The $10,300 MILLIONS North America is down to its last 16 players. A decision was made to halt play for the day at the formation of the last 2 tables in order to leave some fun for Day 4 and Day 5. Indeed, the rhythm of eliminations today was a little too fast, and players were happy to be able to relax and fully recharge before Day 4.

Day 3 started with Kevin Rabichow in the lead. Rabichow increased his stack by 50% and finishes with a very respectable 45,475,000 chips. Joni Petteri Jouhkimainen and John Cayley are extremely close, trailing by less than a million. 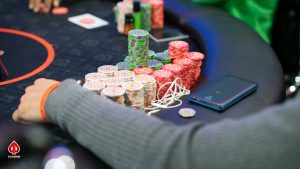 Danick Landriault however, is the story of the day. From a 17M stack at the beginning of the day, he climbed up to a mind-boggling 97,200,000 chips. Although he never set foot in the Stream area, every time we walked by his table, his stack had grown a little bit: the true mark of solid play. Towards the end, however, he managed to make a giant leap after flopping a full house with a 7 and a 6 against Queens. That hand, while causing the elimination of a player who was not short-stacked at all, propelled him way ahead of the field. Landriault is a well-known local at Playground, having played both cash games and tournaments here for years. He is also a great guy who is always nice and polite to everybody, players and staff alike, regardless of whether they return the favour or not. 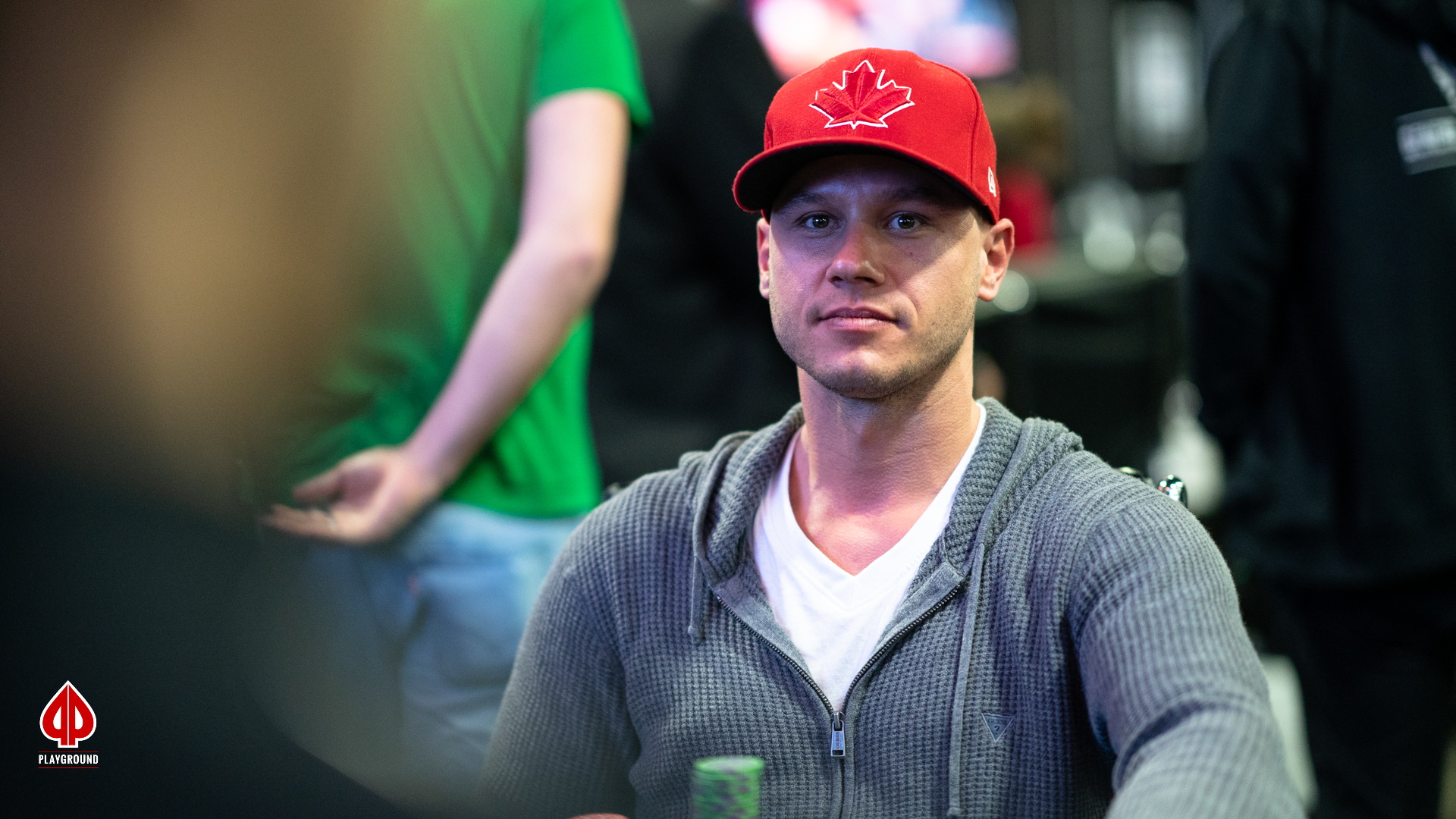 The tournament staff shared the seating chart for Day 4:

As is customary with poker live Streams, a new table was brought on the stage after 2 hours of play. The practice is done in the spirit of fairness, as the many cameras may intimidate some players, but more importantly, the lights make the ambient temperature very hot.

Here are the featured players with their respective stacks: 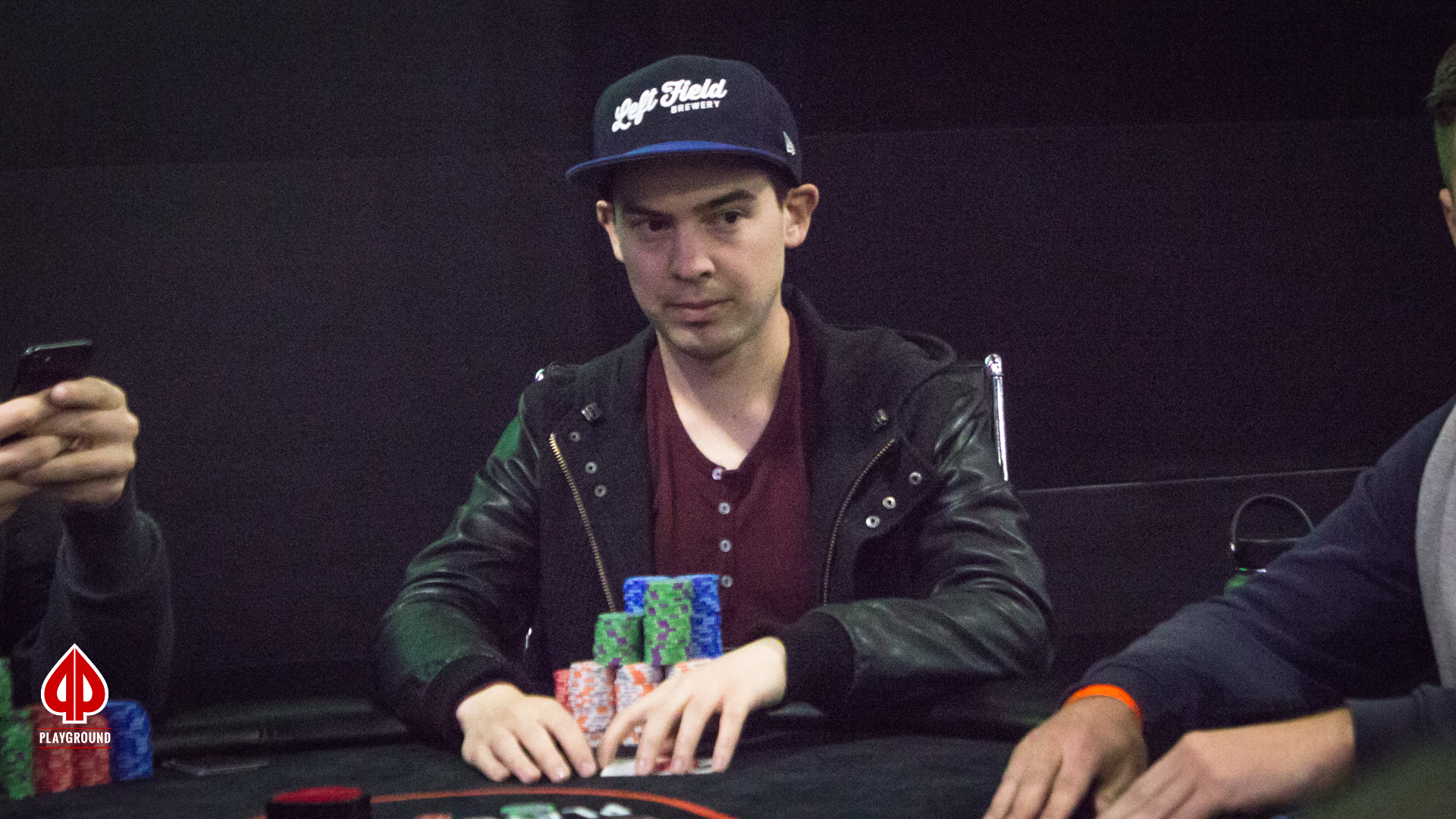 Players have scuffled through 4 out of 8 levels to be played today, and they can now enjoy a 1-hour dinner break. there are 26 players left in the field, and the monster prizes are approaching. Benjamin Heath is ruling the Stream table, but the actual leader is Danick Landriault, a strong local player who is no stranger to deep runs.

We hope that you are enjoying the partypoker LIVE MILLIONS North America Stream, live from Playground. Here is a full seating chart with complete counts:

Bryn Kenney, the player showcased on the Stream in seat 4, is fresh off a trip in Montenegro. Of course, he played some poker there, as the Triton Poker Super High Roller Series was unfolding at the time. Being who he is, he shipped 2 events: the 6-Max and the Main Event, for over $4M US total. He is now 4th on the All Time Money List with over $34M in earnings, and hopes to add another million to that total.

Bryn Kenney is one of those players who instill fear, uncertainty and doubt in even the most experienced tournament grinders. 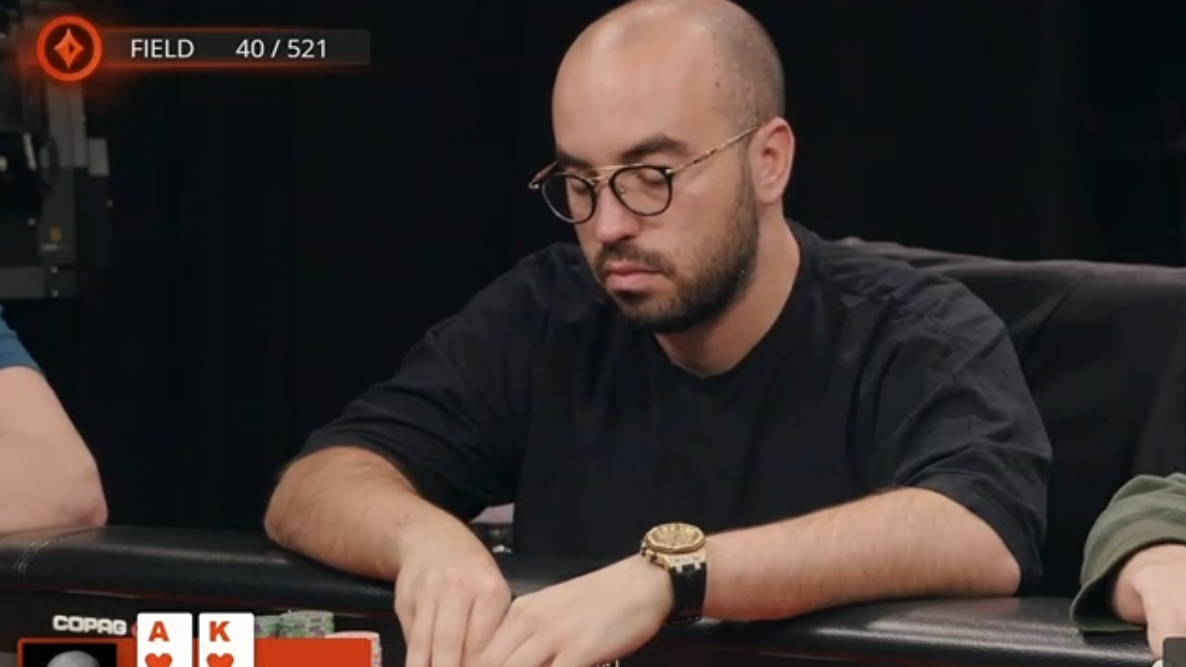 Players just took a short break to move one table to the Live Stream. Anyone who enjoys top level play is in for a treat… take a look at this lineup!

Play is streamed with a 30-minute delay. Action will come on your screen at around 4:00PM. 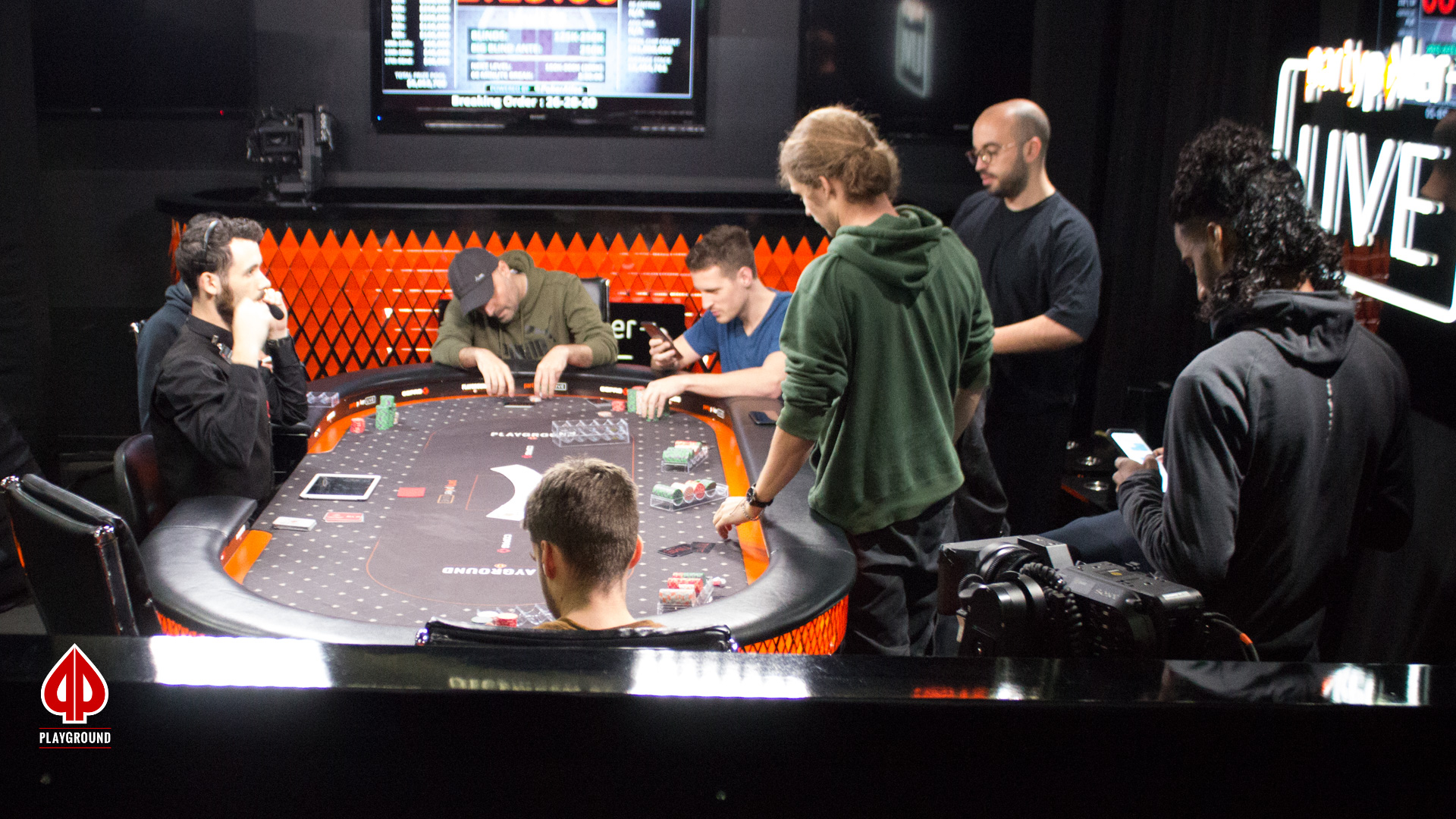 Because hand-for-hand play paused the clock many times, the first scheduled break was pushed back. To accommodate players, an unscheduled break was granted, and all were able to stretch their legs and reassess their strategy. Of course, we took the opportunity to find the biggest stacks.

Kevin Rabichow has managed to amass an impressive 40.5M chips, almost 4 times the average! He is way ahead, as the second spot is shared by 3 players at about 26M. Here is our current top 5:

Lander Lijo, down to about 3M, took a stab at the blinds by going all-in. He got all the folds he needed, except one: Joel Miller was sitting in the big blind with a monster.

On the flop, Jason James tried to encourage him by calling runner runner ten for a chop, but the turn brought much better: a flush draw for the win. Unfortunately for Lijo, the reddest of all 7s fell on the river, and that was it for him.

Two local players clashed on table 19. Carl Martel was getting short and was dealt a hand good enough to go in under the gun with 1,855,000 chips. Action folded all the way to Marc-André Ladouceur, an all-around solid player with a well-established reputation in the highest circles.

Martel survives and both players are now at about 3.5M. 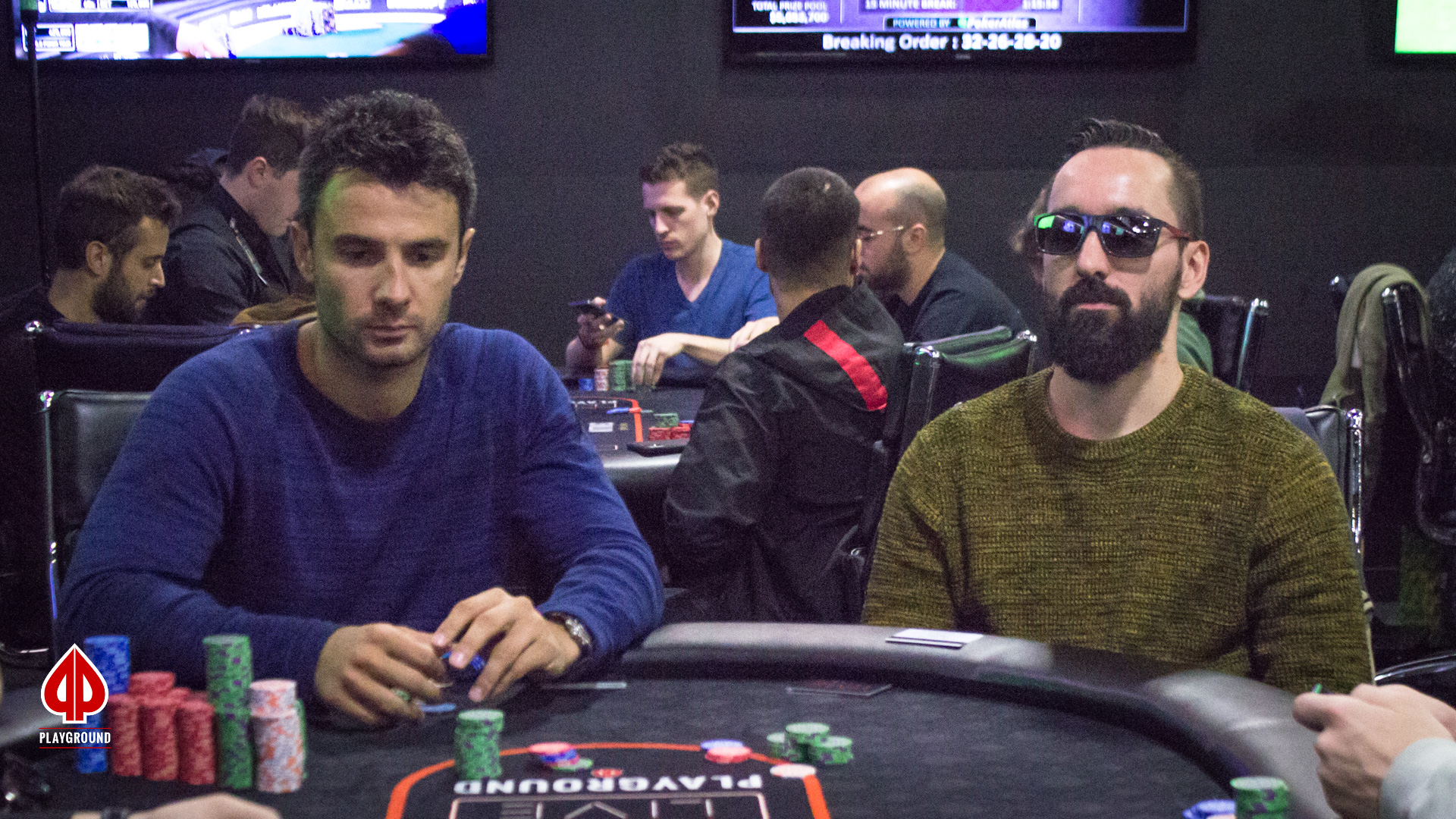 Day 3 of the $10,300 MILLIONS North America Main Event lost a player quick in Michael Laufer. About 30 minutes later, Sandy Lam walked away. Players were now playing hand for hand, the shortest looking to earn themselves a $20K pay.

A few hands later, Cedrick Angove-Bernier found himself the victim of a savage setup. He thought he had found a great spot to rise above the danger zone, but it sure wasn’t so:

The board did not help him, and he left the room with nothing but a story. Plays resumes normally, and we can expect a good number of departures in the next hour.

Some photographs of some of the wealthiest players:

After two starting flights and a grueling Day 2 that brought the Main Event field from 258 to 66 players, we are finally on the verge of cracking the bubble. Play starts at noon in Day 3 of the $10,300 MILLIONS North America Main Event, and we only need 3 eliminations before the field reaches the prizes. The minimum prize is $20,000, which makes a pretty big jump between the bubble boy and the next bust.

To say that there is a lot of skill left in the field would be a glaring understatement. Instead of listing them here, we prefer to link to the seating chart, because all these players have skill, experience, and the strong will to add to their lifetime winnings.

Today, we play 8 levels of 75 minutes each, after which the survivors will bag their chips onto an even more important day! Shuffle up and deal!

The MILLIONS North America Main Event attracted 521 entries across two starting flights. When play began on Day 2, 258 players remained in contention. After ten levels of play on Day 2, the field brought down to only 66 players. When play resumes for Day 3 today at noon, the field will be three eliminations away from the money bubble.

The players will start Day 3 seated according to the following table.