After ten levels of serious and intense poker, the initial 258 players that started Day 2 have dwindled down to the last 66 left standing. That is three eliminations short of the money.

Givens quickly gained momentum and reinforced his stack to 10,500,000 chips by the first break, taking the lead.  Loeser had also added a few chips to his count, but had dropped to fourth place on the leaderboard. Sneaking in between Loeser and Givens, Austrian Armin Rezaei had nabbed the third slot.

After four levels of play, Rezaei was now chip leader whereas Loeser and Givens had dropped to 3rd and 8th place on the second break leaderboard.  Midway through the flight, more than 135 players had been eliminated, and the action was unrelenting, especially on the shorter stacks.  Every increase in the blinds added some extra pressure, and the players were feeling it.

At the dinner break, Givens was still on a great streak and was now up to over 13 million chips. Chicago’s Kevin Rabichow and Loeser were right behind him. With only two levels left to play, Austrian Dietrich Fast and Canadian Josue Sauvageau made their first appearances in the top slots of the leaderboard, followed by Rezaei who was having an amazing day of poker.

The Action Clocks and time cards were introduced at the last level of the night, as the players were approaching the bubble.  There were a few eliminations but not enough to reach the bubble.  With a few minutes left on the clocks, hand-per-hand action started, allowing for three last hands of the evening to run simultaneously on every table. One elimination ensued from that period, but it ended three bust-outs short of the money.

When all was said and done, Kevin Rabichow was the top bagger of the day with a whopping 30,105,000 stack.  Armin Rezaei, almost ten million chips behind Rabichow, threw 21,030,000 chips in his bag.  The action will resume tomorrow at 12:00pm for Day 3, which promises to yet again be an amazing day of poker.

Here are the remaining days for the conclusion of this event: 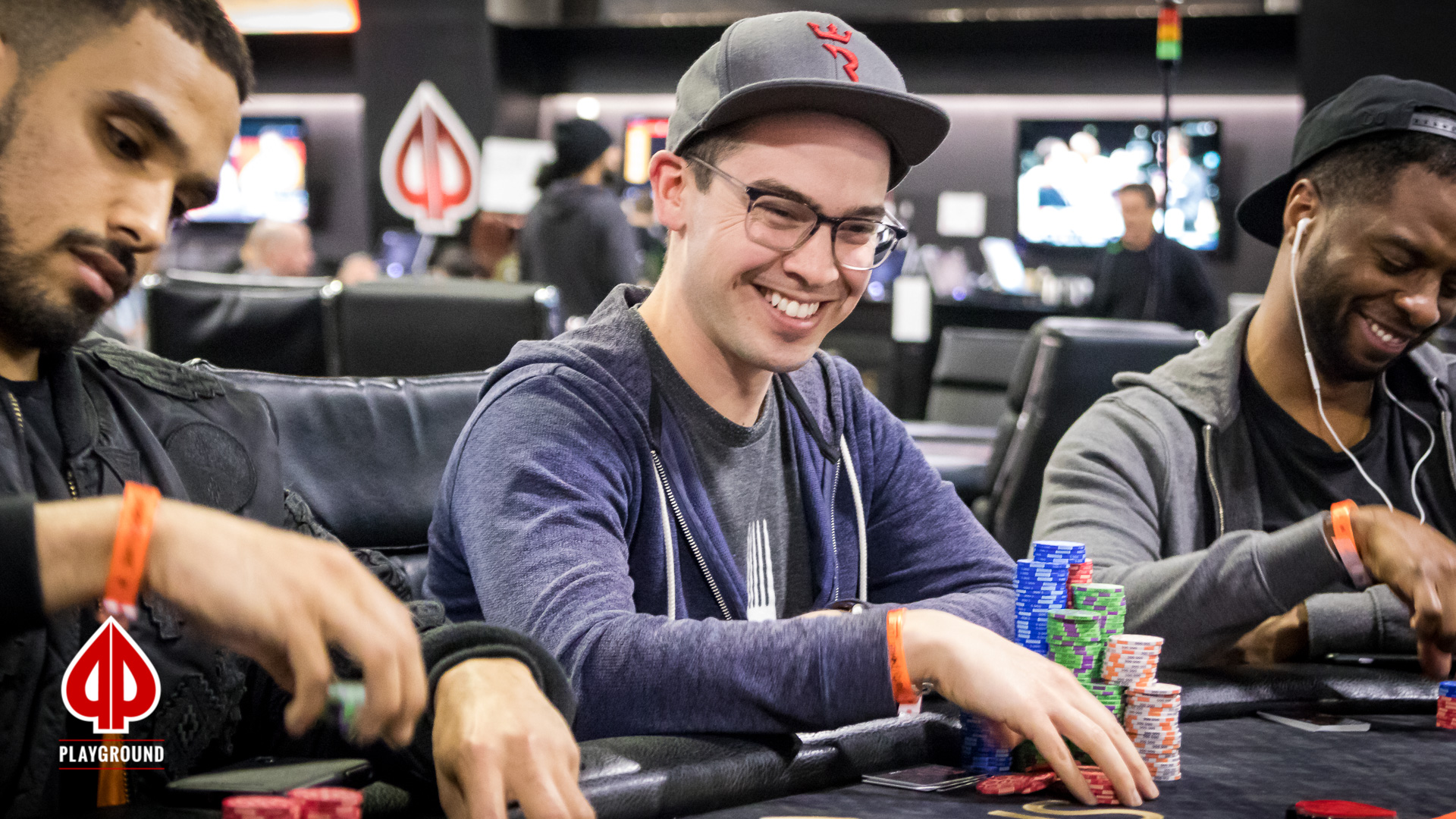 With only two levels left of play in Day 2 of the MILLIONS North America Main Event, Dietrich Fast is the current chip leader. He is siting on 17,340,000 chips, more or less ten million chips above the averages stack.

Josue Sauvageau and Armin Rezaei are in 2nd and 3rd place on the leaderboard with 15.68 million and 14.58 million chips respectively.

The tournament clock has been paused. Every table is receiving an action clock which will limit player decisions to 30 seconds. Each player will receive six 30-second time extension chips. 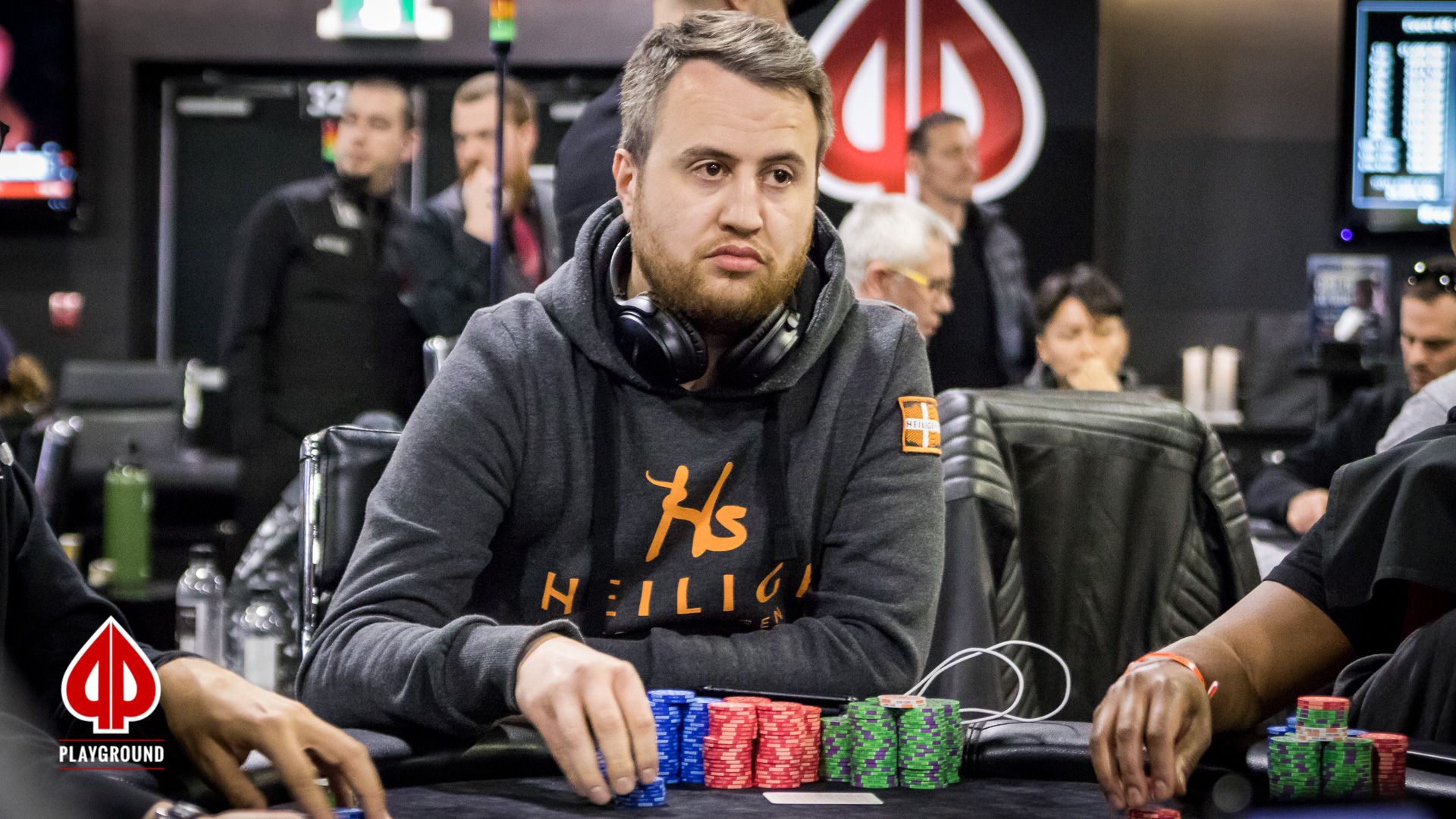 The players are taking a welcome break for dinner before they settle back in their seats for the last four levels of play in Day 2.  William Givens is still going strong and has improved his stack to 13,735,000 chips.  Kevin Rabichow has built up his stack to 12,370,000, and is now second in chips.

While everyone is grabbing a bite to eat, we wanted to share some background information about some of the players in the field today.

Currently third in chips, Manig Loeser, is still on a good streak, he just won the EPT Monte Carlo Main Event (€5300 buy in) for over €603K.

Ami Alibay is slated to play the final table of the WPT Seminole Hard Rock Poker Showdown, being held in Vegas at the end of this month on May 30th. Maria Ho is also on that final table, along with Eric Afriat, who finished in the top 15 of the MILLIONS Montreal Open a few days ago.

And last, but definitely not least, Antonio Esfandiari recently spent 6 months training for a boxing match vs comedian Kevin Hart and won.

Bagging an impressive 6.84 million chips Tuesday night in Day 1A, Canadian Sandy Lam was chip leader today, coming into Day 2.  After a few levels, the lovely lady had run into some trouble and saw her stack reduced to approximately 2 million chips.

We caught up with her and she is fighting back, big time.  Not only has she made it all back, she’s managed to scoop up some extra chips on top.  She is now back up at approximately 8.5 million chips and showing no signs of letting up.

The dinner break is coming up soon and this will give us the opportunity to bring you a complete chip count of the remaining players. 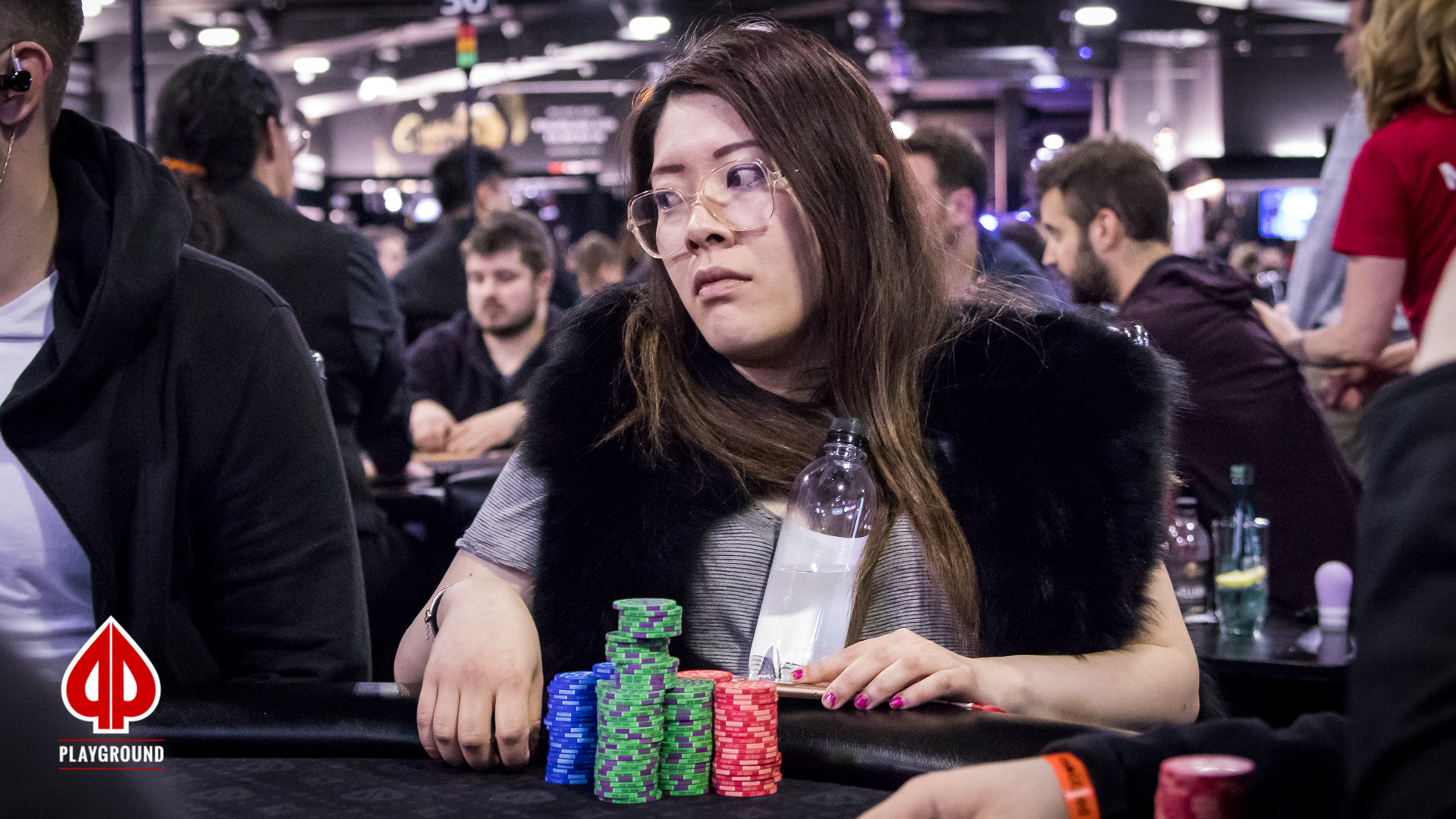 The players have just entered level 16 on Day 2 of the MILLIONS Main Event. Now at the mid-point in today’s action, an hour away from the dinner, 120 players are still in the running.

The players are managing their stacks carefully this afternoon; the showdowns are few and far between. The top 63 finishers will cash this event so expect the tension to mount further as number of players continues to shrink. With each hand taking on more and more importance as the day progresses, every pot will be hard fought.

Here are some photos from level 15:

As the tournament dives into it’s fifth hour of play of Day 2, Armin Rezael is the current chip leader, and has put quite some distance between himself and the rest of the field. Sitting behind an imposing wall comprised of 11,900,000 chips, he is almost three million chips ahead of his closest competition.

The next two players on the leaderboard are Maurice Hawkins (9,055,000) and Manig Loeser (8,220,000), both seated at the same table. Rezael and Hawkins improved their stacks from the last leaderboard, whereas Loeser’s maintained his previous stack at pretty much the same level.

Previous chip leader William Givens has dropped quite a few notches. He is still on the leaderboard, but went from 10.5 million chips to 7.45 million. Notwithstanding the decrease, he is still playing a very decent stack, at twice the current average. 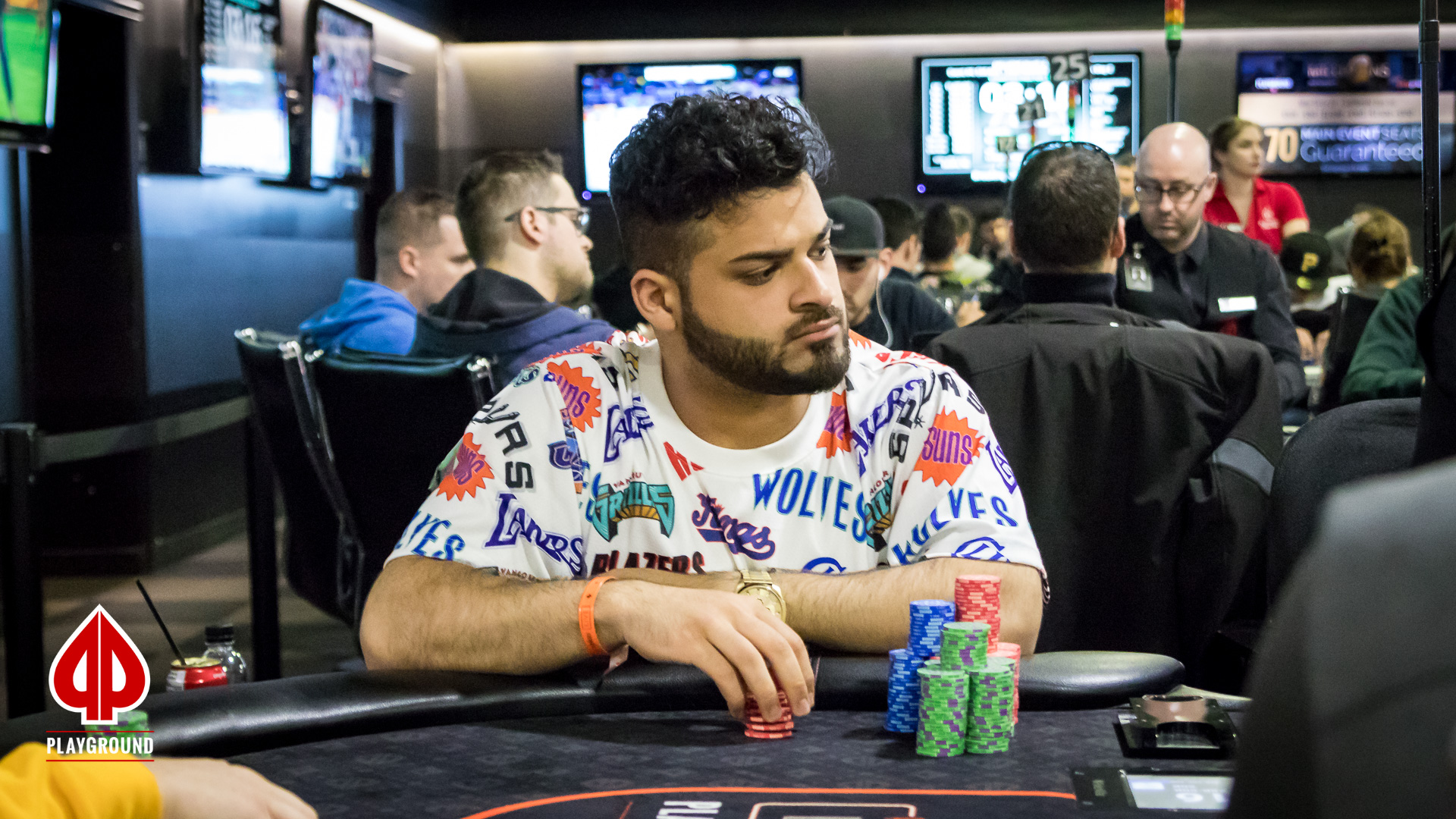 Tim Vukson did all he could.

We got to the table and noticed a pretty hefty pot, next to a full board:

. Everything seem to be dangerous on this board, flush, connectors for a straight, set, boat, you name it.

Big blind, Vukson had an all-in card in front of him and had just pushed all his chips out for the dealer to count. The only other player in the hand was Michael Mcdonald, and he was deep in the tank. The dealer announced the all-in amount, “One million, four hundred and twenty five”.

Stone faced and staring blankly ahead, Vukson didn’t flinch throughout Mcdonald’s drilling. “Do you want me to fold?”, “How strong are you?”, and “Where are you from?”. The last question receiving chuckles from the rest of the table. Vukson’s blinking eyes were the only sign he was alive.

Covering his opponent by a few million chips, Mcdonald seemed to come to a decision and threw in one chip for the call. Vukson produced a crooked smile and said, “good call”, which probably was music to Mcdonald’s ears, and turned over his hand:

, for ace-high. Mcdonald turned over his black kings

and that was the end for Tim Vukson’s journey.

Every chip counts and after the hand Mcdonald was sitting on north of 5.1 million chips. 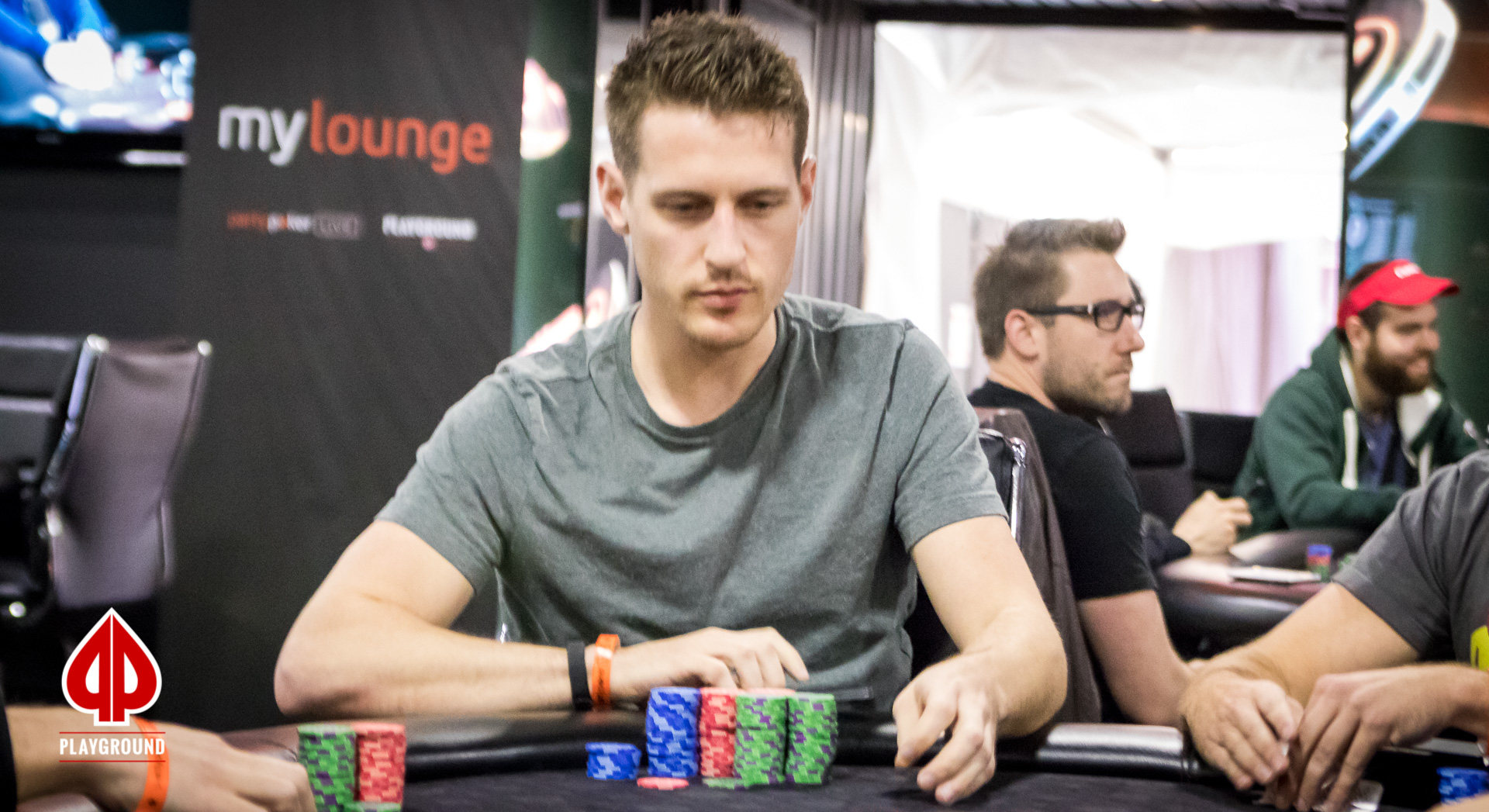 The players are returning to the felts after their short break between levels 12 and 13. This gave us the opportunity to collect the names of players with stacks of 4 million chips and over, to bring you the first leaderboard of Day 2.

William Givens, who bagged the most on Day 1B, has improved his stack considerably and is the current chip leader with 10,510,000 chips in front of him. In a league of his own, he is presently the only player in the field with a 8-figure stack.

Armin Rezael occupies the second slot of the leaderbord with 8,650,000 chips. Santiago Plante is close behind with 7,990,000 chips.

Coming in on Day 2 as chip leader, Sandy Lam stumbled out of the gate and is currently sitting on a stack of approximately two million chips. 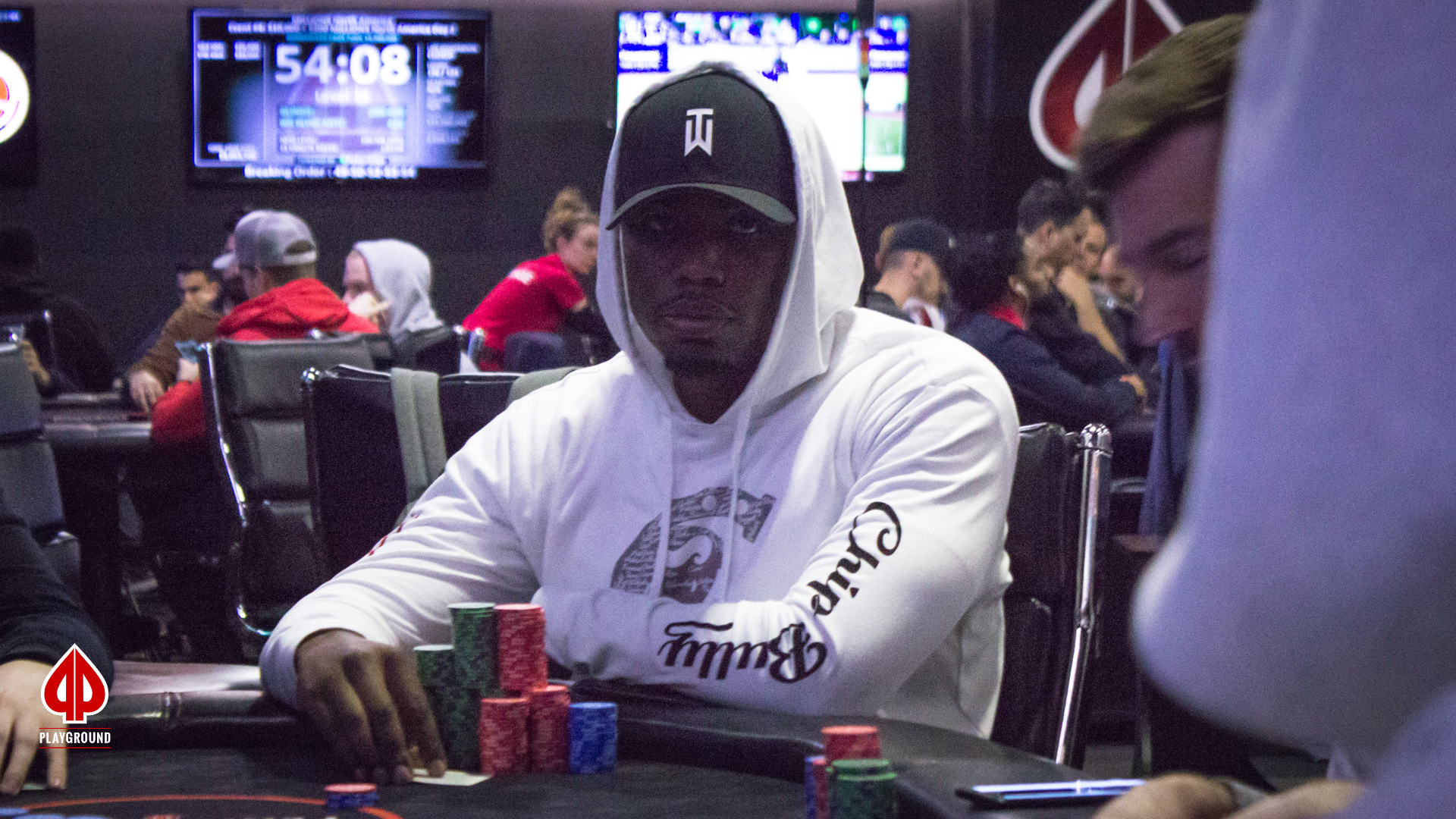 The tournament is entering Level 12 and 30 players have already been eliminated. The shorter stacks are definitely feeling the pressure from their opponents.

Here are a few photos of the players in action, from level 11.

To some qualifiers, the journey to get here was a long one. A total of 203 qualifiers got a piece of the action through satellites, online, live, steps, for the last few months.

The MILLIONS events always rank among the top favorites among the poker crowd, and this edition is no exception. The Tournament Hall has been buzzing non-stop for the last two days. In total, 521 entries were logged for this event, and 258 players made it to Day 2.

Players are done removing their chips out of the bags, and the dealers, waitresses, massage therapists and tournament management are all ready.

And we’re off: “Dealers, shuffle-up and deal!” 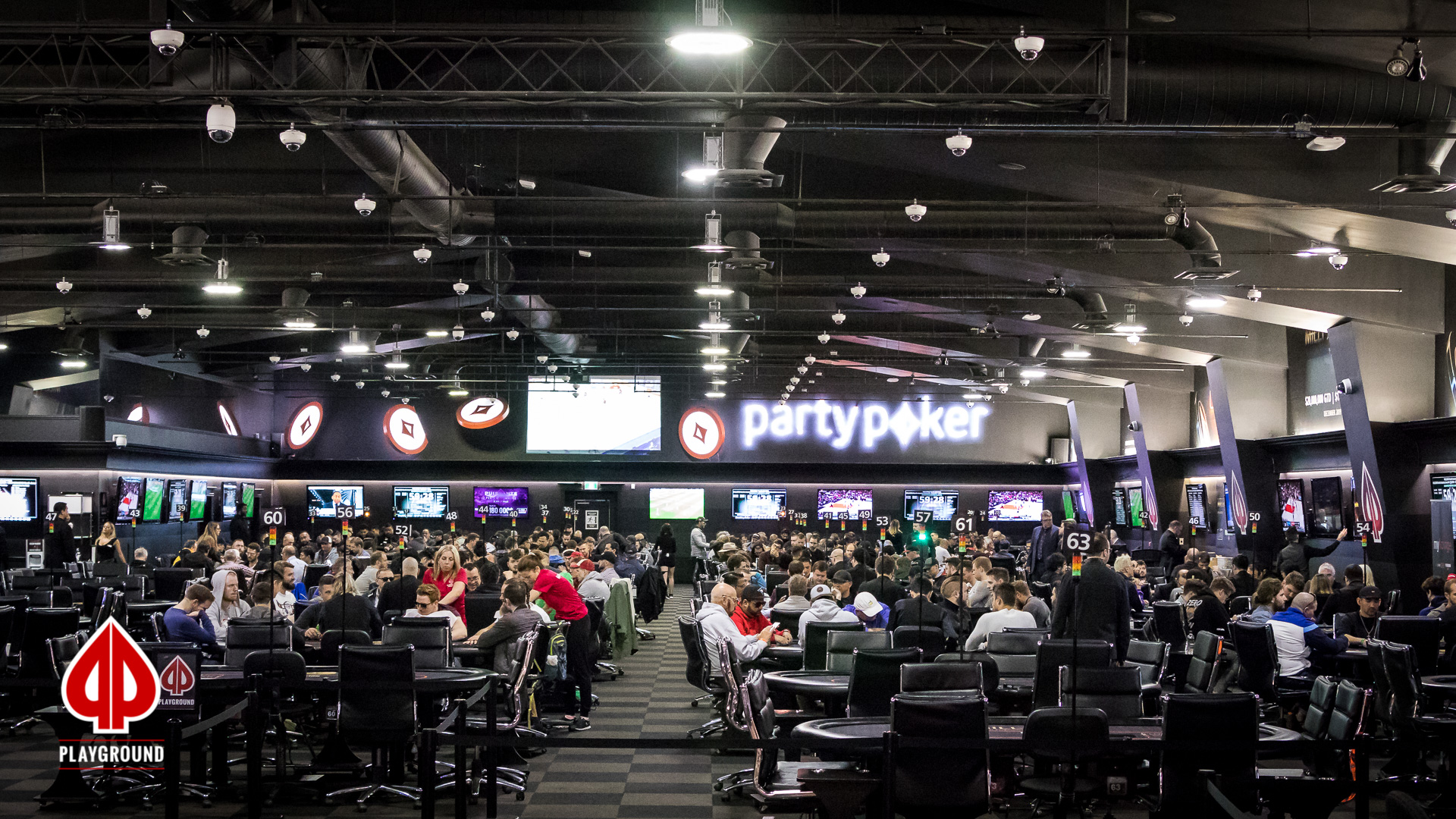 Grab your hats and settle in, because we are ready to roll. No less than 258 eager players are entering the Tournament Hall, ready for Day 2 action.

The blinds resume today at level 11 (15K/30K + 30K) and will increase every 60 minutes. Ten levels will be played and there will be eight players per table.

Everyone is ready for action… 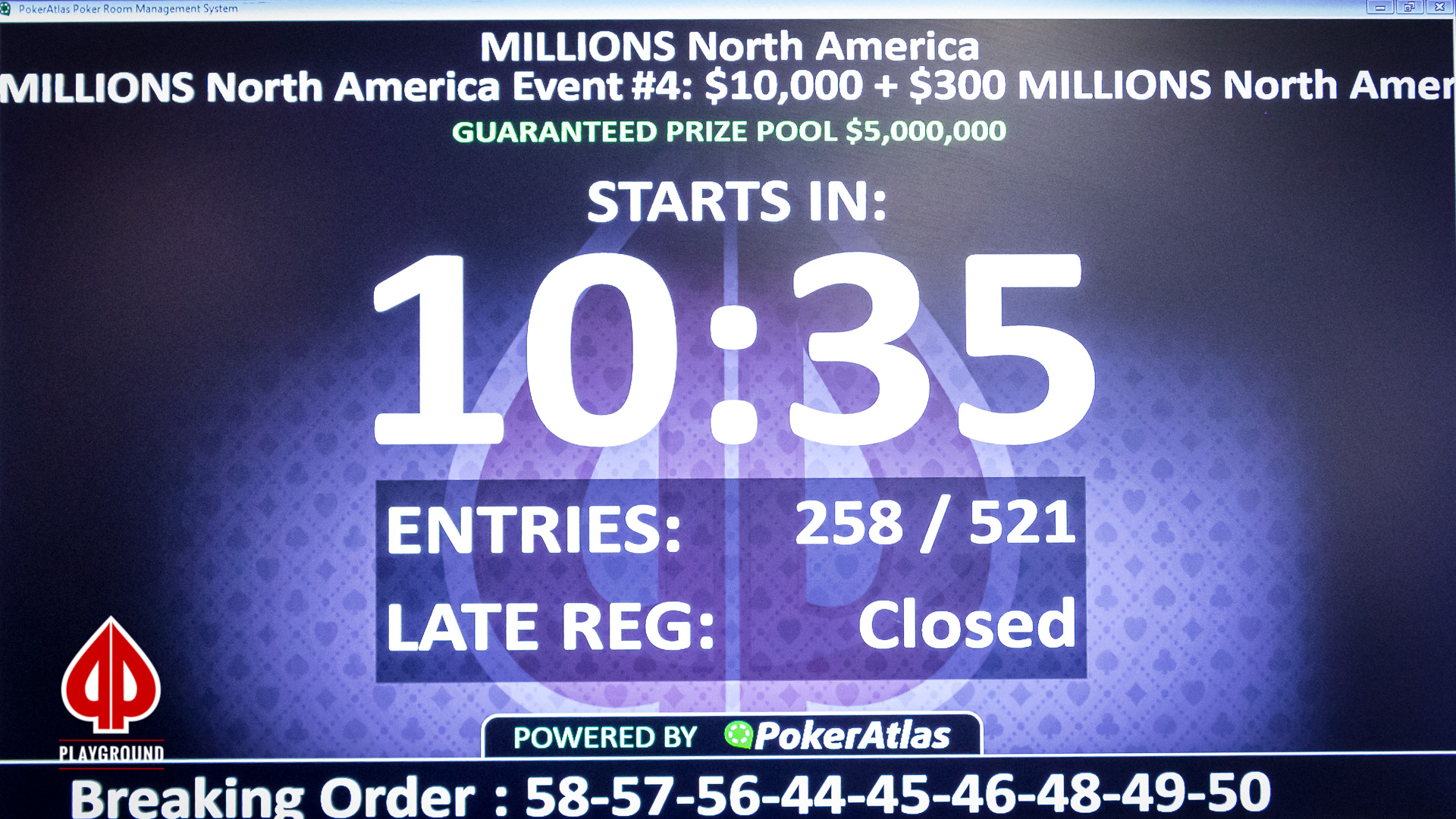 The stage is set for Day 2 of the MILLIONS North America Main Event. Following two starting flights that attracted a total of 521 entries, 258 players made it through to Day 2. This five-day event will play through ten levels today, before the remaining players bag chips for Day 3 tomorrow at noon. You can follow today’s action here; stay tuned for updates and leaderboards throughout the day.

When play resumes at 12:00pm, the players will be seated according to the following table.