After an epic battle that lasted for hours, Lily Kornik is the champion of Event #7, the Playground 1000.

The Playground 1000 brought out an impressive field of 260 entries. The huge field built a prize pool that went far beyond the $100,000 guarantee and created a top prize of $55,430 for the eventual champion. Ali Keshavarz was the Day 1 chip leader.

A total of 82 players bagged chips for Day 2. The chip leader from this flight, Lily Kornik – better known to Playground regulars as “Big Salami” – kept up her strong Day 1 play and jumped out to an early chip lead. Although some other players had their turn as chip leader during Day 2, Kornik was never far off the lead. After the players reached the money, Kornik jumped back up to the top of the leaderboard and stayed there until the chips went in the bag at the end of level 26. Five players were set to return for Day 3 action, which would play down to a winner.

Ariel Celestino was the first to fall, taken out by Kornik. Ariel Celestino exited in fifth place for $15,000. Kornik commented how she very much enjoyed playing with Celestino over the last few days and she felt that she learnt a lot from him. The next to go was Armand King, better known to many as the “Oyster King”. Kornik sent King to the rail in fourth place, good for a cash of $20,060. Kornik then flopped trip kings to eliminate Robert Gariepy who took home $27,060 for his third place finish.

The heads-up battle between Kornik and Frederic Cossette was epic. It not only lasted for hours, it saw the chip lead swing back and forth after every all-in hand. Kornik had asked Cossette if he was interested in an ICM chip chop, but Cossette preferred to play on to a winner. Kornik had the lead for some time, but then lost some key flips and fell to second place. She made it back in a couple of key hands, until finally, the last hand of the tournament was played.

In the last hand of play, Lily got it in with

, and was called by Cossette who had

. As fate would have it for Lily, the flop fell

, and Lily started to shake. Her husband, who had been watching the heads-up battle, put his arm around her as the two of them watched the run out. The turn brought the

, and then on the river came the

, to seal the deal. And just like that, a winner was crowned in The Playground 1000.

a!nd Kornik made the call with

, giving Cossette a set. The turn was the

and the river was 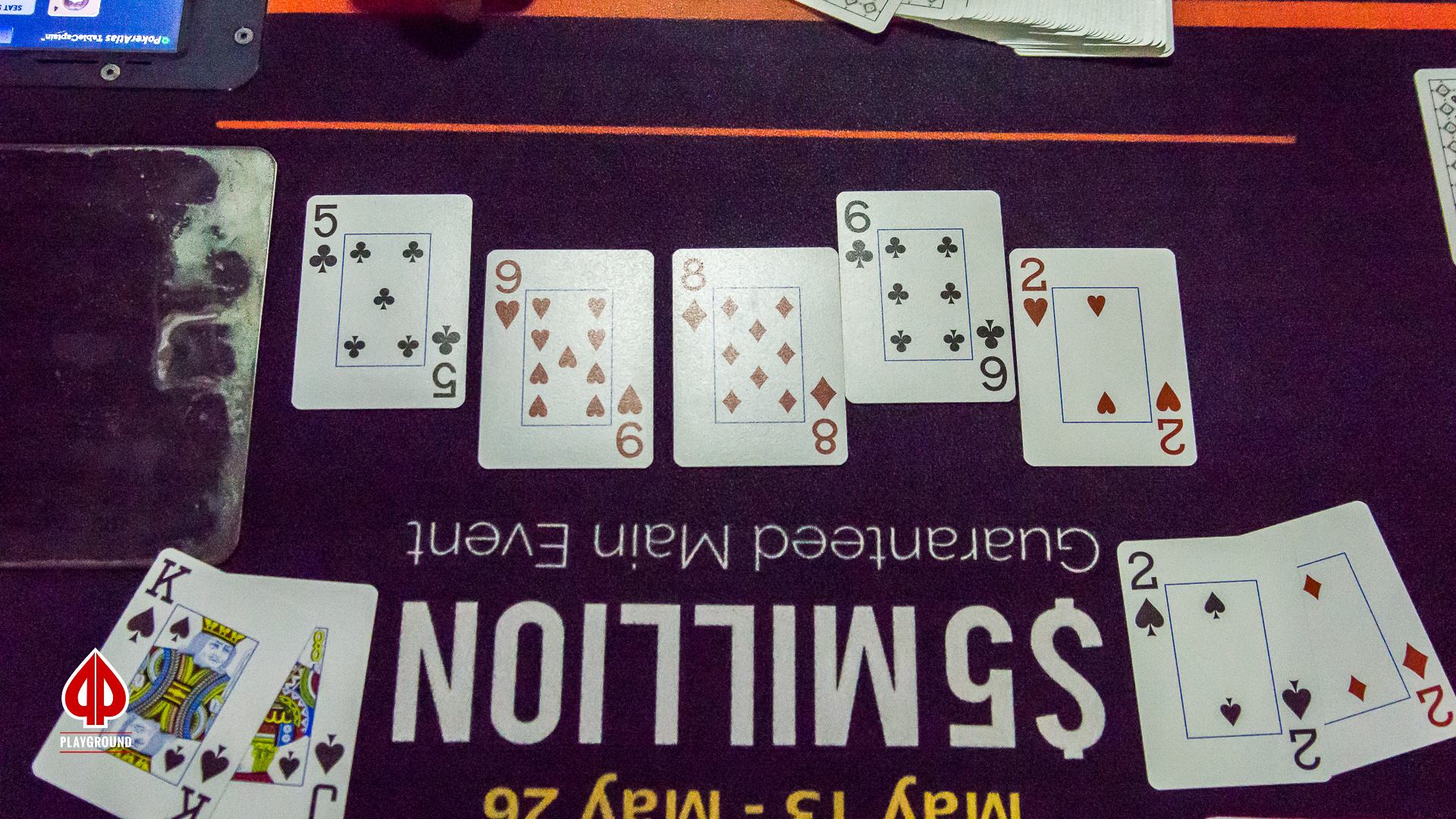 Kornik had flopped two pair for the win (the

on river were not of any consequence).

Cossette told us that “she’s so tight, even though we are heads-up I wasn’t sure if I should be calling or not?”. 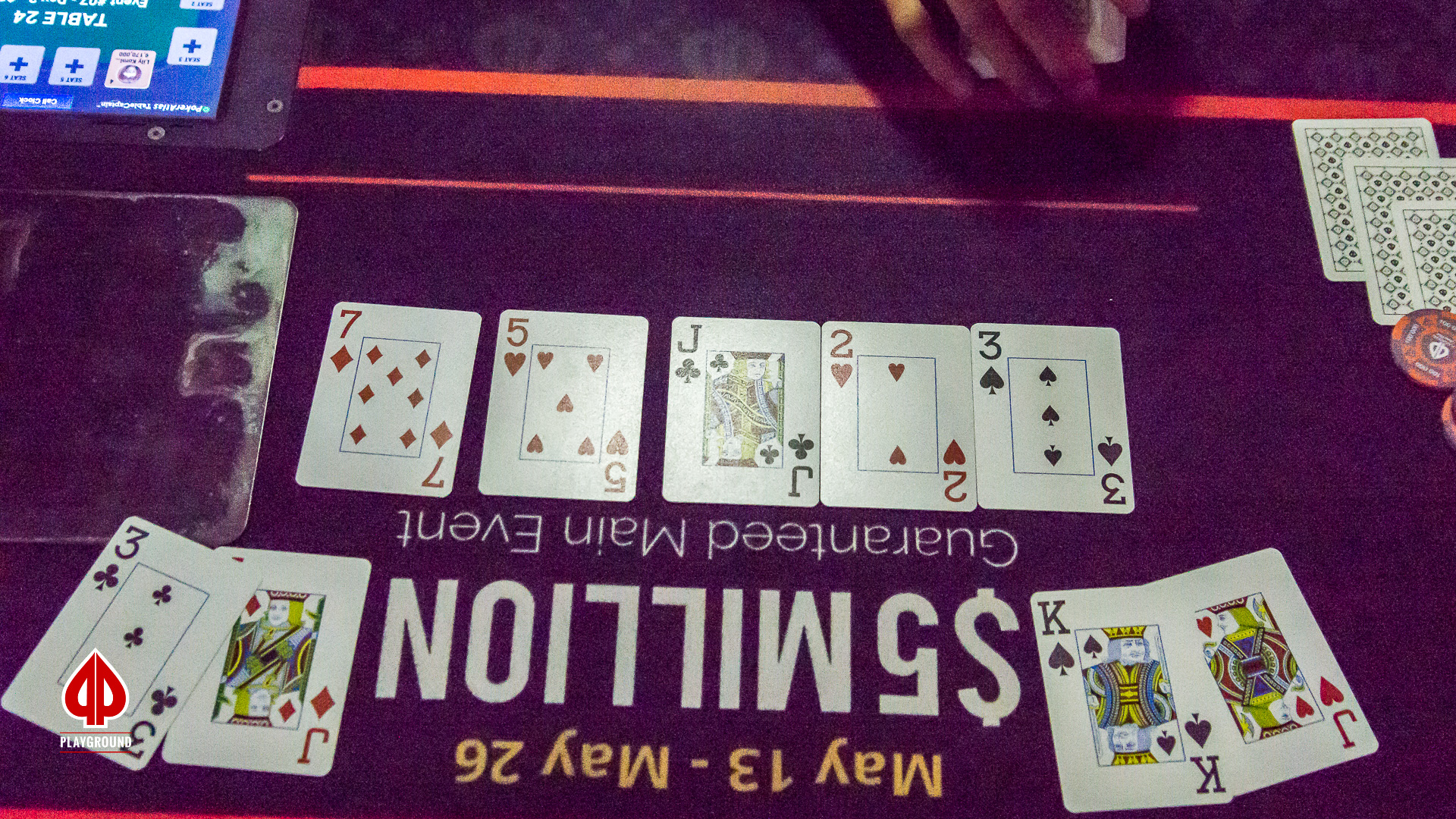 The ping pong ball has literally been going back and forth for the entire level. First Cossette wins an all-in, and then Kornik wins one, and chips just keep moving across the felt.

and Kornik called with

. The board run out was

and Cossette takes the lead 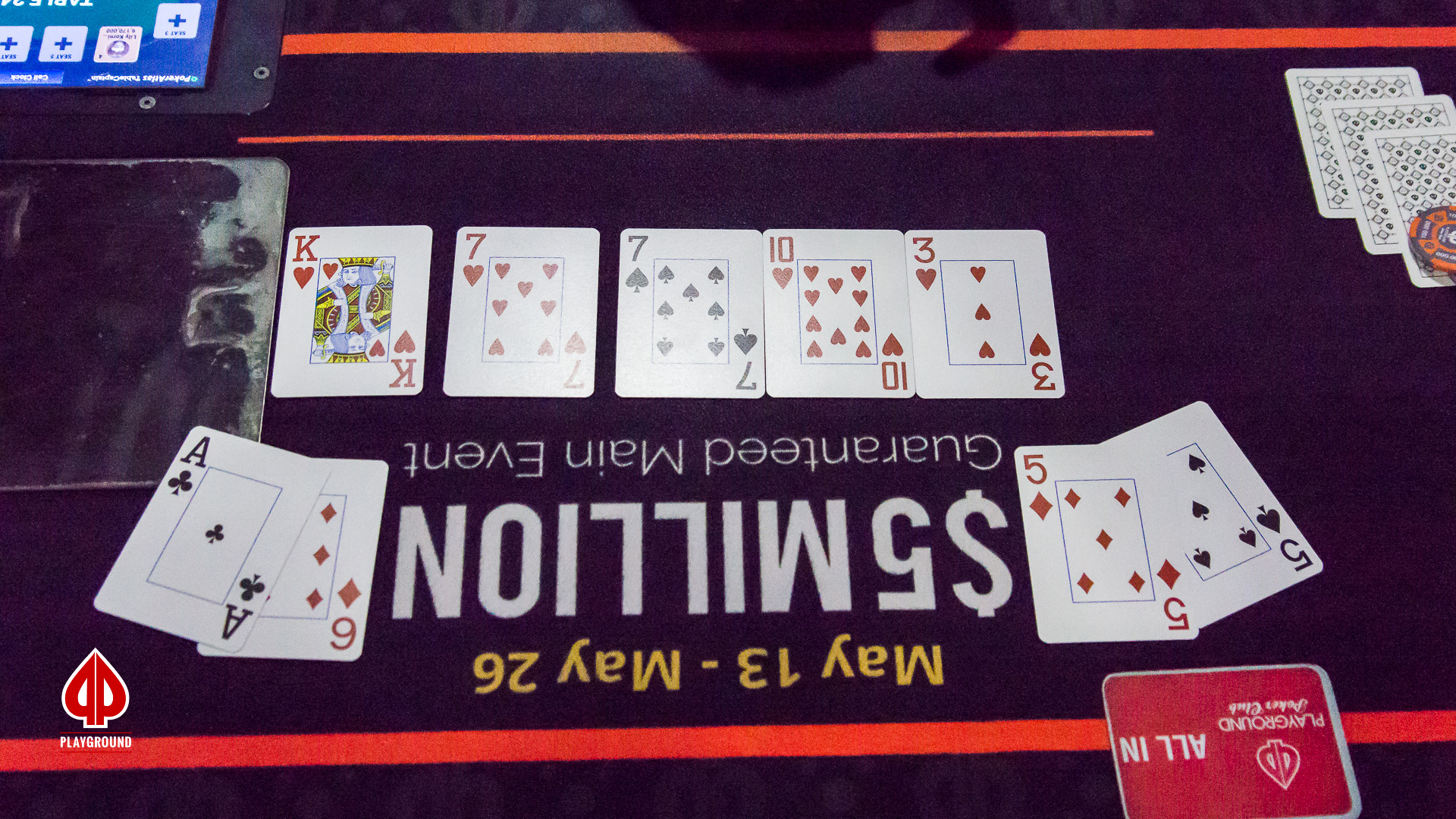 The battle going on is like a ping pong match, as the chips keep moving back and forth across the felt. Cossette moved all-in and Kornink had picked up a pair and made the call.

on the river did not deliver what she was hoping for, and chips moved across the table to Cossette. 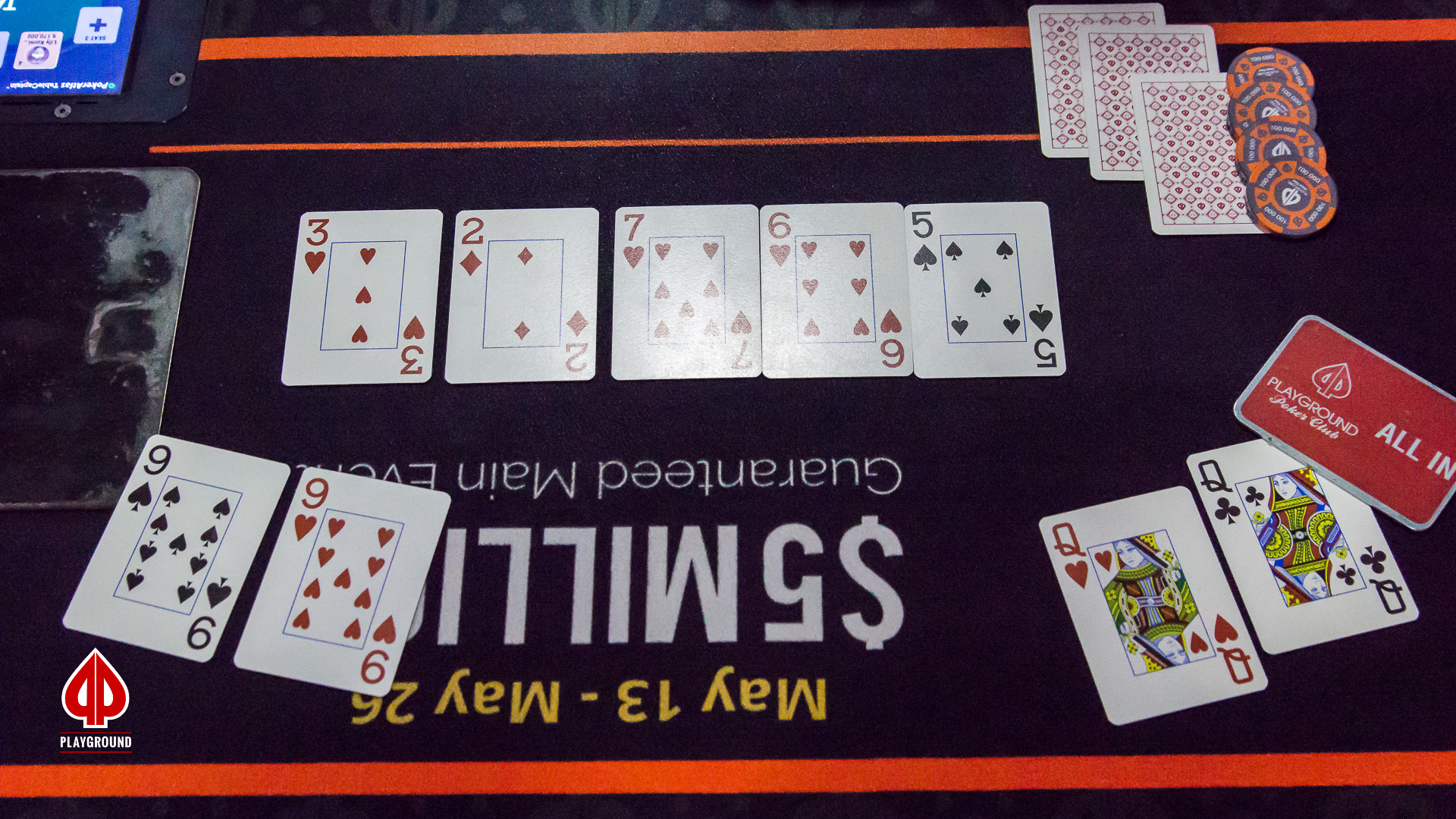 and had a call from Lily Kornik. Kornik had

The flop was a dream flop for Kornik,

, as she hit trip kings. The turn

kept it clean for her and she sent Gariepy to the tournament desk to collect his third place payout slip for $27,060, while taking back the lead at the same time. 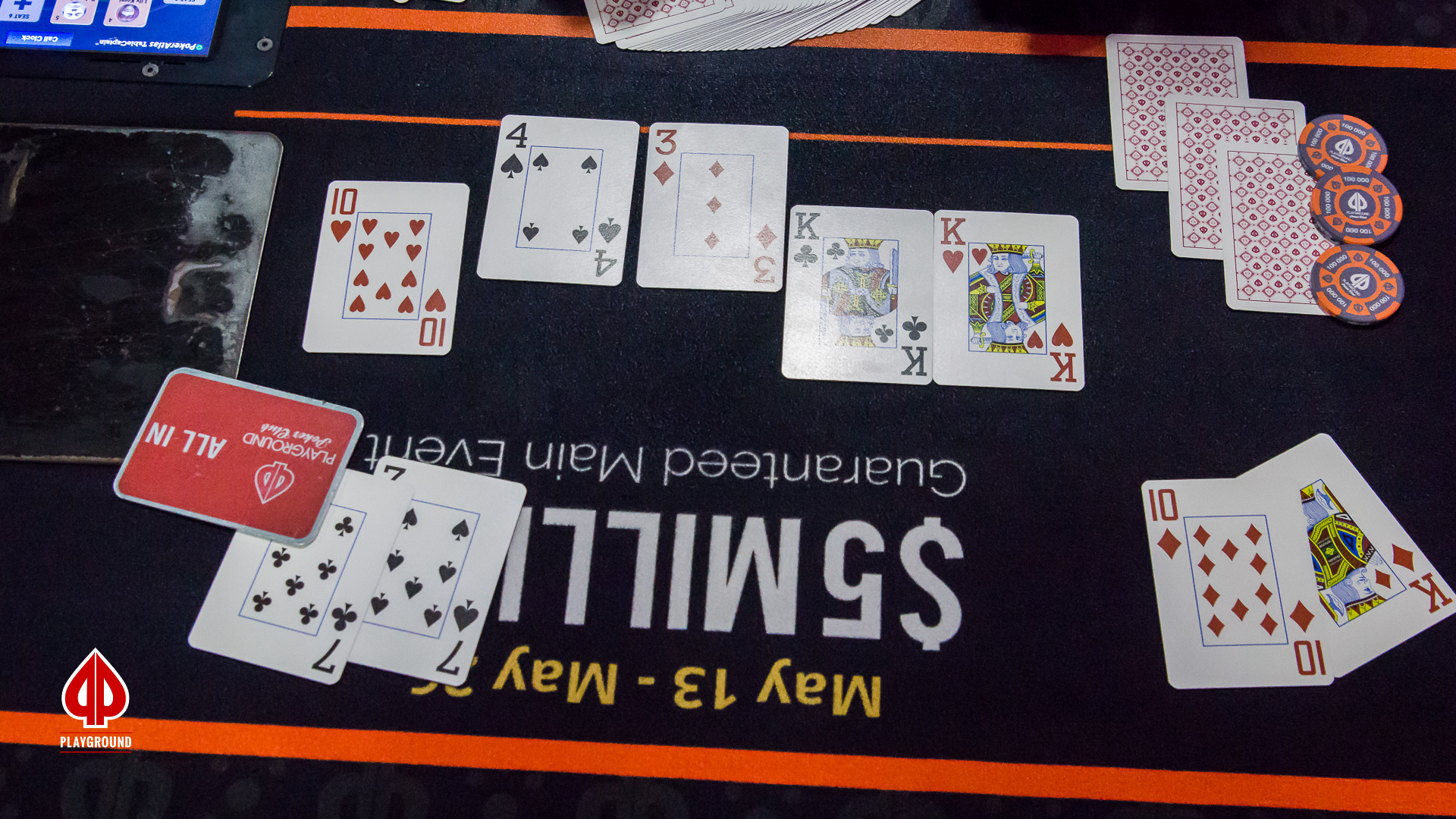 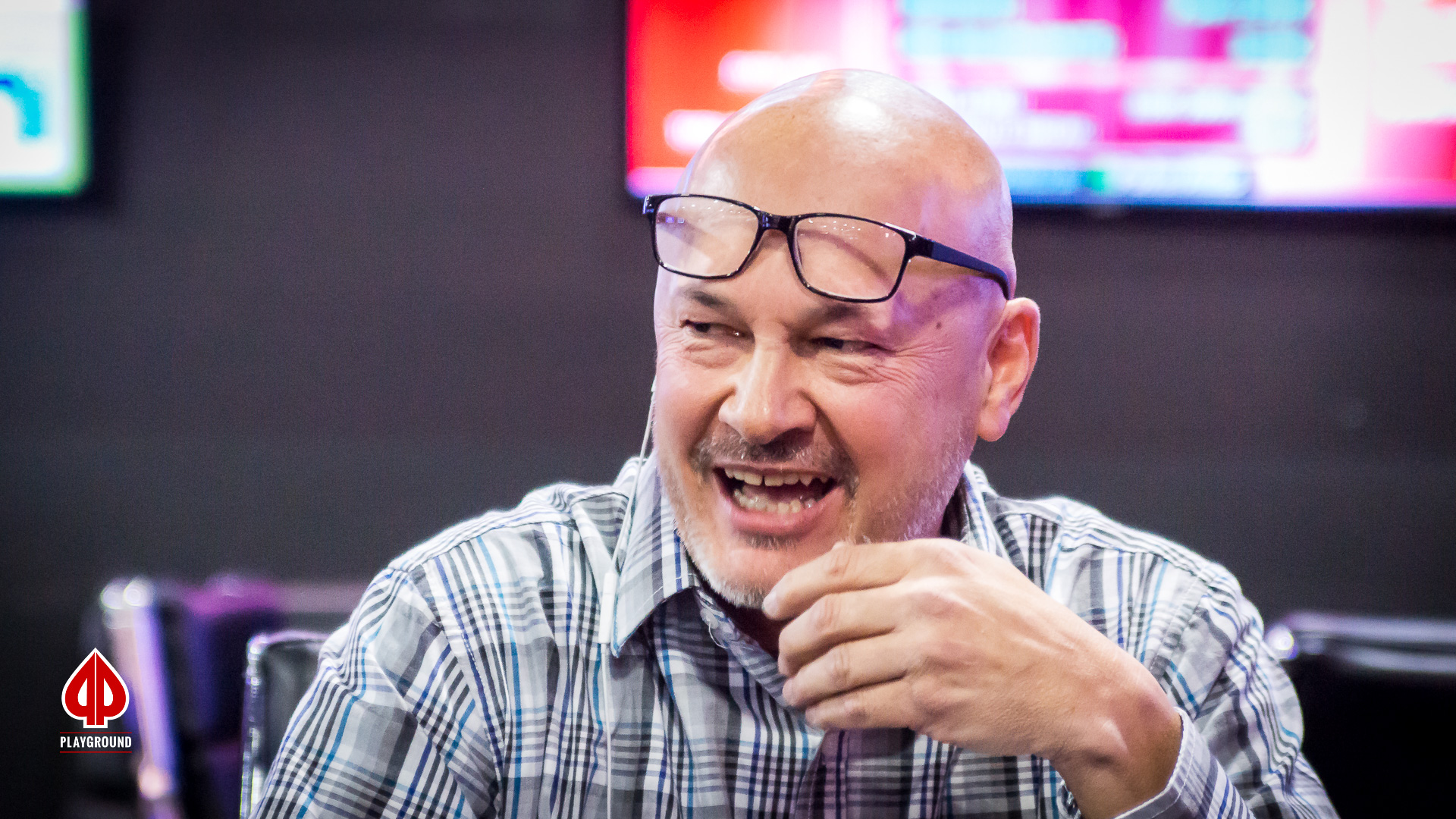 Frederic Cossette has won a few key pots since the break and has now taken over as the chip leader. Kornik had asked the two other players during the last break if they were interested to look at the ICM chip chop numbers, but Cossette had replied “let’s have fun and play poker”. At the moment, it seems like he made a wise decision, but only time will tell as the lead can easily change back to one of the other two players on the table. 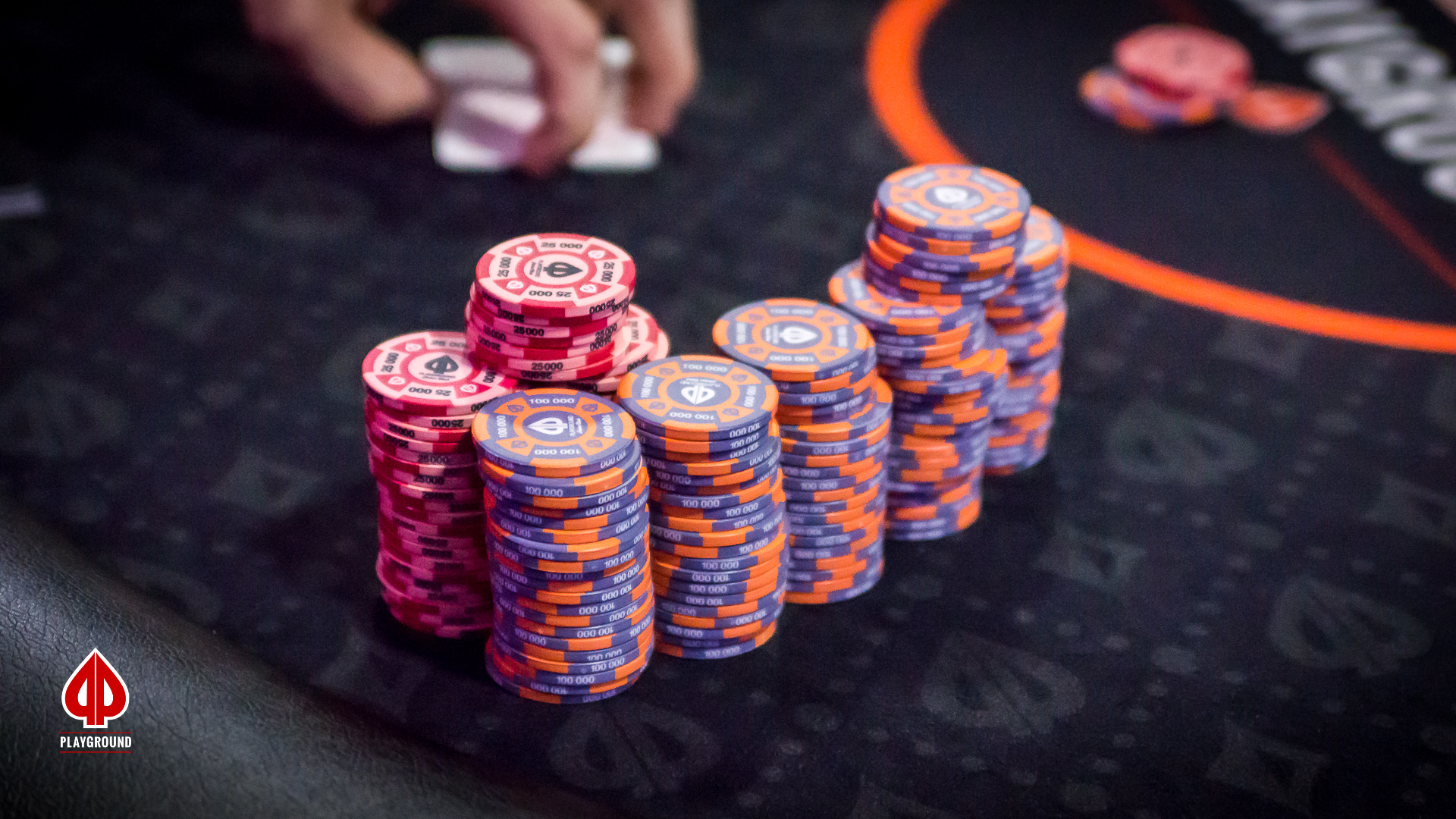 The players have just gone on their first break of the day, and we counted their stacks.  Lily “Big Salami” Kornik remains in the lead. 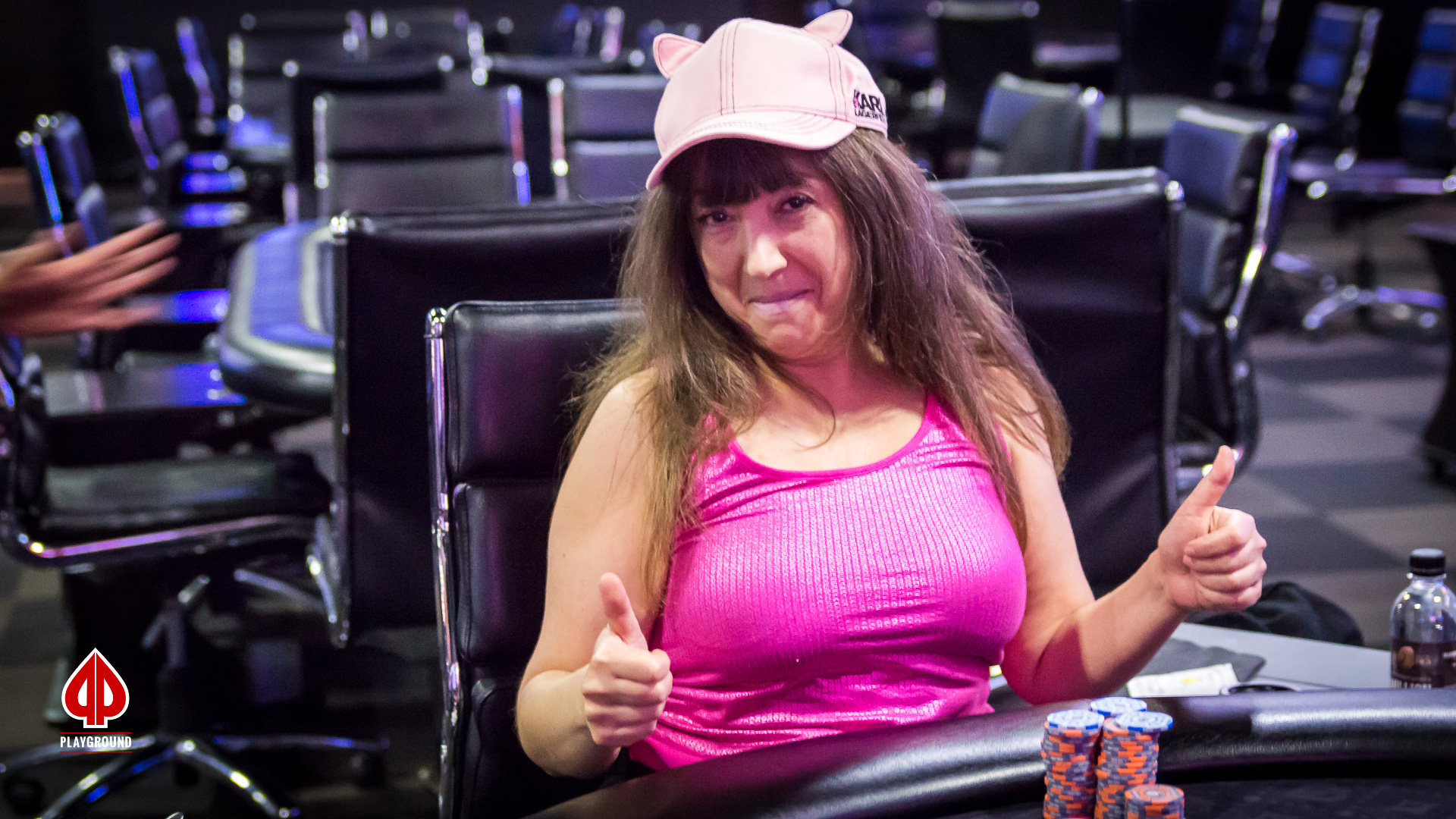 Action was heads-up between Kornik and King as they went to the flop. The flop came

, and Armand King moved all-in. Kornik made the call, but was concerned that she might be up against a set.

King had hit top pair and was hoping he was up against AK. Kornik had the ladies, for an over pair. The

on the river didn’t change a thing, and King was sent to the rail in fourth place for $20,060 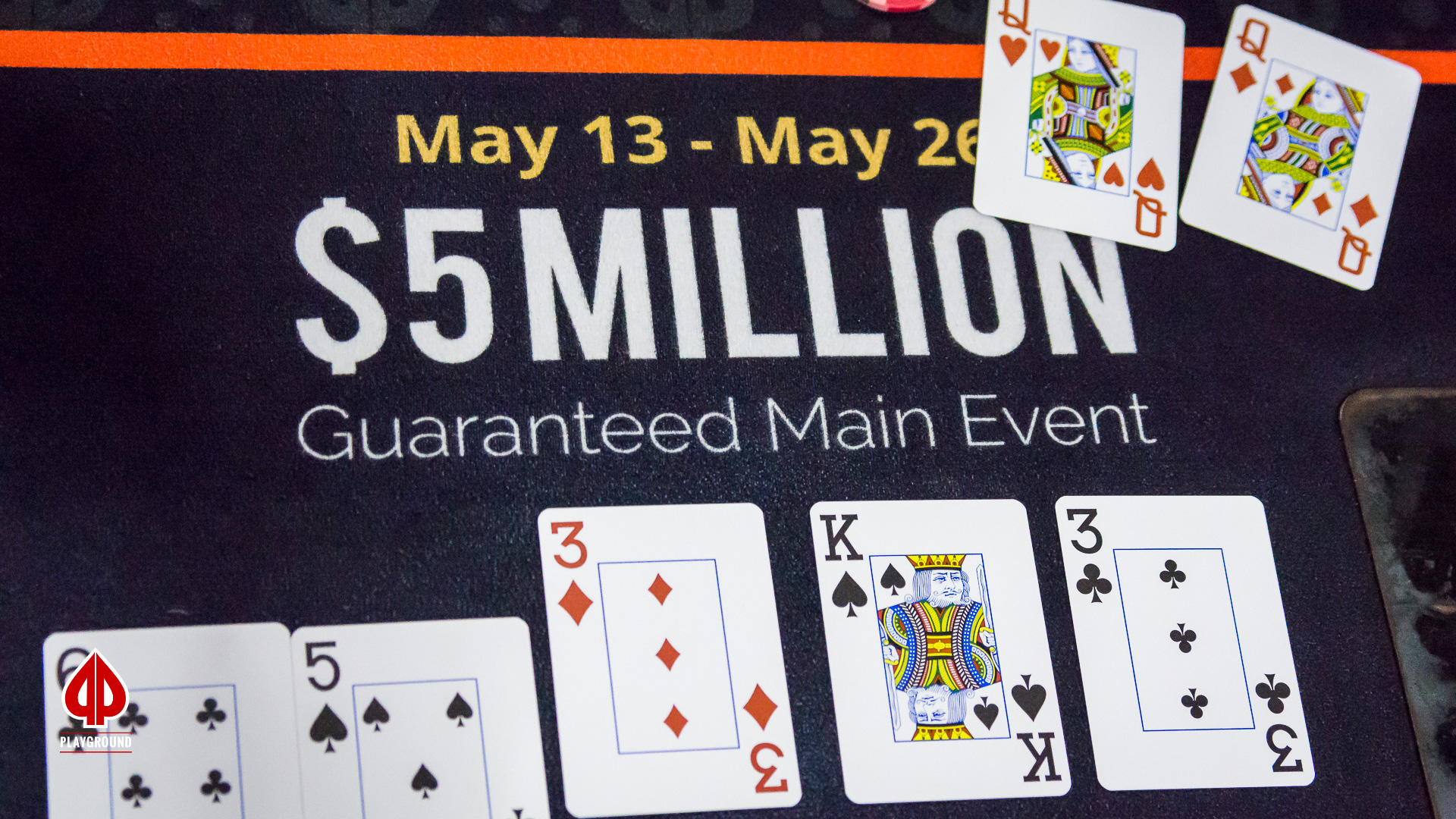 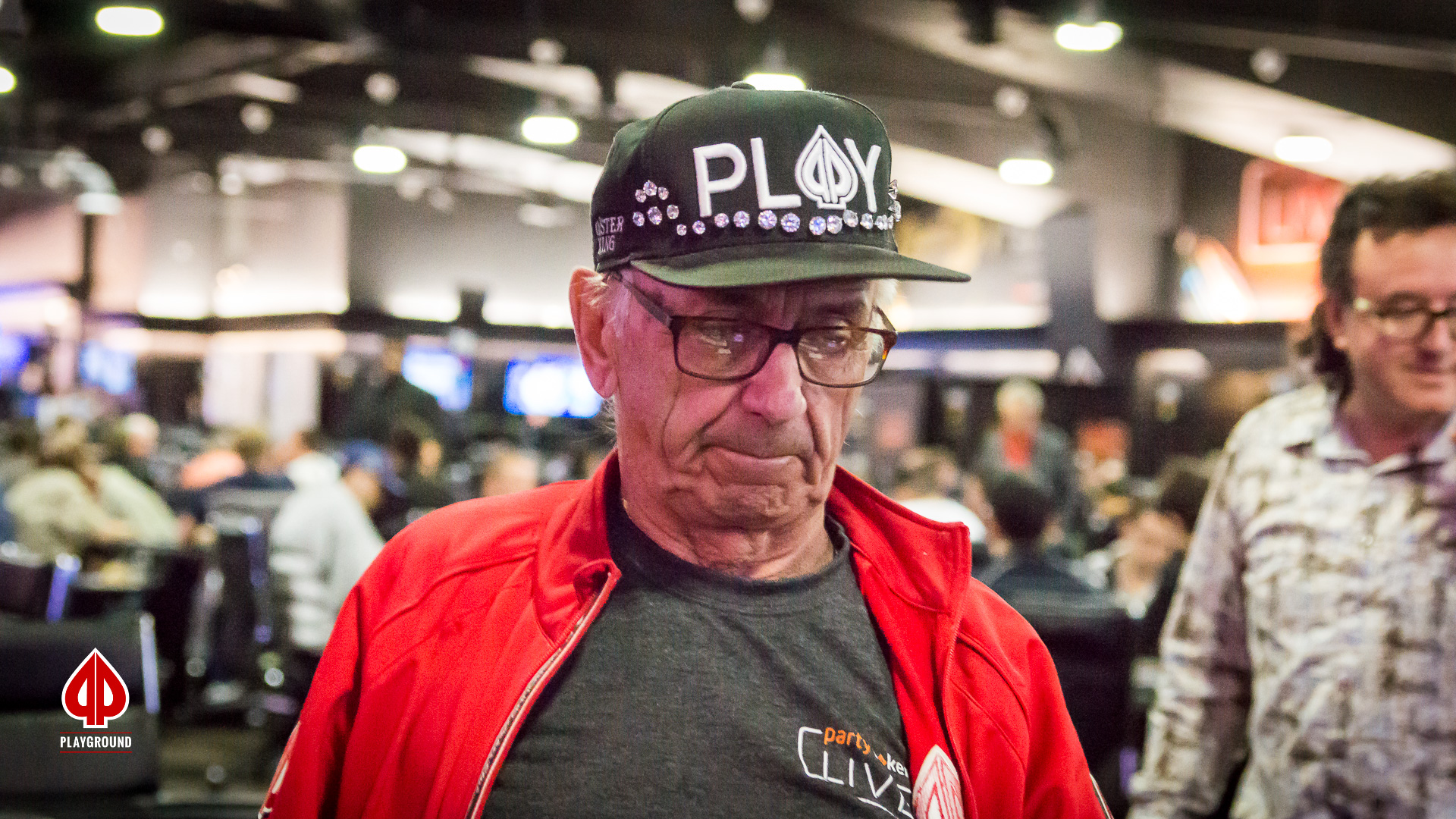 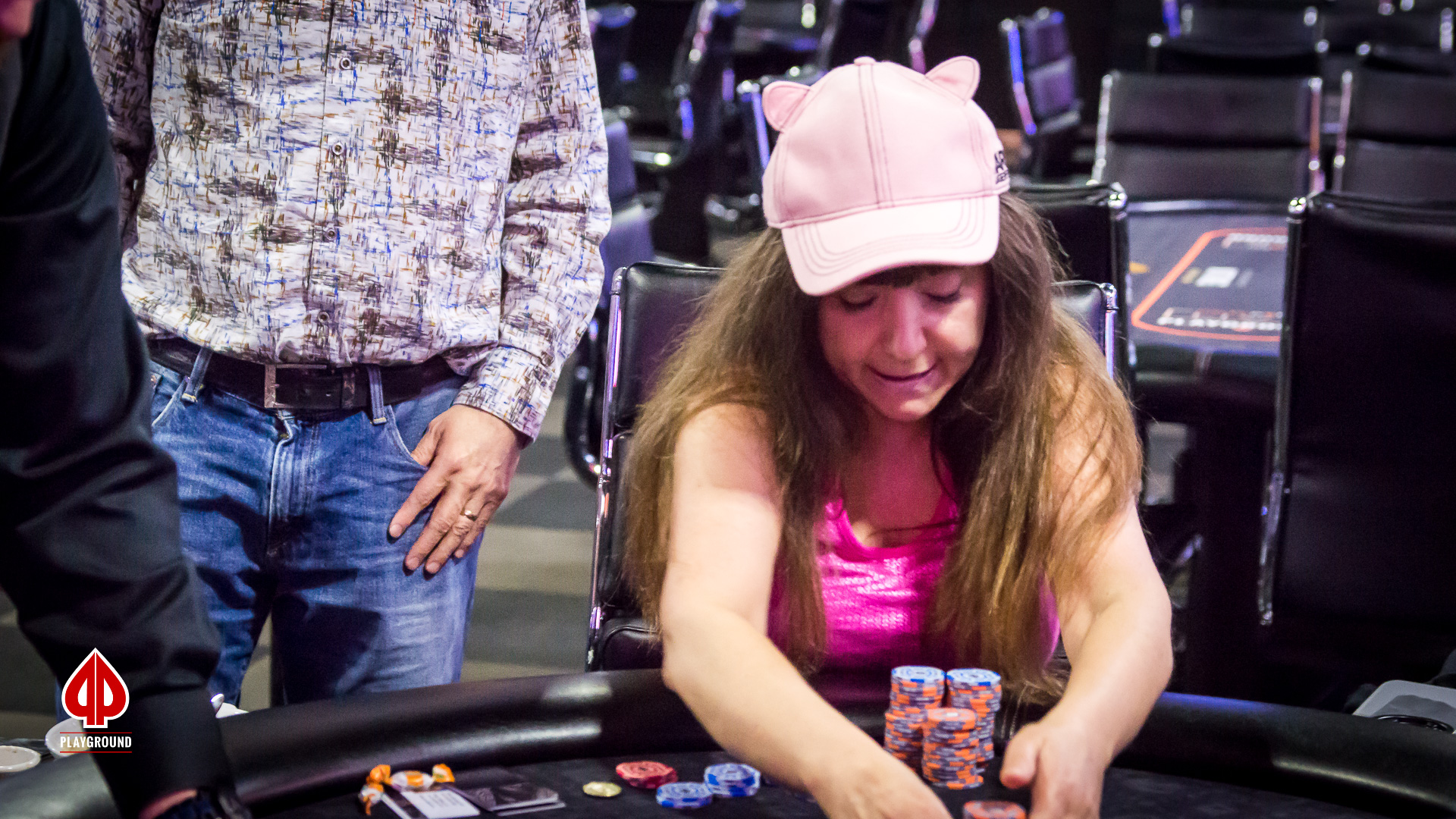 After Celestino lost a large pot against the quad Kings of Gariepy, he picked up this writer’s favoriter hand (respect!) and moved all-in.

Lily Kornik felt that she was ahead and she made the call.

And The Big Salami just keeps getting bigger.

Ariel Celestino exited in 4th place for $15,000. Kornik commented how she very much enjoyed playing with Celestino over the last few days and she felt that she learnt a lot from him. 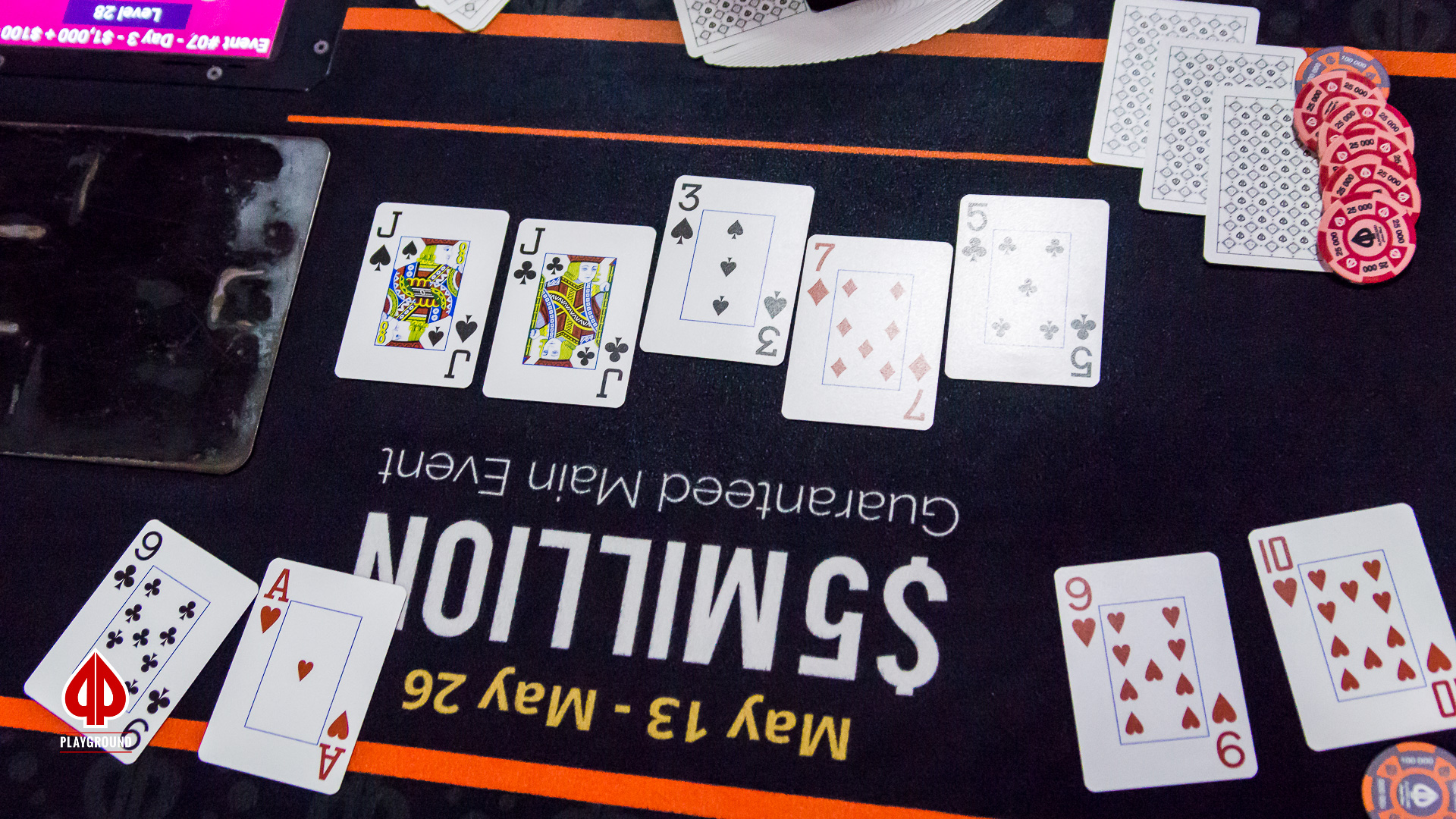 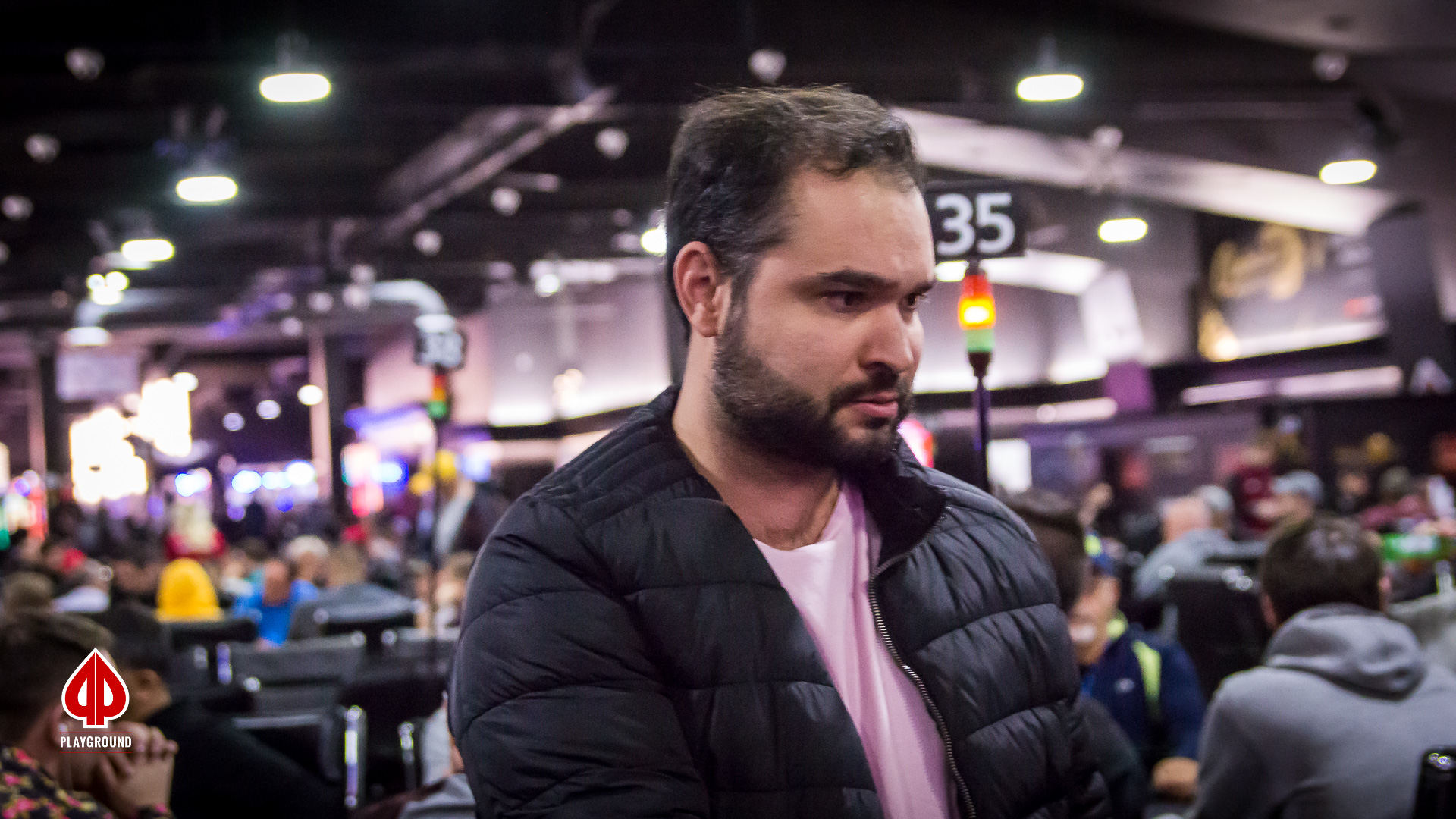 Ariel Celestino thought that he could steal the blinds by shoving. Gariepy had another idea and not made the call, he had some run good on the board.

Gariepy flopped trip Kings on the

didn’t mean a thing, the

on the river made quad Kings. 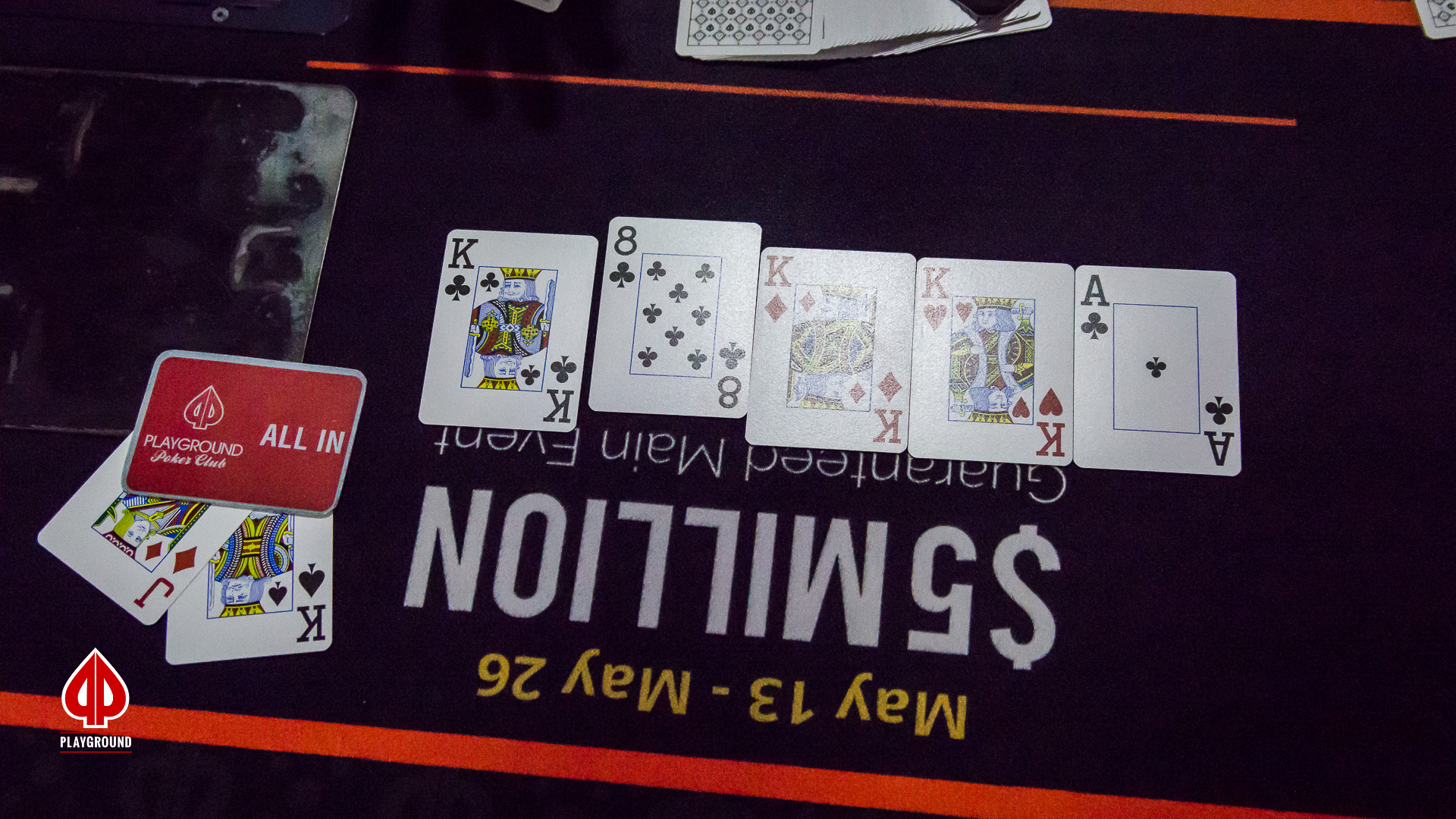 Armand (“Oyster King”) King just played a hand heads-up against Ariel Celestino. We didn’t see all of the action but we understand that Celestino check-called King on the

flop, then check-called King again on the

turn, and one more time, check-called the bet on the

The Oyster King opened up his hand:

and Celestino mucked. We heard King saying, “I liked the Ace on the flop but was wondering if maybe he had some kind of weird straight on the river”.

The pot was pretty large and King has chipped up nicely. 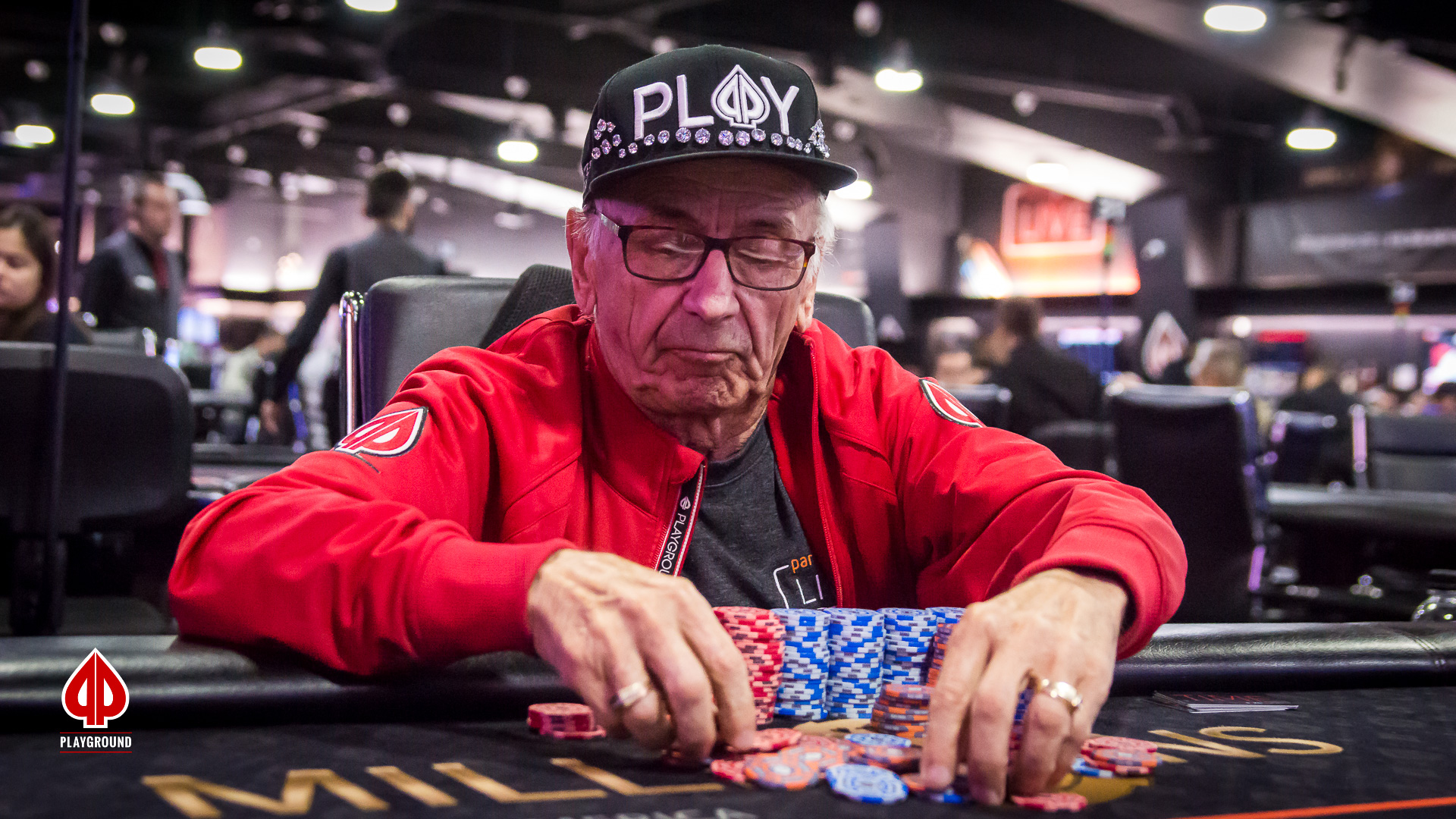 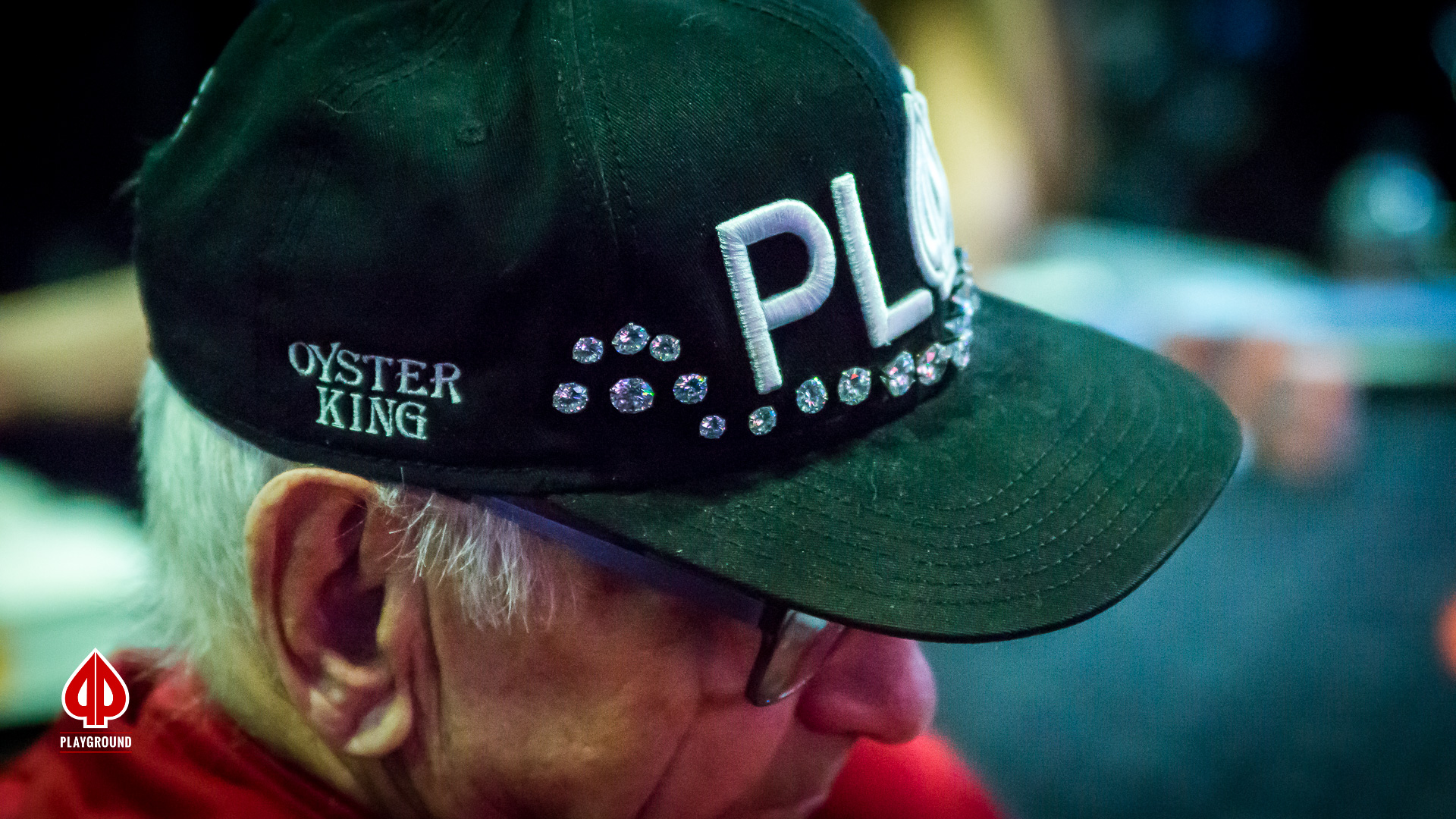