The MILLIONS North America $150 + $15 Montreal Open Satellite Turbo Re-entry has just come to a close. In total, 62 entries were logged, including 5 re-entries. With ten seats guaranteed, the odds were great for the players.

With eleven players left, and ten seats to be awarded, the tournament clock was stopped and entered the hand-for-hand mode. In the end it only took a few hands to put an end to it all.

In the last hand of play, Pierre Marquette shoved all-in for approximately 11,000 chips. This didn’t look big, but there was at least 75,000 in the pot too. Winning this hand would change everything for him. Nicolas Majdalani wasted no time making the call and both men tabled their hands:
Pierre:

The flop was all Nicolas needed:

; he flopped a straight. At this point only an ace or runner-runner clubs could save Pierre, but it was not to be. An

came on the turn, and a

on the river sealed his fate.

So Pierre Marquette is eliminated in 11th position on the bubble, leaving 10 happy players behind. If you didn’t make it down tonight to get into the satellite action, don’t worry. There are five more satellites before the target event:

Congratulations to tonight’s ten winners of a seat for the Montreal Open, which gets underway Friday, May 17th, at 12:00pm.  Get the complete schedule here.

Four of the winners were happy to playfully pose for our camera: 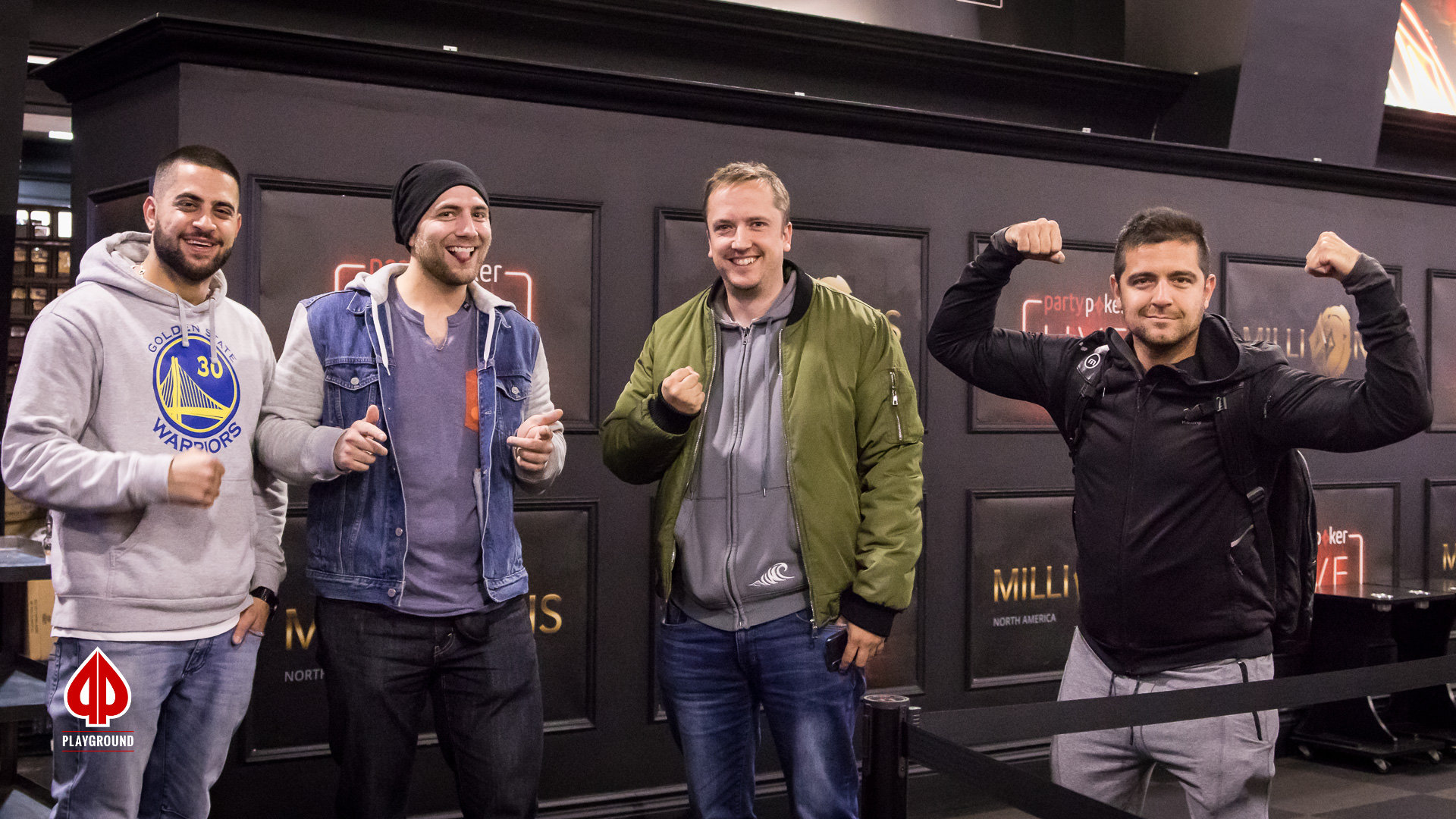