Day 1B of the Montreal Open is in the Bag. After this afternoon’s Day 1A which brought out 173 entries, and 55 players who qualified for Day 2, Day 1B got under way at 5:00pm.

For tonight’s flight, 122 entries were logged, including 18 re-entries. Of those hopeful souls, 31 managed to hold on to their chips long enough to bag them after 16 levels of play. With starting stacks of 1,000,000, it took no time at all before the chips started flying everywhere.

Almost as soon as he sat down, Michael Korovine became chip leader in the early levels. Soon after the first break, Ernest Chevrette was on a war path, and taking no prisoners. With the average still hovering at 1.4 million, Chevrette was already way ahead of the pack with a smooth 5,000,000 stack. Slowly but surely, Jonathon Mclean was gaining ground, and not looking back. By the time the players headed into their last break, Mclean had a clear lead with over 8,400,000 chips.

Taking every advantage they could muster, the players were clearly out for blood, and as big a piece as possible of the 122,000,000 chips in play. Everyone seated wanted to fill-up their Day 2 bags with as many chips as possible. The afternoon players from Day 1A had more chips to play with and top bagger Carla Sabini had bagged over 9 million chips!

At the end of level 16 when the bags came out, 31 players were left. Two players managed to bag more than Day 1A’s forerunner Sabini. Mitchell Dredge, who flew under the radar all night, ended up with a massive 10,225,000 stack! Close behind is Ernest Chevrette who sealed 9,465,000 chips into his bag.

There are still five Day 1s in the next few days: 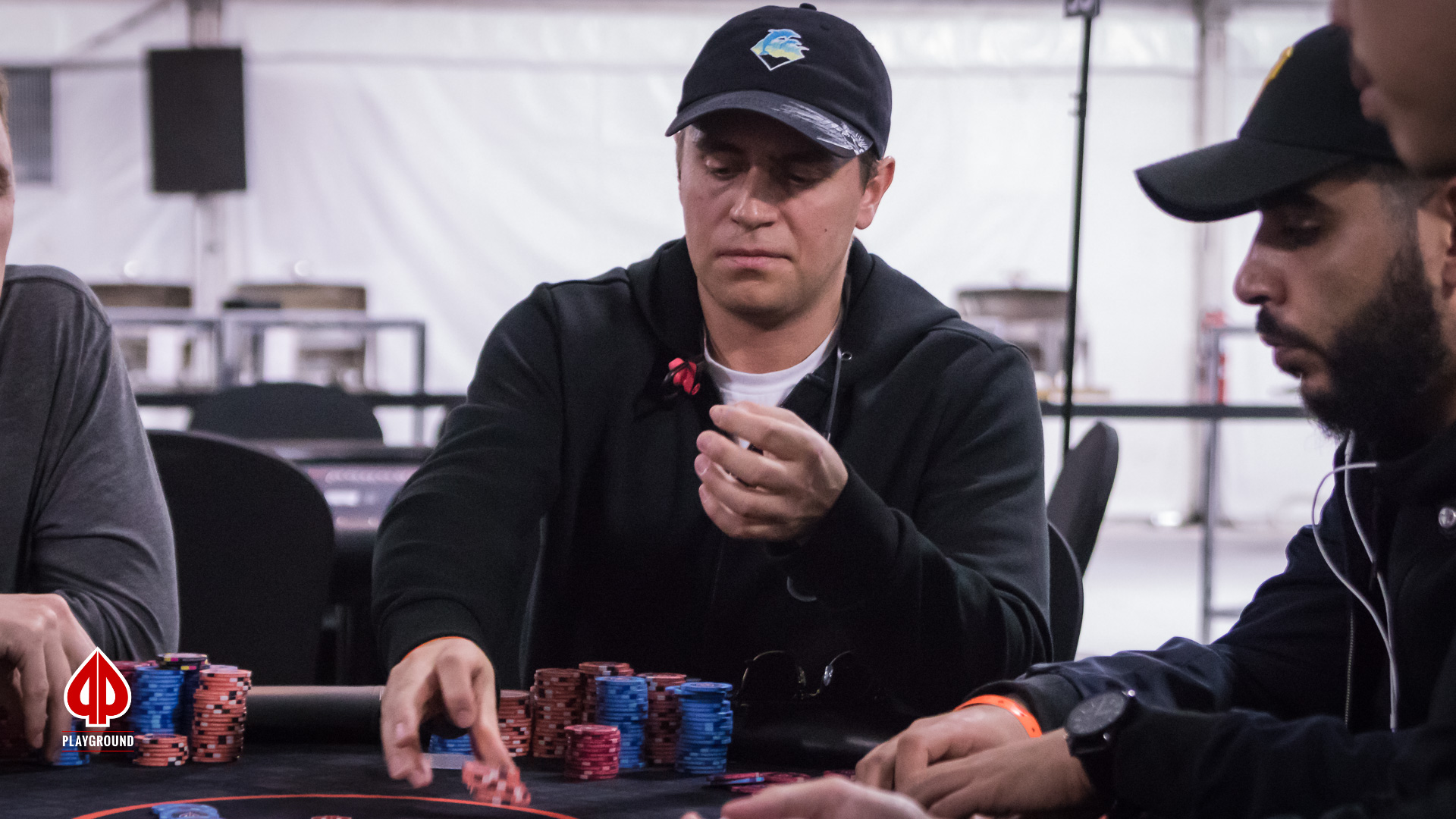 Just before the break, a few lucky breaks were heaven-sent for Michael Korovine and Fady Habashi.

We arrived at table #83 to see Habashi all-in for 555,000, Jonathan G shoved all-in as well, but for fewer chips (520,000). Most players bowed out until Fraddy Gonzales called from the small blind position, clearly covering both players. Everyone tabled their hands:

The ten-high flop was perfect for Habashi:

, he even had the spades covered. The

on the turn was not the best card for him. Luckily, his pocket jacks meant that only two jacks were left to complete a possible straight for Gonzales. Gonzales knew he had a lot of outs, but the

on the river put an end to his hopes.

Huge triple-up for Habashi who sends Jonathan G. to the rail in 51st position and scoops up some much needed loot to go on.

and early chip leader Michael Korovine was staring into space with a red all-in card in front of him. His only rival, Samuel Louis Gagnon was thinking. Korovine’s all-in was for 1,945,000 and he covered Gagnon. Gagnon suddenly said, “call” and threw down his hand:

for two pairs. He anxioulsy waited for Korovine to turn over his hand:

on the turn did nothing for Gagnon. Korovine’s flush draw didn’t bother him since he needed a jack or a queen and both diamonds were out already. The dealer flipped over the river:

and that was the end for Gagnon. Korovine, who had been doing very well in the early levels had seemed card dead for the last few levels. His patience was well rewarded and ended up with a better-than-average stack for his trouble. 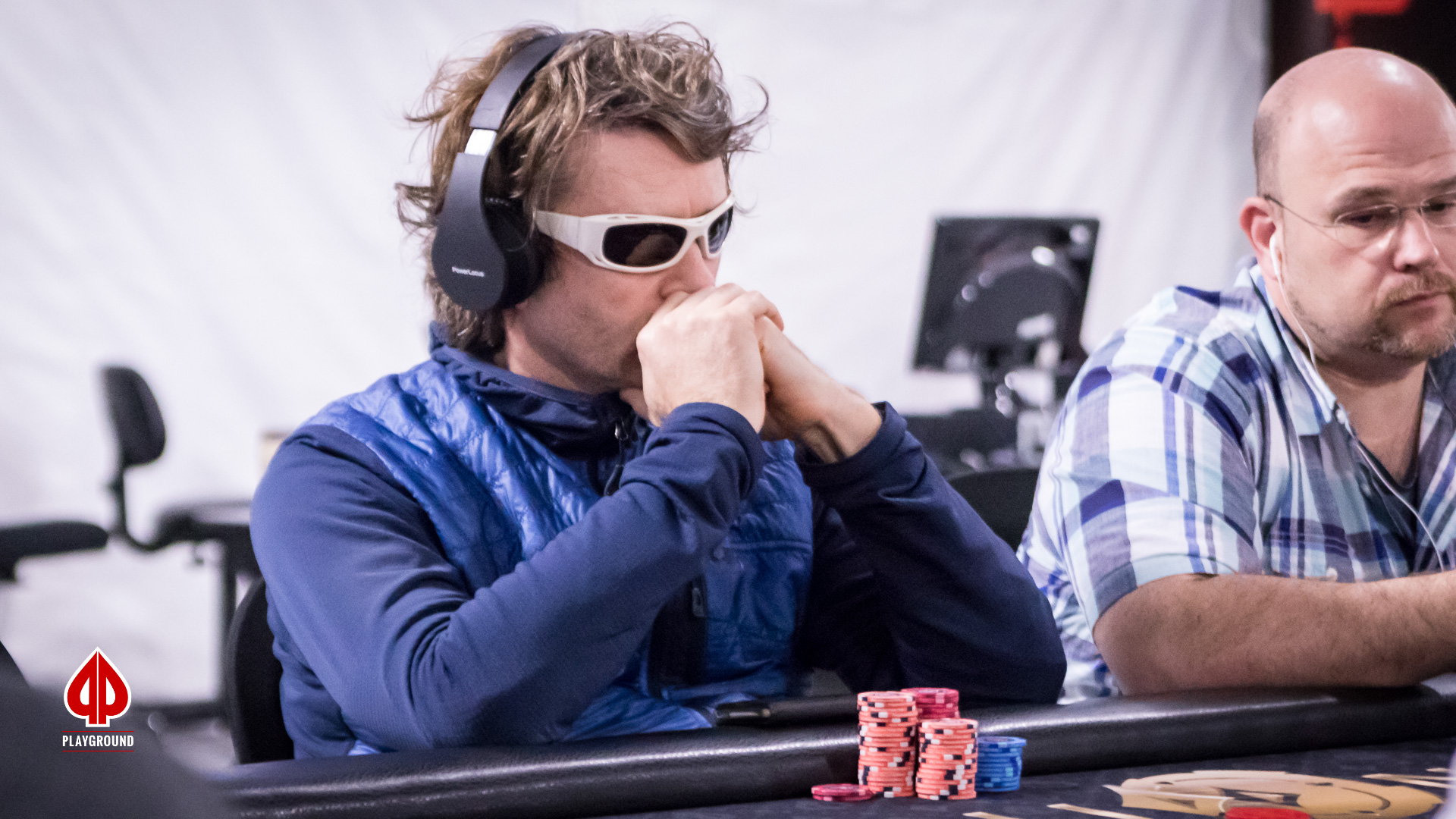 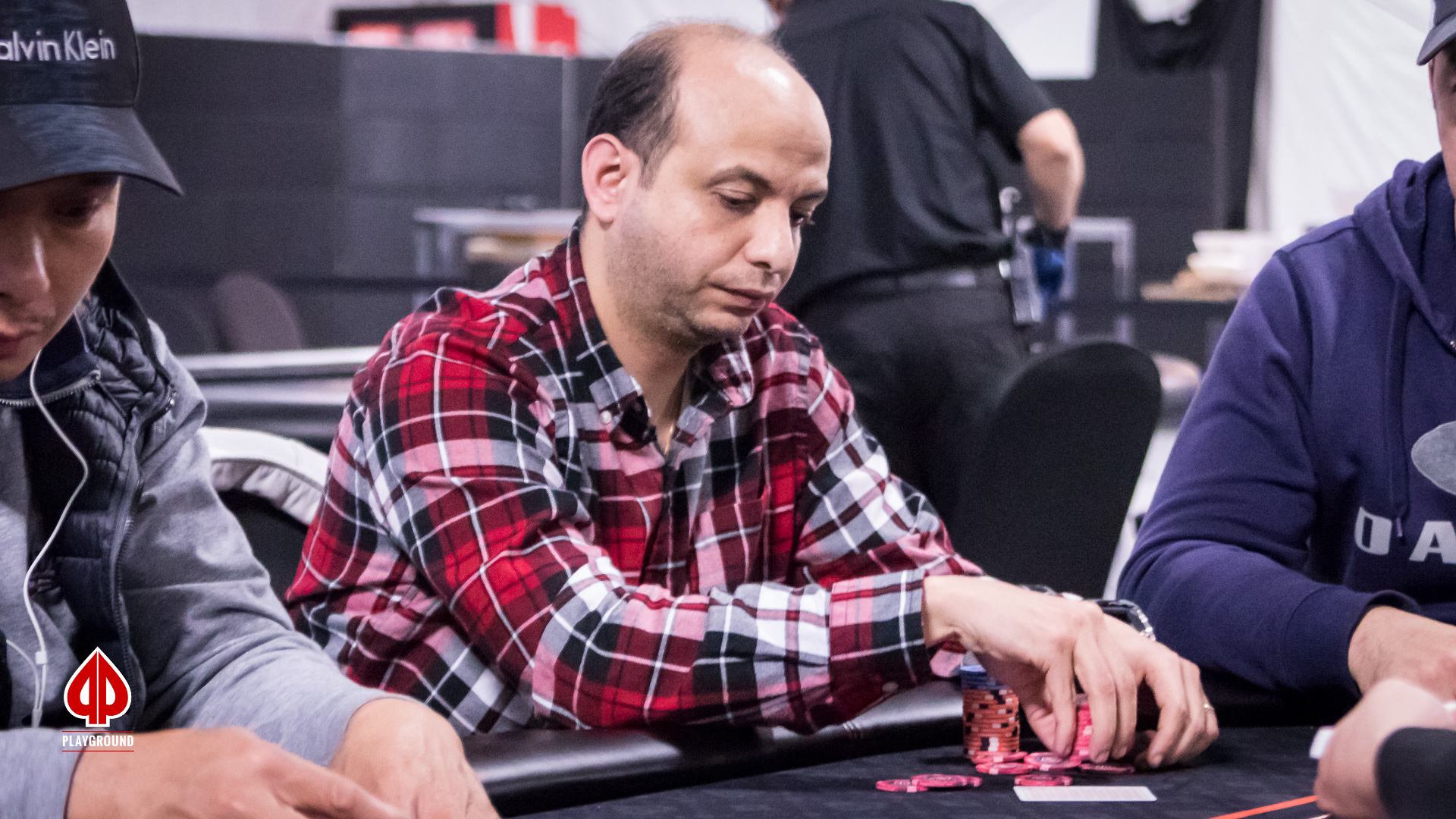 With the arrival of the 3rd and last break of the evening, we were able to survey the field and update the leaderboard.

There are 47 players remaining and 1,222,000 chips on the felts. That averages out to approximately 2,600,000 chips. Only players with five million chips and more have been tallied.

With no surprise to anyone, Jonathon Mclean is the clear chip leader with a whopping 8,365,000 stack in front of him. He is also one of the only owners of the 500K chips that the tournament personnel have put into play during the break. More than two million chips behind Mclean, we can find Armin Rezaei, with 6,265,000, making his first appearance on tonight’s leaderboard.

Ernest Chevrette is still going strong with 5,900,000, followed very closely by Xavier Goupil-Lapointe who has 5,875,000 chips. So it’s a pretty close race between second and fourth place right now.

There are 4 more levels to go (two hours) and it will be interesting to see how much more the field will be thinned out. 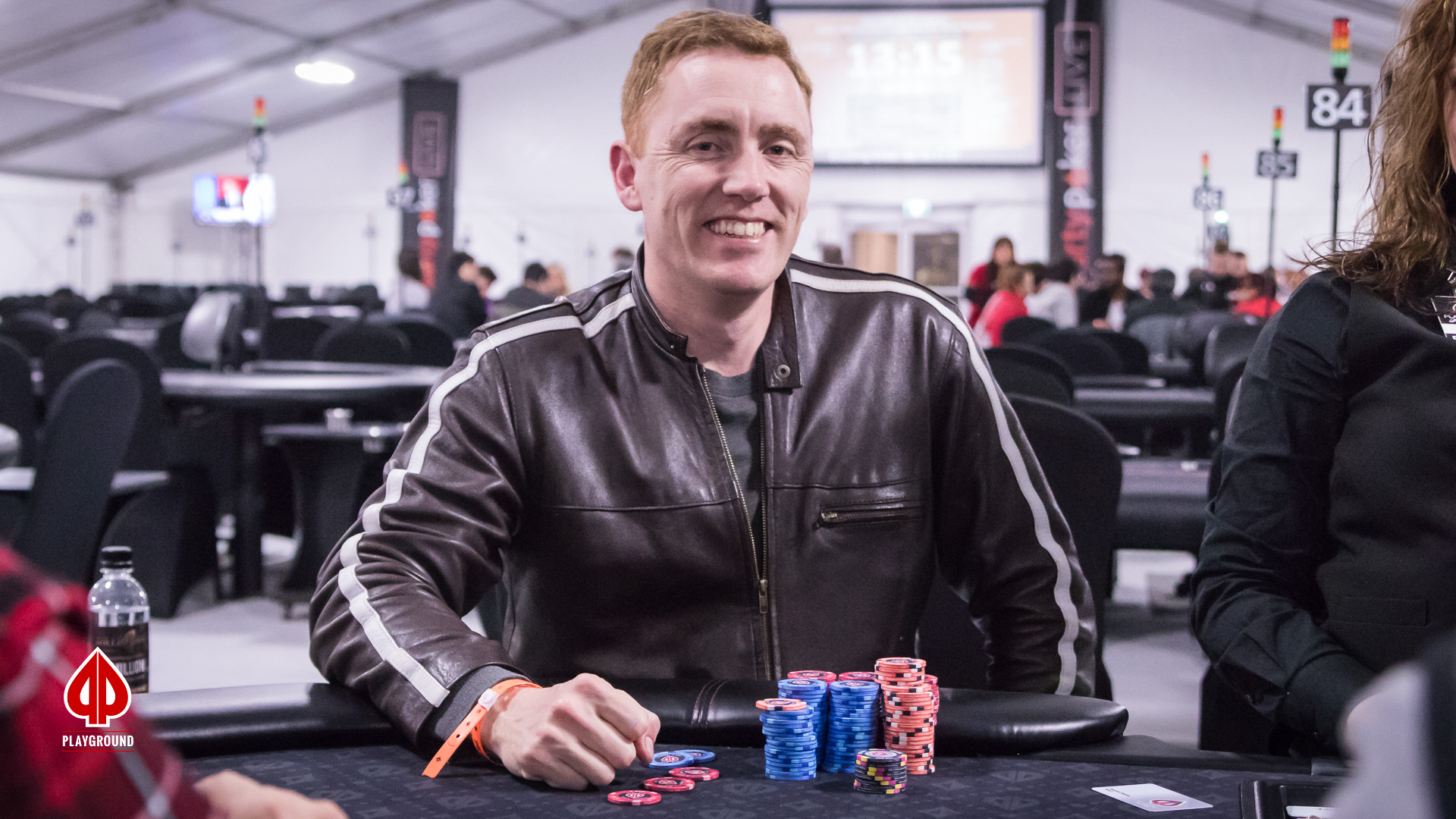 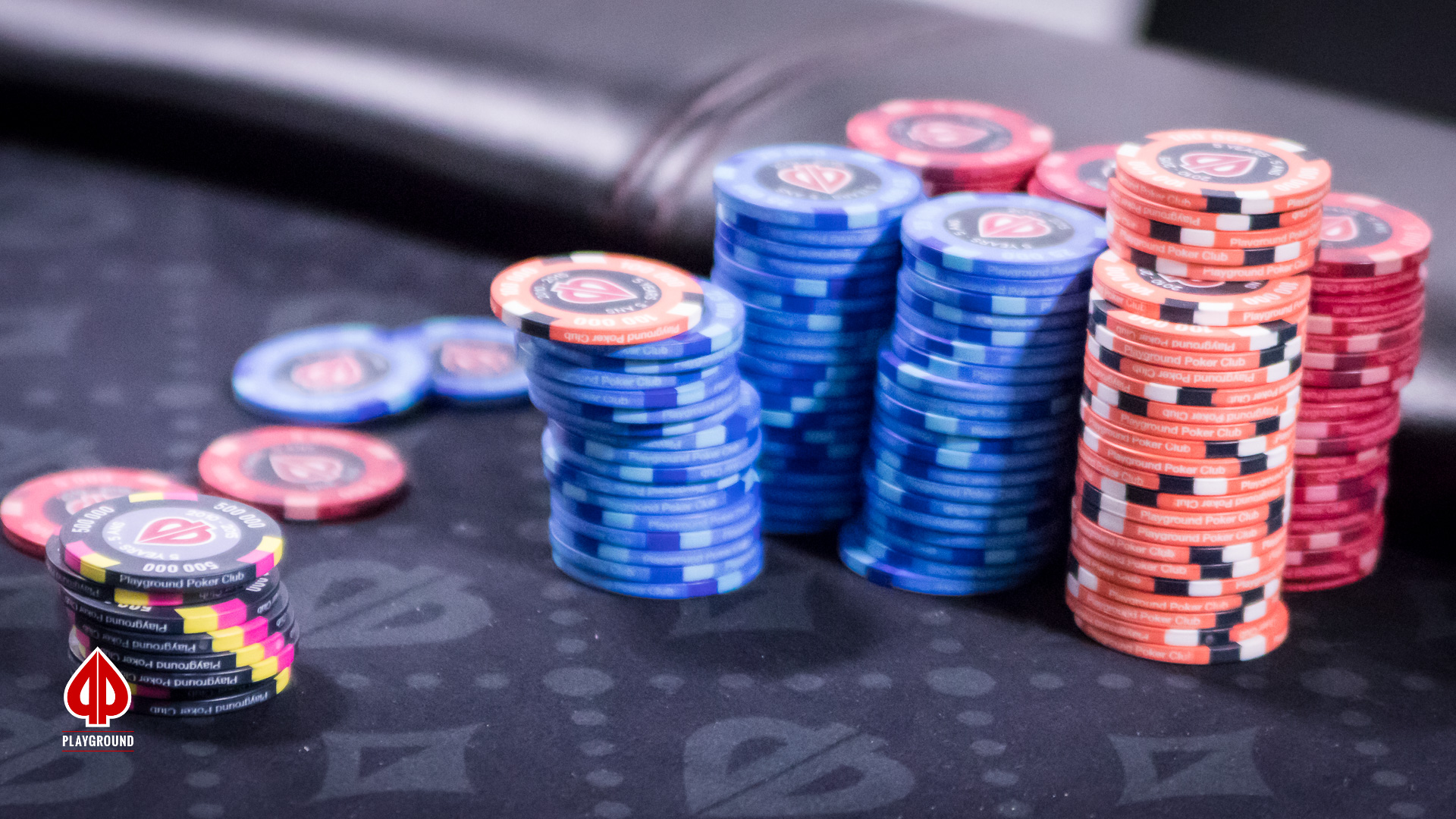 With half the field sent to the rail, Jonathon Mclean is quickly becoming a force to be reckoned with. With almost eight million chips to his name, he is by far the chip leader right now.

The eliminations are happening at a steady pace, and the words “all-in” are echoed regularly on the felts. With five more levels to go, it’s still anybody’s game. 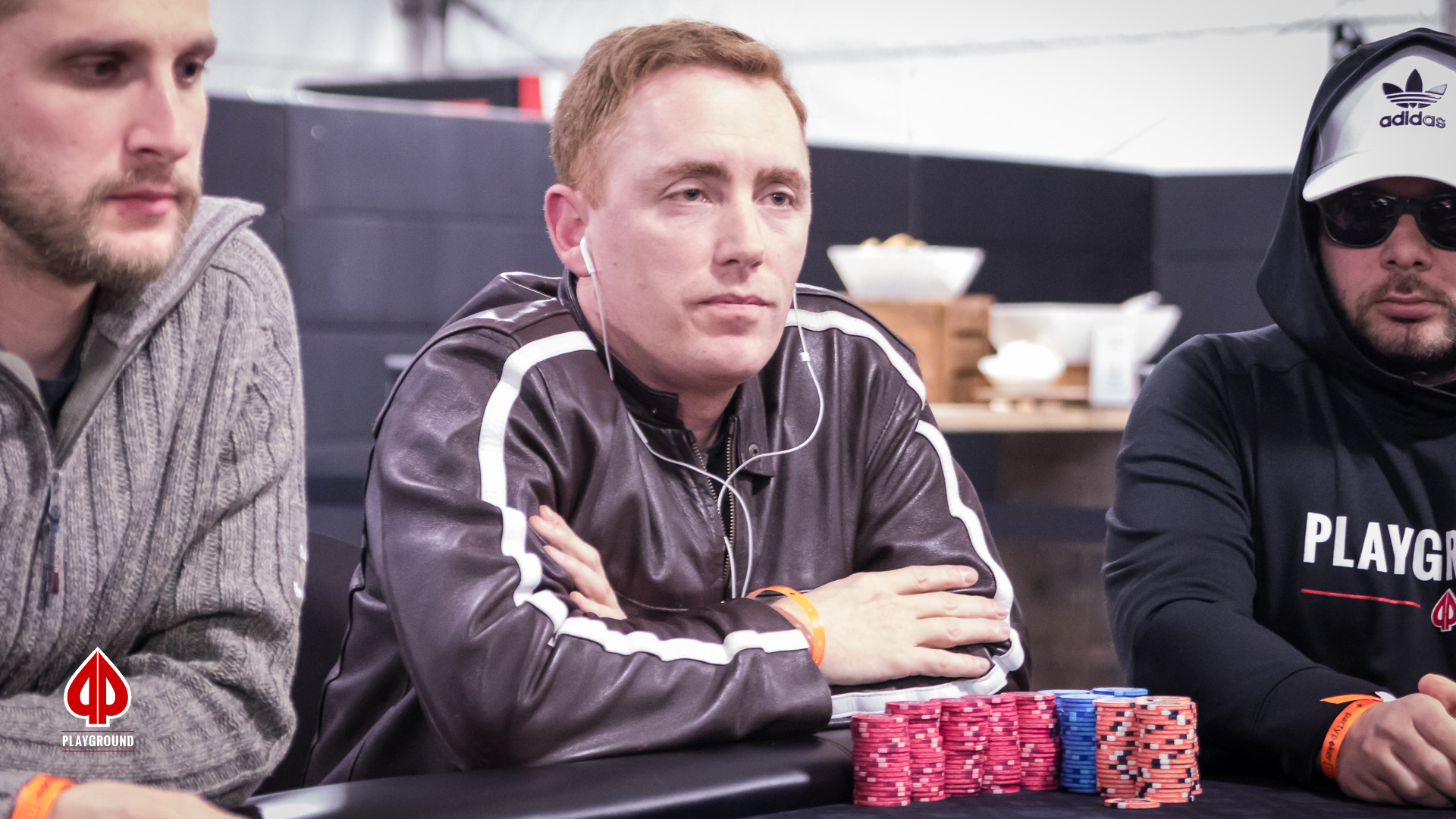 There seems to be an quiet resolve settling down on the players. The late registration period has come to a close. There were a total of 122 entries logged for this flight, including 18 re-entries.

With over 120 million chips in play there are some pretty big stacks out there. Ernest Chevrette seems to be on a tide of good luck if his stack is anything to read from. With a pyramid of chips hovering between five and six million chips, it’s obvious he’s doing well. His loot was probably gathered through quite a few eliminations because the players at the table were jokingly reminding him that it was too bad this is not a bounty tournament!

After eight levels of play, Ernest Chevrette tops the leaderboard with 5,015,000 chips; he is the only player above five millions. The lone player in the four million category is John Gumbley who has managed to not only stay on the leaderboard, but to build up to second chip leader status. Xavier Goupil-Lapointe, Jonathon Scott Mclean and Malik Zeguelli complete the leaderboard as the only three players above the three million mark.

The players are streaming back to their tables, and play is just about to resume after the break. 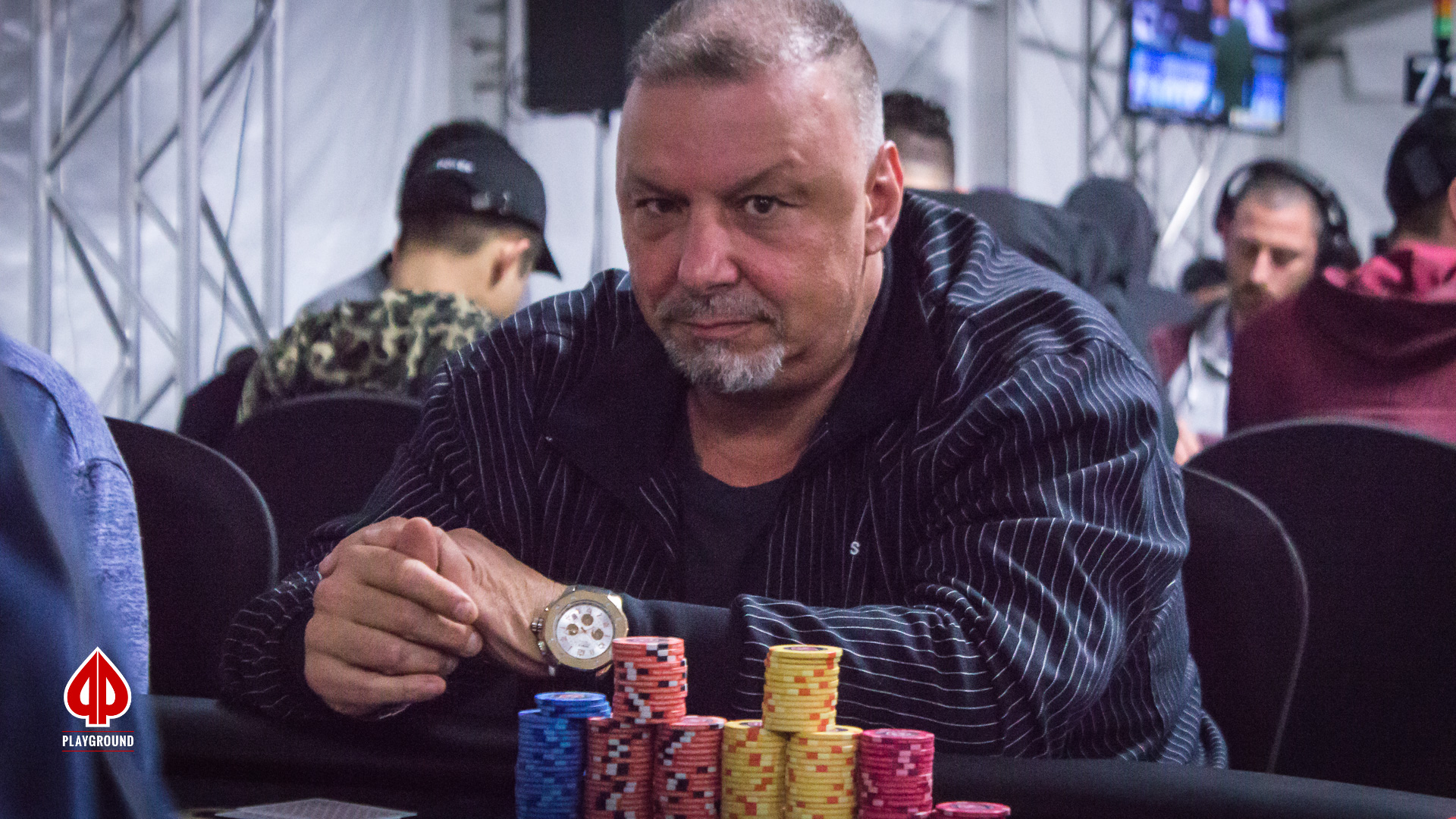 The boards are showing 100 entries, including 5 re-entries and the players just came back from a short break.

Let’s talk about numbers: 100 entries, two hours of play, 100,000,000 chips in play, unlimited re-entries and still two hours left for late registration! The action is showing no signs of slowing down, as the unusually high number of chips in play is giving players a lot to think about, while they adjust their individual styles to adapt.

Right now Michael Korovine, a Playground Poker regular, is in the lead with a decent 3,351,000 stack, just about three times the average. In a tournament this size, it’s a pretty decent mountain of chips. Only one other player is above 3 million chips and that is John Grumbley, sitting on 3,107,000 chips. Four more players round off the first leaderboard of the evening, where the minimum requirement was set at 1,750,000 chips. 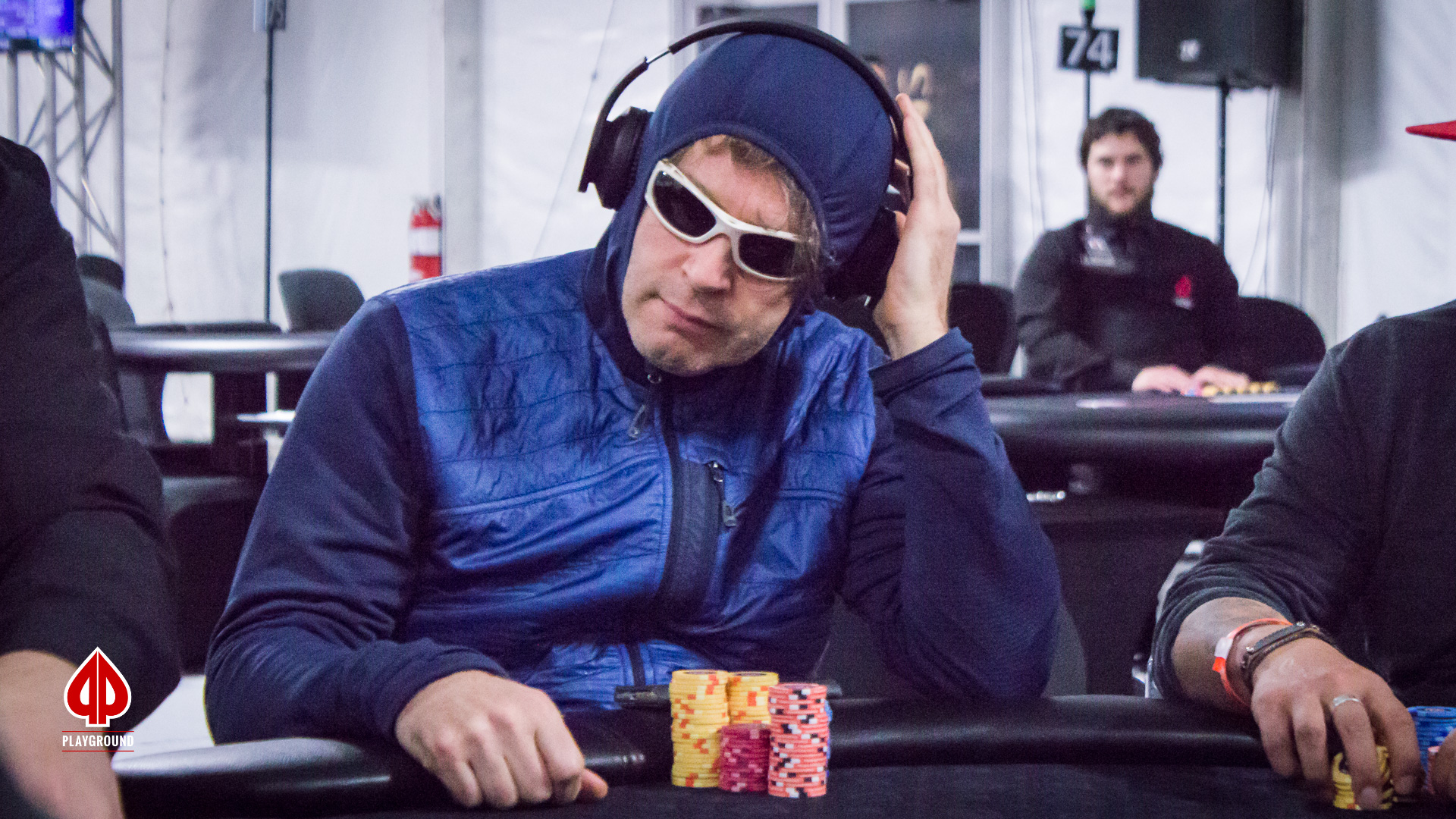 Things are moving along in Day 1B of the Montreal Open.  There are now 84 entries (including 2 re-entries) and the stage is set for players to exchange a LOT of chips.  There are currently 81,000,000 chips in play.  Yes, 81 million chips!  No need to do the math: it’s exciting!

There is a short break coming up soon and we’ll get the first leaderboard of the evening going.  In the meantime, here are a few photos of levels 2 and 3.

Event #2 of the MILLIONS North America, the $1,000 + $100 Montreal Open, continues this evening with the second of seven starting flights, Day 1B. Day 1A had a robust turnout of 173 entries to get this event off to a solid start, and Day 1B is sure to draw another large crowd.

Players will start each Day 1 with a starting stack of 1,000,000 in tournament chips and grind through 16 30-minute levels of 9-handed play before bagging chips for Day 2. This is a re-entry event with unlimited re-entries permitted until the end of the late registration period at the beginning of level 9 on each Day 1. A player may play additional Day 1s even if he/she has survived a previous Day 1 with chips. Players who qualify for Day 2 more than once will resume play on Day 2 with their largest qualifying stack; all other qualifying stacks will be forfeited.