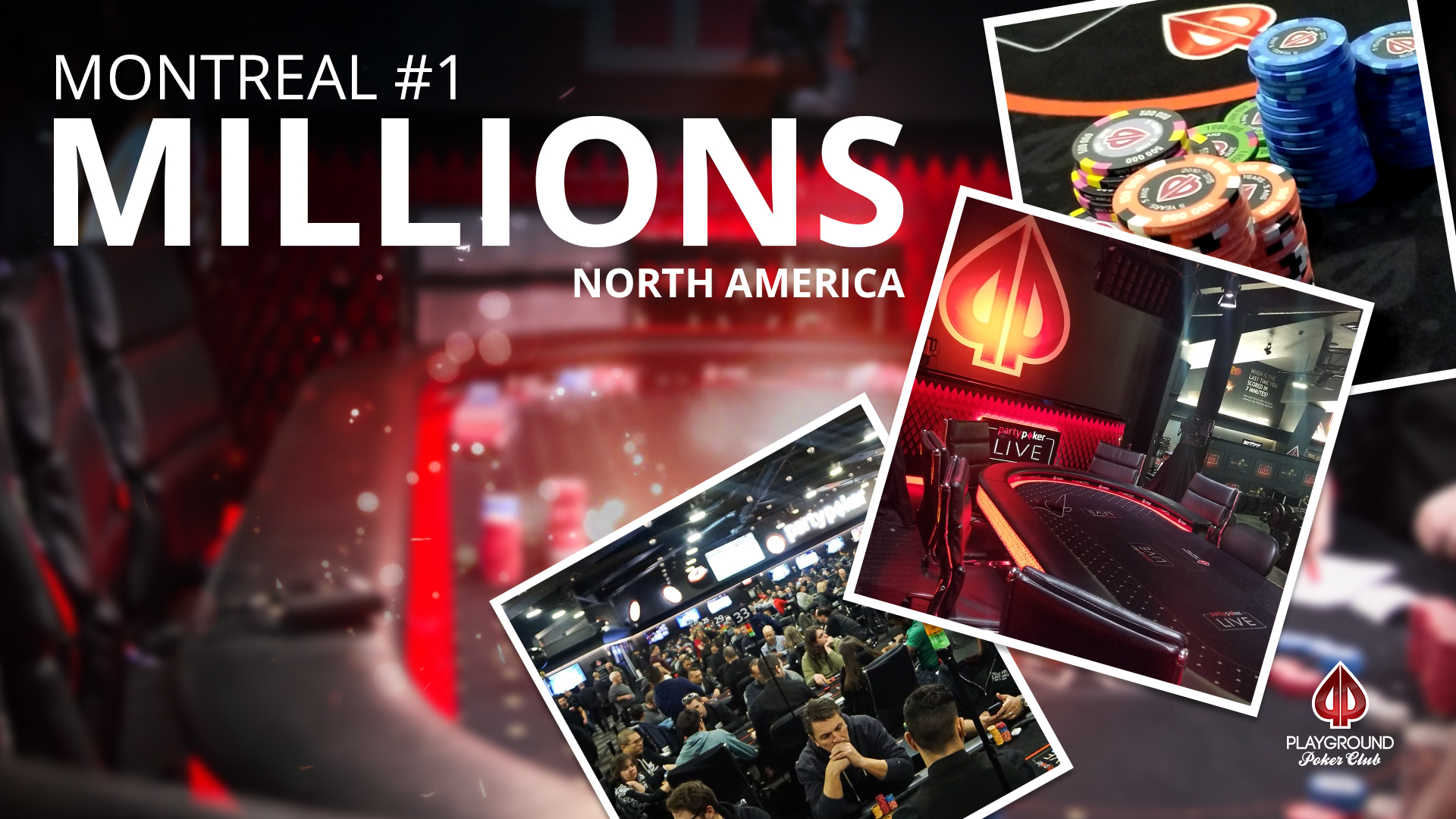 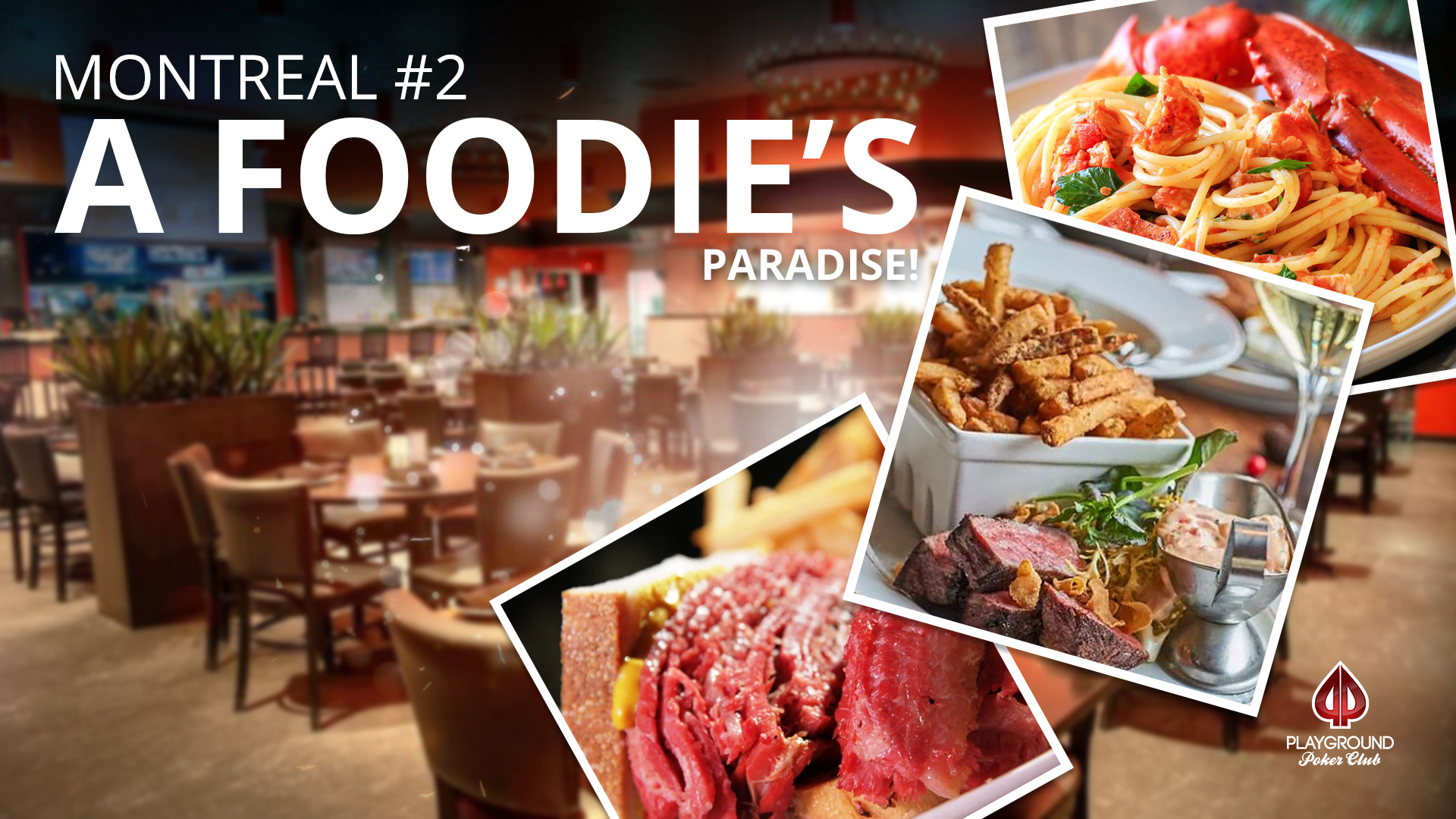 Food! One of the key benchmarks for measuring how great a city truly is. Not only does Montreal have a ridiculous number of places to eat – there’s one restaurant for every 6 Montrealers – the quality and standard of both casual and fine dining establishments is world class. When Canada’s 100 Best released their list of top restaurants earlier this month, it came as no surprise that Montreal restaurants occupied 21 spots on the list, including 4 in the Top 10. Now if our Glorious Habs could up their game to the same level as our local chefs, we would be perennial Stanley Cup contenders. But that’s a story for another day… now’s the time to dig in. Montreal foodie landmarks: Smoked Meat, Bagels, and Poutine Schwartz’s is the place to go to enjoy the classic taste of Montreal smoked meat. Open for over 90 years, the oldest deli […] 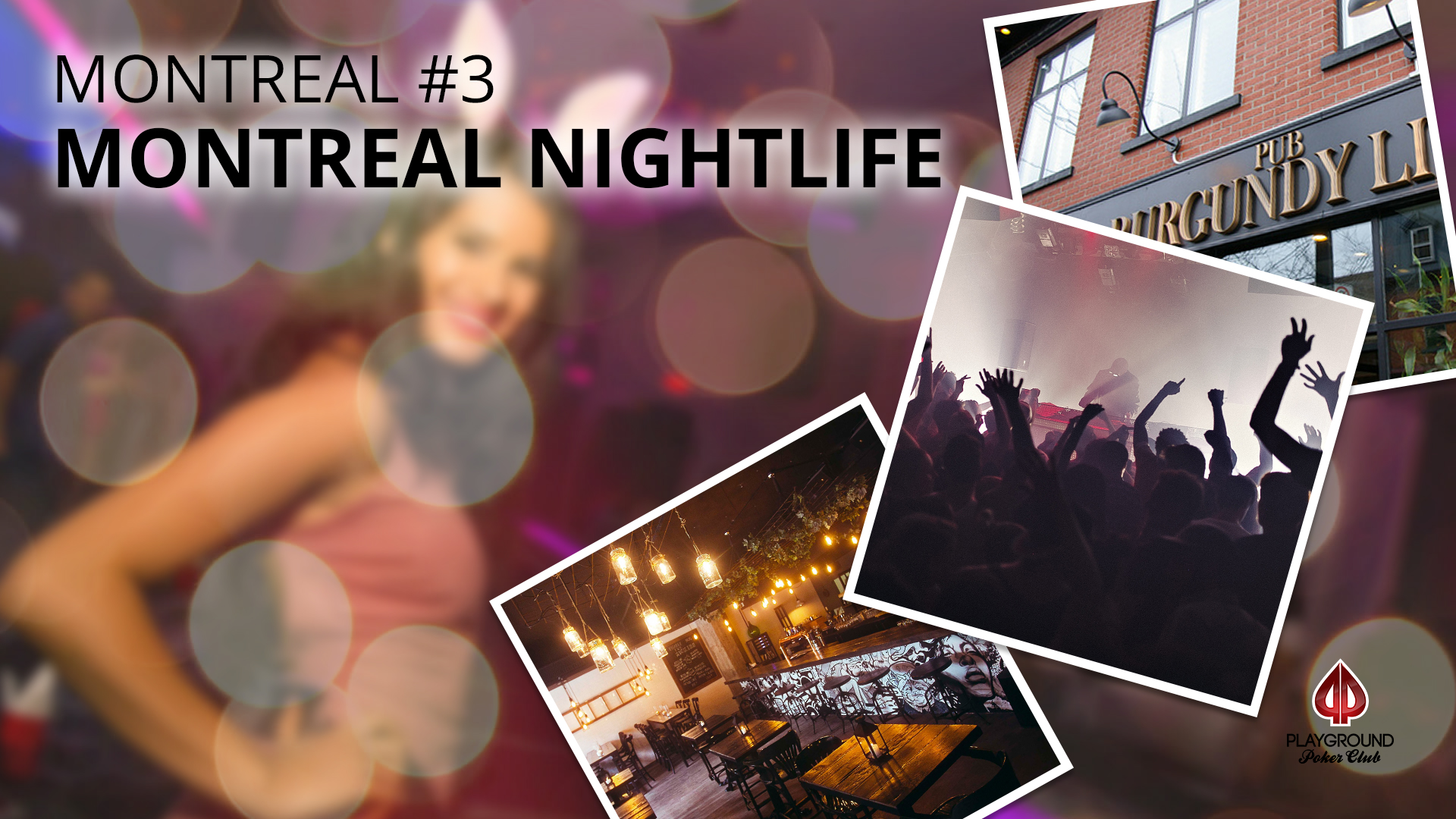 When Prohibition came into force at midnight on January 17, 1920, in the United States, no one expected it to kick-start the Montreal cabaret scene – but that is exactly what happened. The Quebec government created La Commission des liqueurs du Québec (Quebec Liquor Commission) to allow legal, controlled access to alcoholic beverages for everyone of legal age, and once it did, cabarets started popping up all over town, mostly around the southern portion of St-Laurent Boulevard (The Main), and made Montreal one of the most lively, thrilling, and somewhat decadent cities in North America. Now that was a long, long time ago and times have changed, but one constant remains: you will always have a great time at night in Montreal, especially during the MILLIONS North America from April 21st to May 2nd. If you still have enough energy after a long day of raising and re-raising and you’re […] 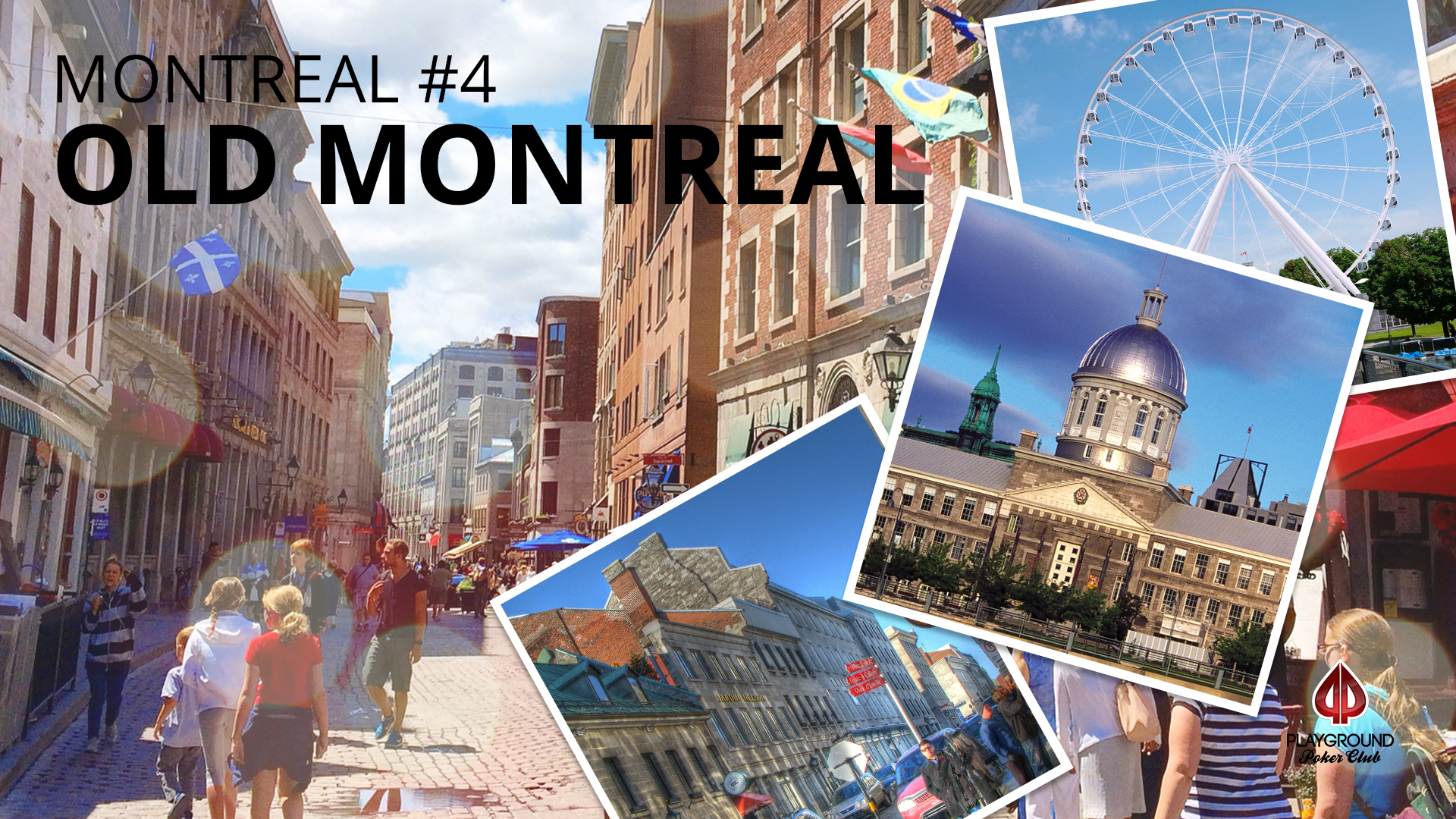 Montreal was founded in 1642 and just celebrated its 375th Anniversary. Granted, the city is not as old as some of the other stops on the circuit (such as Barcelona, the host of the MILLIONS Grand Final) but it’s just as enchanting; helping make MILLIONS North America one of the must-play poker events of the year. Montreal is filled with history, culture, and tradition; all of which are on full display in Old Montreal. No visit to our city would be complete without a trip through the cobblestone streets filled with charming little shops, bistros, and cafés that take you back to another time. The original site of Montreal, named Ville-Marie at the time, is precisely known, and as expected, it is located in Old Montreal. Start your journey through time at the Pointe-a-Callière Museum by exploring an original underground circuit leading through archaeological excavations. It’s very cool. There are […] 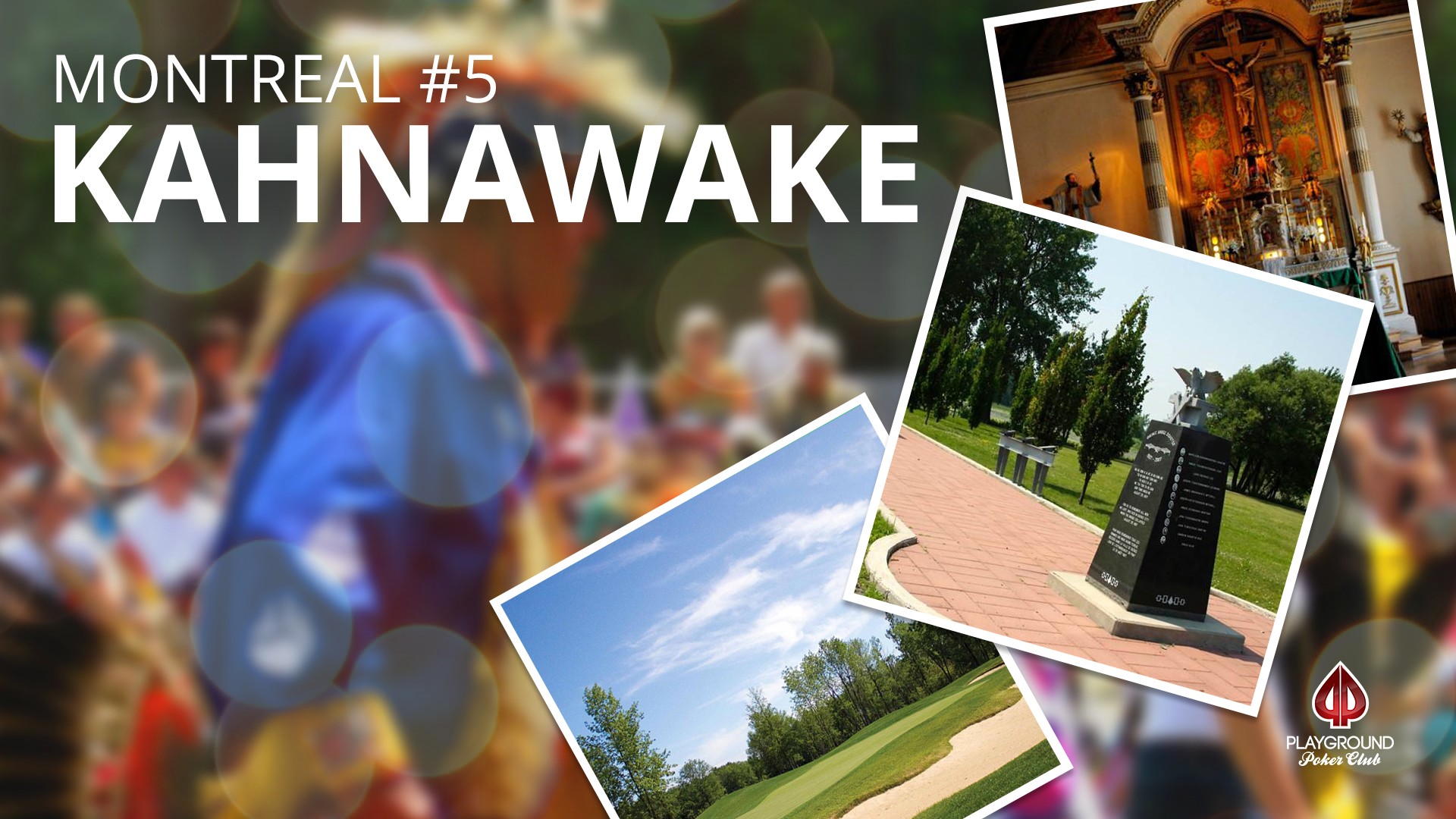 Kahnawake (pronounced: ɡahnaˈwaːɡe) is both rich in culture and history. It is a Mohawk First Nations community; one of the eight communities that make up the Mohawk Nation and has historic, political and cultural ties – based on Honor, Trust, and Respect – with the Oneida, Seneca, Onondaga, Cayuga and Tuscarora Nations of the Northeastern part of North America. Located only minutes from Montreal on the South Shore, it is home to just over 8,000 people, and so much more. And we hope you take some time, while you are here for MILLIONS North America from April 21st to May 2nd, to visit and explore this vibrant community. We highly recommend you visit the Kanien’kehá:ka Onkwawén:na Raotitiohkwa language and cultural center if you want to learn about the Kanien’kehaka and Haudenosaunee People and see art exhibits, featuring the works of local and other Native Artisans. It’s a great place to […] 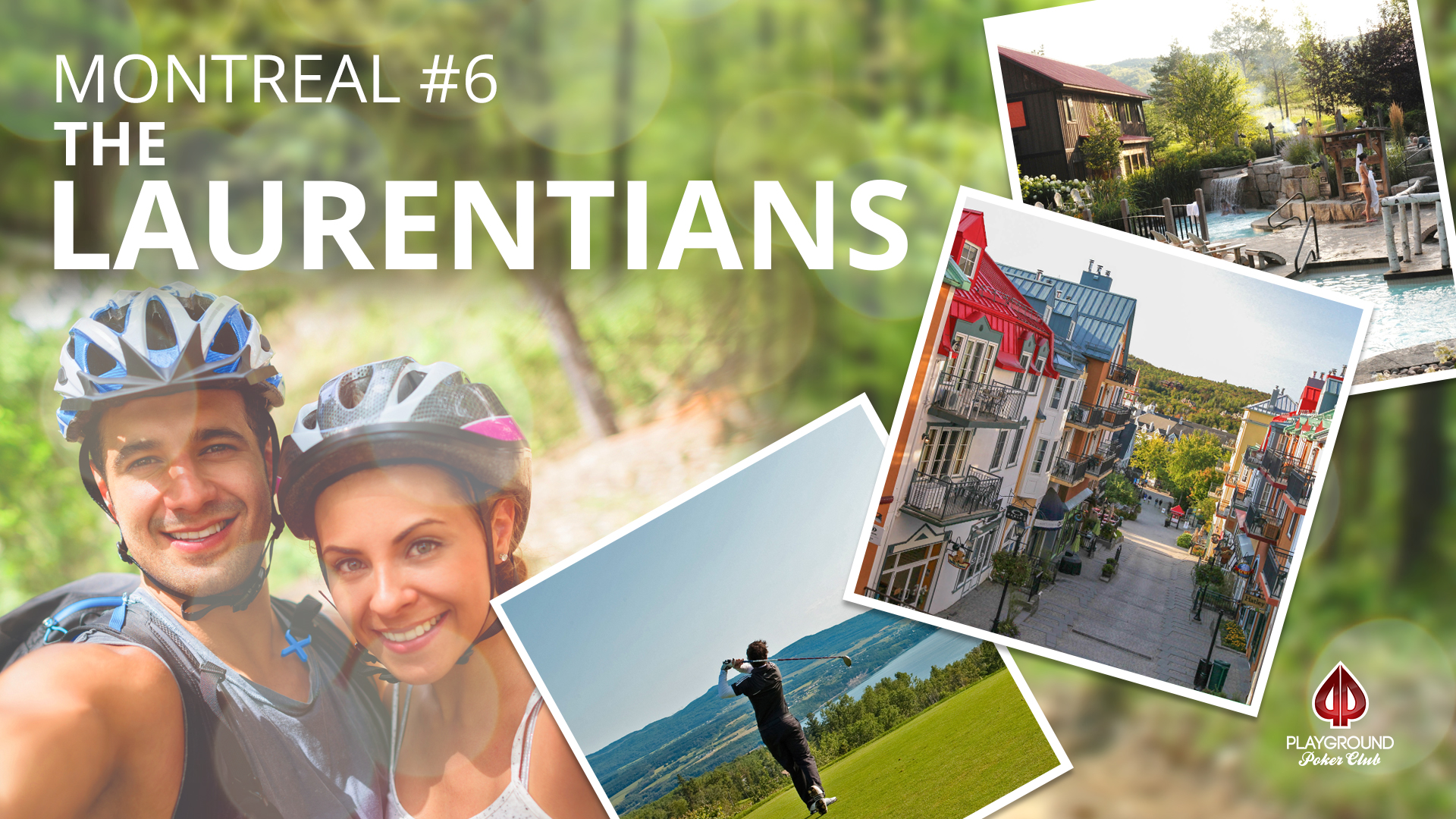 If you are in Montreal from April 21st to May 2nd, your focus will be on climbing one mountain in particular; the MILLIONS Main Event. All the while hoping to reach one of the top three peaks paying at least $1,000,000, $1,200,000 and $1,400,000 respectively! But regardless of these massive payouts, we also highly recommend you take some time to visit the beautiful and majestic Laurentians, just north of Montreal. The Laurentians are a region of Quebec which includes part of the Laurentian Mountains for which it is named. This mountain range is one of the oldest in the world, containing rock deposits as old as 540 MILLION years and runs through four other regions, Capitale-Nationale, Outaouais, Lanaudière, and Mauricie. If you haven’t heard of the Laurentians, you may have heard of the Adirondack Mountains in New York State? Well, they are an extension of the Laurentians. The Laurentians are […] 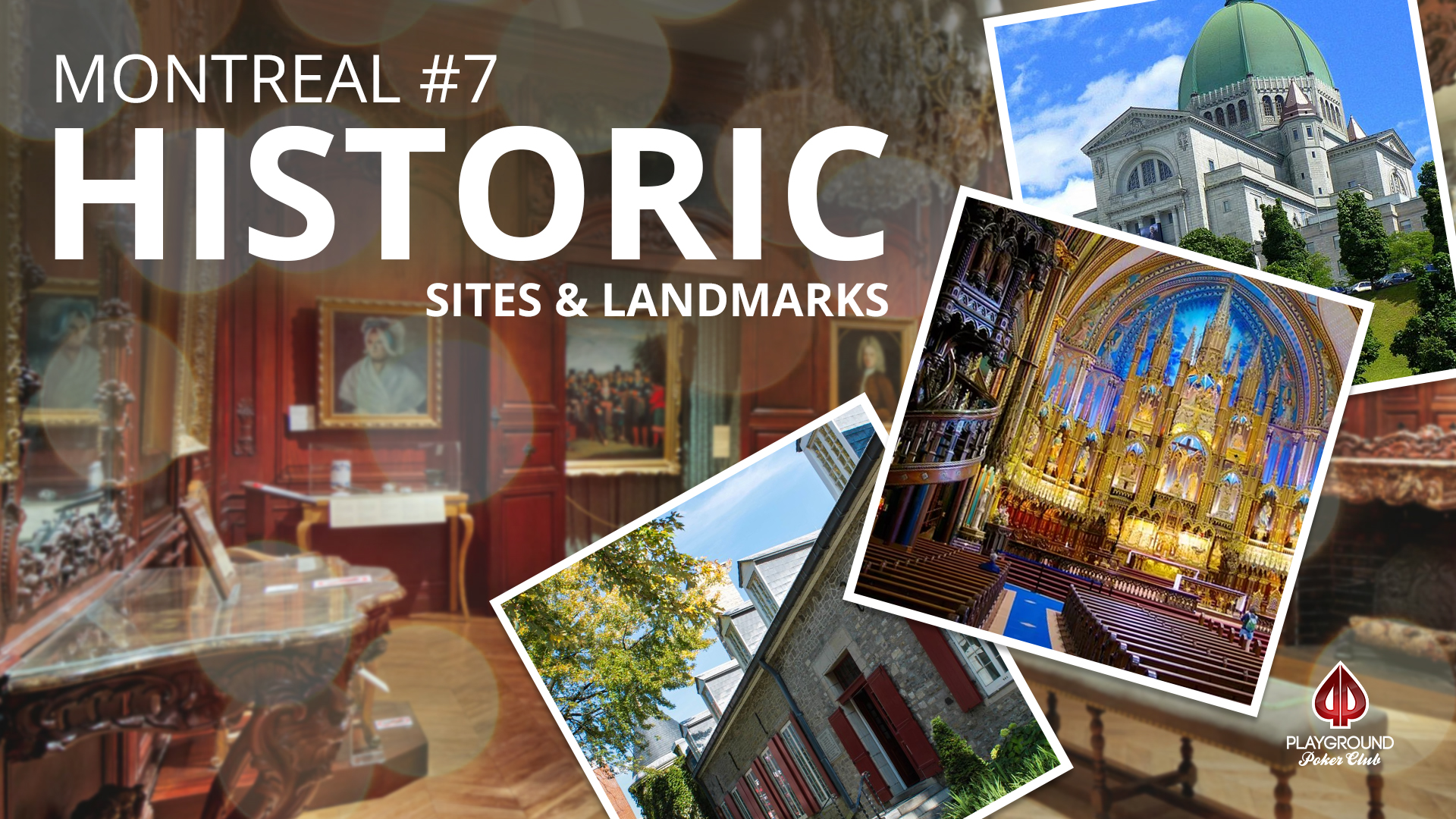 History is important to us at Playground Poker Club – it helps drive us to exceed your expectations of what a poker room should be. It’s important to remember your roots while looking to the future. But making history is not easy! You need to get lucky – and luck is what happens when preparation meets opportunity. We’ve seen this here at Playground many times, be it when Mike Sexton won his first WPT event, or just months later when Ema Zajmovic becoming the first woman to win a WPT title in an open event (which also recently won Moment of the Year for 2017 at the American Poker Awards). Both milestones were reached at Playground Poker Club – and part of “luck” is that you need to be at the right place at the right time. The right place? Here at Playground Poker Club. The right time? From April […] 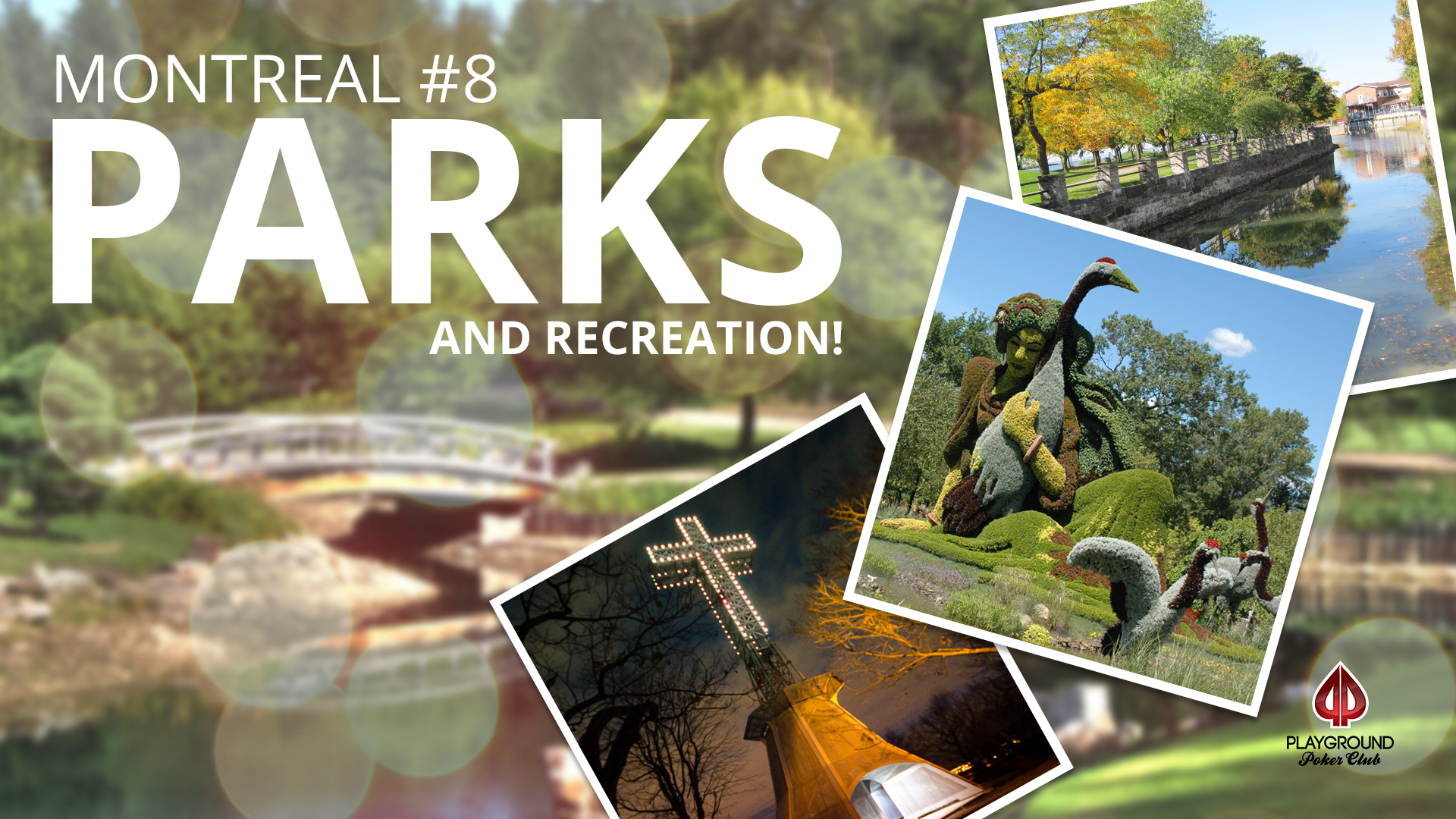 Obviously we are not referring to the sitcom starring Amy Poehler, we are talking about green spaces, fresh air, and a little peace and tranquility. In order to play your best at the MILLIONS North America, you will need to feel your best, and a little exposure to nature can go a long way in reducing your stress and boosting your happiness. So don’t forget to take in a little greenery on your way to the felt, it’s just what the Playground Doctor ordered. First on your list should be Mount Royal Park, a hill with 3 peaks right in the city, which is an extinct volcano that was probably active 125 million years ago. It’s easy enough to find, just look for the Cross, the first of which was placed there in 1643 by Paul Chomedey de Maisonneuve, the founder of the city. Weather and time permitting we recommend you […] 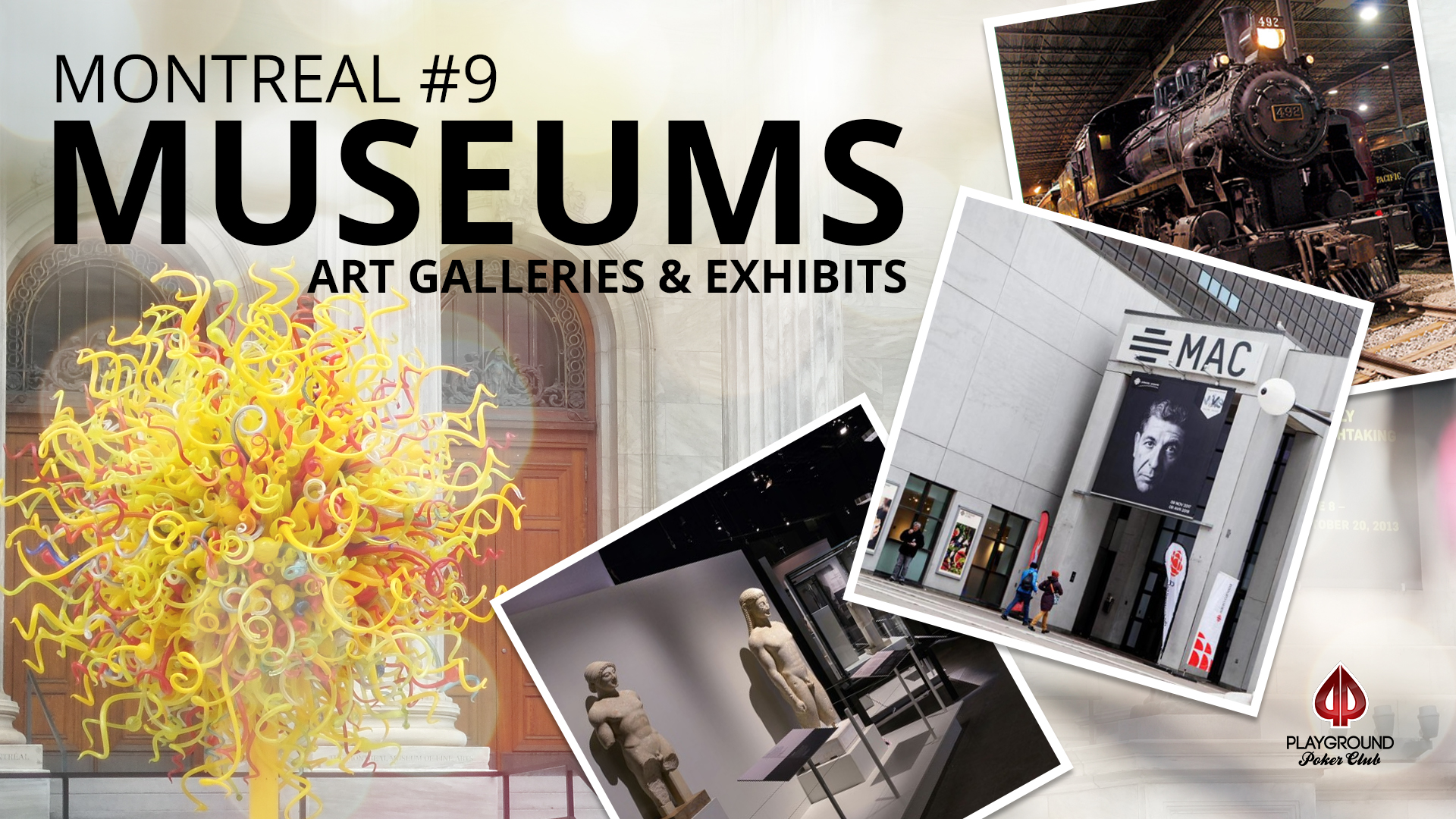 There are over 55,000 museums in 202 countries, and Montreal has more than its fair share of beautiful and educational places for you to visit. A museum is a great place to unwind and bring some inner peace to your poker-playing mind. Not to mention that a museum provides plenty of food for conversation, whether at dinner, over drinks, or at the poker table. So get inspired, surround yourself with greatness, and prepare to achieve it yourself at the MILLIONS North America. If art is your thing, then the Montreal Museum of Fine Arts should be the number one stop on your list. It numbers over 41,000 works from Antiquity to today, making it unique in Canada. And it doesn’t hurt being just around the corner from the Loews Hotel Vogue where you can score preferential rates by using promotional code: Playground Poker. We also highly recommend taking the time […] 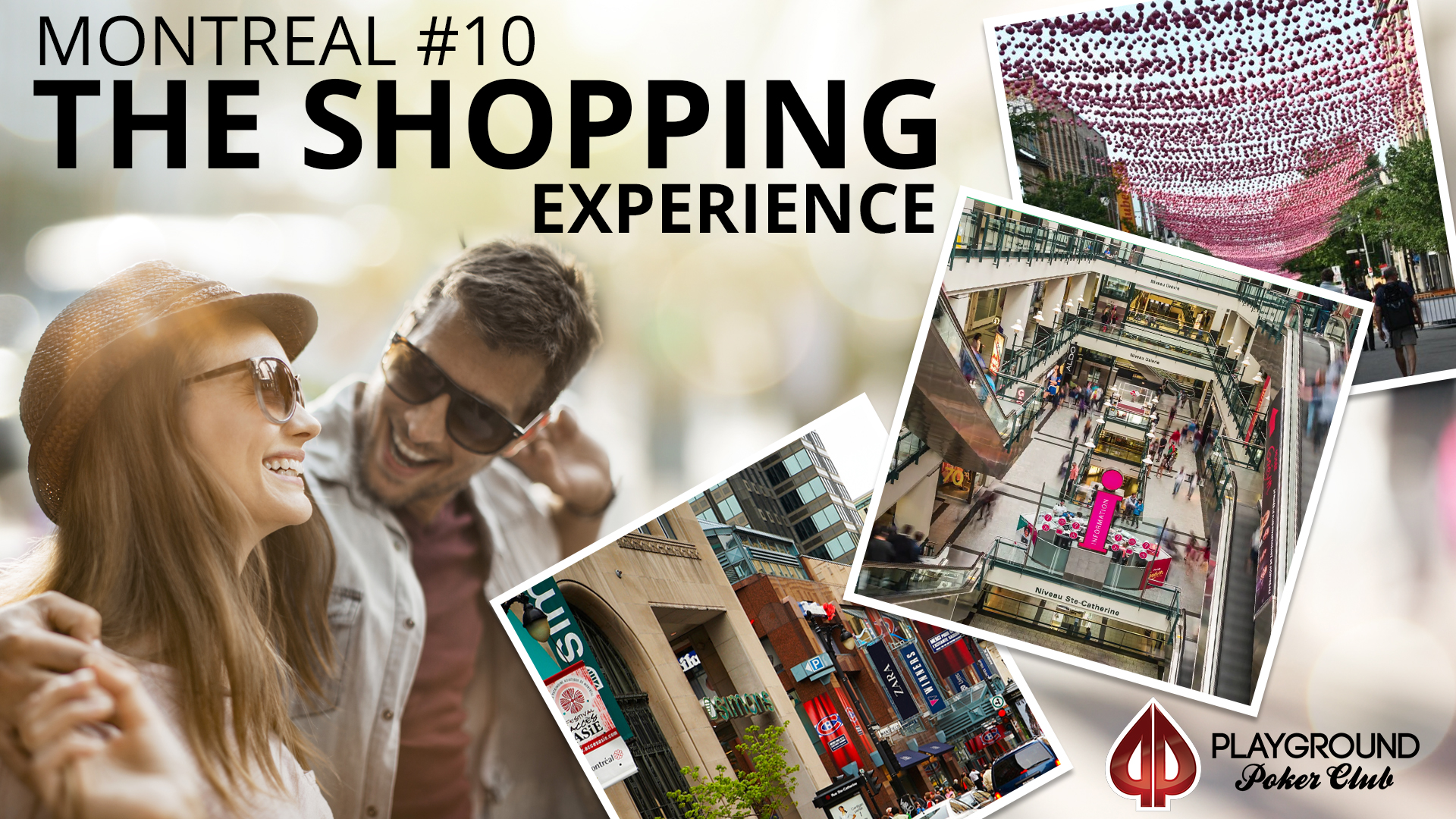 Thousands of poker players are preparing to descend on Playground Poker Club from April 21st to May 2nd. The reason is simple: the MILLIONS North America and a chance at winning a share of the $15,000,000 in Guaranteed Prize Pools; including the MILLIONS Main Event with $10,000,000 Guaranteed. Now, we realize many of you will be visiting our city, our province and even our country for the very first time. So with that in mind, we will be, for the next 10 weeks counting down to the MILLIONS North America, share with you a Top 10 of must-see attractions and must-do activities in and around one of the oldest and most unique cities in North America; Montreal. By the time we reach number 1 on our list, you’ll probably want to move here… or at the very least come back for the World Cup of Cards later this year. #10 […]