With the top nine spots getting paid, the tournament director paused the clock once the field dropped down to 10 players.  A few of the players asked about paying the bubble, but there was some resistance to this by a few of the players and play marched on. Hand-for-hand action last the better part of 20-25 minutes, until the fatal hand took place.

Irene Tzanetopoulos went to the flop against Danny Landry. Irene was 1st to act and led out for 12k. Danny, who had been nursing a below average stack for some time, was apparently delighted to see the

flop and announced that he was “all-in”.  Irene thought about it for only perhaps 15-20 seconds, and then picked up a yellow 1K chip and threw it in, signalling a call.

Danny had flopped trip 4’s, and Irene had a flush draw. Danny wqs holding on tight as Irene was hoping for a diamond.

and Danny’s only remaining hope was to boat up on the river.

And just like that, Danny Landry became the “bubble boy” and the tournament is in the money. 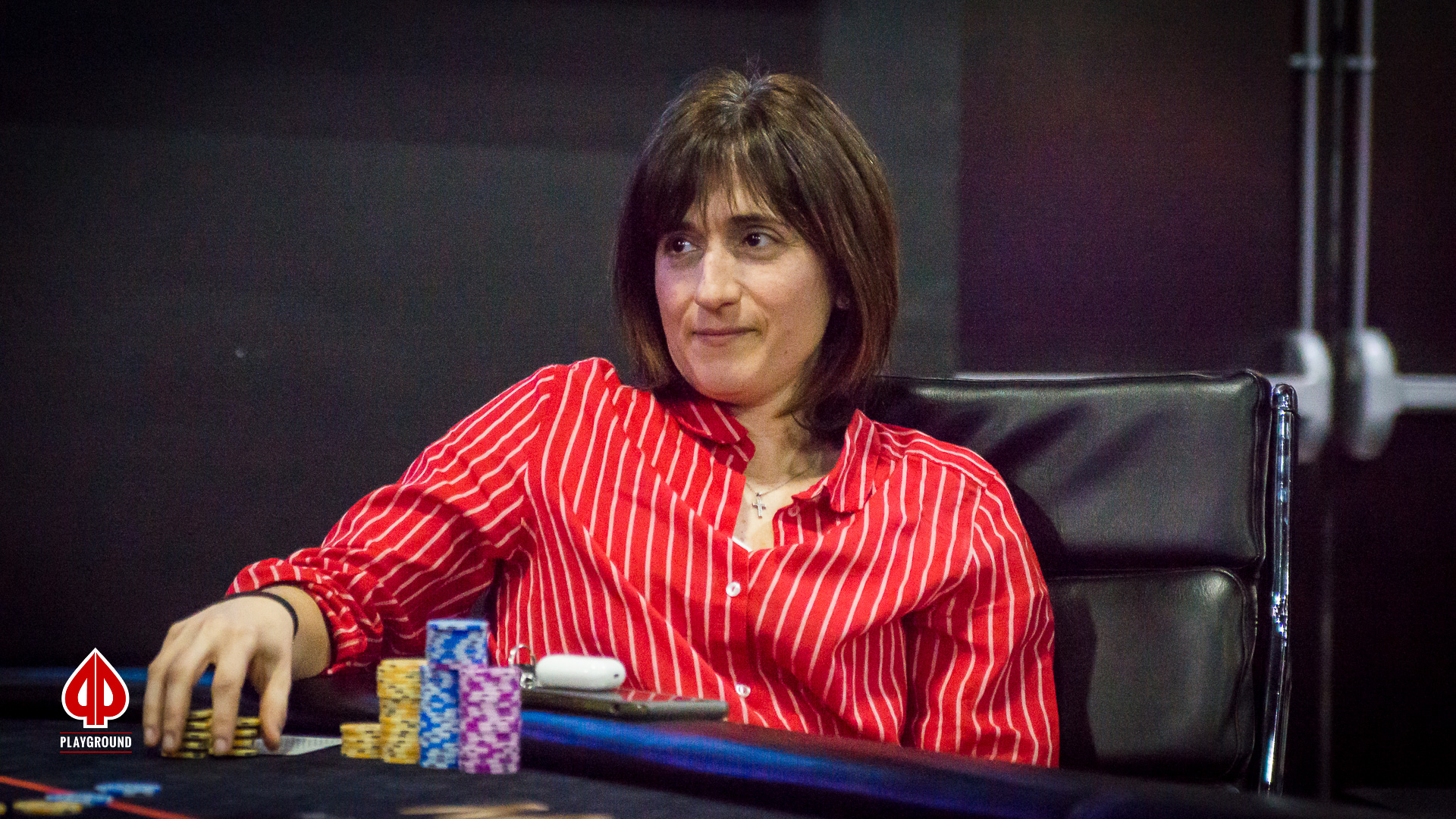