Another great event has come and gone at Playground. The partypoker LIVE MILLIONS North America left in its wake a trail of memories that many will cherish for the rest of their lives. The festival, although nicely highlighted by the presence of many international pros, was taken over by local players, who took down 7 of the 11 titles, including the Main Event, to reinforce Quebec’s reputation of breeding strong poker players. A total of $8,517,161 was paid out through 11 events. All tournaments met the guarantee and offered some amazing prizes. A resounding success! 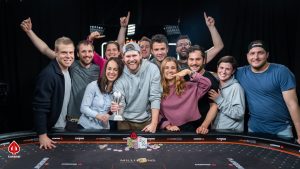 The $10,000 + $300 Main Event was strongly contested. The final 8 counted three locals, but after Ruben Perceval’s elimination in 8th place, only two were left for Day 5: Danick Landriault and François Billard. Alongside them were Rabichow, Fontan, Petteri, and Kolonias, all very strong players. François Billard was the last man standing, and after a grueling 15-hour final day, he claimed the stunning Main Event trophy and $961,400 in prize money, making his large following and the whole region proud.

The tournament was the first $10K buy-in Main Event hosted at Playground, and was a resounding success in so many ways. partypoker LIVE and Playground’s commitment was to allow 200 qualifiers to experience a major tournament, to play a world-class structure and rub shoulders with some of the great names in the game. In total, 203 players came from the various satellites: online Phases, live Direct Satellites, and of course, STEP Satellites, which allowed so many players to level up and play in the big league for a fraction of the cost. Six of them were presented to you in a series of features. Half of those made Day 2, and Christine Park was the last to go; she was eliminated late on Day 2. 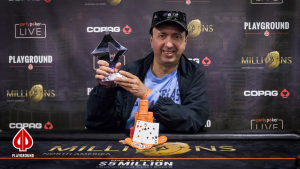 Marc Saddik, however, blew everyone’s mind with his overall MILLIONS North America performance. Qualified for the Main Event for 0$ through the STEP satellites, he did not make Day 2, but the experience must have filled him with fresh knowledge and unwavering confidence, because he went on to claim not one, but two MILLIONS North America trophies in Event #10 and Event #11, not to mention $20,071 in prizes. This is an unbelievable feat that will be remembered for a long time… especially by Marc himself!

The Montreal Open was taken down by Danny Boyaci, a local grinder who can often be seen on the toughest cash games at Playground. Yirui Zhang took the Playground 200 trophy. After winning that event, he went on to take 8th position in the Playground 1000, a tournament that was won by Lily Kornik, a lovely lady from Montreal who proved that she belongs in the most exclusive winner’s circles. Check the Official Event Blog to read about all our champions!

The player party, an important night of any partypoker LIVE tour stop, was one to remember. It was held on Thursday May 24 at Bord’elle, a classy burlesque cabaret, and the theme was… Enchanted Forest! Players and partypoker LIVE staff had an amazing time letting loose in the well-decorated venue. Another way to infuse some extra fun in the event was the Ultimate Poker Couple promotion, won by Mike Mcdonald and Kitty Kuo, who managed to beat Kristen Bicknell and Alex Foxen in their Main Event finishing position average. They win a $12K package to MILLIONS Europe!

The next stop on the 2019 MILLIONS tour is MILLIONS Vegas ‘Special Edition,’ which is the latest addition to the yearly schedule. It is a stand-alone tournament held at Aria from June 28 to July 2 and boasts a $5,000,000 guarantee.

As for us at Playground, we are extremely proud of the MILLIONS North America success, and are now looking to the future where the WSOP-C awaits! To all participants: players, partypoker LIVE, their staff, Playground staff, and everyone who stayed informed from afar, we want to say: “Thank you!” 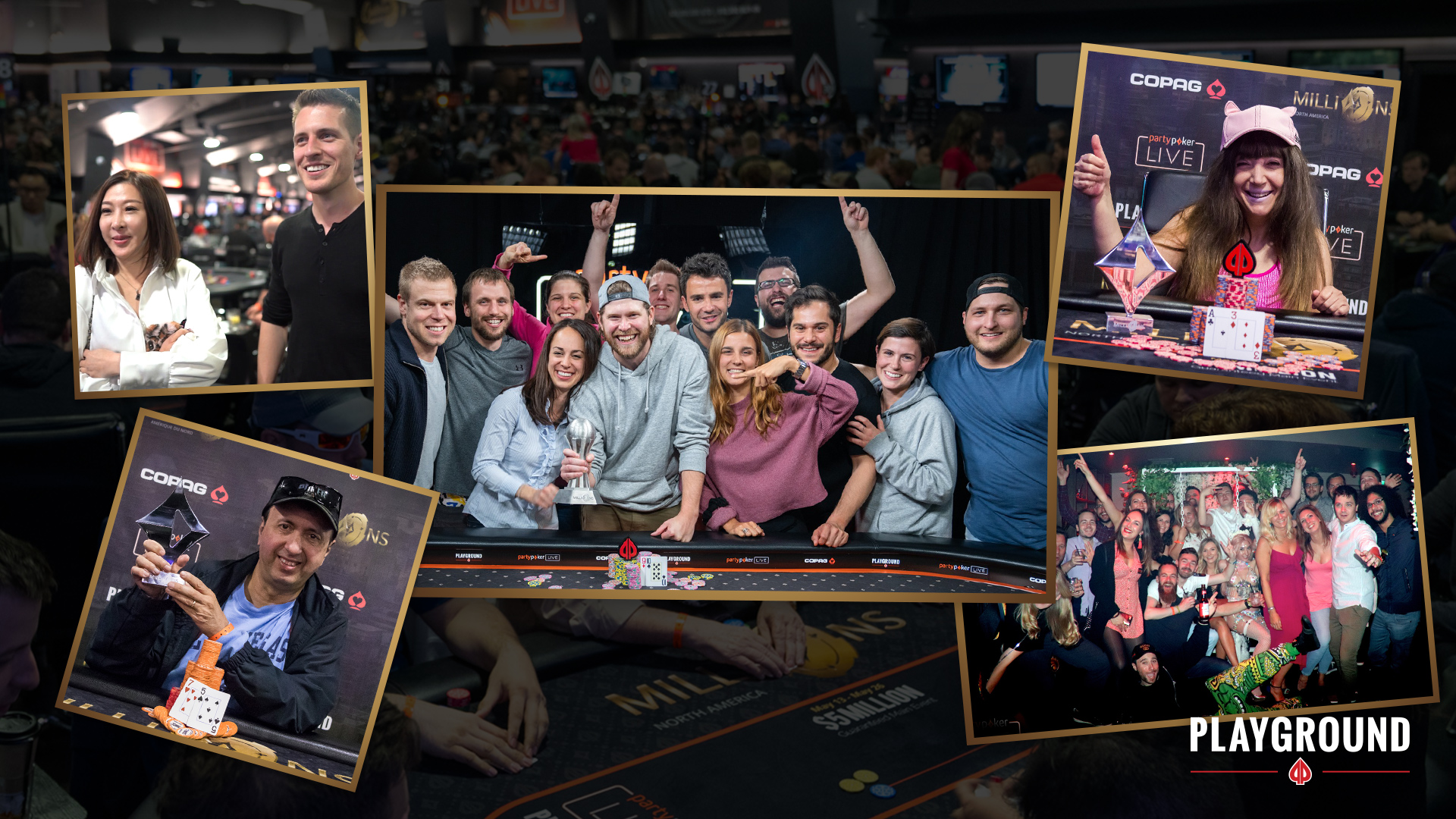