The tournament is now heads up as it just lost Nicholas Soller, aka “Shooter McGavin”, as he is know on the cash tables at Playground. Nick is a solid grinder who has many final table appearances at Playground, including one last night. He tried his best this evening but in the end he got low on chips and put all of them in to the middle with

, and he was called by Mark Fitzpatrick who had

.  It started off looking good for Nick, but the flop came

and Mark had flopped trip 9’s. The turn was the

, sending Nick to the payout cage and leaving Mark Saddik and Mark Fitzpatrick heads-up, playing for $4,000. 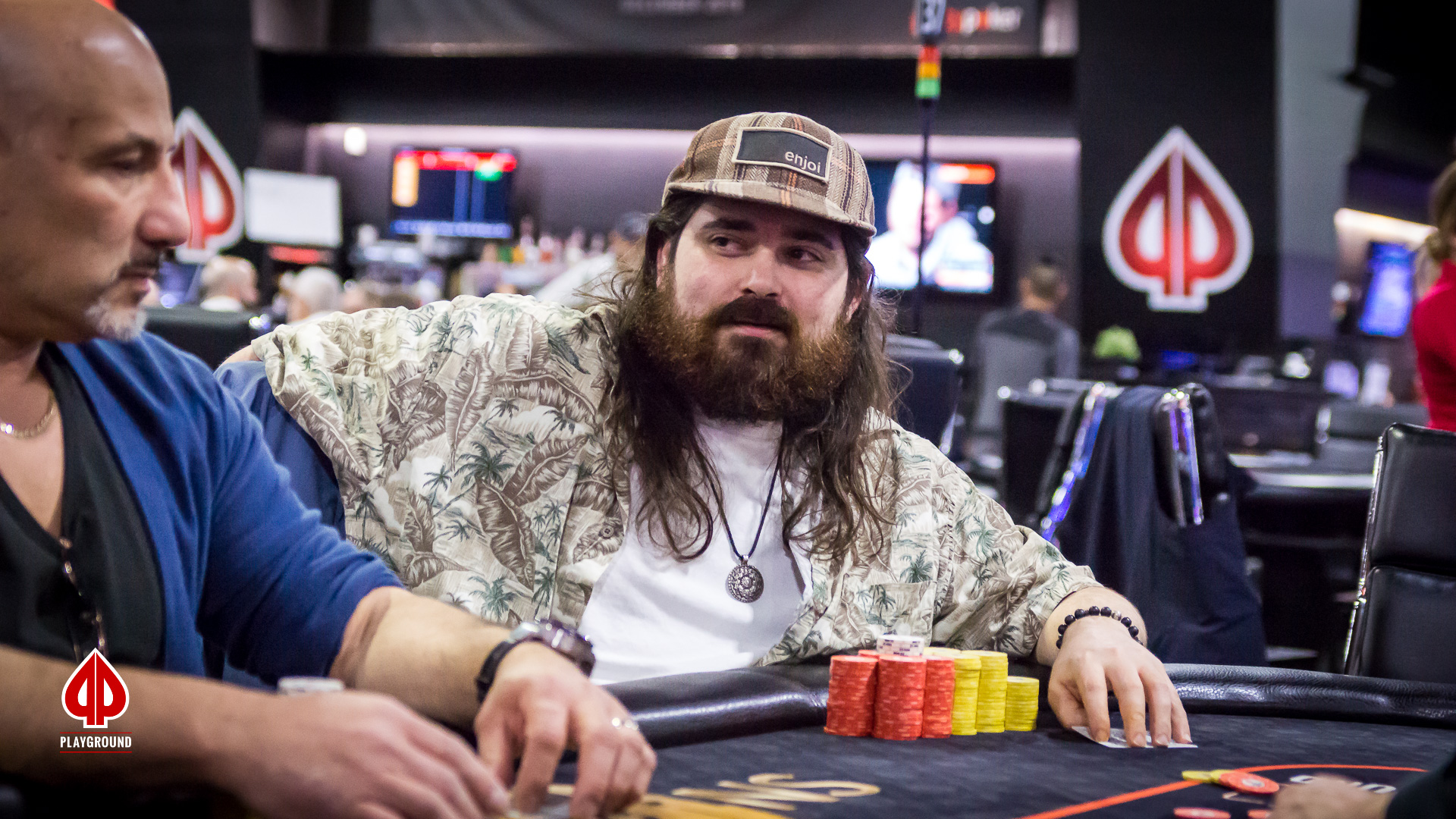 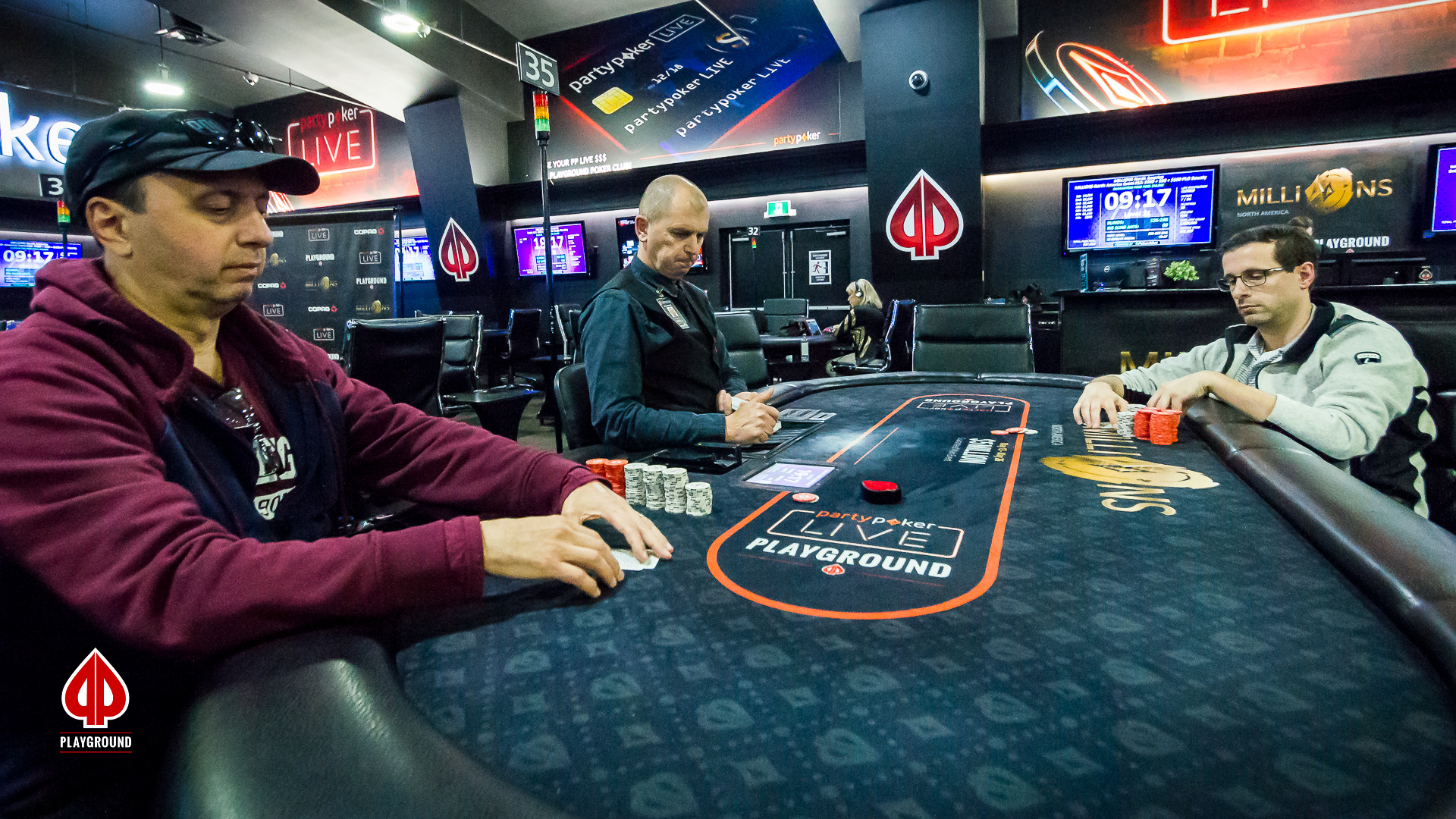