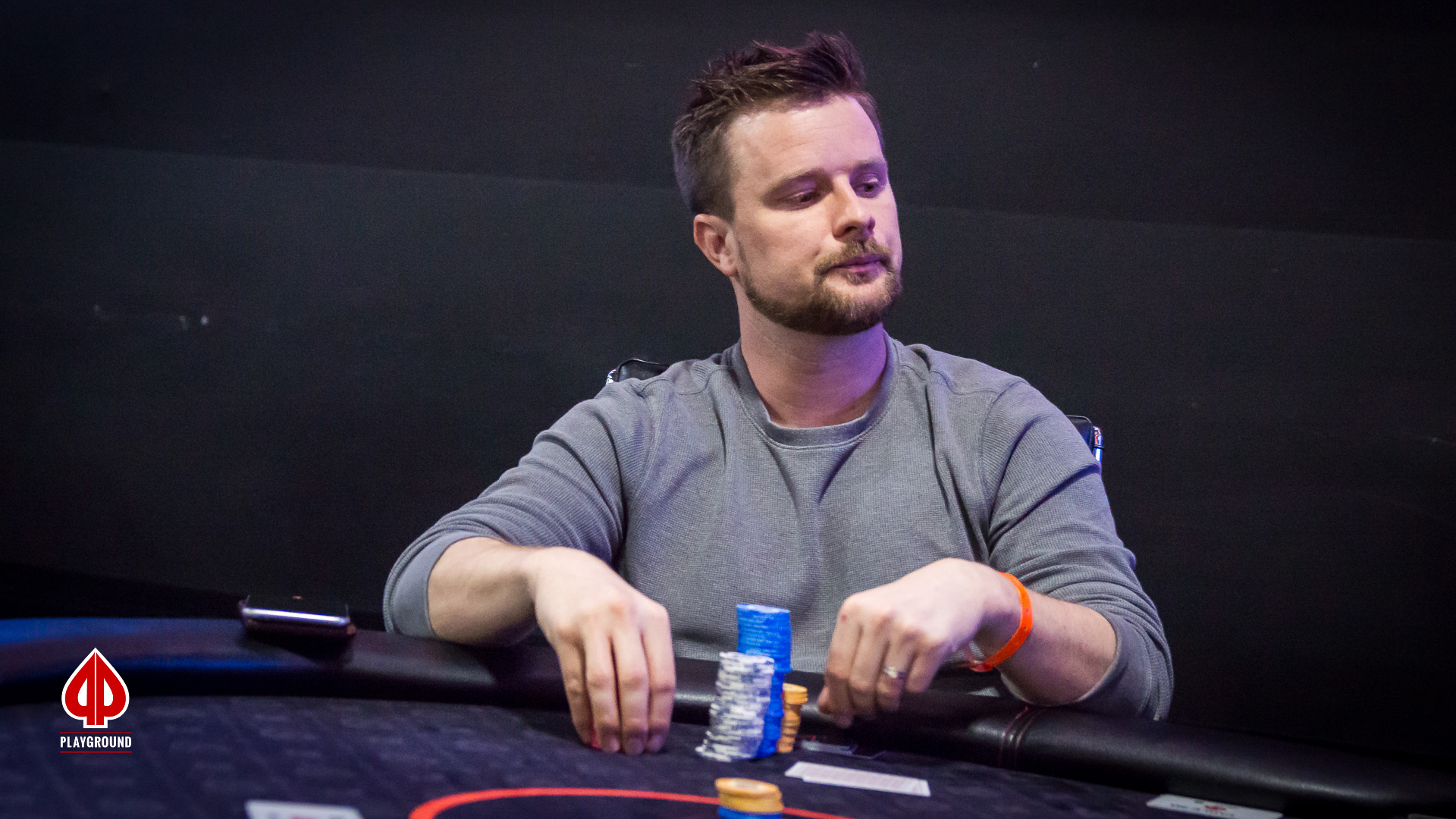 Niall Farrell was nursing the smallest stack on the table after losing a big hand against Pantling earlier on. We didn’t see the action but were told that he finally picked up a premium hand, and when Gruissem opened the action. Farrell 3-bet, only to be met by a 4-bet shove by Gruissem. Farrell snap called the shove of close to 680,000, and he opened up his hand to show pocket Queens. Gruissem had a pair of eights. It seemed like a dream spot for Farrell.

As fate would have it, the board ran out in the worst way possible for Farrell as Gruissem made a straight. Farrell decided to call it a night, although he still has the option of re-entering right up until the end of the late registration period on Day 2, which is at 4:15pm. 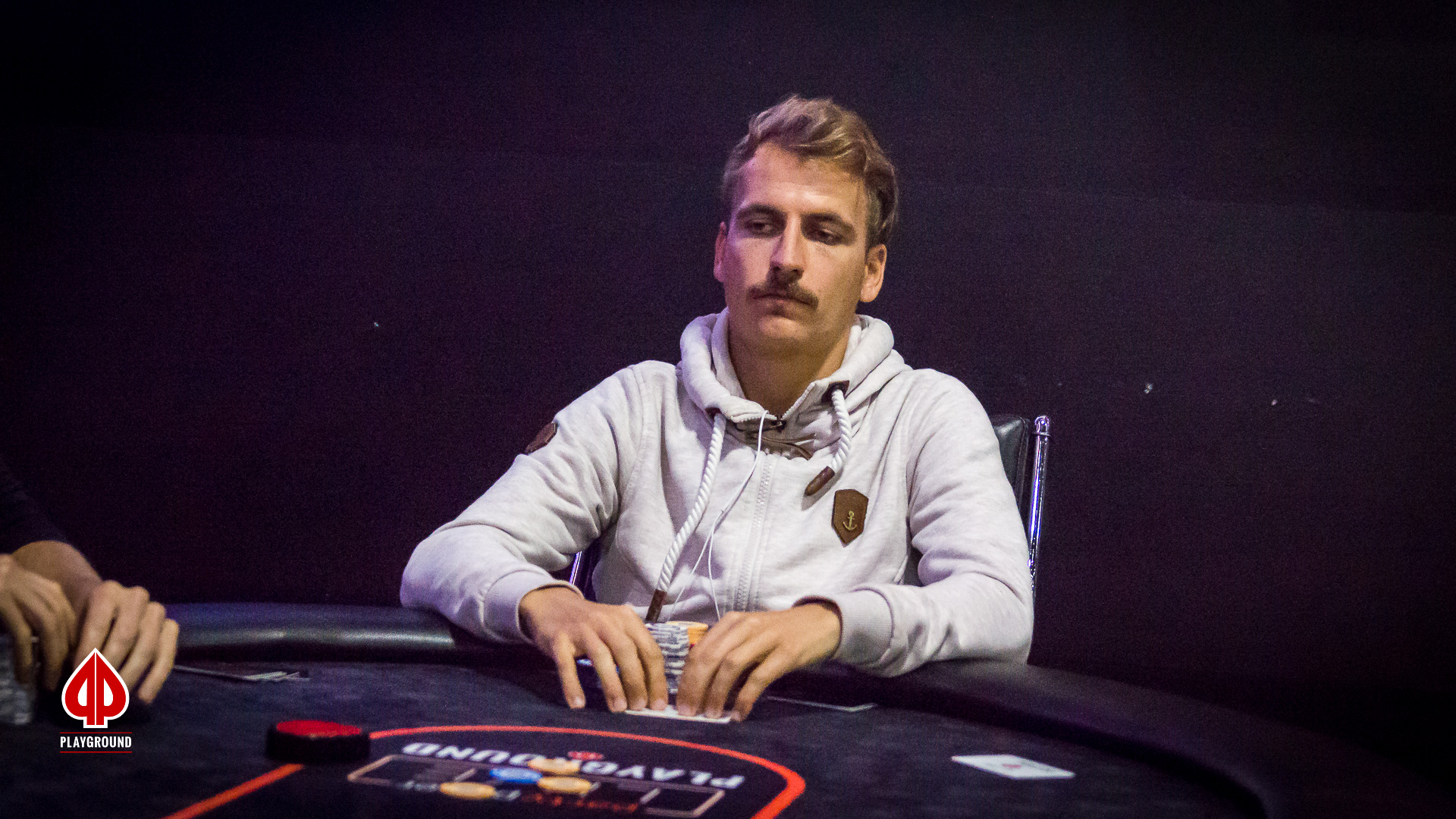 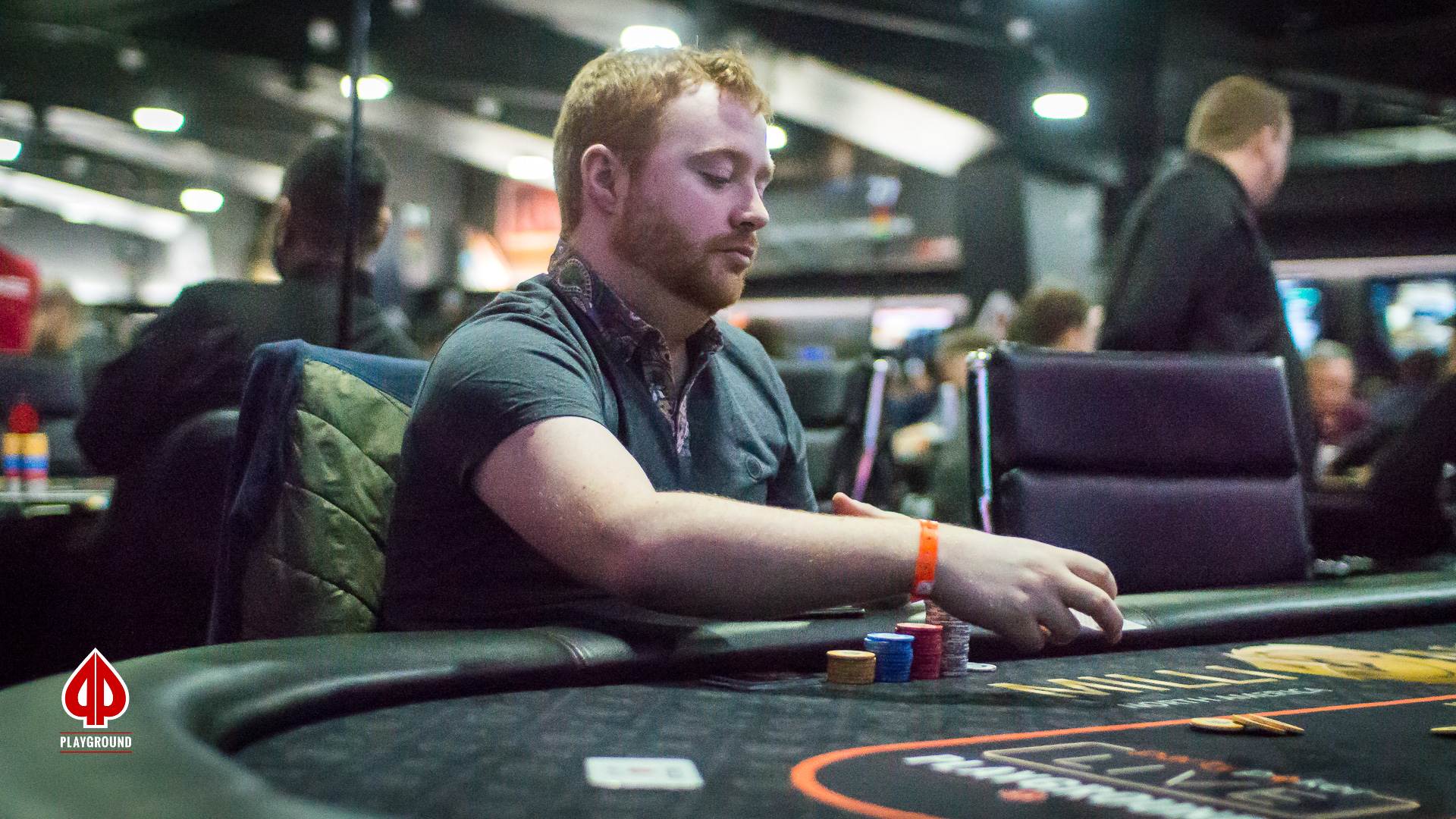 Earlier on, Farrell lost a big pot against Pantling on a dirty river. Farrell was holding JT and flopped Broadway on

turned, and once again, checked when the

fell on the river. Pantling thought it about for some time, and then put in a bet of 480,000, which Farrell snap called. Unfortunately for Farrwell, Pantling had AQ, flopping two pair and boating up on the river.

Speaking with the partypoker LIVE manager onsite, he had mentioned that in the Super High Roller that played in Rio, they only had a field of nine players on Day 1, however, it mushroomed to 42 players on Day 2. His expectations are that since many of the pros are only landing in Montreal this evening, quite a few should join the field for the Day 2 action. This tournament is long from over and day 2 should bring a lot of exciting action.

Well know German pro Philipp Gruissem has just sat down in seat 3, so the table is now four handed. Gruissem has 61 cashes on the Hendon Mob going back as far as 2011.  He is known to be a beast on the felt, and will certainly bring some exciting action to this single table Super High Roller. 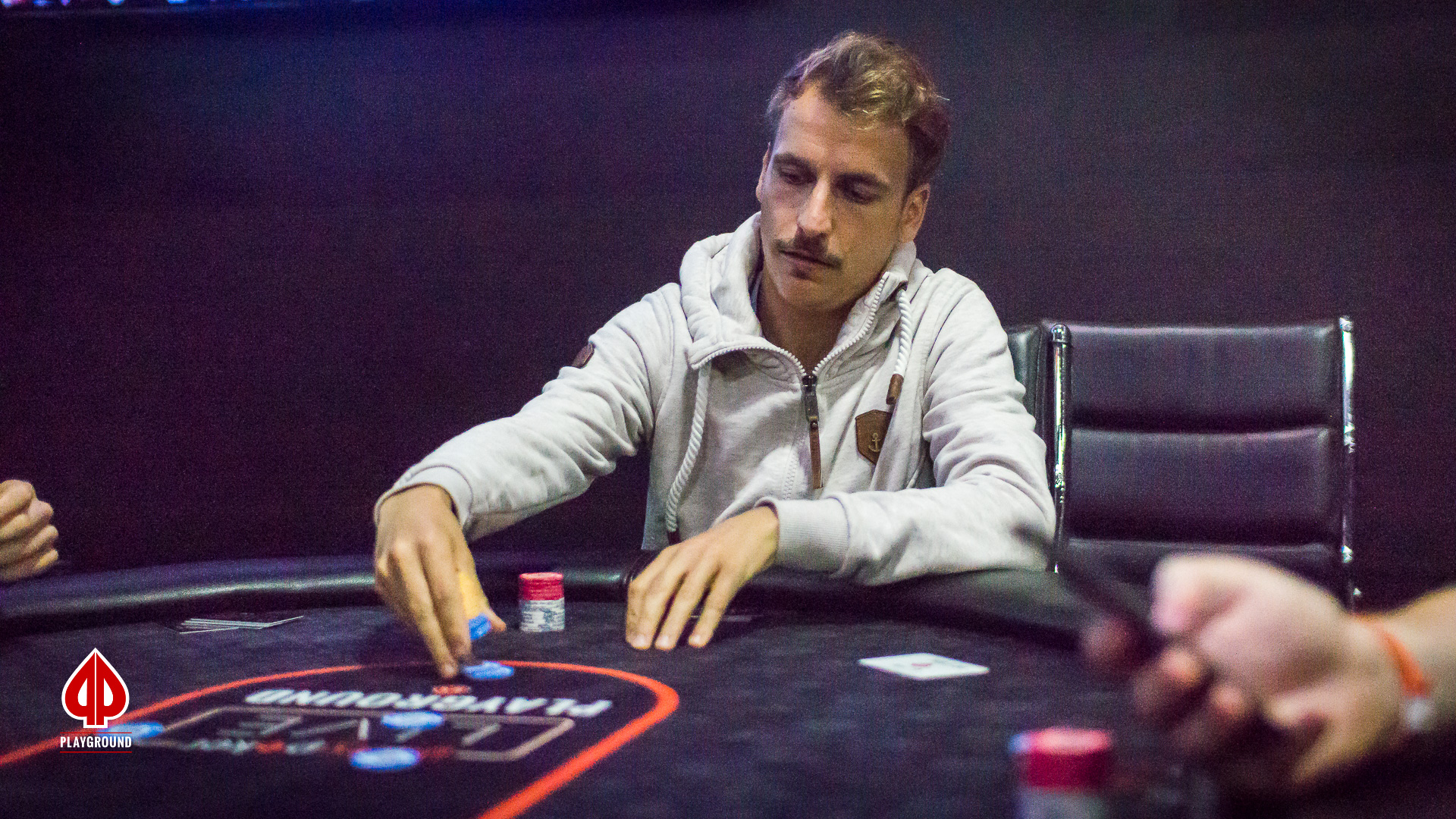 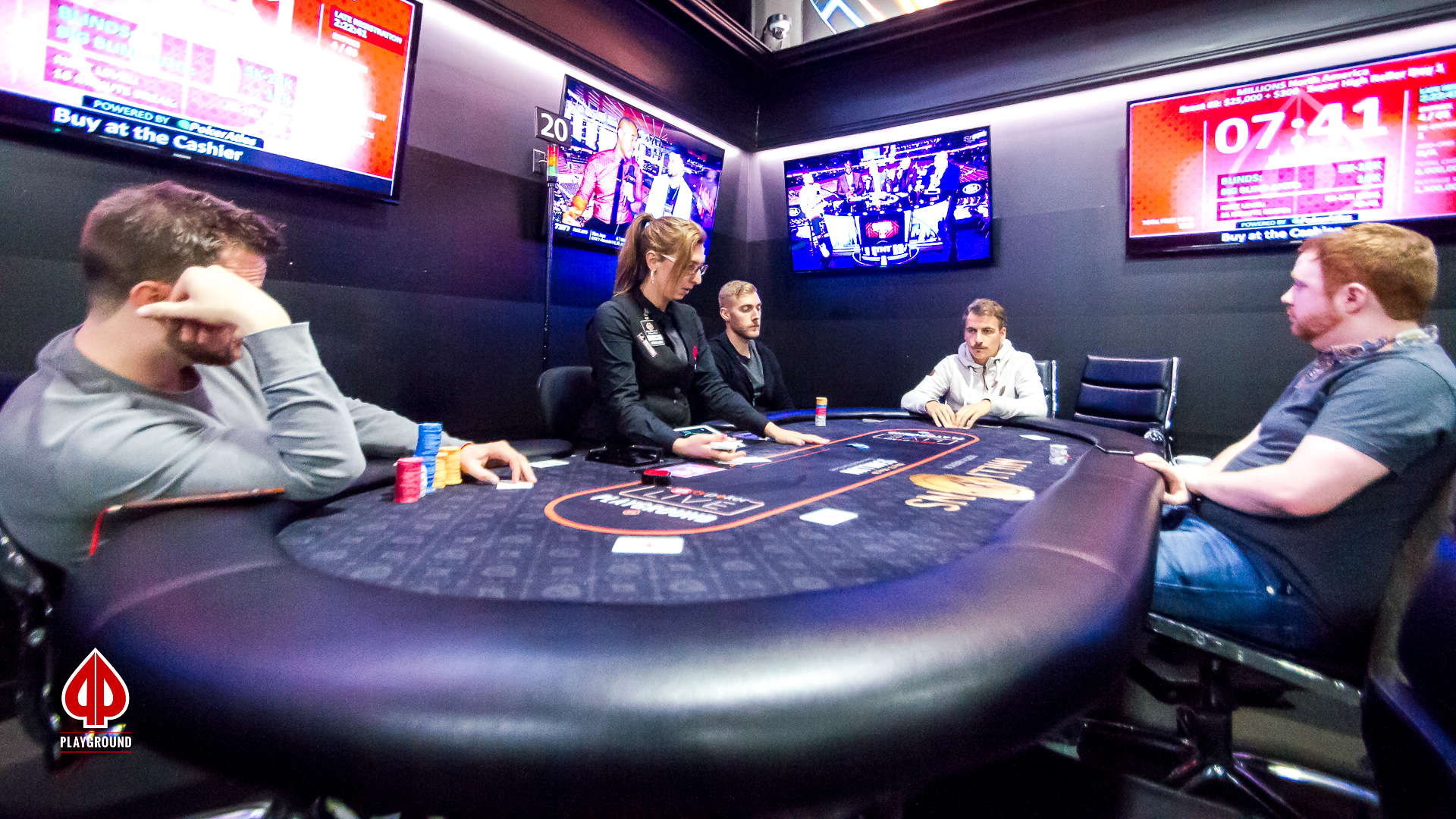 Niall Farrell has the lead at the first break, with 2,414,000 chips. Here are the chip counts of the three players:

The Super High Roller has lost Marc Macdonnell, and has also had it’s first re-entry as Andrew Pantling ran into some bad luck and decided to jump back in.

German pro Manig Loeser has also now joined the field. Loeser is a solid player with a very impressive resume. 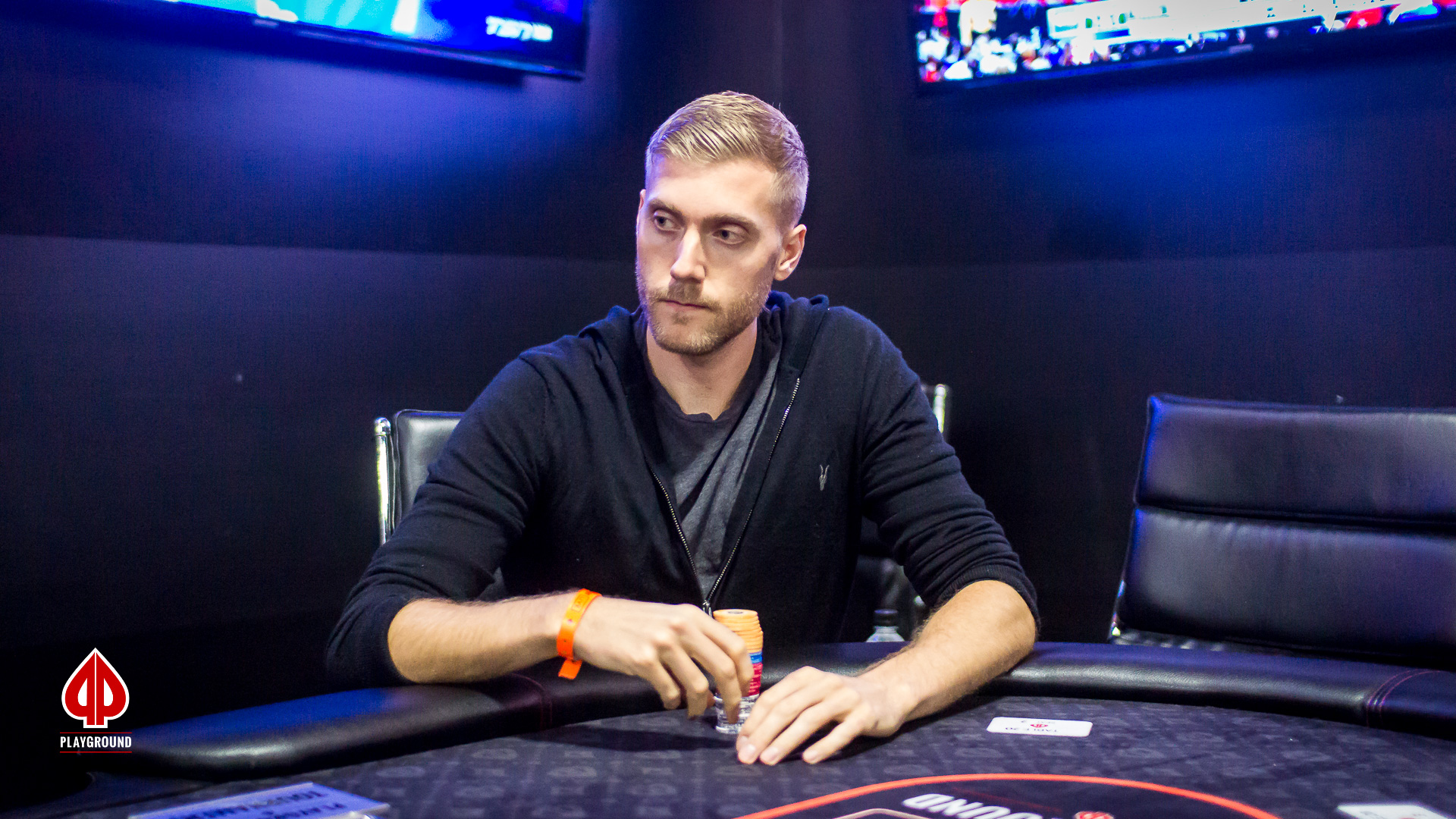 The tournament director and the three players who registered have jointly decided to put the cards in the air and get the tournament started. Maria Ho was about to register but in the end, she said that she’s worried the players may start drinking and instead of playing the Super High Roller, she decided to register for the $1000 + $100 Montreal Open (Event #2). Chatting with Niall Farrell earlier on, he assured me that although he had a few pints at the table last night in the $1000 + $100 Montreal Open, tonight in the Super High Roller he won’t be looking to tie one on. 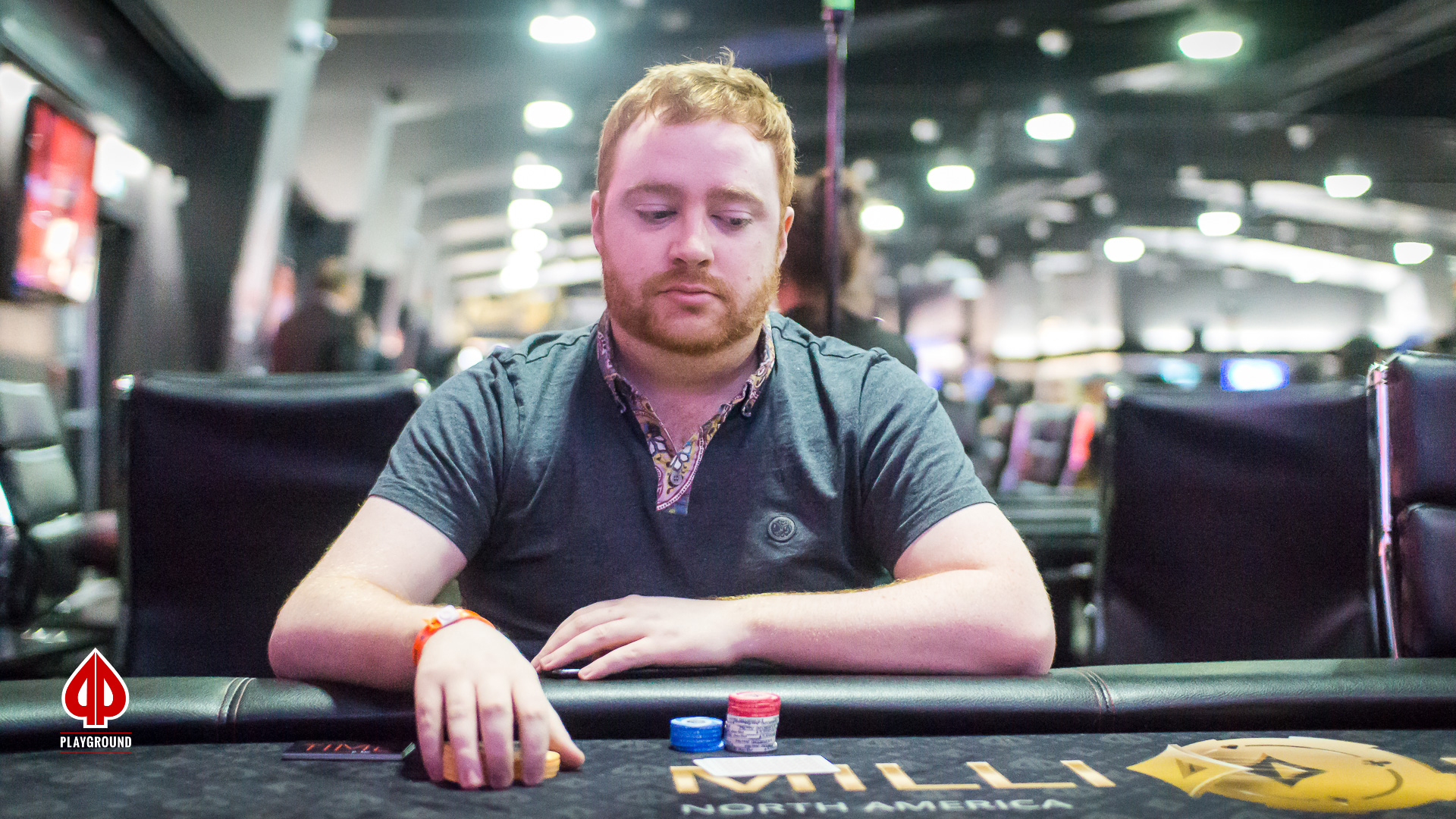 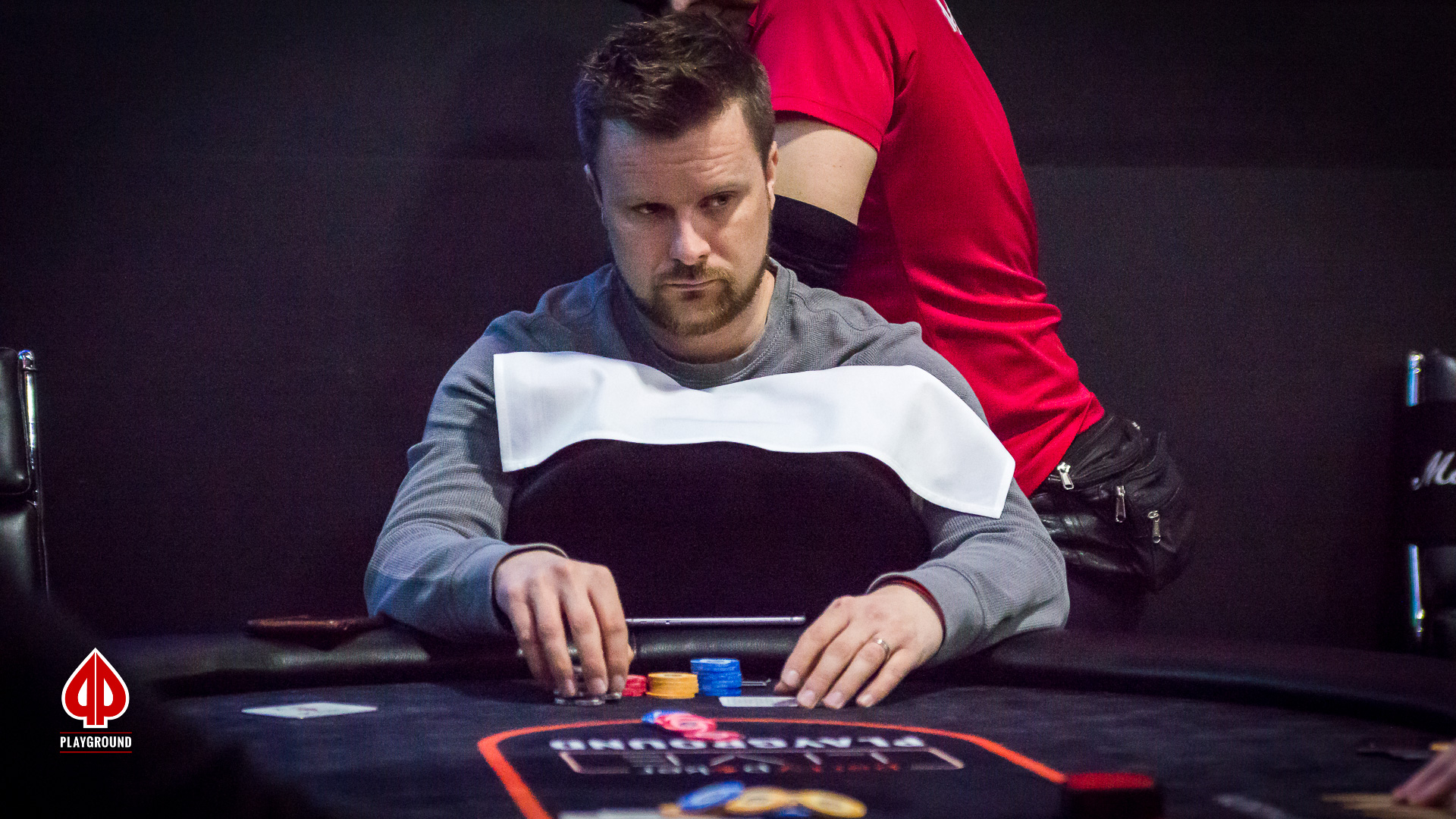 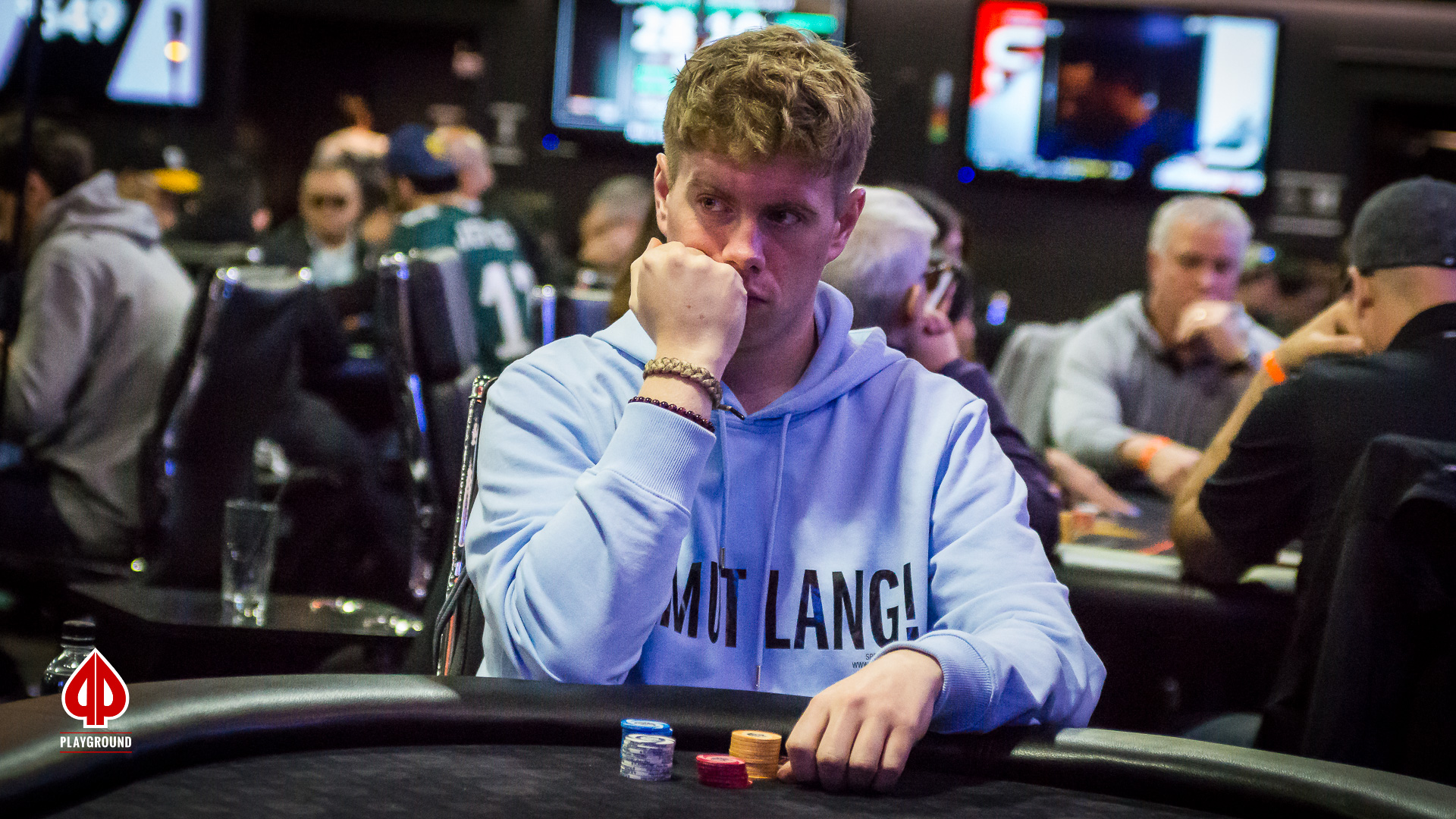 Event #3 of the MILLIONS North America, the $25,000 + $300 Super High Roller, is just getting ready to start. Registration is underway right now, and players are expected to slowly trickle into the room as the night goes on. There are currently three players in their seats; Andrew Pantling, Niall Farrell, and Marc Macdonnell. The tournament director has put a 30 minute delay on the start of the tournament as since it plays out eight handed, there must be at least four players before the cards will be in the air.

This prestigious two-day event will start players with 1,000,000 in tournament chips for eight 40-minute levels of eight-handed play on Day 1. Day 2 begins Monday, May 20 at 1:00pm and will play until there is a winner. Blind levels will increase to 45 minutes on Day 2, until heads-up play begins, when they will be reduced to 30 minutes.

This is a re-entry event with unlimited re-entries permitted until the end of the late registration period at the beginning of level 13 on Day 2. 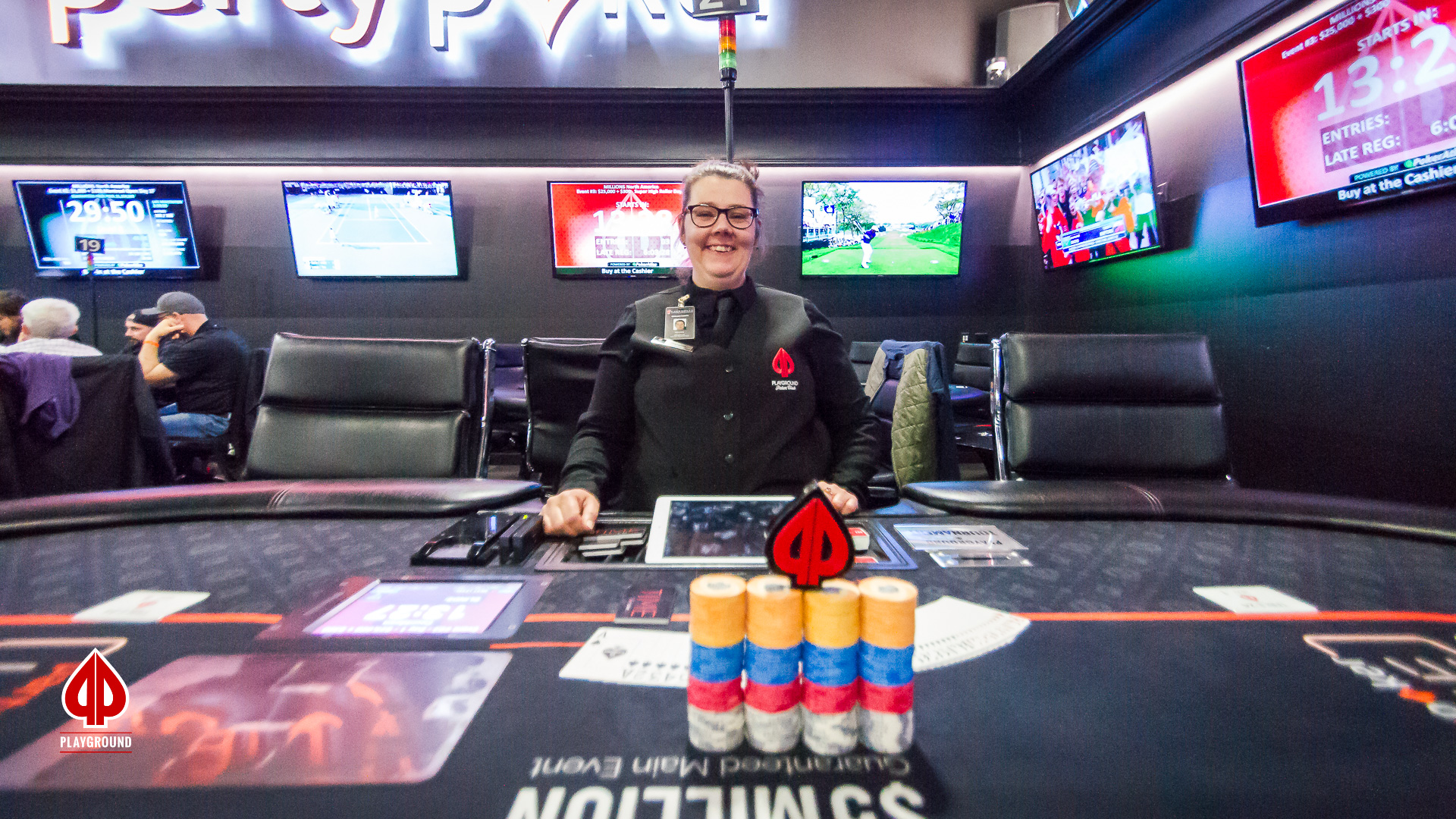