Tu Kham Tran is a local tournament a cash game player who is known to have a “wild style of play”, often building a stack early in the game with his super aggressive style. Other times he is seen exiting the tournament room before the tournament reaches the first break of the evening. His approach in a higher buy-in event might have been a bit different as although he played his loose-aggressive game early on in the tournament, he tightened up and played solid in the latter stages. He is also is fresh off of another final table earlier in the festival in Event #3, The Monster Stack, where he finished in sixth place.

Tran was the Day 1 chip leader and finished Day 2 in second place. He played a good game today and stayed in one of the top positions throughout the entire day. When the final table was finally formed, he had one of the top stacks in play. As play went three-handed, the players looked at the ICM chop numbers but in the end, Tran said “let’s just play on”. He had the confidence and knew regardless what might happen, he was already making some decent money and wanted to just play down to a winner. None the less, a little while later, the three players once again looked at the numbers and this time all three agreed to making a deal. Once play opened up, Xiaoming Su was the first to leave, exiting in third place for a $45,860 payday.

Heads-up play took place between Aaron Olshan and Tu Kham Tran for less than one full level, and the final hand came to be when Olshan picked up

and decided to move all in. Tran made the call with

and the delaer proceeded to fan out the board.

and boom, Tran had flopped the nut flush. The

on the river were of no consequence, and just like that, The WSOP-C Playground High Roller crowned a champion, Tu Kham Tran. 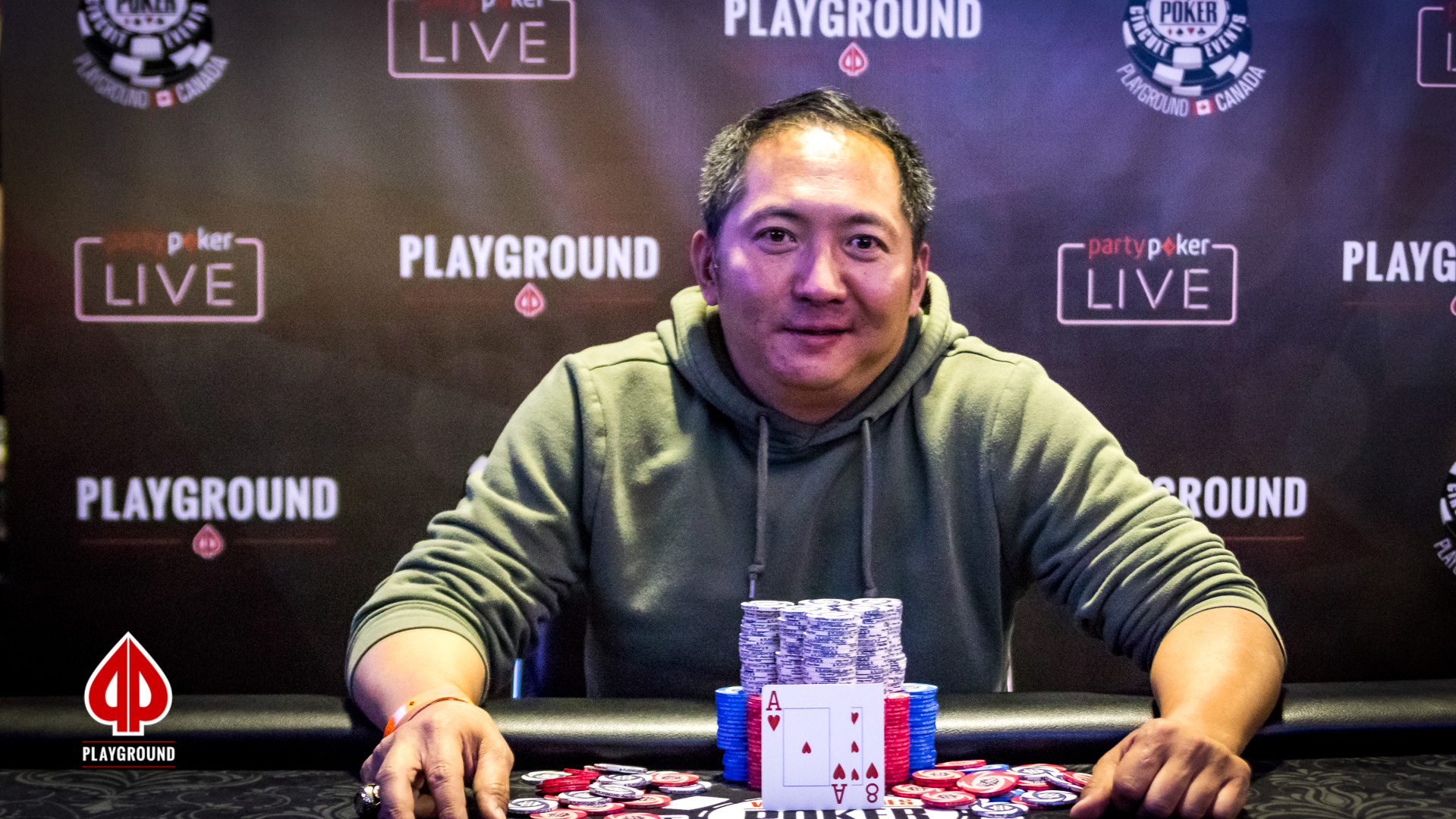 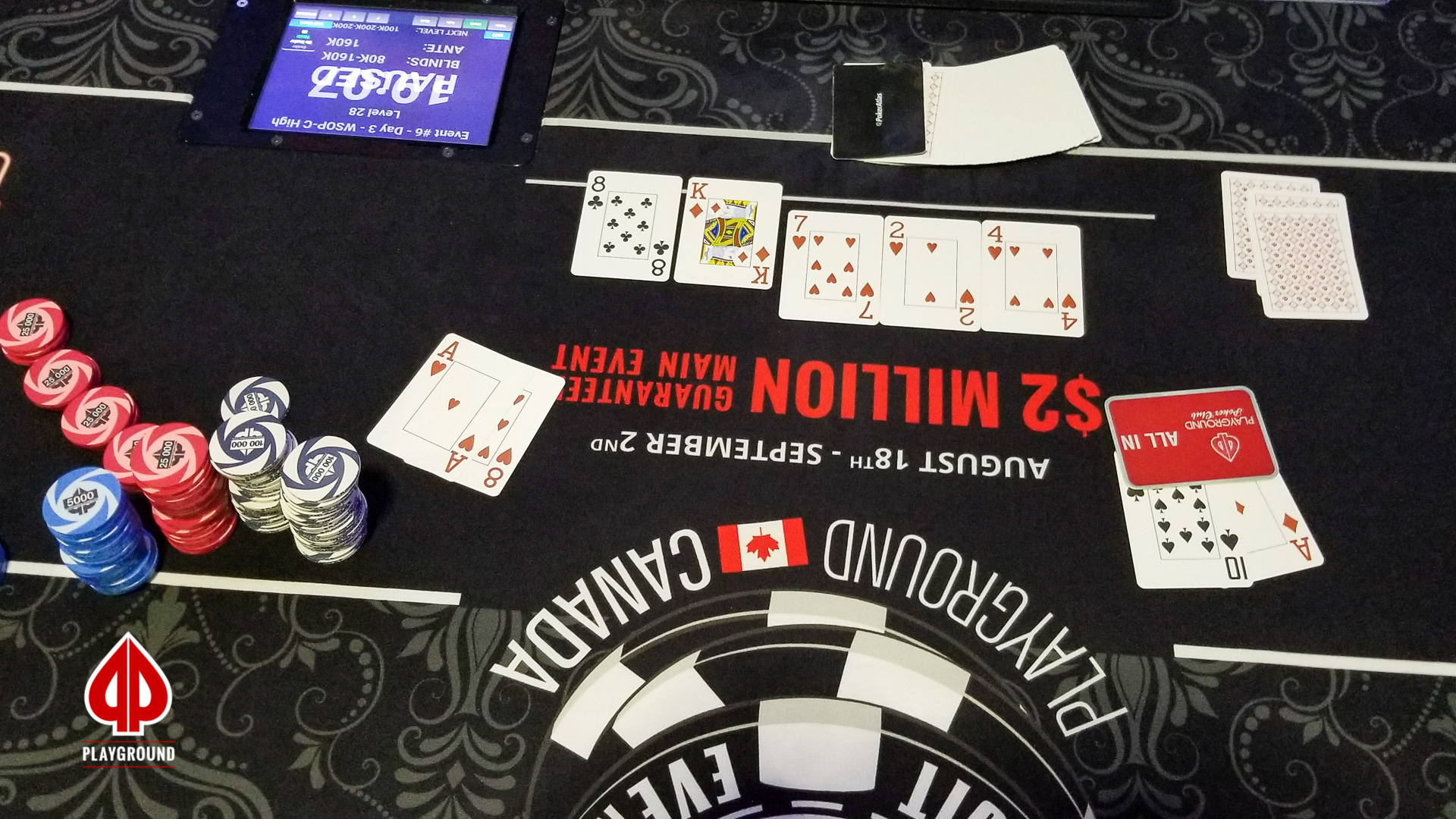 Xiaoming Su played a great game and stayed under the radar until the tournament was close to the money bubble, when all of the sudden he seemed to put the pedal to the metal and began to chip up nicely. As Day 3 started, he not only played well but also had the poker god on his side as he had some phenomenal run good to go along with his skill and he became a force to be reckoned with.

and Tran checked again. Su upped the stakes this time with a bet of 780,000, only to be met by a raise from Tran to 2,000,000 and at that point the rest of the money went into the pot and the hands were opened:

river didn’t help out Su, and he was sent to the rail in third place.

The players are now heads up for the ring and $15,000 to be added to their ICM payouts.

The players asked to see the ICM numbers one more time and in the end they were able to agree to a deal. The payouts will now be as follows:

On top of the ICM payouts, they will be playing down to a winner for an additional $15,000 and the championship ring. 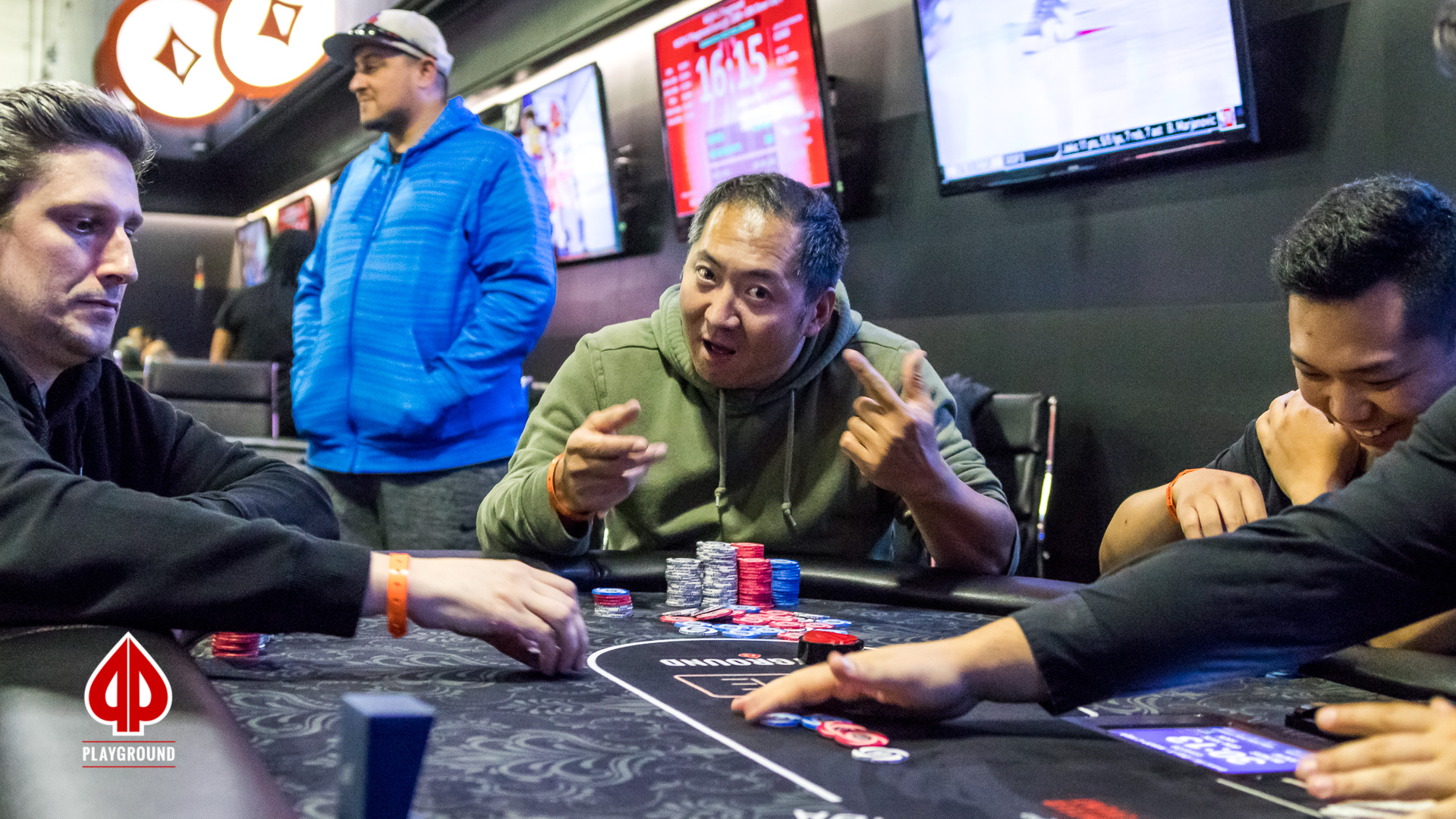 The next to go was Lucas Drolet who open shoved pocket tens and received a call from Tu Kham Tran in the big blind holding AK. Tran spiked a king on the flop and an ace on the river which ended the day for Drolet, finishing in fifth place for $22,000.

After Drolet’s exit, Tu Kham Tran limped his button only to see Xiaoming Su open shove from the small blind. David Guay made the call in the big blind and Tran folded.  Su had picked up a premium with his pocket queens and Guay made the call with an ace in the big blind. Guay had wheel outs on the 245 flop but didn’t get any more help on the turn or river. Guay had a huge rail who all clapped as he exited in fourth place for $27.000.

Here are the chip counts for the final three players:

The tournament was paused and the players had the floor work out the ICM chop numbers, but in the end Tran said “no deal, let’s just play on since we all have locked up good money”.

The floor then asked if the players would like to adjust their seating positions and spread out; Tran again said “no, I like being so close, this way I can smell when they try to bluff me”. 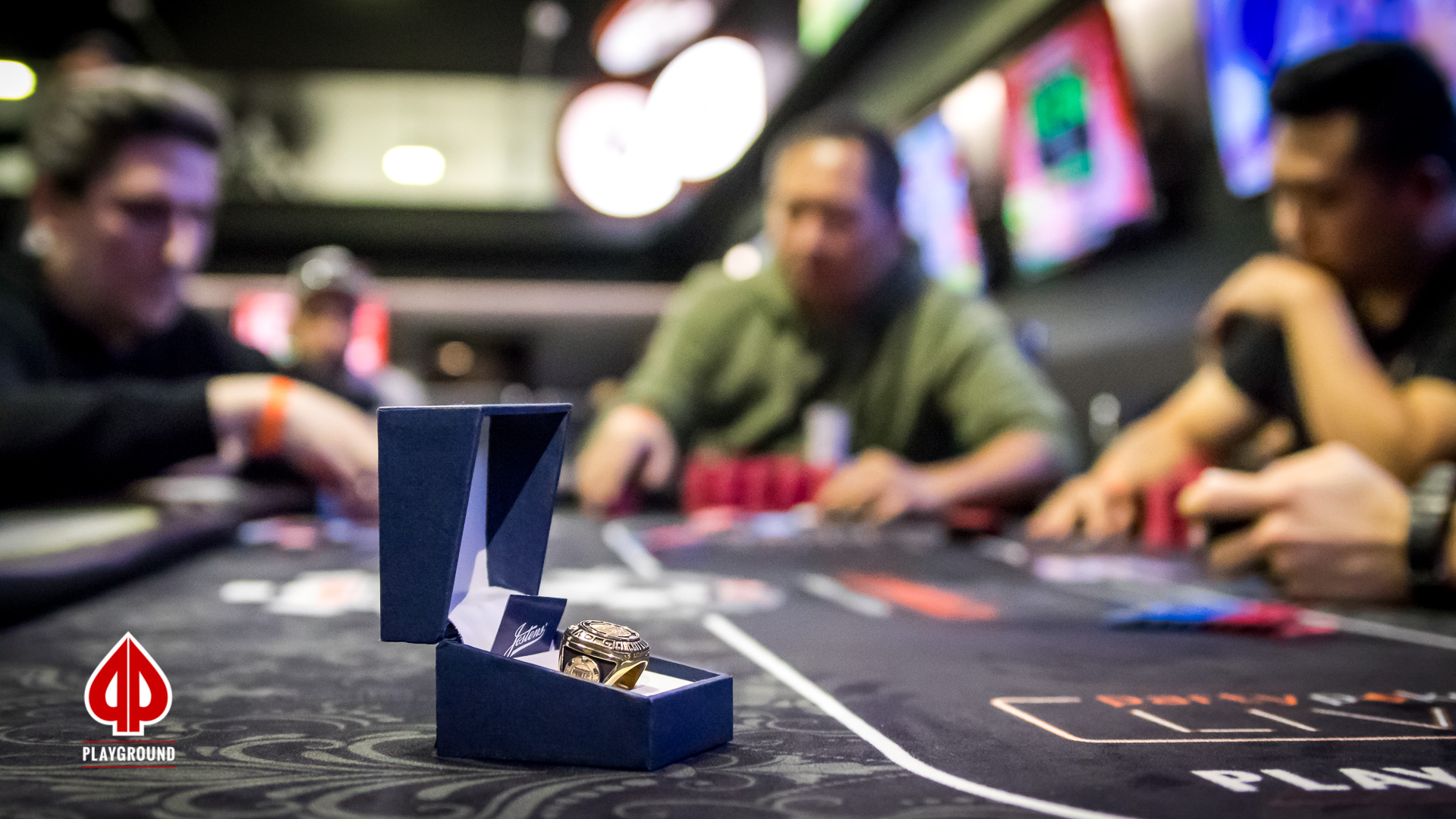 Over the last hour the tournament has lost the following players:

Here are the chip counts of the final six players: 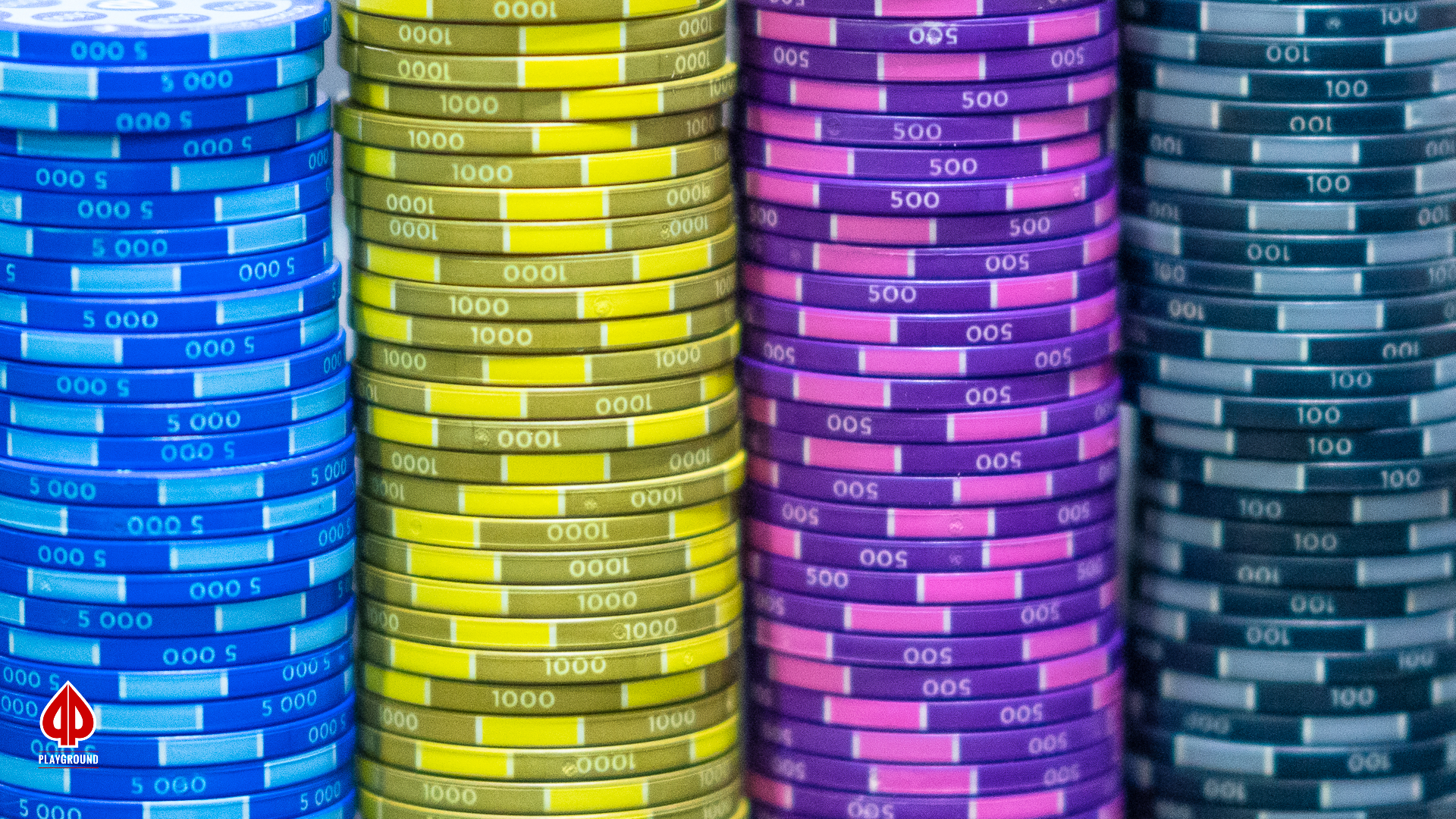 Eric Afriat had a few bad hands and had lost a lot of chips which put pressure onto his stack. He changed tables and was getting involved in a lot of hands until ultimately he went up against Xiaoming Su who continues to be steam rolling the field.

In a classic small blind-big blind confrontation, action had folded to Afriat who open shoved AK in the small blind and with a stack was now under 5 big blinds, he was called by Su in the big blind.

Afriat had the goods with AK and was going against Su’s K8 which seemed to be a good situation for Afriat, however Su has been on a “run good” today and he smashed the K85 flop, with the 7 on the tun and 5 on the river not giving any help to Afriat at all.

Su has had a strong start to his day as he just eliminated another opponent, this time it was Donald “Brooker” Cowie who he sent to the rail.

We missed the action but the players told us that Su opened under the gun and it folded to Cowie in the big blind who decided to defend. The flop came J52 and Cowie check-called a bet by Su. The turn was a jack and again Cowie check-called. When the 7 hit the river, Cowie checked again and this time Su decided to rip it in. Cowie went into the tank before deciding to make the call. Cowie was holding ace-deuce but unfortunately for him, Su had ace-jack and that sent Cowie to the tournament desk to collect his 11th place payout slip for $8,000.

On the other table we noticed that Eric Afriat has lost a good portion of his stack and is in a delicate position at this point. 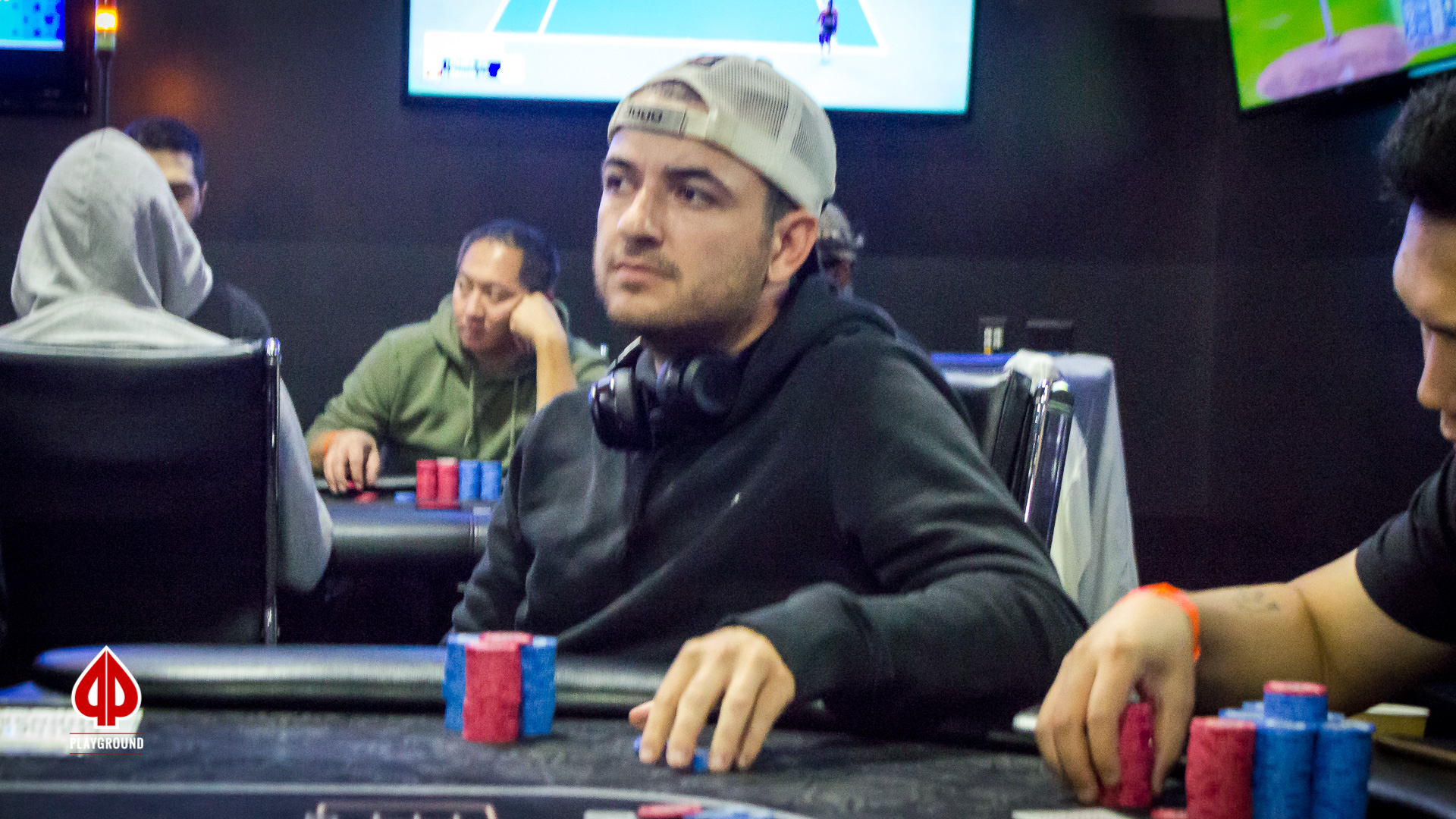 There is nothing more to say than “that is a cooler”. Kris Steinbach started the day with 810,000 chips, effectively 20 big blinds and thought that he woke up to a dream situation when he looked down to see pocket rockets.

David Guay opened and Kris Steinbach seated to his left 3-bet. Xiaoming Su then 4-bet which prompted Guay to fold his hand, and that was followed by a 5-bet jam by Steinbach. Su, who started the day with 1,755,000 chips made the call.

Su was holding pocket tens and Steinback had the aces, but as fate would have it, the board ran out with a running straight for Su which sent Steinbach to the rail in 12th place, collecting $6,500 for his efforts.

The cards are in the air for Day 3 of the $2,000 + $200 high roller. There are 12 players on two tables  playing eight handed until there are only nine players remaining at which point the final table will be formed.

Players are all eyeing the top prize of $75,000 plus the coveted WSOP-C Playground championship ring. The chip leader going into Day 3 is multiple WPT Champion and WSOP final tablist Eric Afriat starting Day 3 with 2,705,000. In second is Playground regular and Day 1 chip leader Tu Kham Tran, starting off with 2,065,000.

Here are the full chip counts:

The players are playing down for the following prize payouts: 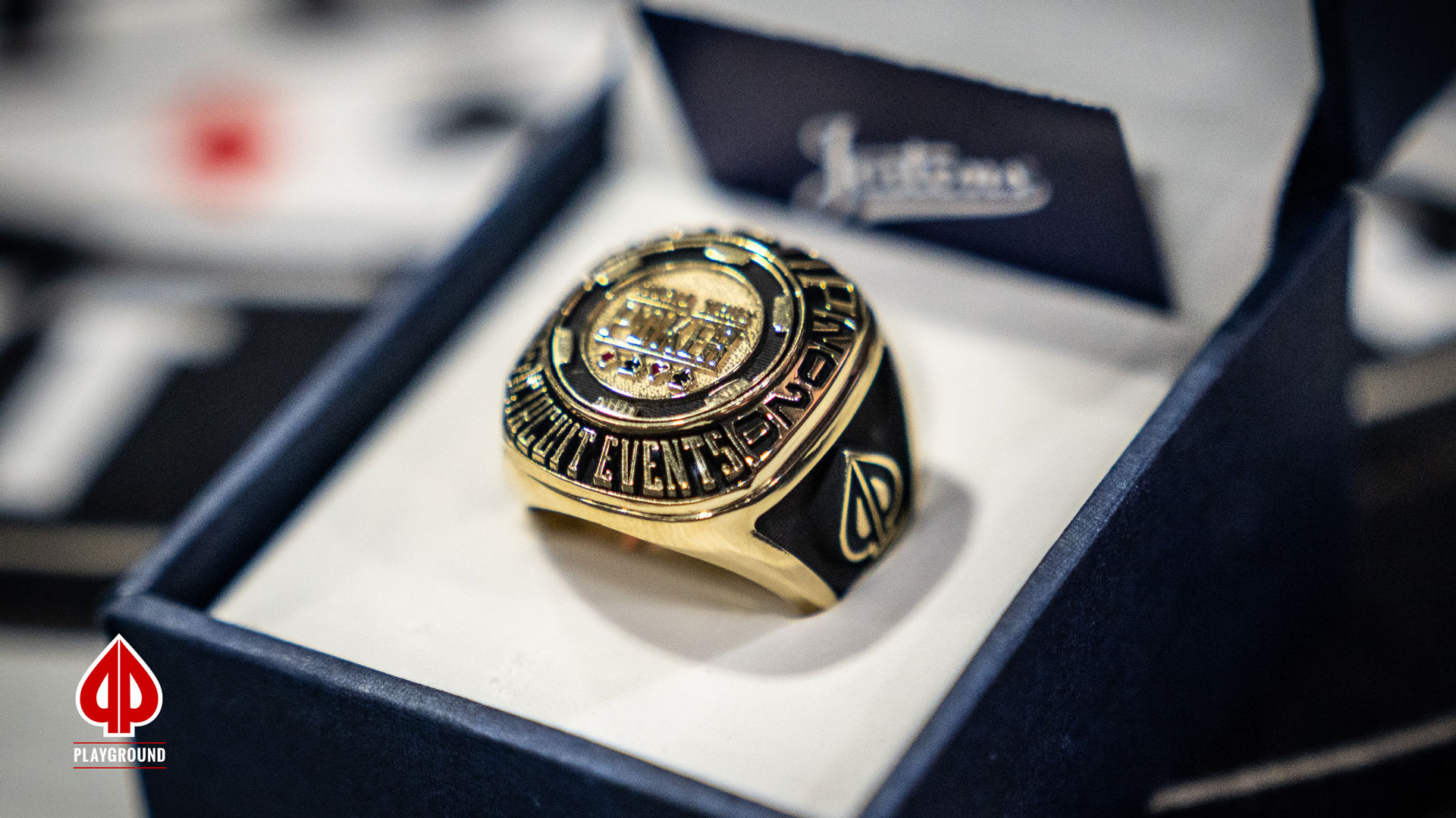 Only 12 players remain in Event #6, the $2,000 + $200 High Roller. This event surpassed its $250,000 prize pool guarantee thanks to the 177 entries collected during the first two days of play. Day 3 play begins at 1:00pm and will continue until there is a winner. The High Roller champion will walk away with $75,000 in prize money and a coveted WSOP-C Playground championship ring.

When the action resumes, the players will be seated according to the following table.

The High Roller has come to an end for Day 2 with 12 players finding a bag for Day 3 that takes place tomorrow at 1:00pm when they will play down to a champion for $75,000 and the WSPOP-C Playground champion ring.

The field was made up of both solid local and out of town players who battled it out through 13 levels of 45 minutes. The top 23 players made it into the money and it took quite some time for the bubble to bust. Donald Cowie had the early lead and then it moved over to Edward Hislop who was in the lead for half of the day, but when it came down to the crunch, it was WPT Champion and local Playground player Eric Afriat who stepped it up and put himself into the driver’s seat. Afriat finished the night bagging the lead with 2,705,000 chips, more than 600,000 ahead of the second place runner and Day 1 chip leader Tu Kham Tran, who bagged 2,065,000.

The cards will be in the air for day 3 at 1:00pm tomorrow, join us here to follow the action as they play down to a champion.

Here are the chip counts of the final 12 players:

The players are now in level 21 which is the last level of play. Eric Afriat is still leading but there are other big stacks in play as well so it is still anyone’s game.

Here are the recent bustouts and corresponding payouts: 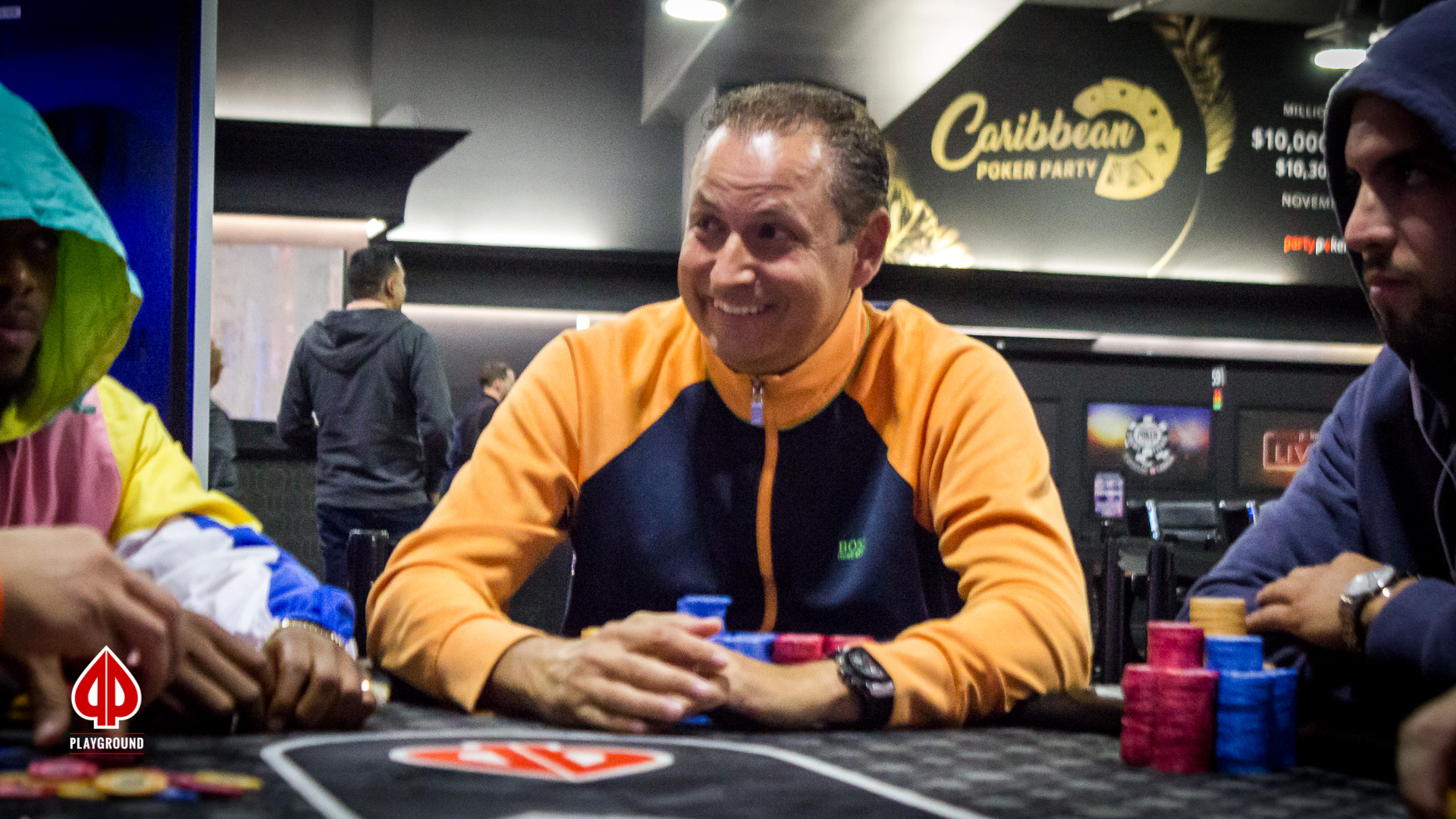