Flight 1B of the June edition of the Playground 200 has just wrapped up, or rather bagged up.

No fewer than 138 entries made their way to the felt.  At the end of level 14, 28 players remained, thus securing a seat for Saturday’s Day 2.

The action was all over the page tonight.  Long periods of grinding were followed by a succession of rapid-fire executions, before dwindling down to a grind fest again.

Harley Stoffmaker got off to an early lead before handing over the pole position to Sébastien “Seabass” Poitras who had managed to build his stack up to three times the average mid-point into the flight.  But Seabass had a menacing foe right behind him: Alex Bédard-Poudrier.  Only 12,000 chips separated the two players at this point.  As soon as the action resumed after 8 levels, Alex gave pretty much every player at his table a good run for their money, winning virtually every all-in he got involved in.  This positive streak catapulted him into the first slot of the leaderboard by the time the 12th level started.

As we were witnessing the last few minutes of play before the bags came out, one hand caught our attention on table #34.  Three players were all-in: Seabass, Steve Pouliot and Colin Sheckman.  The three players had tabled their hands.

As soon as the board was revealed, Colin and Seabass knew they were in trouble because Pouliot had gotten an ideal flop and it just got better and better for him…

Holding the nuts and in one swift strike, Pouliot sent Colin to the rail in 29th place, did some pretty bad damage to Seabass’s stack, and scooped up enough chips to secure him the chip leader position for this evening, with 313,500 chips.  He’s right behind Michel Gariepy who bagged a whopping 339,000 chips this afternoon in flight Day 1A.  David Lanthier, who bagged 302,000 chips, is the only other player to have passed the 300K mark tonight.

So now the 28 sealed bags are on their way to the Playground vault to join the other 34 bags already in there. 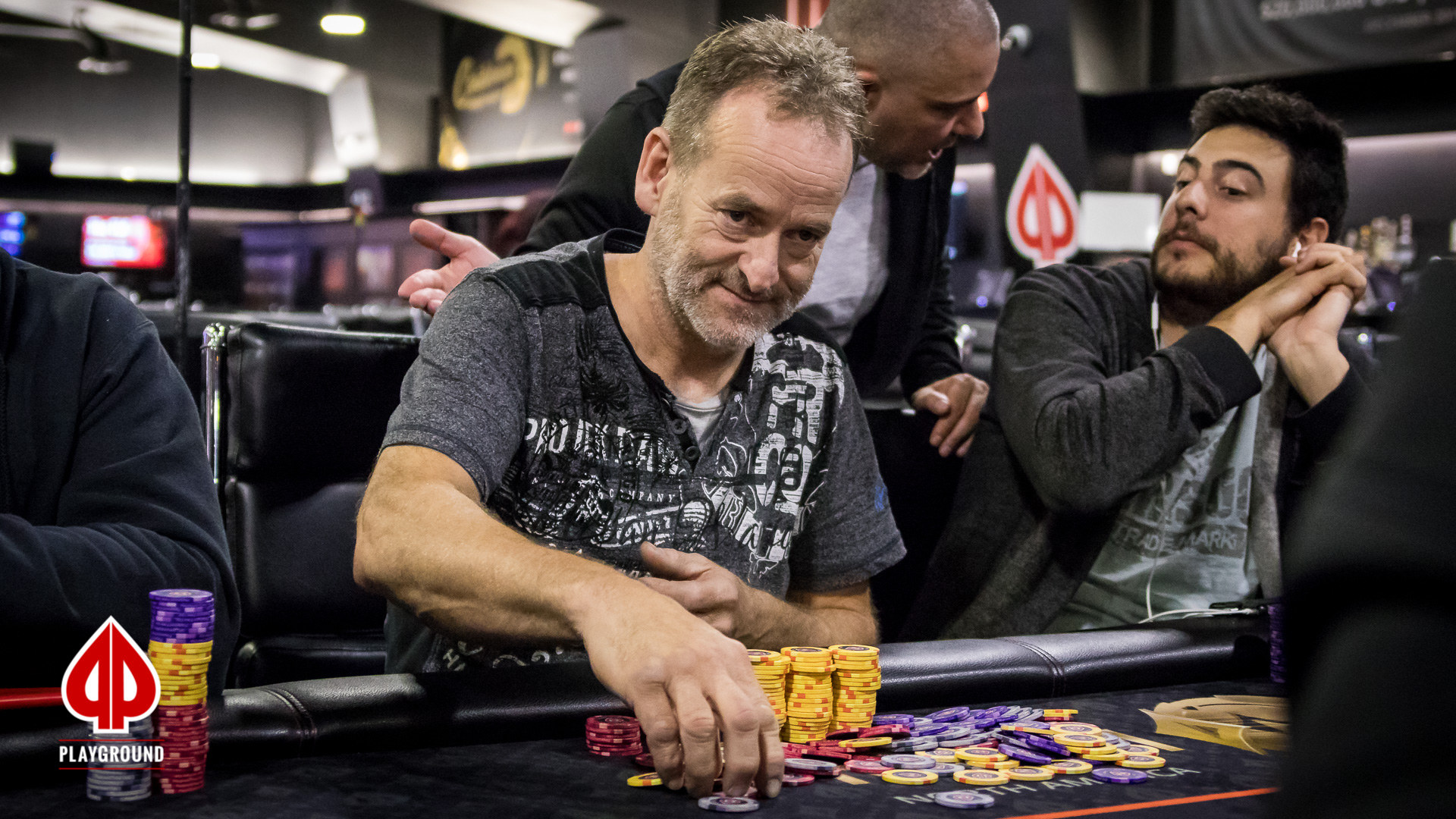 During the break between levels 11 and 12, we hit the felts in order to update the leaderboard.  In the last hand before the break, previous chipleader Seabass lost a chunk of his stack to Alex Bédard-Poudrier, giving him enough chips for him to snag the top spot on the list.

Play has just resumed and the players settle-in for the last three levels of the evening. 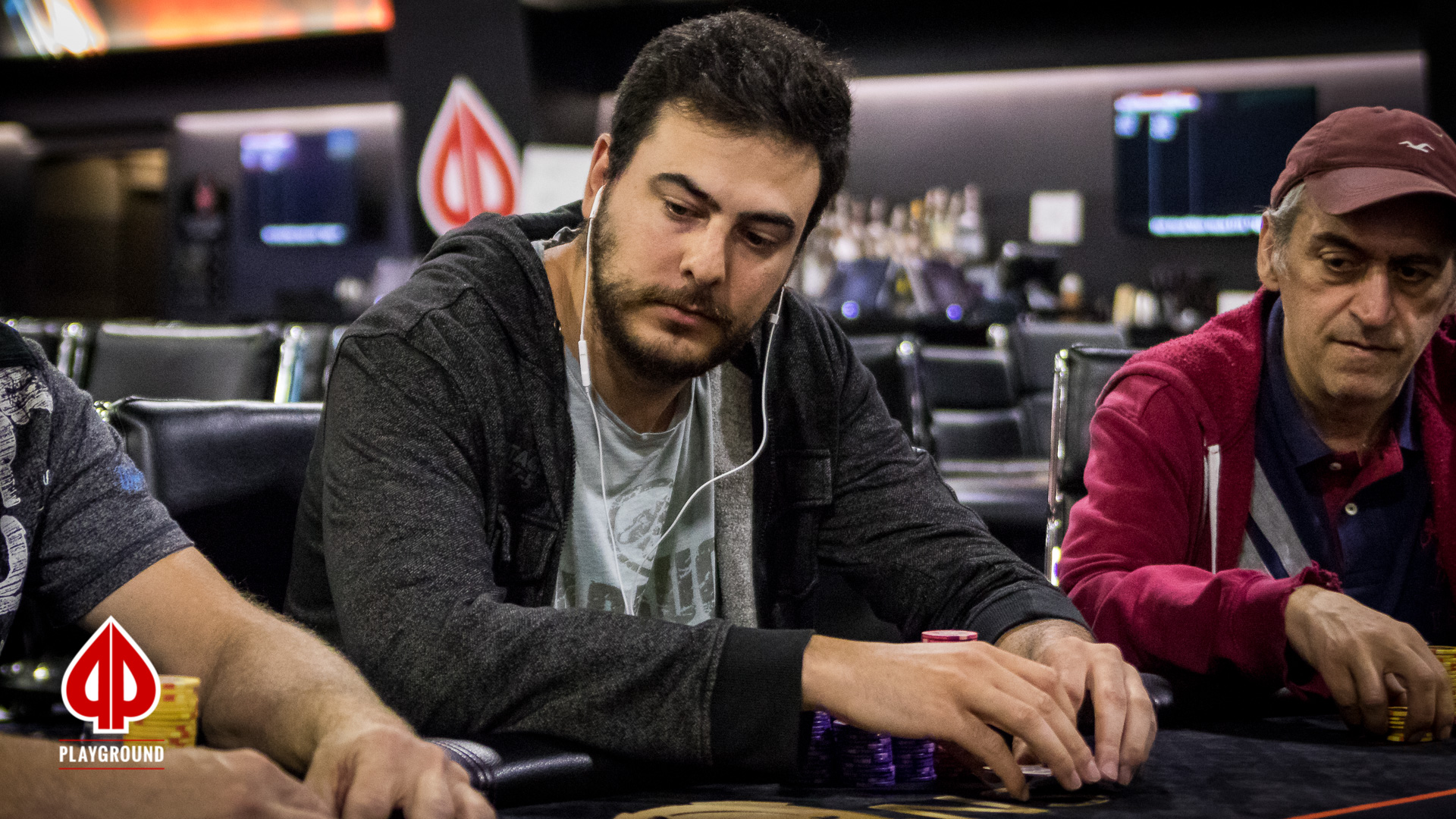 The tides are turning and there’s a new sheriff in town. Sebastien “Seabass” Drolet-Poitras has taken the lead and is showing no signs of slowing down.

A very familiar face at Playground, Seabass is definitely no stranger to grinding, and winning. Almost exactly one year ago, Seabass got his biggest tournament prize when he won the 2018 Playground July Power Weekend PG200 event, earning him $22,737 and bragging rights for a year. Now he is back at it and he’s sitting on the largest stack yet in tonight’s flight. With the average at exactly 50K, his 153,300 stack is getting eyed by more than a few players. There are presently 6 more players who have also managed to gather more than 100K in chips. It ain’t over ’till the bags come out after level 14. Anything can happen, as always.

In total, tonight’s flight registered 138 entries, including 22 re-entries. There are now 68 players left and the action is picking up, as they try to scoop as many chips as possible. 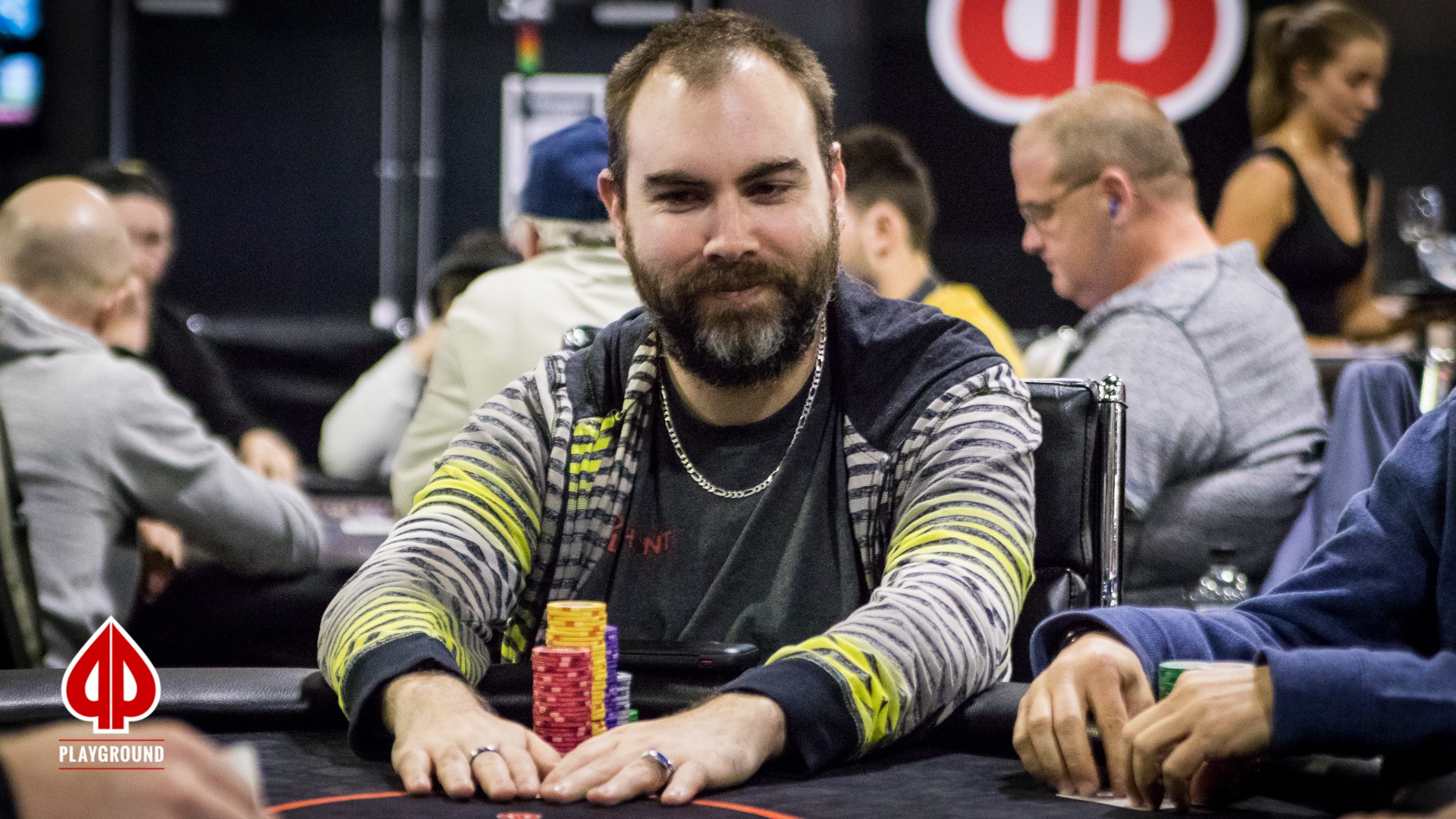 With a few minutes of play left before the end of the late registrations, there seems to be a slight increase in action on the felts.  After 4½ levels of play, 37 players have been eliminated out of the 138 entries.  Of those entries, 22 players elected to fire a second bullet and make a grab for chips before the end of the evening.

Here are a few more photos of the players.

Play is just resuming and the players are getting back from their break.  After making a quick survey and looking for stacks above 60K, we found four contenders for the chip lead.

Out in front and neck to neck are Harley Stoffmaker and Ayo Smith with 78,600 and 78,450 chips respectively.  Close on their heels is Adam Legg with 73,250 chips, followed by Alon Messica with 60,350 chips in his stack.  With the average stack hovering just below 30K, these four gentlemen are definitely off to a great start.

Stoffmaker just had a great run in the recent 50th WSOP series in Las Vegas, where he finished 16th in the $1,000 NLHE Double Stack Event.  He also placed in the money in the $1,500 NLHE Millionaire Maker event.

It will be interesting to see how the action picks up as the end of the late registrations approaches. 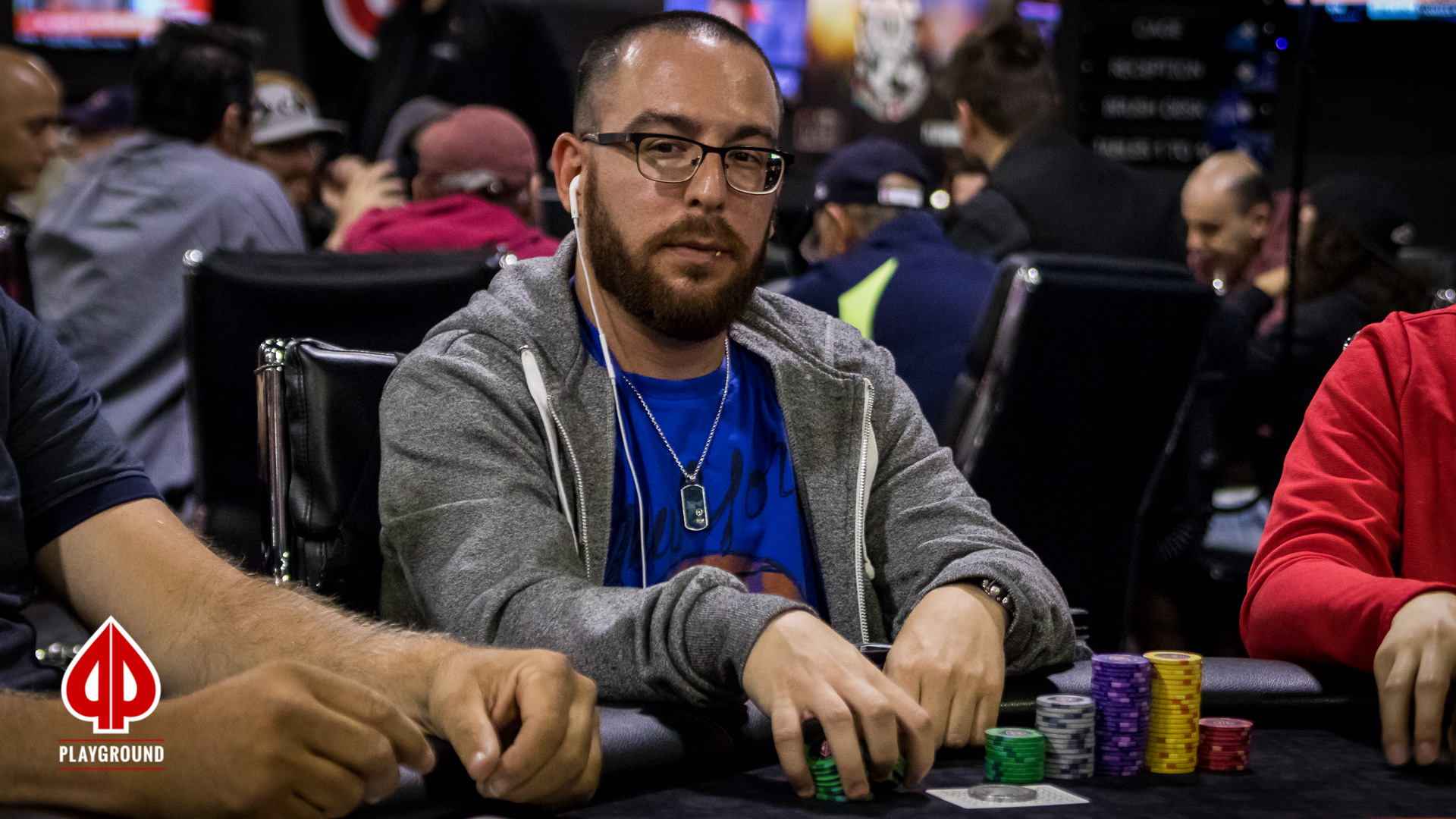 There are presently 85 players in the action of the 93 entries (including 3 re-entries) so far, and it’s unusually quiet in the tournament hall.  The players are obviously taking care of business, but in a controlled and patient manner in general.  There are still a few “all-in’s” here in there but expect the action to go into full throttle after the late registration period closes, around 10:15pm.

There will be a short break after level four and this will allow us to surf the field and see where the chips are hiding.

Here are a few photos of the players in action, from levels 2 and 3.

Late registration, and unlimited re-entries, are available until the beginning of the seventh level of play at 10:15pm. Each Day 1 will play through 14 30-minute levels before the levels increase to 40 minutes in length on Days 2 and 3. Players may enter multiple Day 1s even if they survived a previous starting flight with chips; players who qualify more than once for Day 2 will resume play on Day 2 with their largest qualifying stack.

There was an online flight last Sunday which produced 13 qualifiers out of the 38 players who registered.  This afternoon’s Day 1A flight received 103 entries and 21 players were left standing at the end of the 14th level.

The cards are now in the air and the action is on between the 60 players already seated. 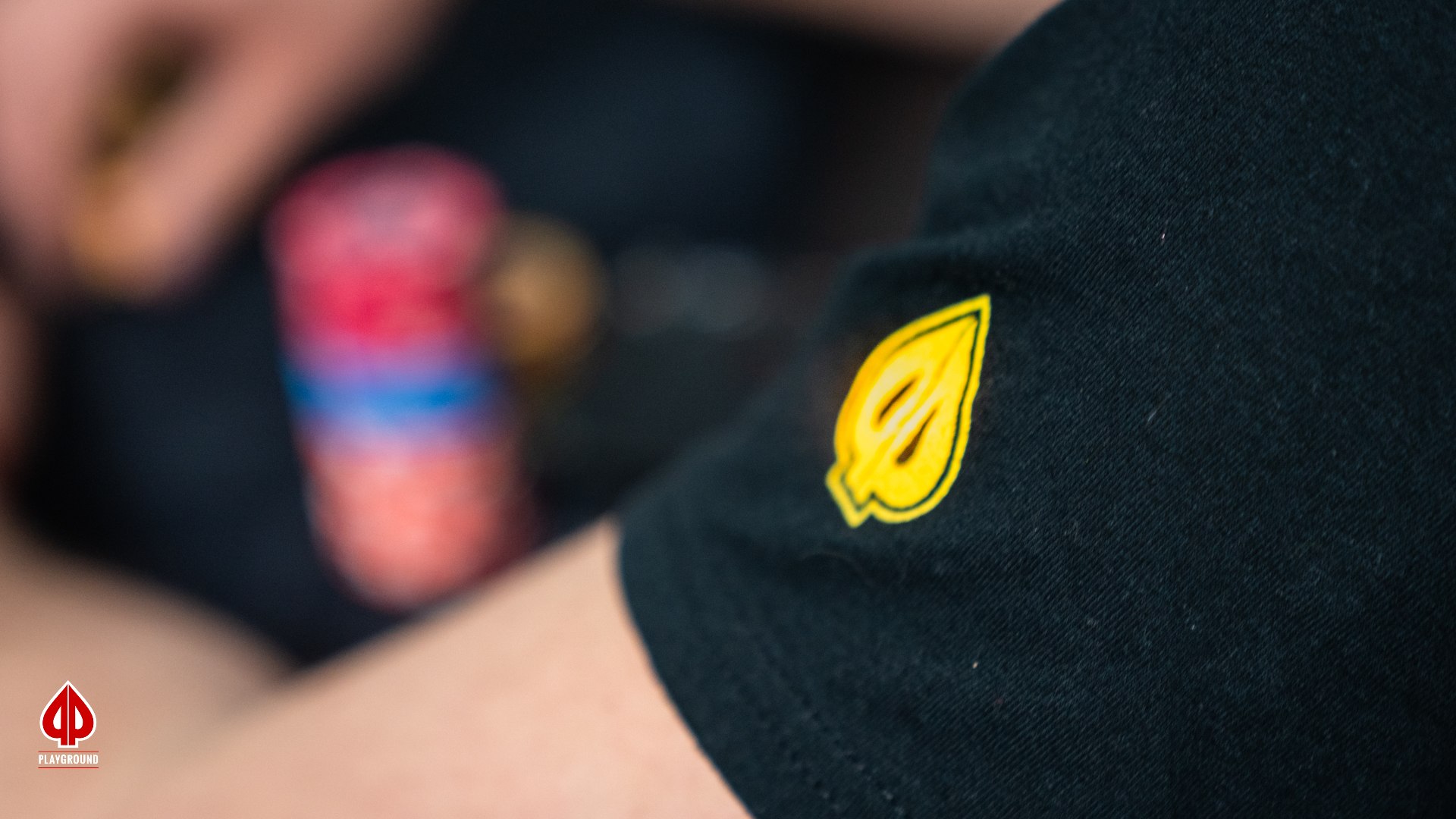