The action started at 8:00pm and by the time late registration came to a close, there were a total of 41 players who joined the field to battle it out on the felt, all trying to knock each other out in order to grab some chips along with a $50 bounty for eliminating a player.

Peng Peng and Michael Carrington were both on top of the leader board all night long, but hadn’t played against each other until the final table was formed. There were quite a few large stacks on the final table and Playground was represented by a few of their own dealers; Mike “Lagi”, Andrew “AJ” Johnson, and Madison “MadOne” Palaysi, all of whom played a really solid game. Ali Keshavarz, another familiar face at Playground events with a solid record of many deep runs also joined the crew.

Peng’s luck turned on him when he made the final table and he was out before the players reached the money. AJ also left before the money, but Mike Lagi was able to make it down to the final five when a deal was struck.

Madison played a great game and at one point it looked like he might end up being the champion, but he ended up falling in third place.

Once heads up play began between Carrington and Keshavarz, they had almost identical chip stacks and they decided to make another deal so that the tournament could end at a reasonable hour, as, both players want to return in a few hours to jump into the marquee event of the Power Weekend, the PG200.

Play only lasted a few hands between the two players, and once both players put all their chips into the middle, Carringtron was able to hit his King on the river to beat Keshavarz’s pair of nine’s. And just like that, Event #2 crowned a champion, Michael Carrington, from Ottawa, Ontario. 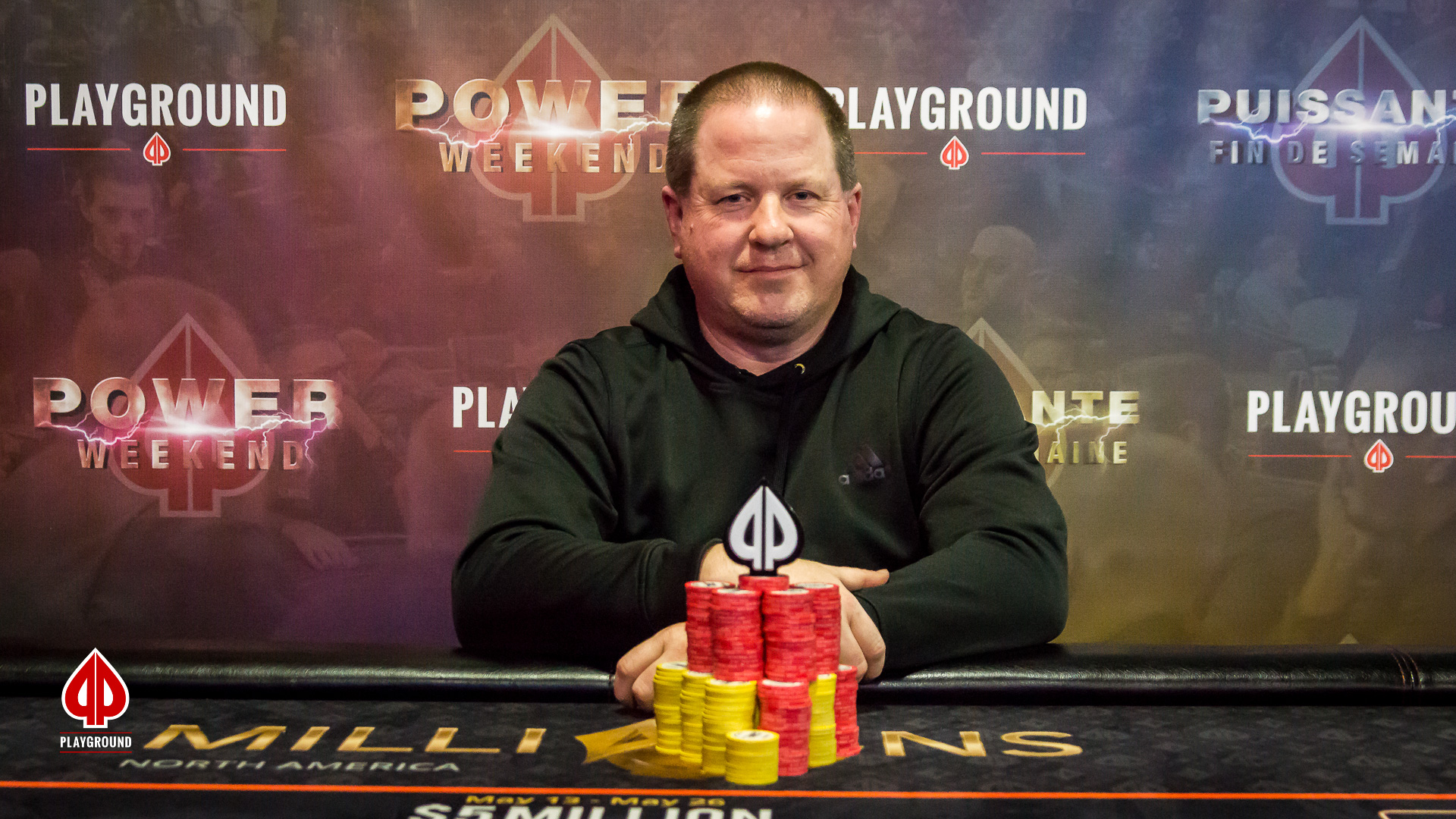 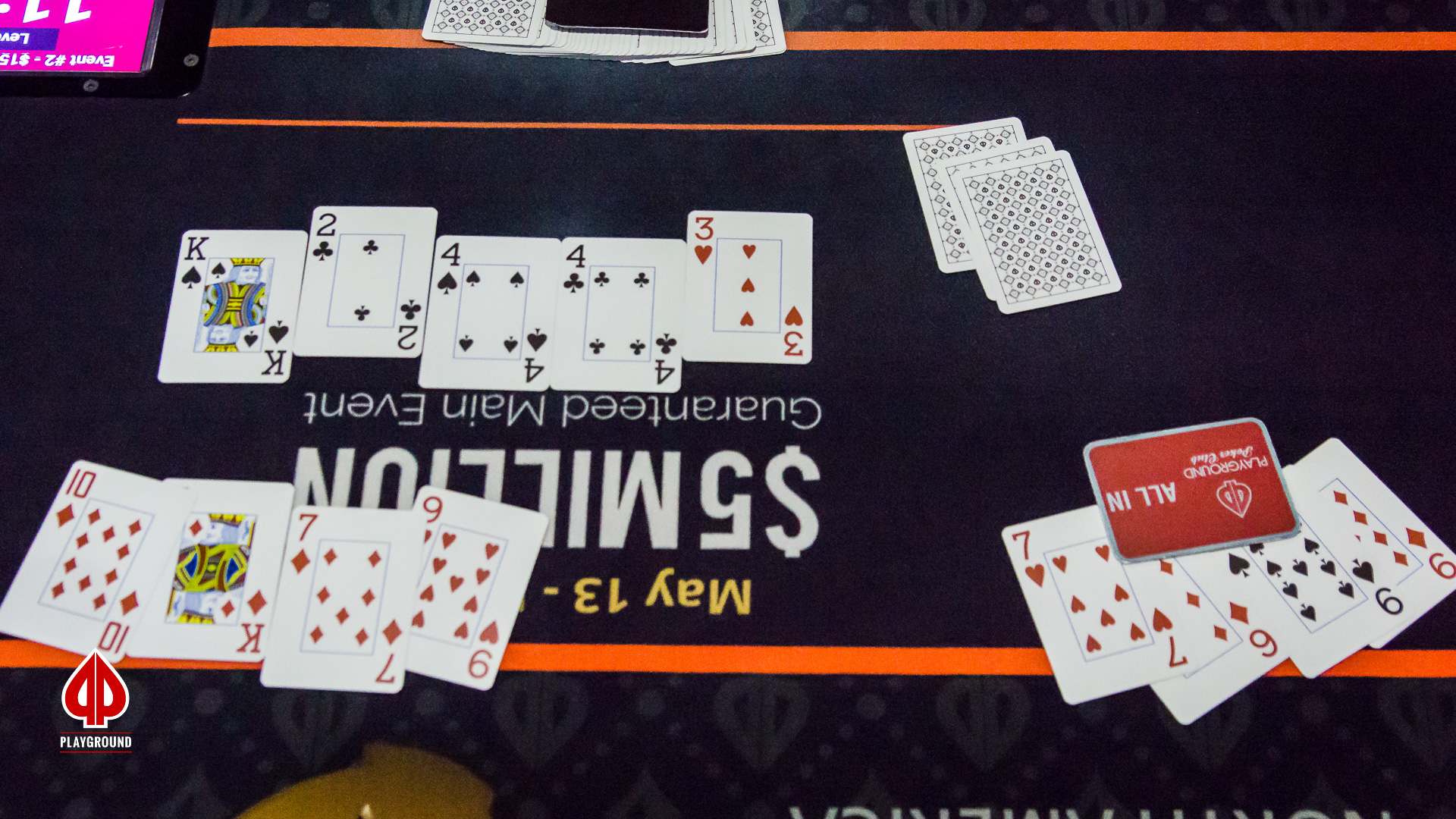 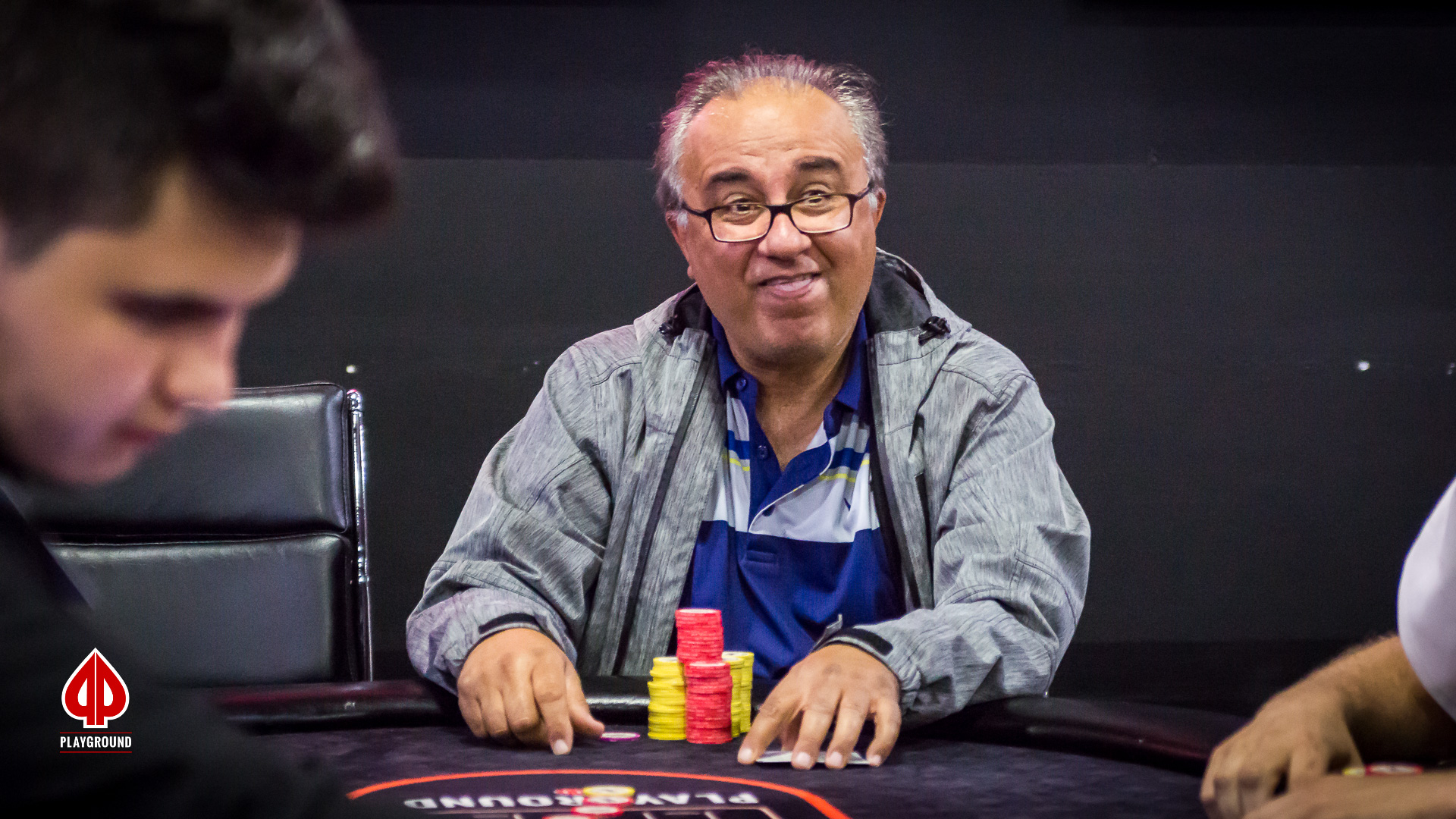 Michael Carrington and Ali Keshavarz are now heads up playing down to a winner. As both players have almost equal stacks, they have decided to pay $1,240 for the runner up in second place and $1,364 for the first place champion. 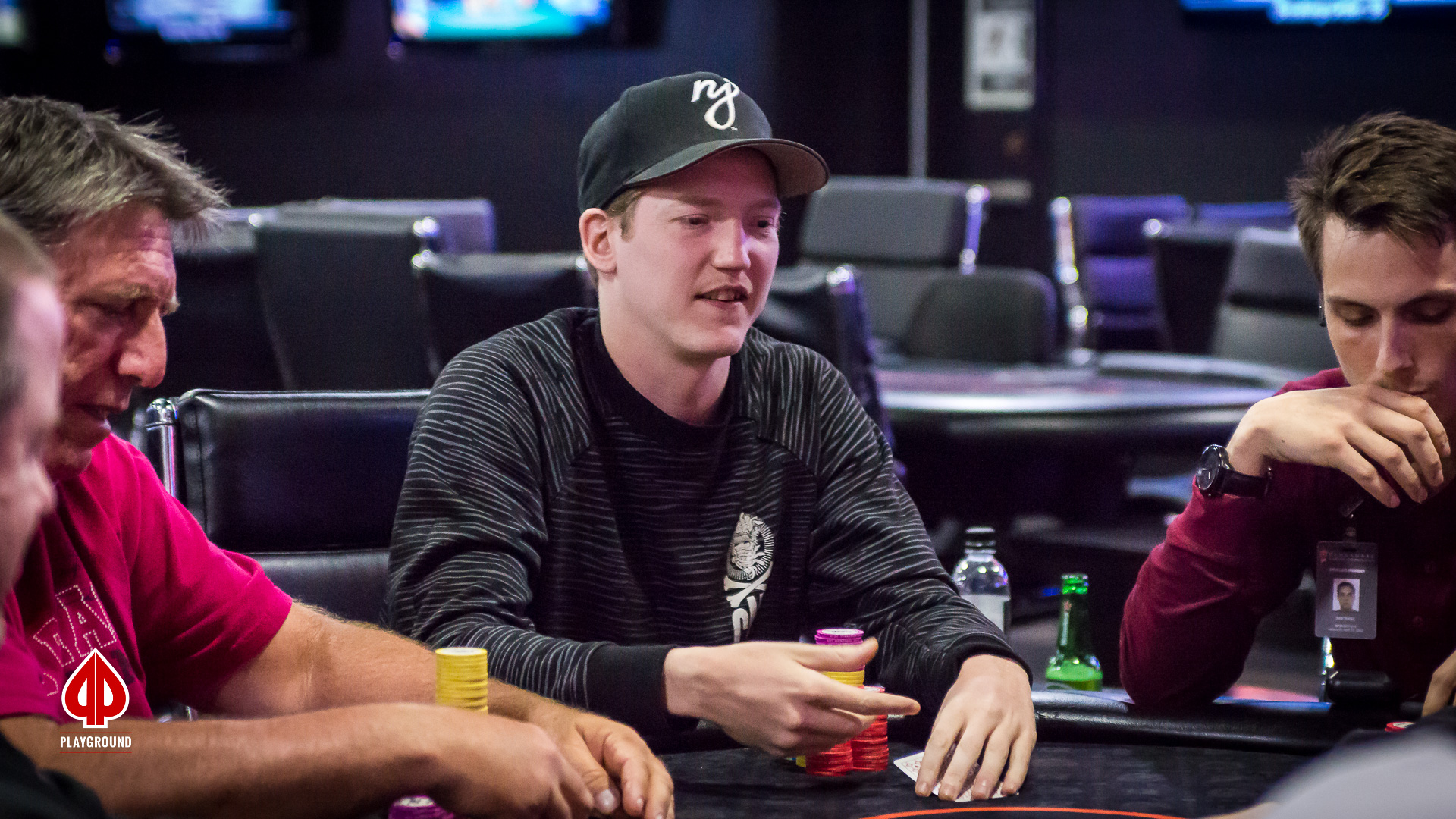 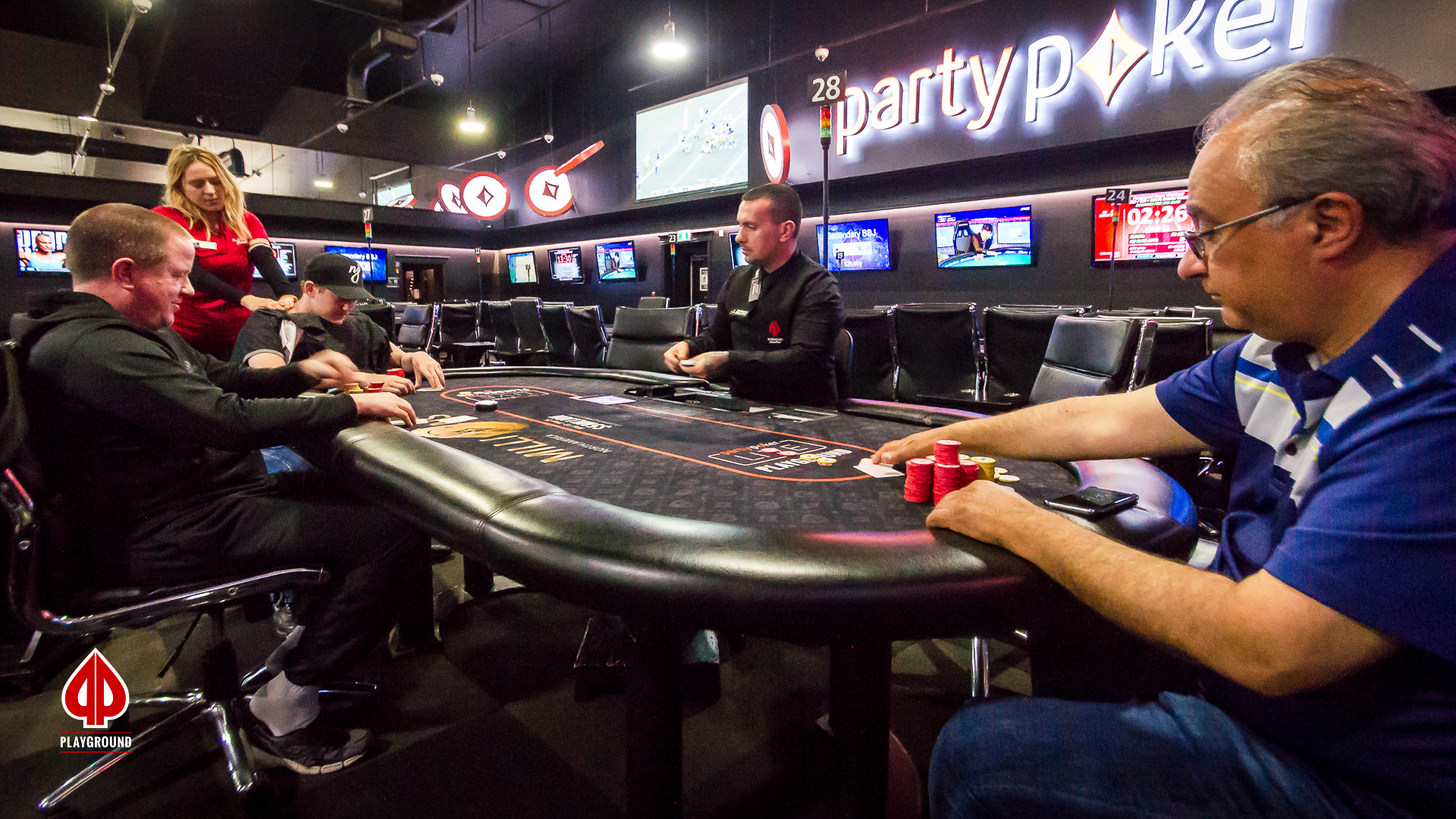 The players have decided to make a deal: each player has locked up $1,000, and every player will also keep their own $50 bounty chip, and play will continue down to a winner who will receive an additional $604 (total $1,604).

Here are the chip counts of the final five players: 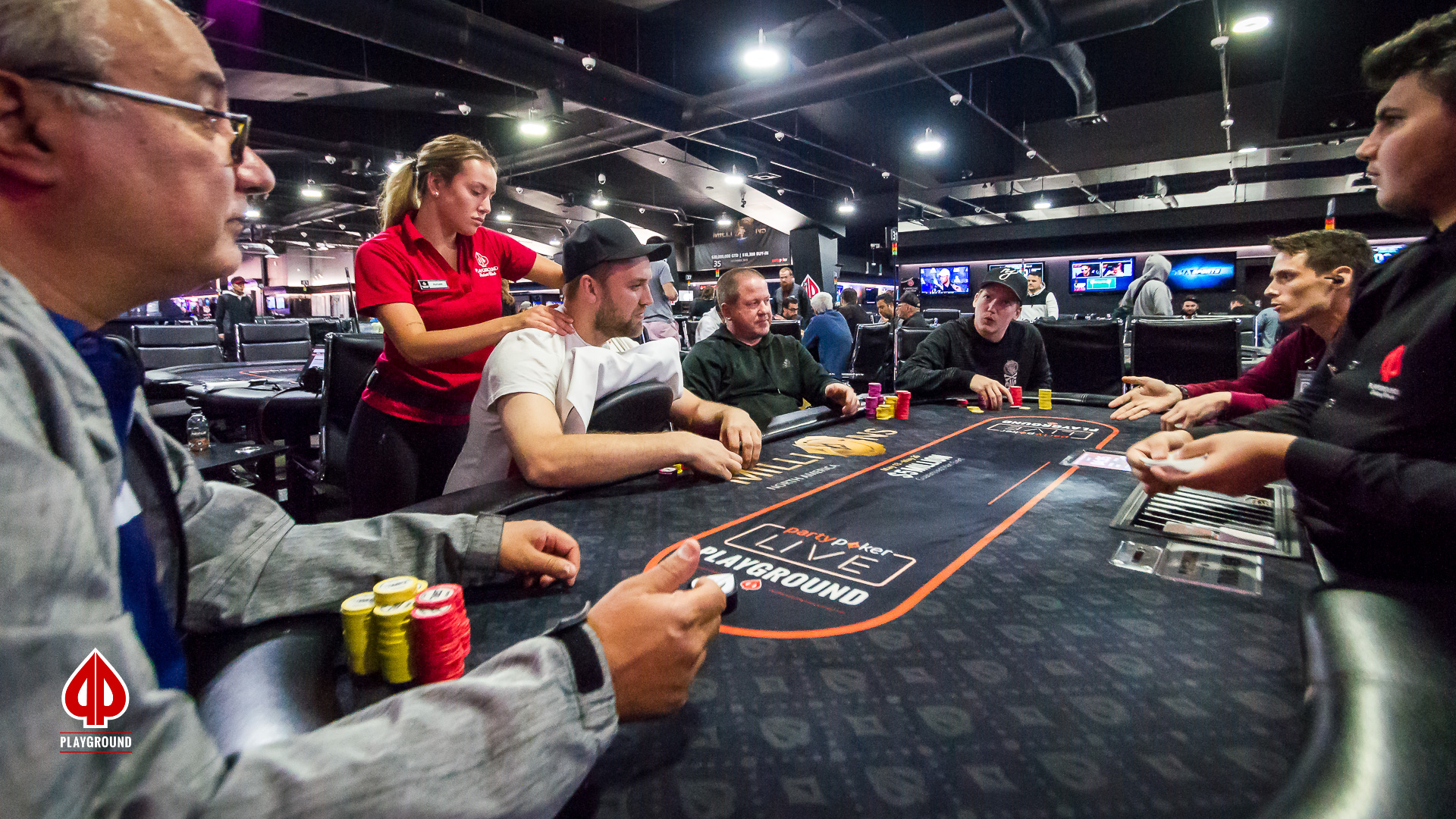 Michael Carrington and Martin D. were heads up all the way to the river. On the river, Carrington put in a bet of 70,000. Martin went into the tank, counting and re-counting his stack many times, until finally he made the call.

Carrington opened his hand to show that he flopped the nut flush, and Martin threw his cards into the muck while shaking his head in disgust.

On the next hand Ali Keshavarz opened with a min-raise and Martin shoved his remaining chips. Keshavarz made the call. His timing was spot on as although all he was holding was KQ-high, double suited, he flopped a king and went runner runner boat to knock out Martin in sixth place for $300.

Peng Peng was in the lead for much of the tournament, however, as fate would have it, he has left the tournament room with only his bounty chips. He had put all of his chips into the middle pre-flop, and Martin D. made the call.

and Martin eliminated Peng to bring the tournament to the bubble.

A few hands later there were a few limps pre-flop and the dealer proceeded to fan out the flop:

Madison led out for 15,000 and Yves Perras shoved his short stack, and Madi made the call.

and the river was the

, giving Madi 2 pair for the win, and putting the remaining players into the money. 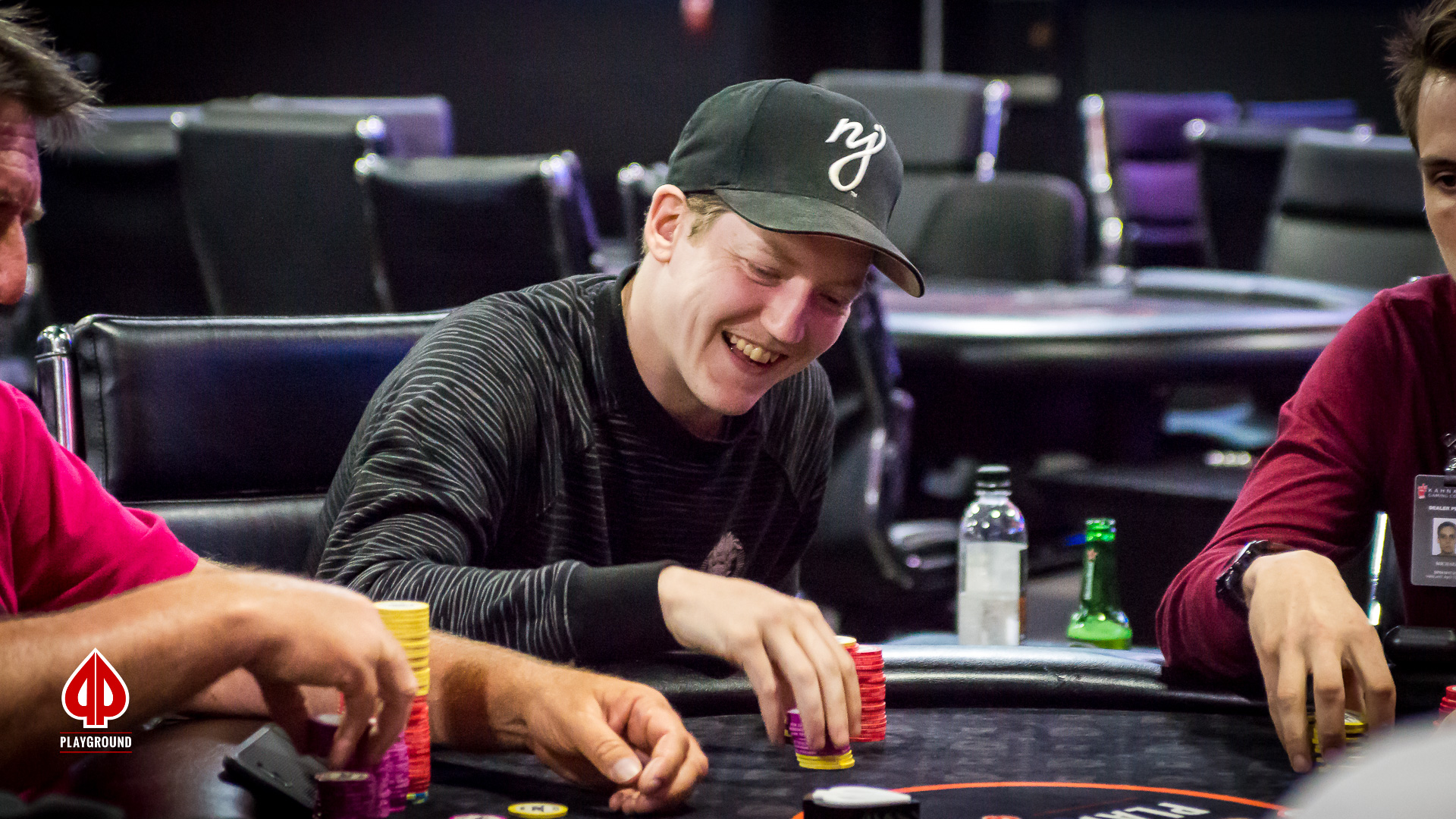 Here are the chip counts of the remaining 8 players:

, and Martin put in a large bet only to have Madison throw in his bounty chip. Martin made the call.

Martin: 6JT7 for a flopped straight (we missed the suits as the cards were initially mucked and only opened by the dealer for a few seconds)

; he had flopped a straight and had re-draws to a flush, then made two pair on the turn and boated up on the river. 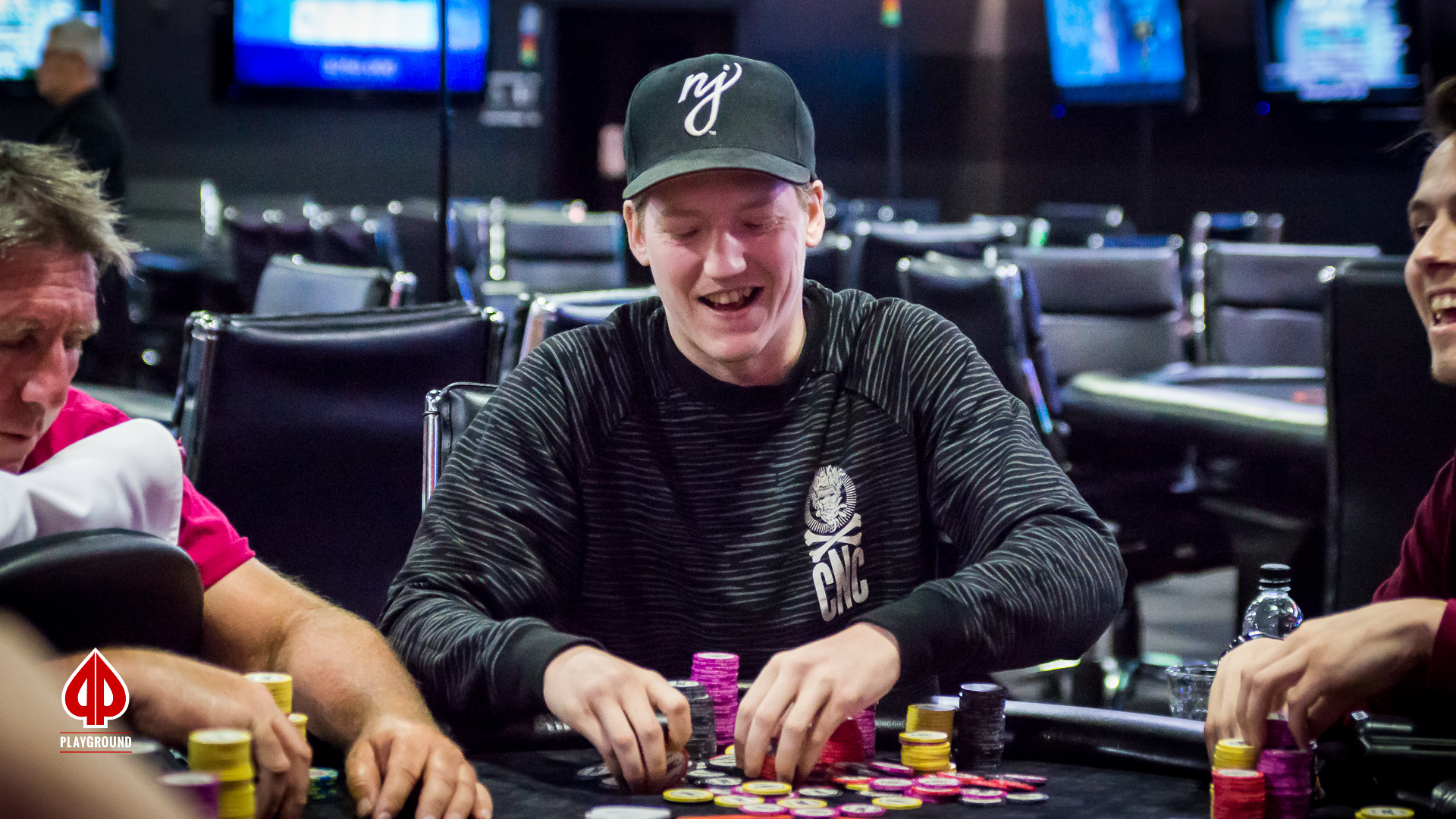 For the last few levels the play has been slow and steady, losing a player every 15-20 minutes or so. On table 28, Peng opened the action with just a little more than a min-raise to 3,600, and had calls by Ali A, Martin D. and Andrew “AJ” Johnson.

for a flopped straight with a re-draw to a straight flush.
Martin:

turn was no help to either player but the

on the river paired the board to give Martin a boat allowing him to pick up another bounty chip by knocking out Ali.

As the tournament is now down to only nine players, the final table has been formed, and the top six players will be in the money.

Here are the players on the final table (players with an * have the larger stacks): 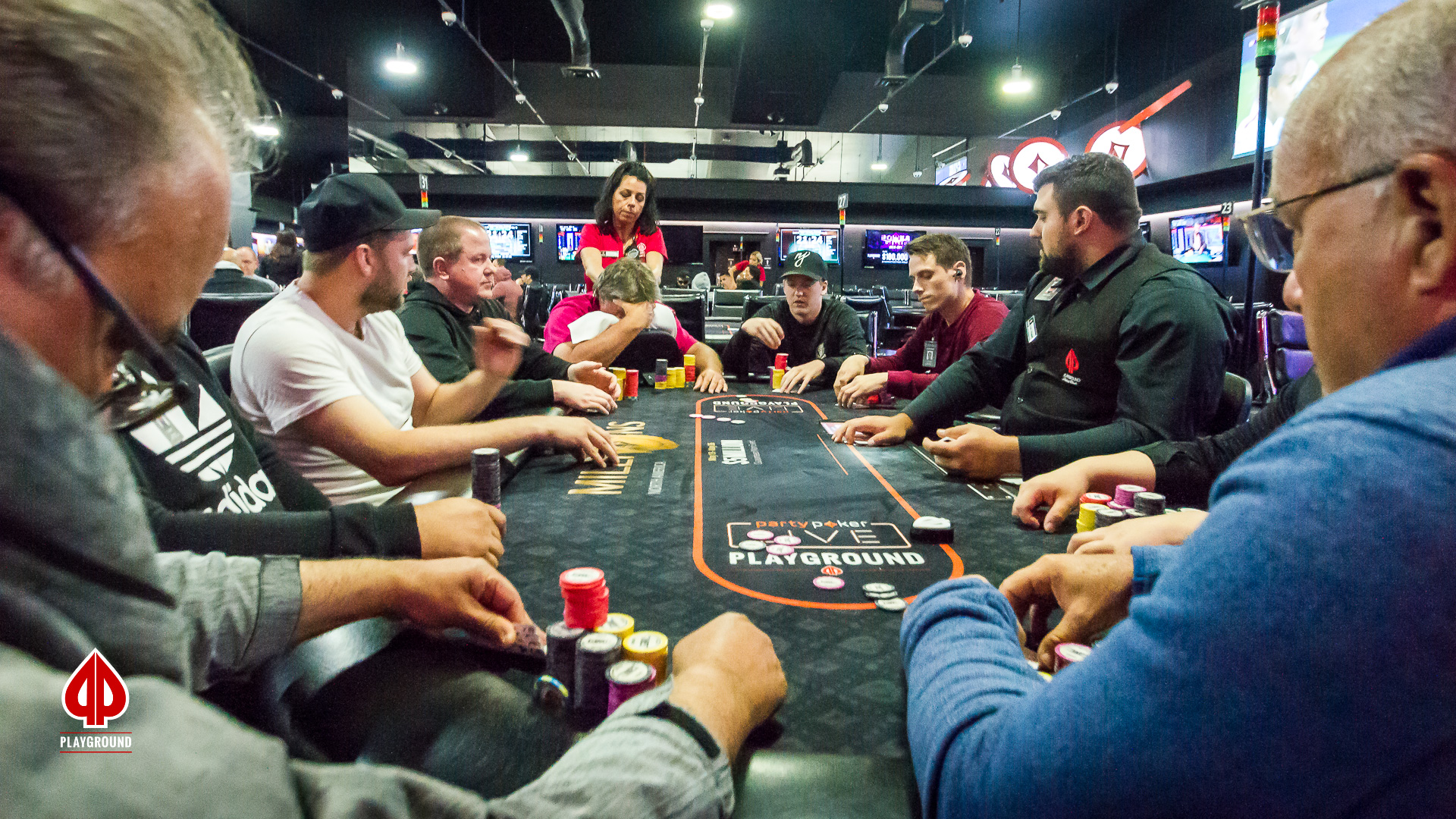 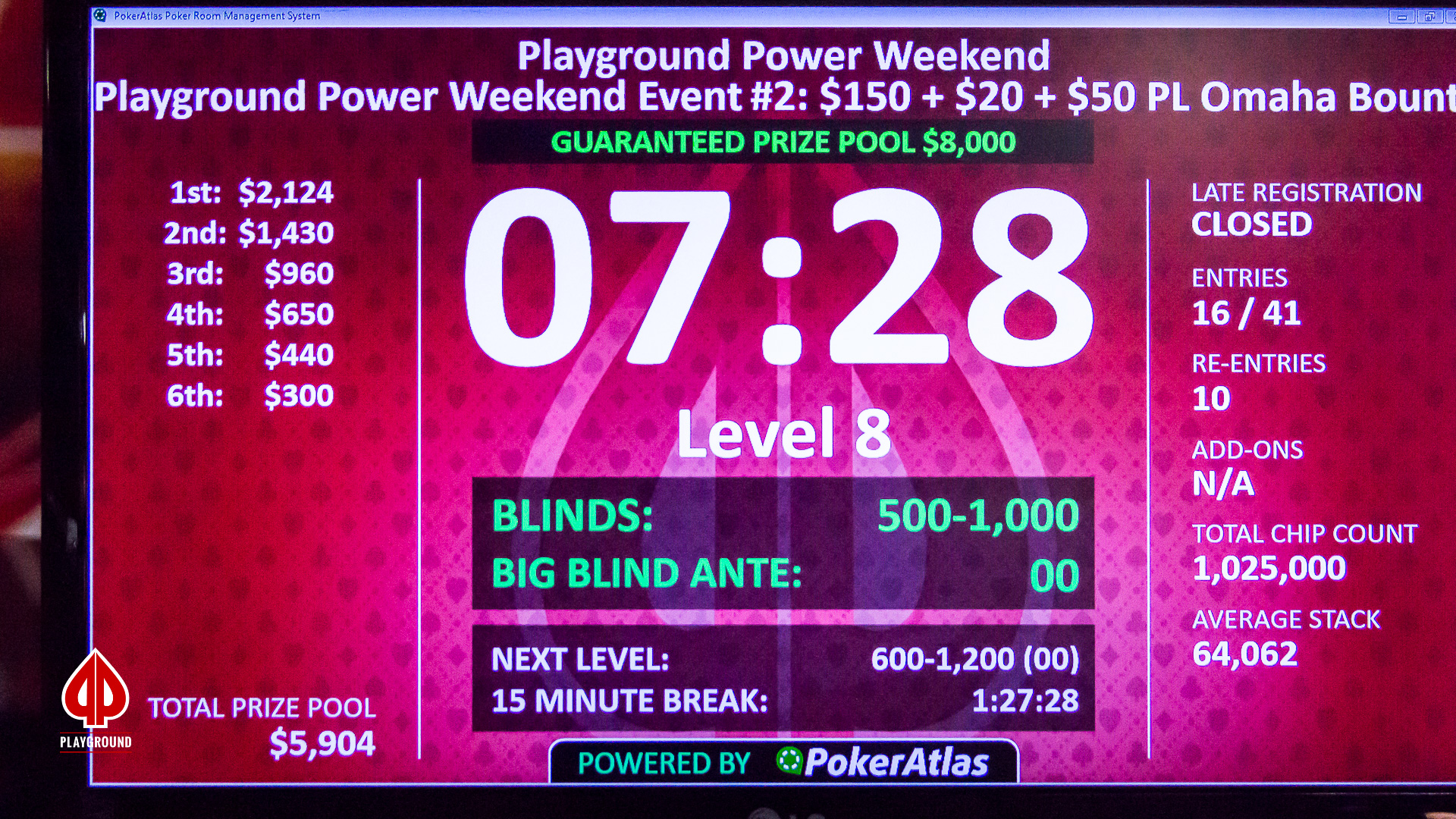 The players have just returned from the first break of the evening which also means that late registration is now closed. A total of 41 players have entered (including 10 re-entries), bringing the total prize pool one player north of the $8,000 guarantee (the prize pool includes the regular payouts plus the 41 x $50 bounty chips in play). The prize pool will be announced shortly.

Counting the stacks during the break, there were three players who managed to accumulate over 100,000; Peng Peng is in the lead with 150,700, and has a sweet stack of eight bounties so far!

Here are our leaders in level 7: 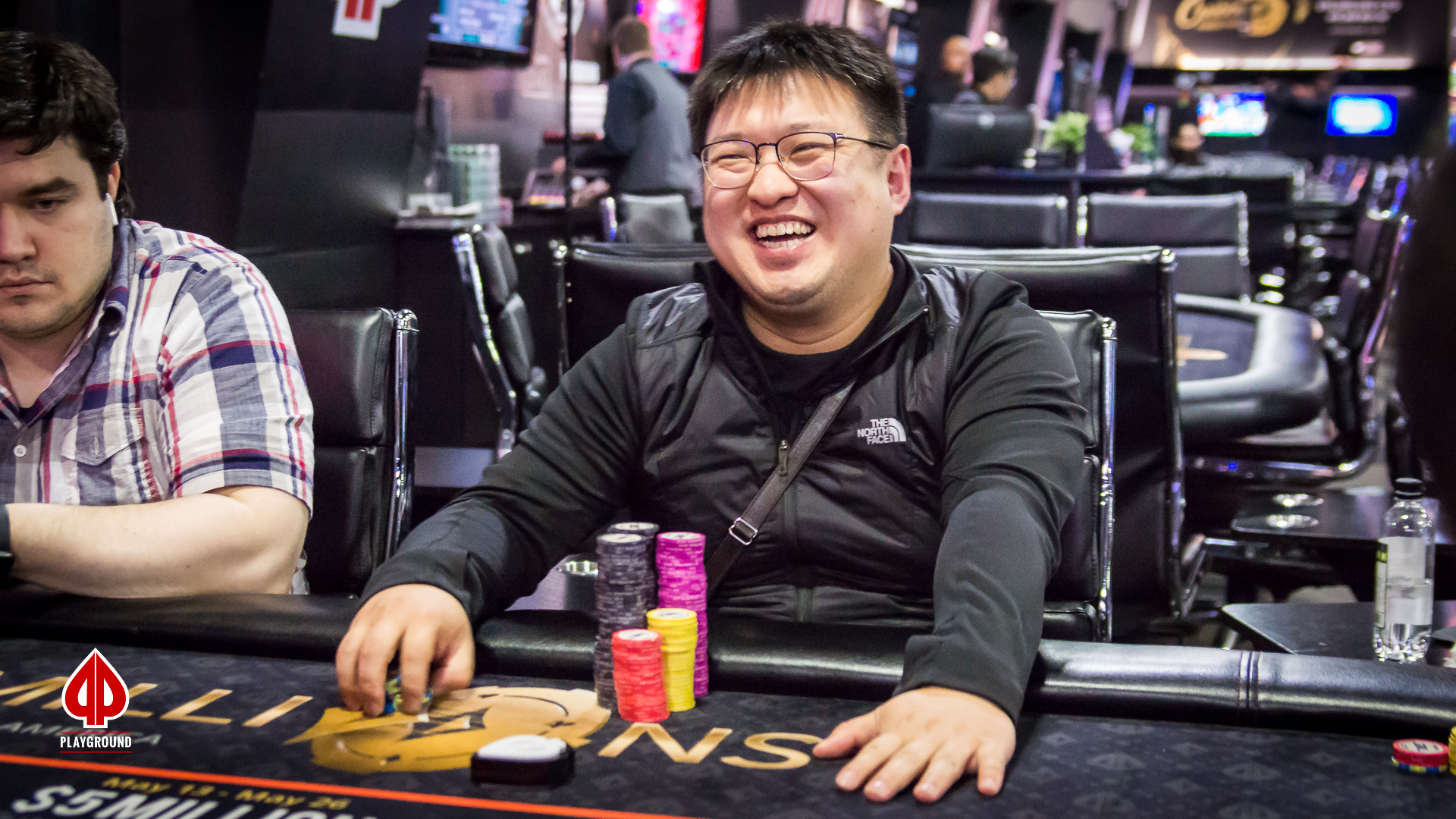 With the Button on seat 1, action opened with three limps until it reached Michael Carrington in seat 6 who announced “pot” (9,100 chips). He found a call in seat 7 by Shen Bin and in seat 8 by Dan Vigderhous, and then an “all in under” by Steven Clement in seat 1. Ali Alaoui also made the call and came along to see the flop. Arthur W. folded and provided colour commentary as the hand played out.

and Ali checked, followed by a bet of 30,000 by Carrington. Bin and Vigderhous folded and Ali made the call with his remaining chips.

Carrington was in the lead but Ali had a ton of outs.

The turn brought the

didn’t change anything, and just like that, Carrington picked up 2 bounties and all kinds of chips to dominate the table at the moment. 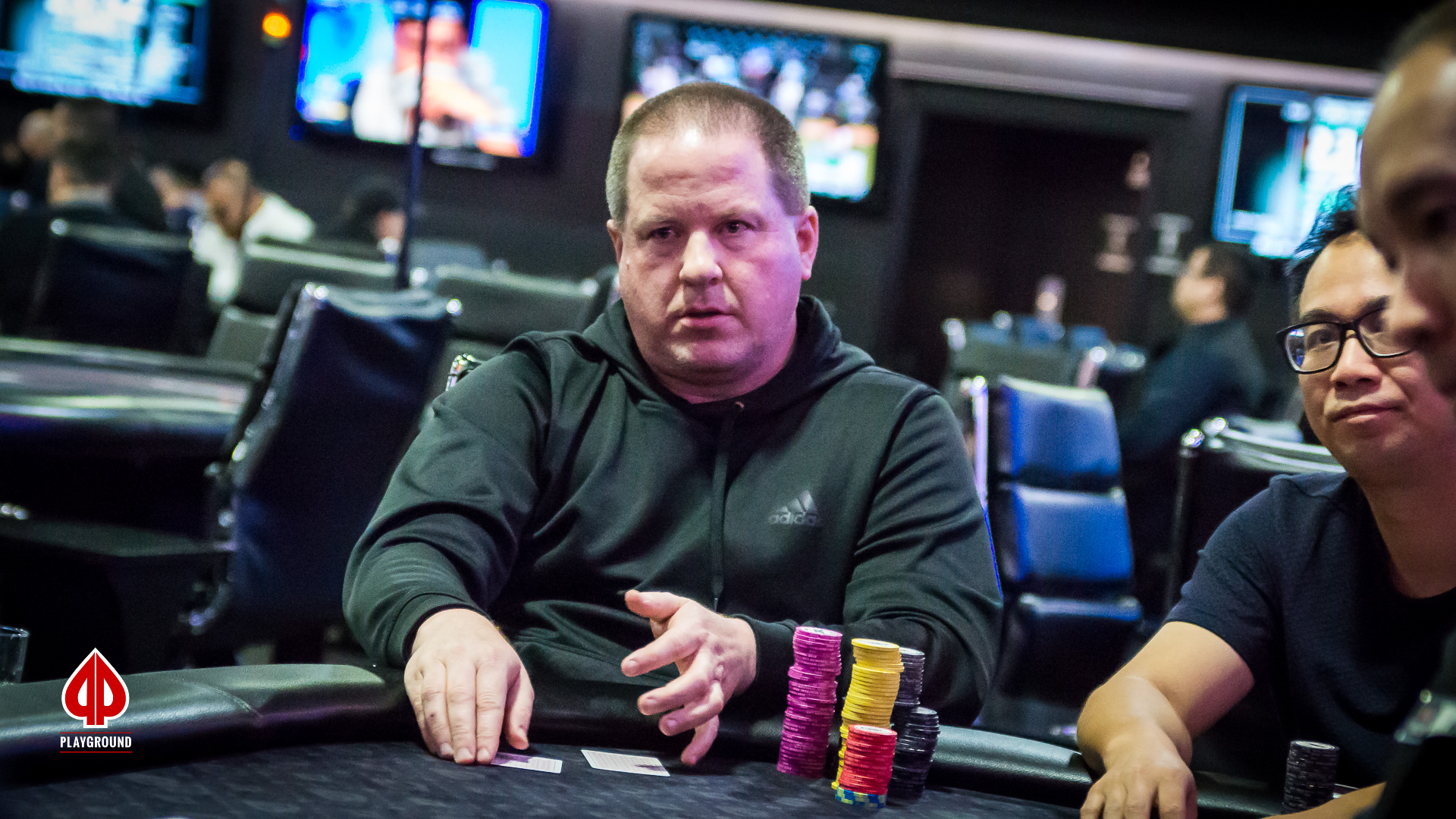