The tournament is now down to only 38 players and as expected, there is a lot of pressure on the short stacks and there have been many all ins during the last hour of play.

On table 31, Real Cantin decided that it was time to make a move as he pushed all of his chips forward. Dave Hamel Bolduc, an experienced and savvy tournament grinder with a solid track record during Playground events, looked at his cards and said “I’m pretty sure that I am ahead”, and then proceeded to shove his stack to isolate. The other players folded their hands and the two were heads up.

Hamel’s assumption was correct; he was ahead pre-flop, but all poker players know that being ahead pre-flop is one thing; staying ahead is something else.

and boom, Cantin hits his Q to move out in front. The turn was

which didn’t change anything, nor did the 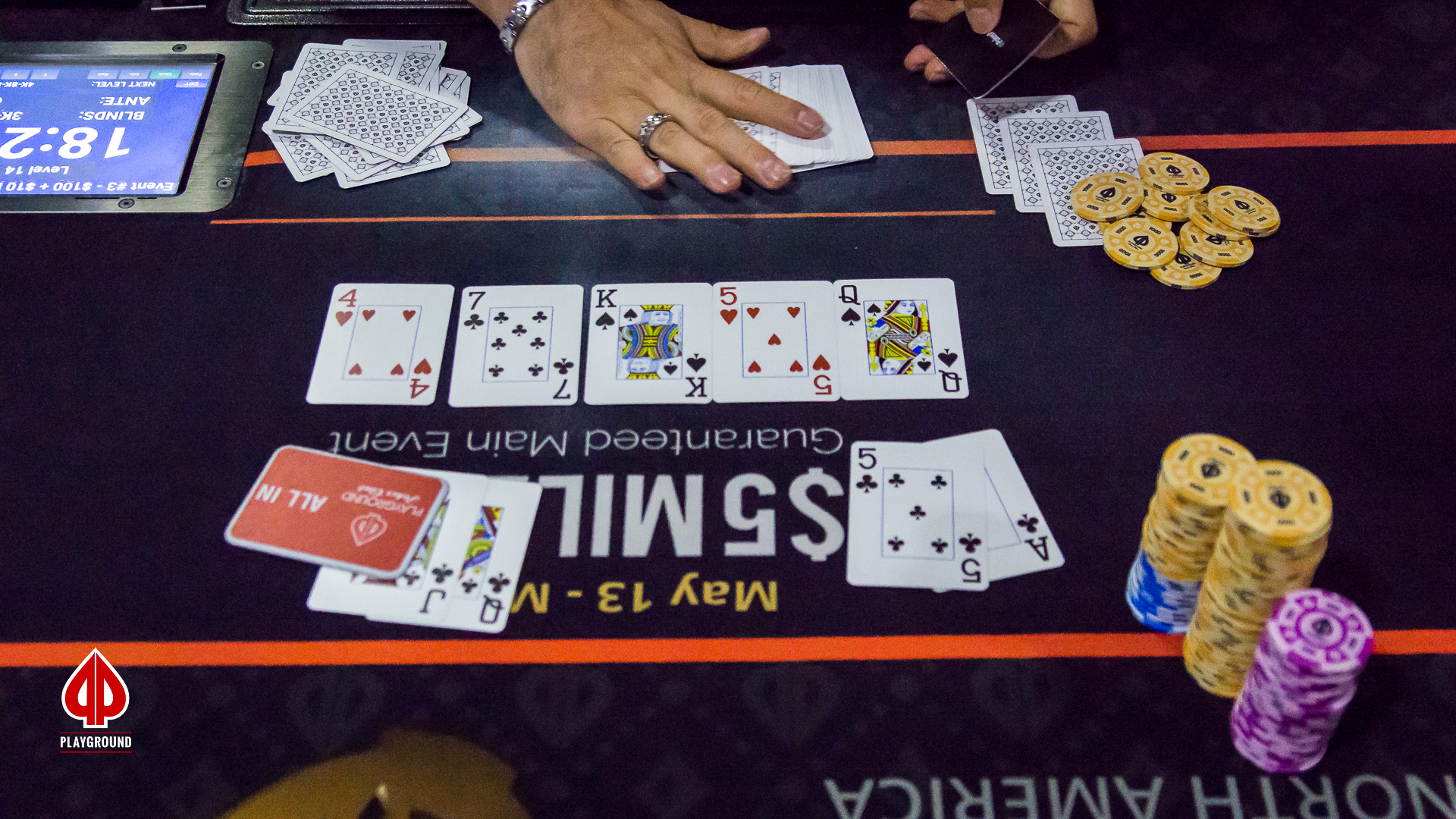 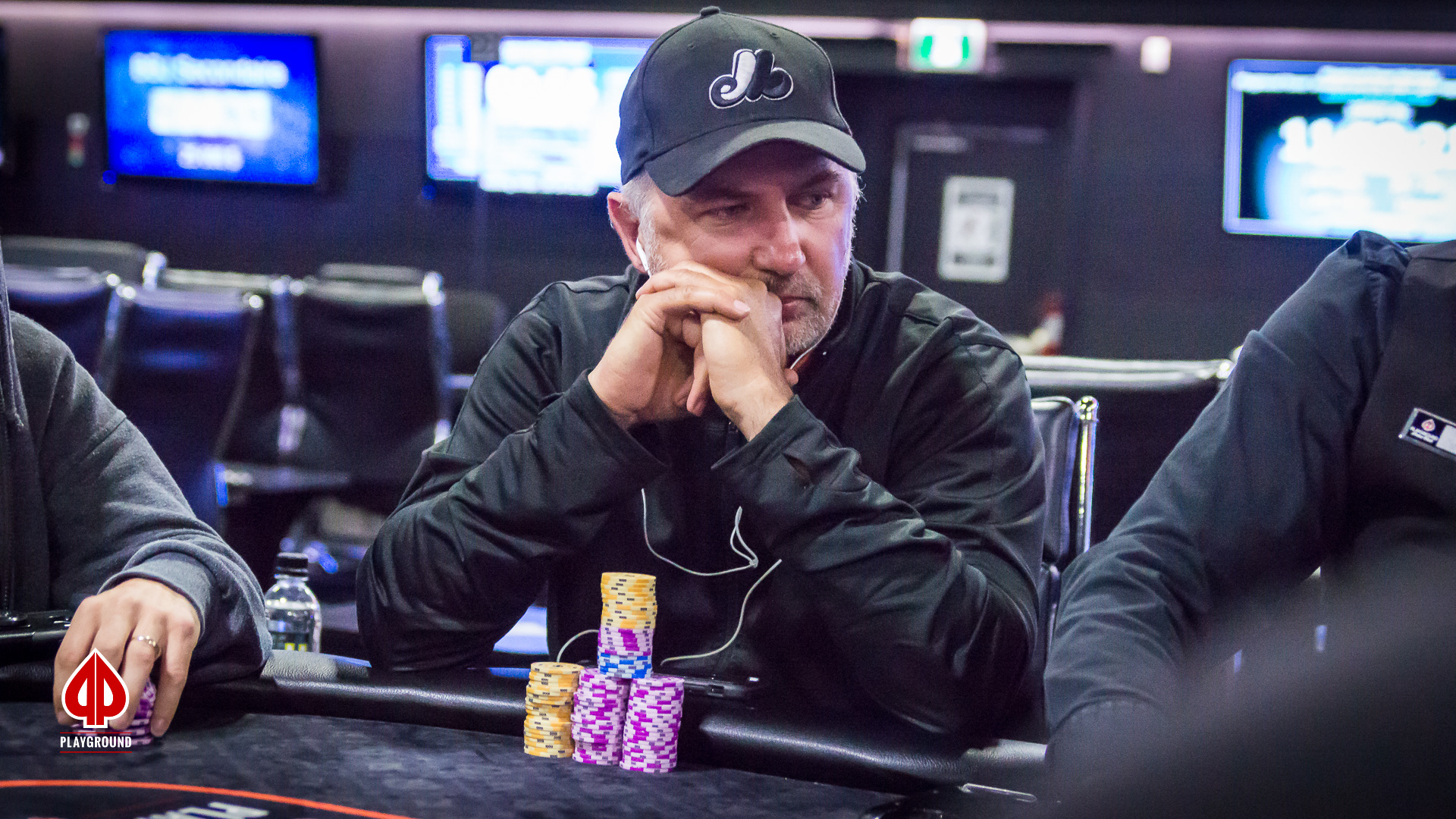 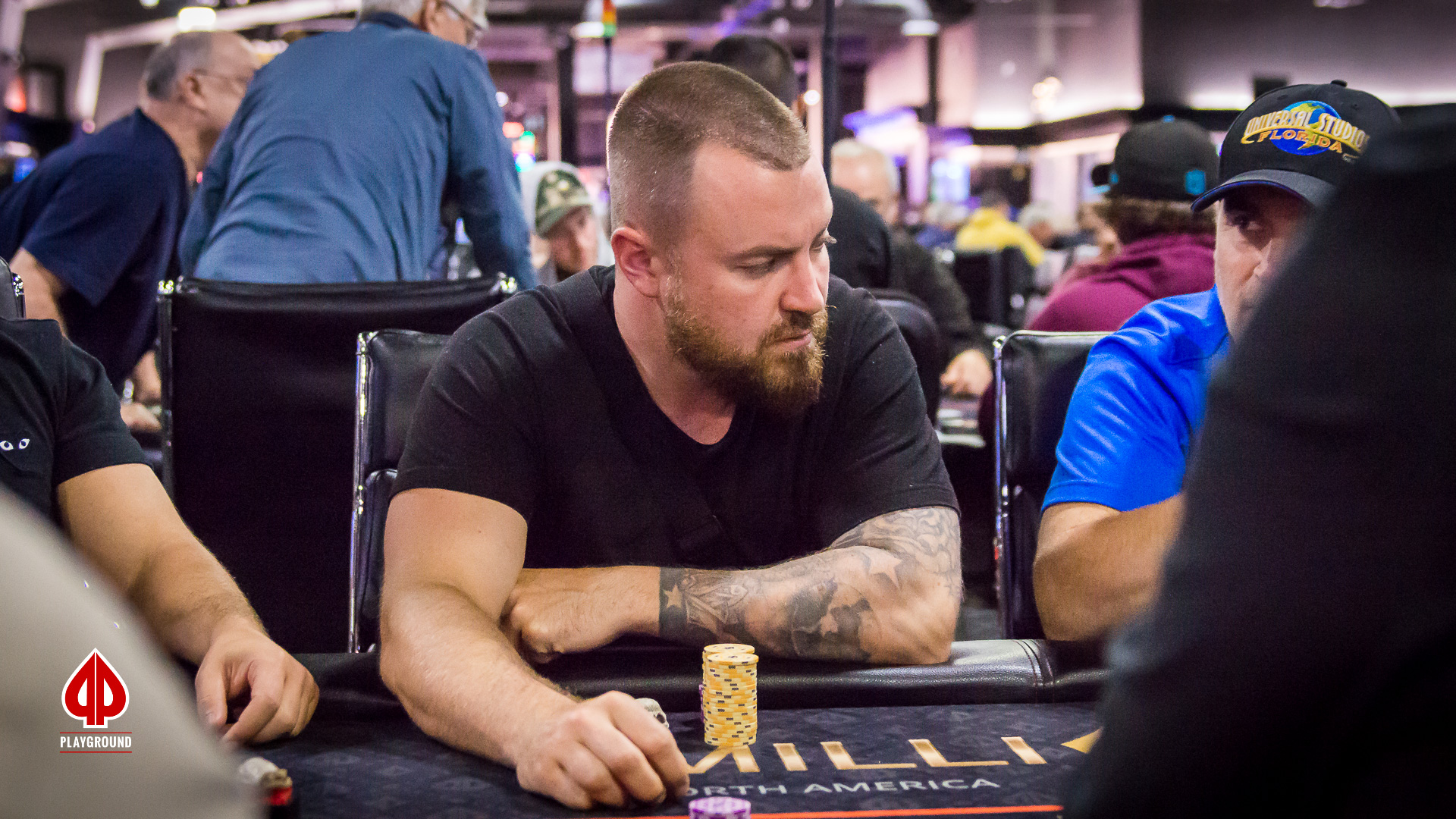