The February Power Weekend kicked off today with the $100 + $10 Re-entry, which featured a $5,000 guaranteed prize pool. By the time the late registration period came to a close, there were a total of 56 entries (including 15 re-entries) and a prize pool of $5,432!

Charli Azoulay took an early lead this afternoon, but, by the time the second break of the day came around, it was Matteo Carelli who was in the driver’s seat.

Carelli maintained his lead all the way to the final table, however, he took a big hit when his pocket jacks went down to Christopher Goudreault’s set of fours. From that point forward, Goudreault started to win pot after pot, building a monster stack along the way. One by one the players busted out, leaving in Goudreault in full control.

Carelli ended up falling in third place, losing his chips to Goudreault. When play finally went heads-up between Goudreault and Danny Landry, Goudreault had most of the chips in play, but Landry never gave up. Heads-up play lasted for the better part of a full level, until the final hand came about.

On the final hand, Landry looked down at a suited ace and put his chips into the middle. Goudreault made the call and the hands were tabled:

As fate would have it, the flop came

, making a pair of kings for Goudreault. The 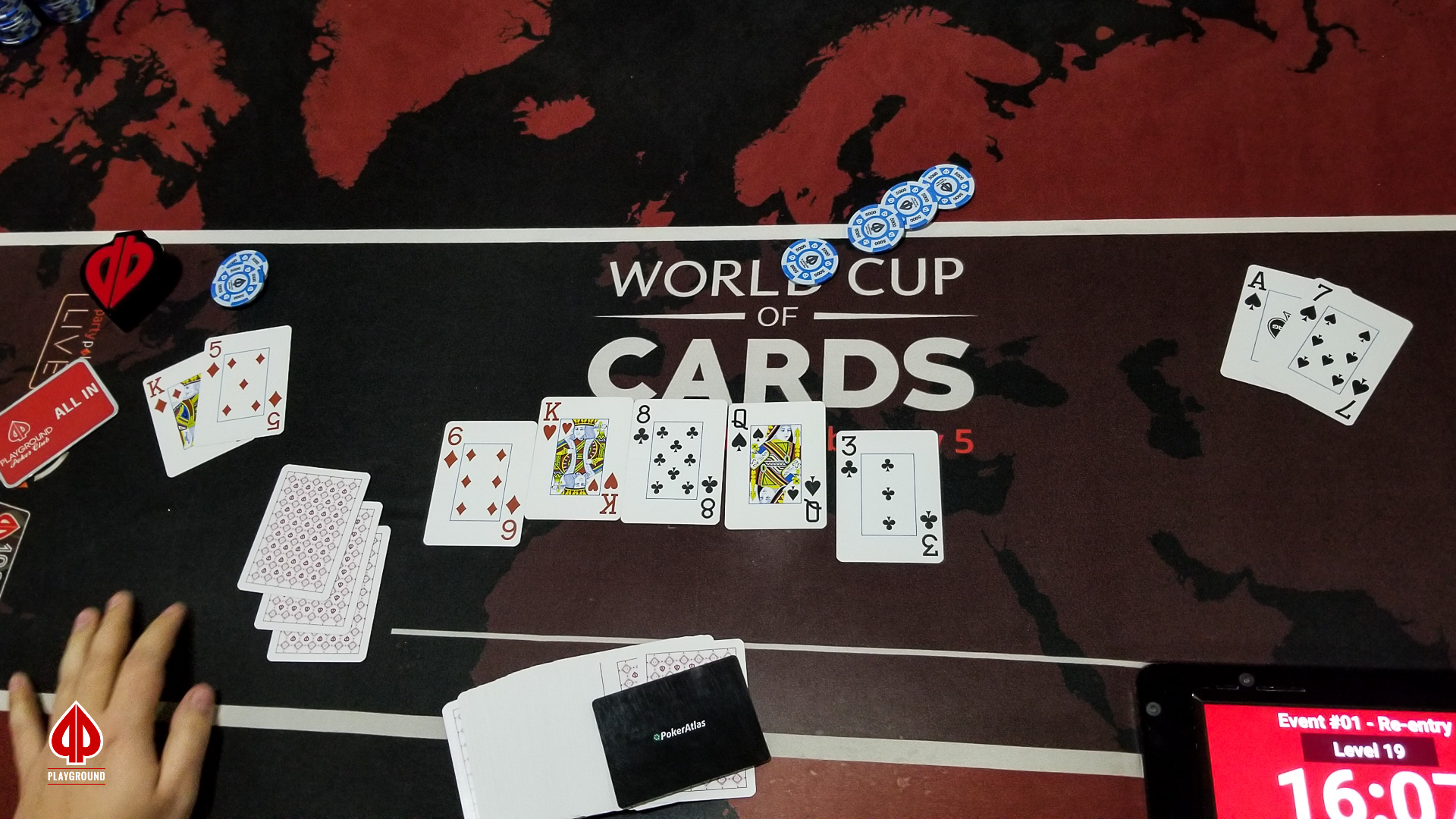