The BBJ amount had grown to an amazing $683,730. After 5% of that number was used as staff gratuity, $649,544 was divided among all Hold’em players in the room, but the biggest shares were going to the lucky players shooting 6-way at the Bad Beat table: Francois Audet, Gabriel Demers, Mario Laurin, Denis Roy, Do Lien Hong and Martin Charbonneau.

Mario was under the gun and raised to 20$. Denis and Do, the next 2 players in line, made the call, but Martin went all-in from the button for 122$, having found a premium hand on his lap. Both blinds folded, but the initial raiser and his first caller also committed all their chips, creating a small side pot for themselves.

Denis Roy, who was the first player to make a call pre-flop but the last of 3 to push his chips, opened

. His 2 opponents were not so candid, and the board completed:

Mario Laurin knew from the flop, after he had seen Denis’ hand, that he could not be beat, but the river made it even more interesting for him: he was either the winner of a 3-way all-in pot, or the winner of the Primary Bad Beat Jackpot. He was still holding on to his hand when Martin Charbonneau revealed

, completing the rarest and strongest hand in poker: a royal flush! Mario was a happy camper. He slammed his hand open:

At 11:25PM last night, quad queens were beat. The Primary BBJ was hit. Mario took $259,818 for losing with quad queens, and Martin took $129,909. Since there were only 6 players at the BBJ table, the table share was much larger than usual, being divided by just 4 players: they took $32,477 each! A few accounting details need to be worked out before the room share amount is confirmed, but it will be very close to a thousand bucks… just for being there!

Congratulations to everyone involved! 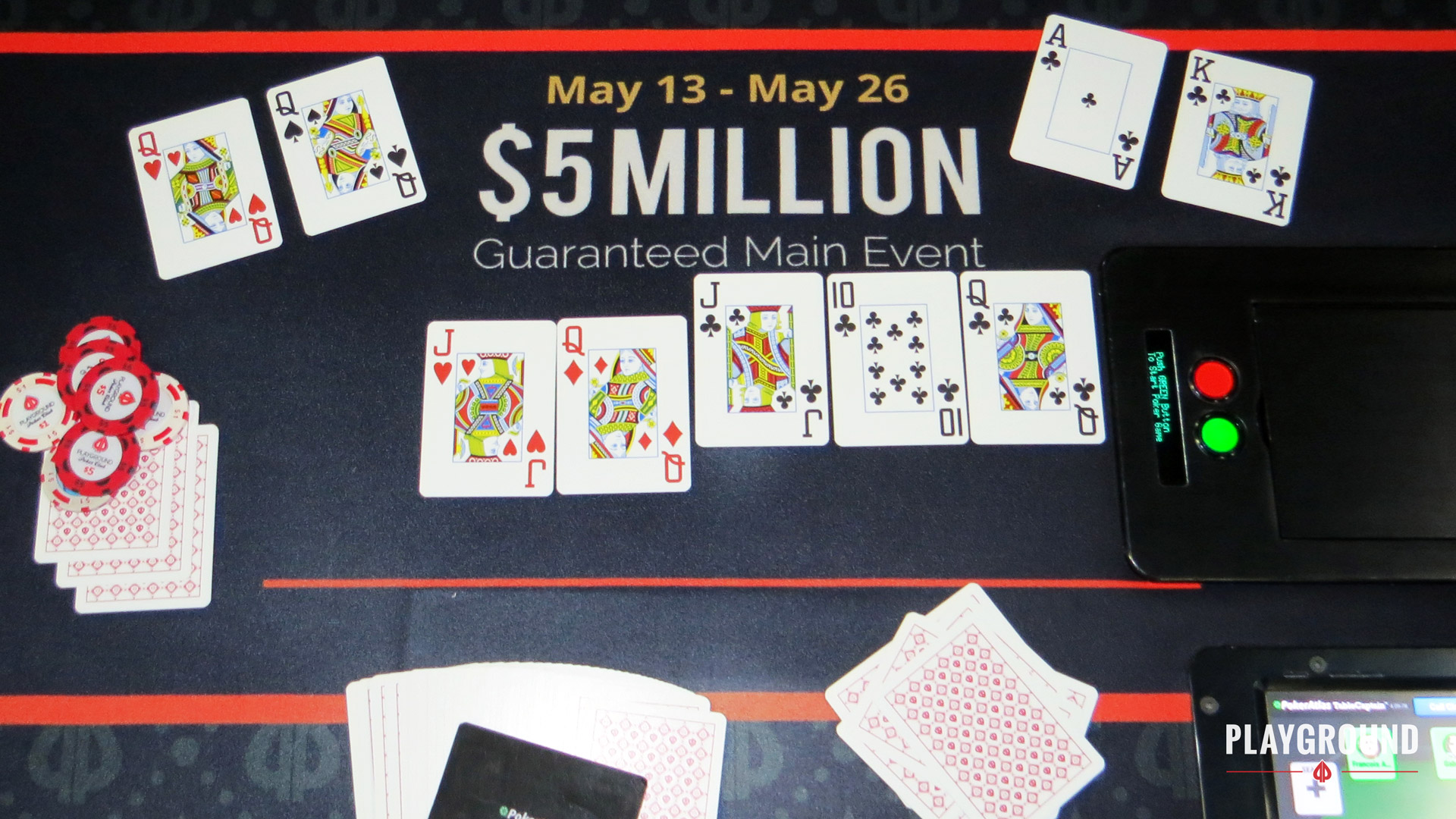