Late last night, quad over quad allowed a third Bad Beat Jackpot to hit since the beginning of the month. Table 7, located at the heart of our Original Room, delivered the BBJ to nine lucky $1/$2 players.

Three of those nine players were sitting out, on break, leaving six players dealt in. The first two players to act limped in, but that was quickly raised to $10, a bet that was also short-lived. Gregory pushed $30 forward, a good chunky 3-bet. Much to the aggressors’ surprise, both blinds cold called, and were joined by the second limper – Georges – and the initial raiser, sending a group of five players to the flop!

After four quick checks, Gregory continued with $45, and three players matched it, all interested to see the turn:

This street did not see any action, and the foursome got themselves a free river:

. After a check, Georges, who had been pretty quiet so far, simply tagging along, opened the betting: he threw in $113, or about half his working stack. Gregory was the only player interested to continue. He announced all-in, and Georges called under.

Congratulations to all players involved, and keep the Bad Beats coming! 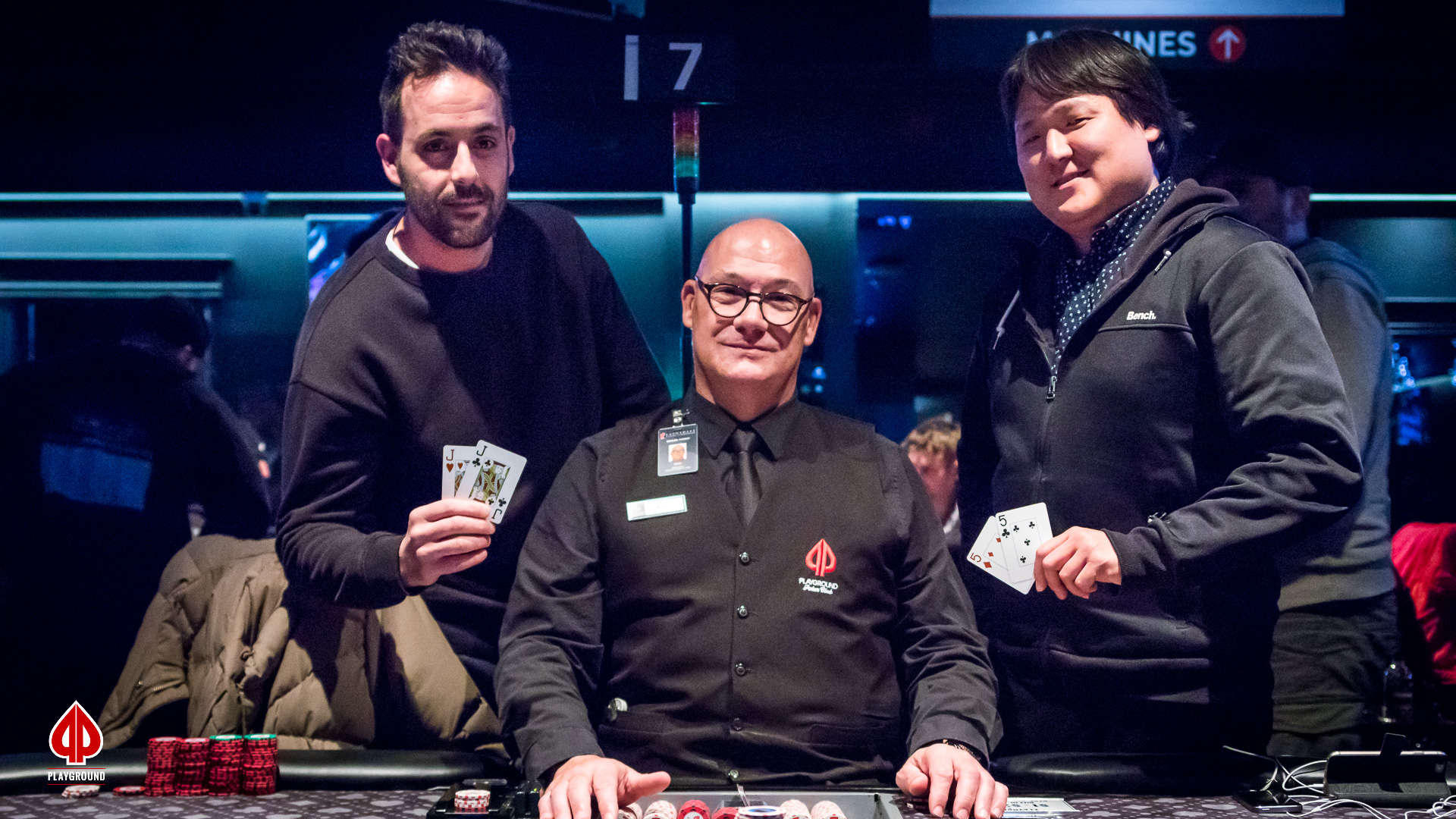 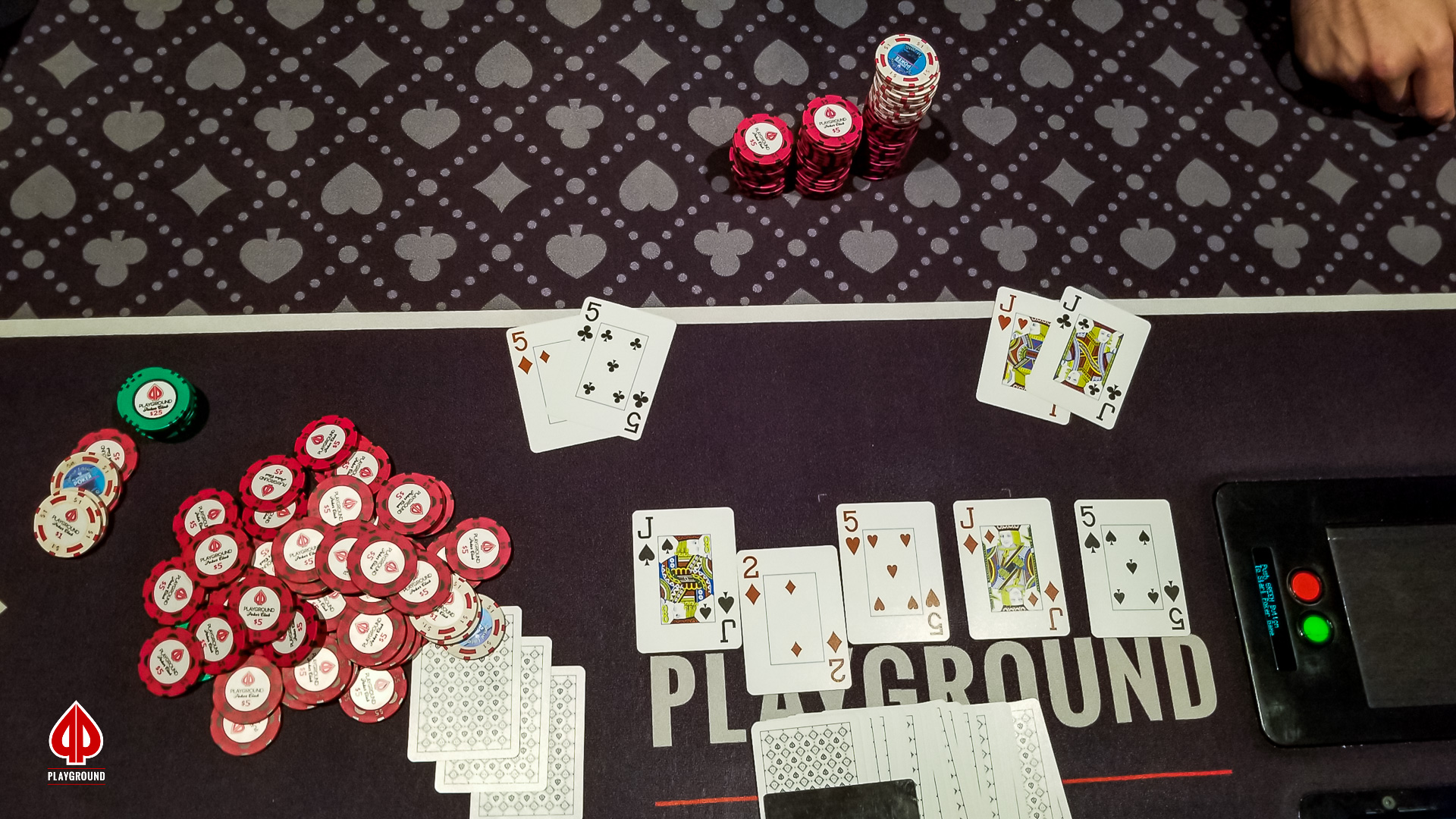 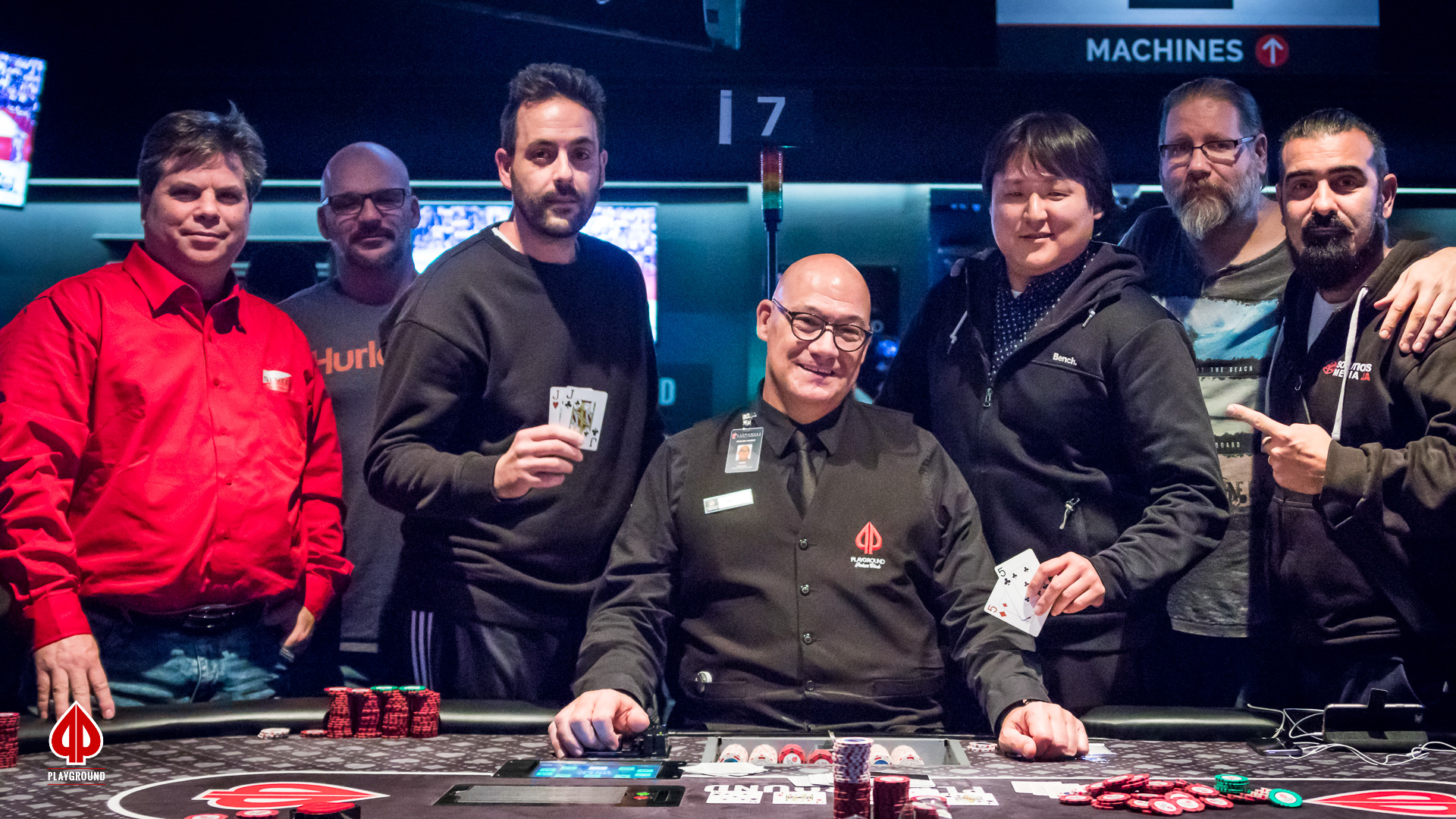