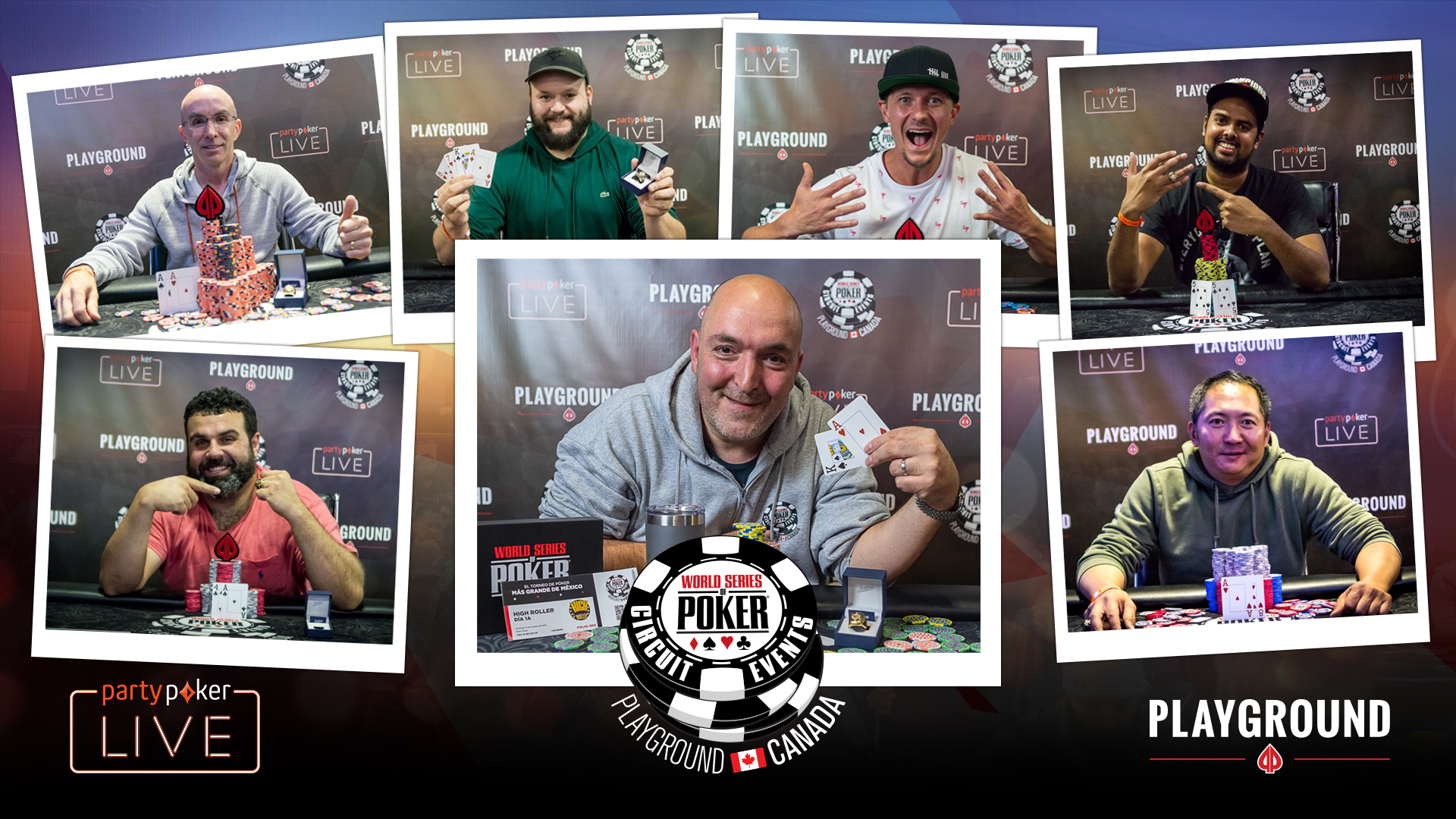 The WSOP-C took over Playground from August 22 to September 2 in its second annual edition and was another resounding success!

Thousands of players from across the continent descended on Playground to take part in the seven-event series that awarded over $4,000,000 in prize money. Both tournament and cash game tables were packed to capacity throughout this event that saw every tournament surpass its prize pool guarantee and hundreds of thousands of dollars awarded on cash game tables through a combination of the Bad Beat Jackpot and the Sizzling Summer cash game promotions.

The action got a major jump-start in the early days of the event when a Bad Beat Jackpot awarded $305,351 to some lucky NL Hold’em cash game players on the morning of August 25. Add to that the prizes totalling more than $150,000 given away over the course of the WSOP-C Playground as part of the Sizzling Summer cash game promotions, and you can see why the cash games were nearly as popular as the tournament tables!

Event #1, the $330 + $30 Colossus, lived up to its mythical reputation by collecting 3,538 entries from 13 starting flights. It started on partypoker with four Online Day 1s before the nine live starting flights held at Playground brought out progressively larger crowds to surpass the $1,000,000 prize pool guarantee. The winner, Éric Laliberté, pocketed $127,000 and the first WSOP-C Playground ring of the event.

Event #2, the $1,000 + $100 Main Event, also started on partypoker with an innovative combined flight that rolled two days of play into one, allowing dozens of players to play their way into the money before ever arriving at Playground. The live starting flights brought fields large enough to cover the $2,000,00 prize pool guarantee and get 316 players into the money. The Main Event champion, Joe Pellegrino, collected $300,000, a WSOP-C Playground ring as well as entries to both the Main Event and High Roller in the upcoming WSOP-C Monterrey.

Thanks to all the players who travelled from far and wide for making the WSOP-C Playground such a great success! The next major event, the WPT Montreal, is just around the corner. It runs from October 20 to November 3 and features over $5,000,000 in guaranteed prize pools. See you then!