The $200 + $20 Grand Prix Canada was the marquee event of Playground’s 9-Year Anniversary Series, featuring an outstanding $500,000 guaranteed prize pool. There were numerous starting flights, both live and online on partypoker. When the Day 1s came to an end, there were a total of 2,696 runners who came from near and far, allowing the prize pool to swell above the guarantee. All players who qualified for Day 2 were in the money, and any player who bagged in multiple flights received a $400 min-cash for each forfeited bag.

Play resumed with 366 players on Saturday December 15 to play Day 2. It was a long day of poker as some player’s stacks were being built up while others were being sent to the cashier to collect their payouts. The chip lead changed through the day as one by one, players fell until only 16 were left in their seats with stacks of chips in front of them.

Day 3 resumed today when the final 16 started play on two eight-handed tables. All were assured a minimum payout of $2,500, but of course all eyes were on the top prize of $80,000, a nice score for such a modest buy-in. There were some short stacks who tried their best to secure an early double-up but ultimately most of the short stacks fell. Christopher Turnbull was on a great run but ended up exiting in sixth. Kevin Javier also went super deep but succumbed in third spot for $35,000, still a nice payday. Francois Gauthier was one of the short stacks who managed to pick the right spots to put his chips into the middle and kept adding to his stack. Alexandre Raymond was knocking out players, and his stack just kept growing. It finally became a heads-up battle between Francois Gauthier holding a slight lead over Alexandre Raymond. The two players decided to look at the ICM chop numbers but in the end, they just played on and kept the original payouts.

Heads-up play went on for some time and Gauthier had a good run but then lost some chips and fell behind Raymond. On the final hand of play, Raymond raised and Gauthier shoved, finding a call by Raymond. The hands were opened:

It was looking good for Raymond, and Gauthier knew that he really needed to hit an ace to win the hand. The board ran out

. After the dealer counted the stacks, Raymond had Gauthier covered and just like that, a champion was crowned in the Grand Prix Canada, Alexandre Raymond. Congratulations! 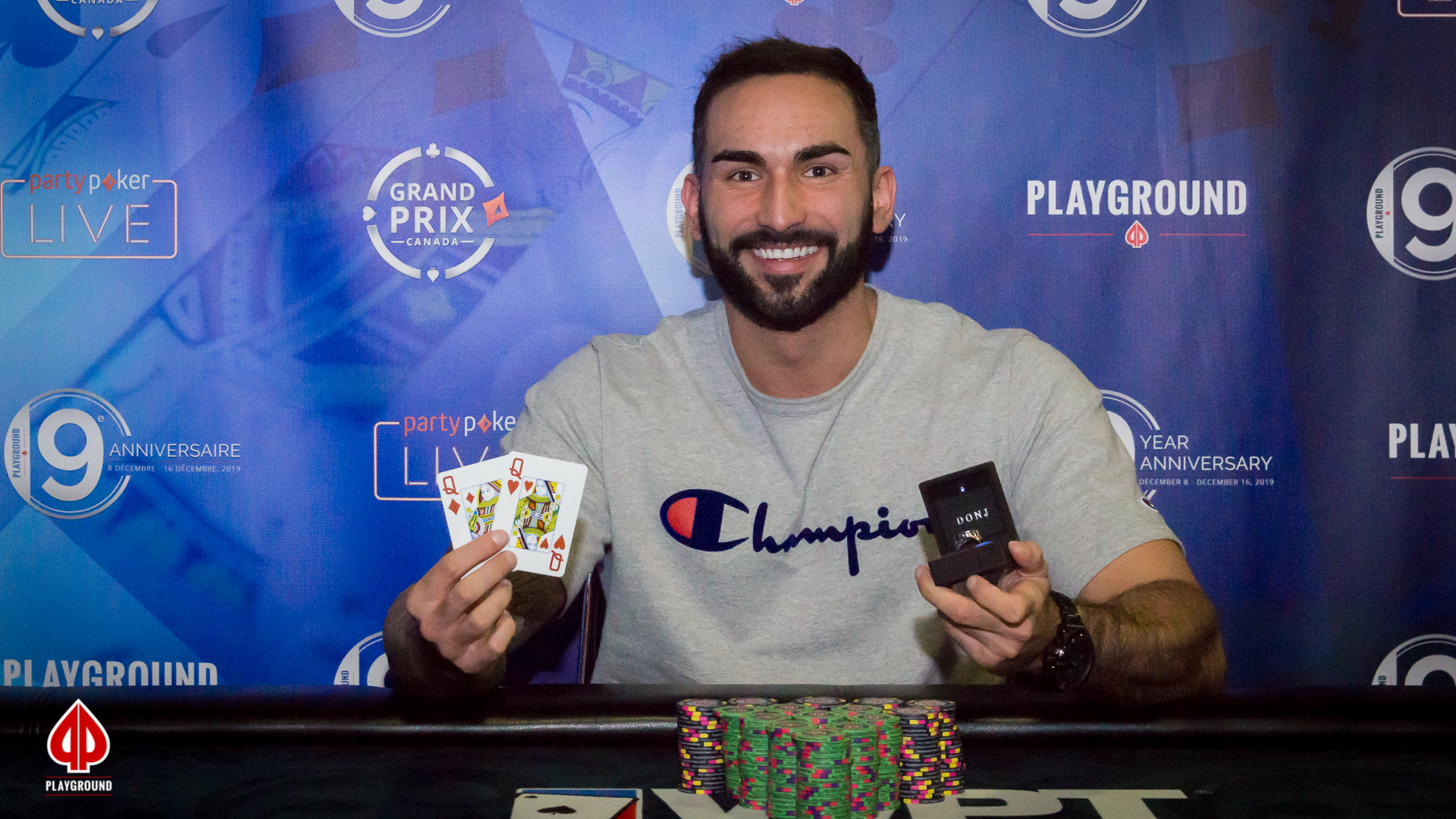 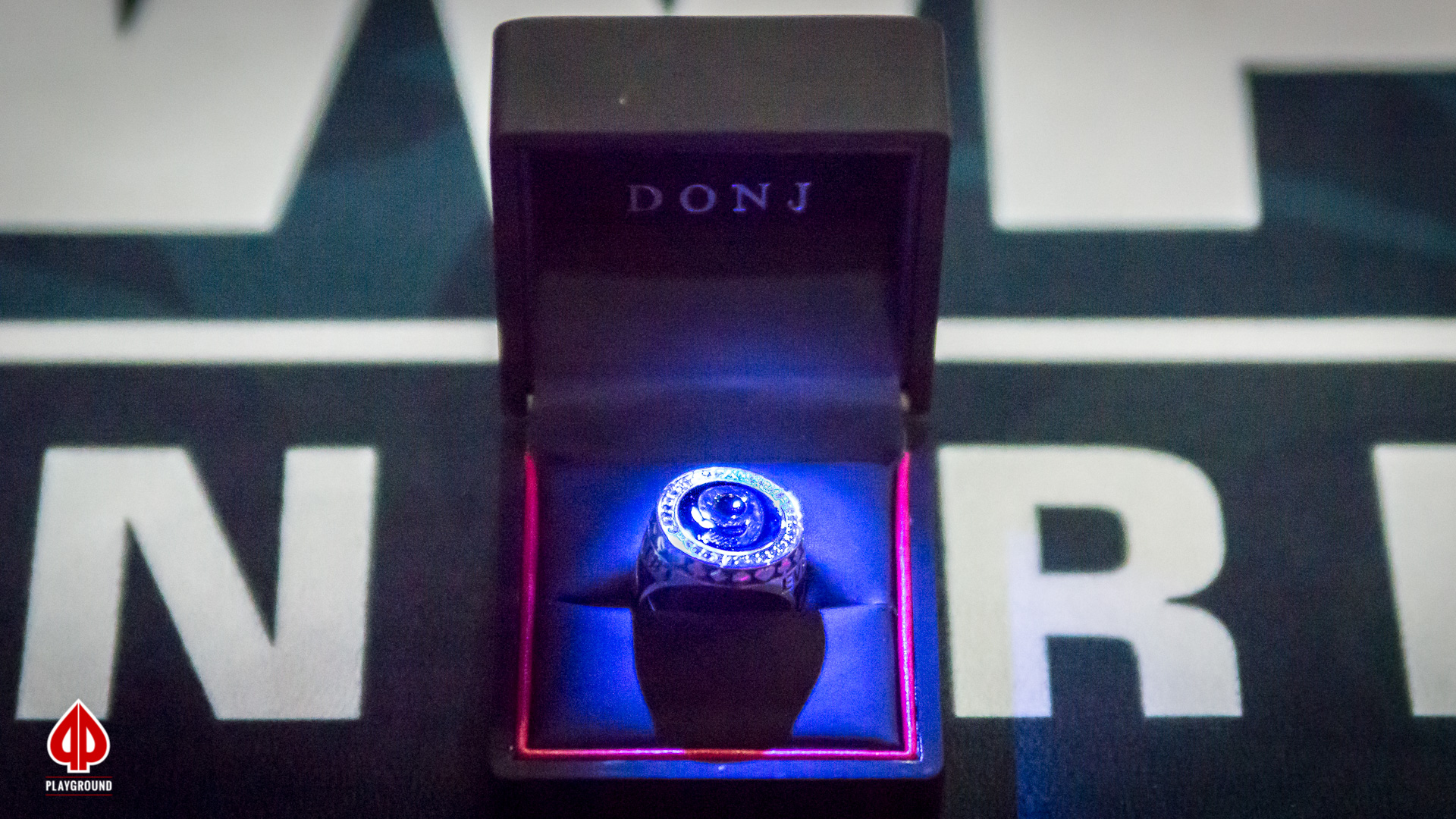 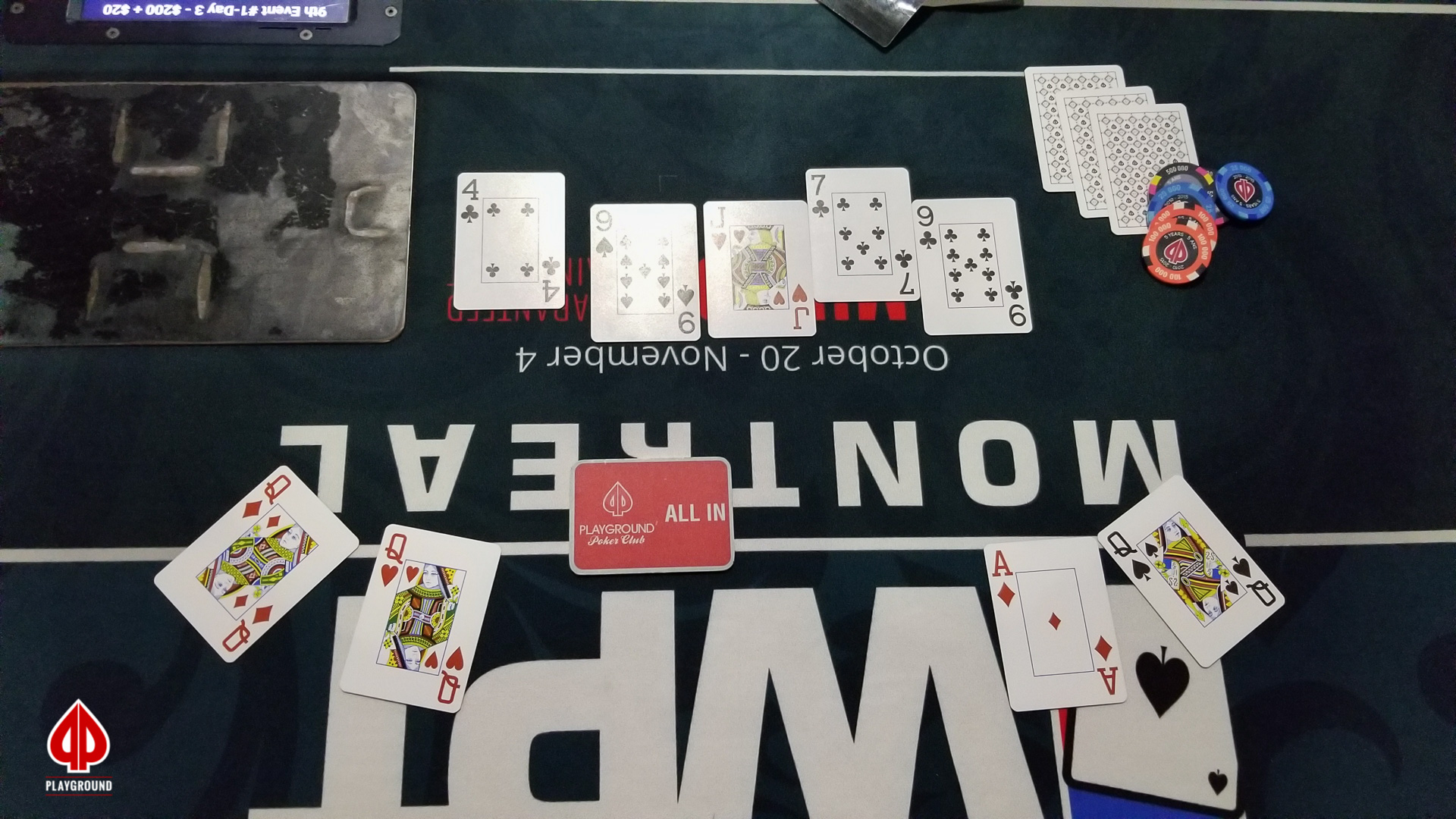 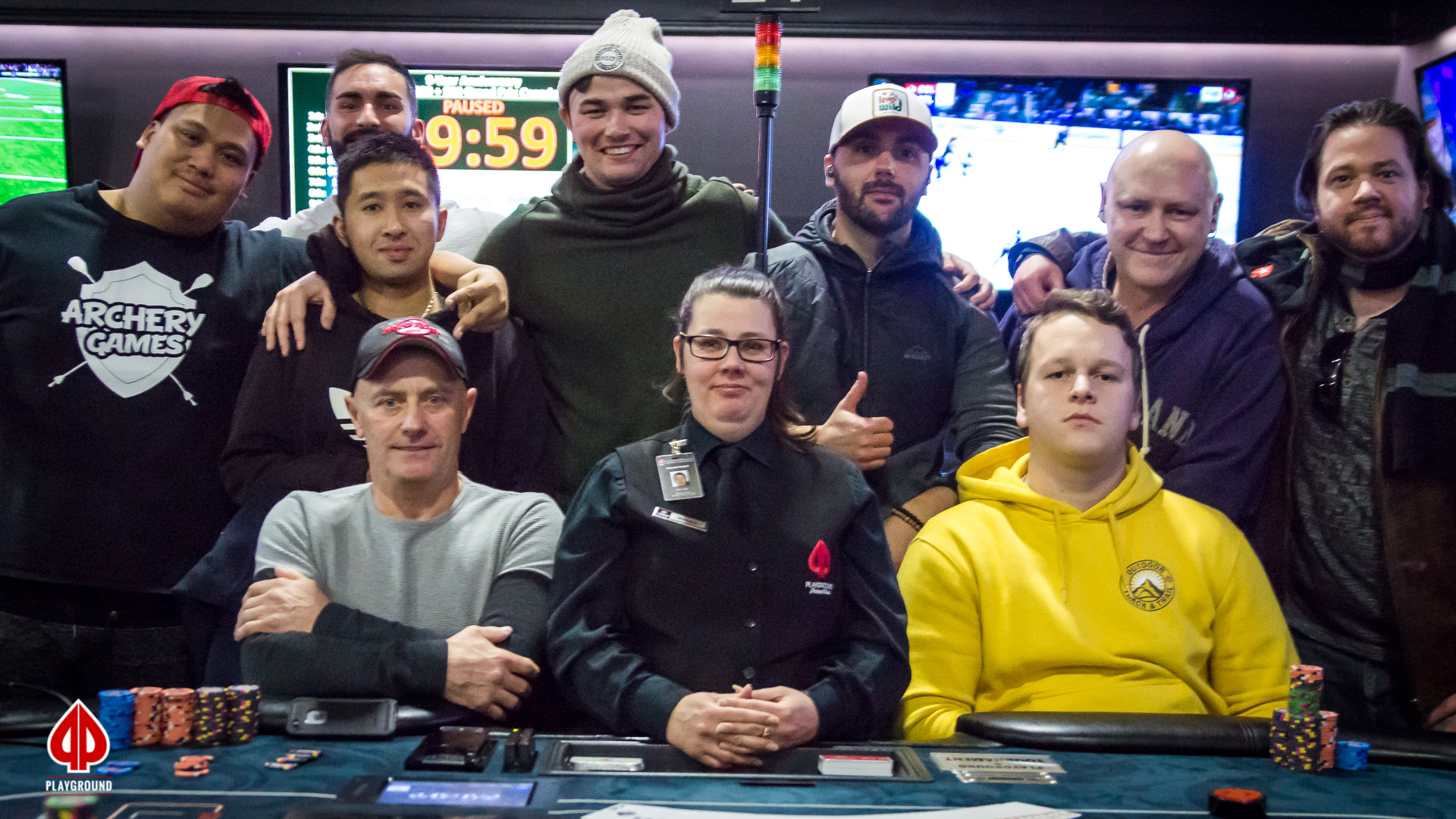