The final table saw the two who were the chip leaders all afternoon, Giovanni Petrella and Ron S., holding a substantial lead over the others. As expected, the short stacks shoved away and the field started to narrow down.

Ron S. went on a crazy roller coaster ride, seeing his stack drop to 8K, then go back up to almost 300K, before busting out in 4th place.

Dylan Thibault, a regular visitor from Ontario who likes to come play most of the Playground events, made a solid deep run, just as he often does, but ultimately busted out in 3rd place ($910).

As play went heads up between Petrella and Bombardier, both players kept shoving with random hands, until finally, Petrella got the best of Bombardier, and became the Event #1 Champion.

On the final hand of play, Richard Bombardier shoved his suited gapped connectors,

, and was called light by Petrella holding

.  Petrella announced “I’m not that strong”, but when he saw what he was up against, he then said “oh, I’m actually ahead”, and the dealer put out the board:

.  Giovanni flopped a 6 but Richard gave him some sweat having flopped a gutty. With no help to Richard on the turn or river, that brought the tournament to a close, with Giovanni Petrella hitting two pair on the river and becoming the Event #1 $100 + $10 Champion. 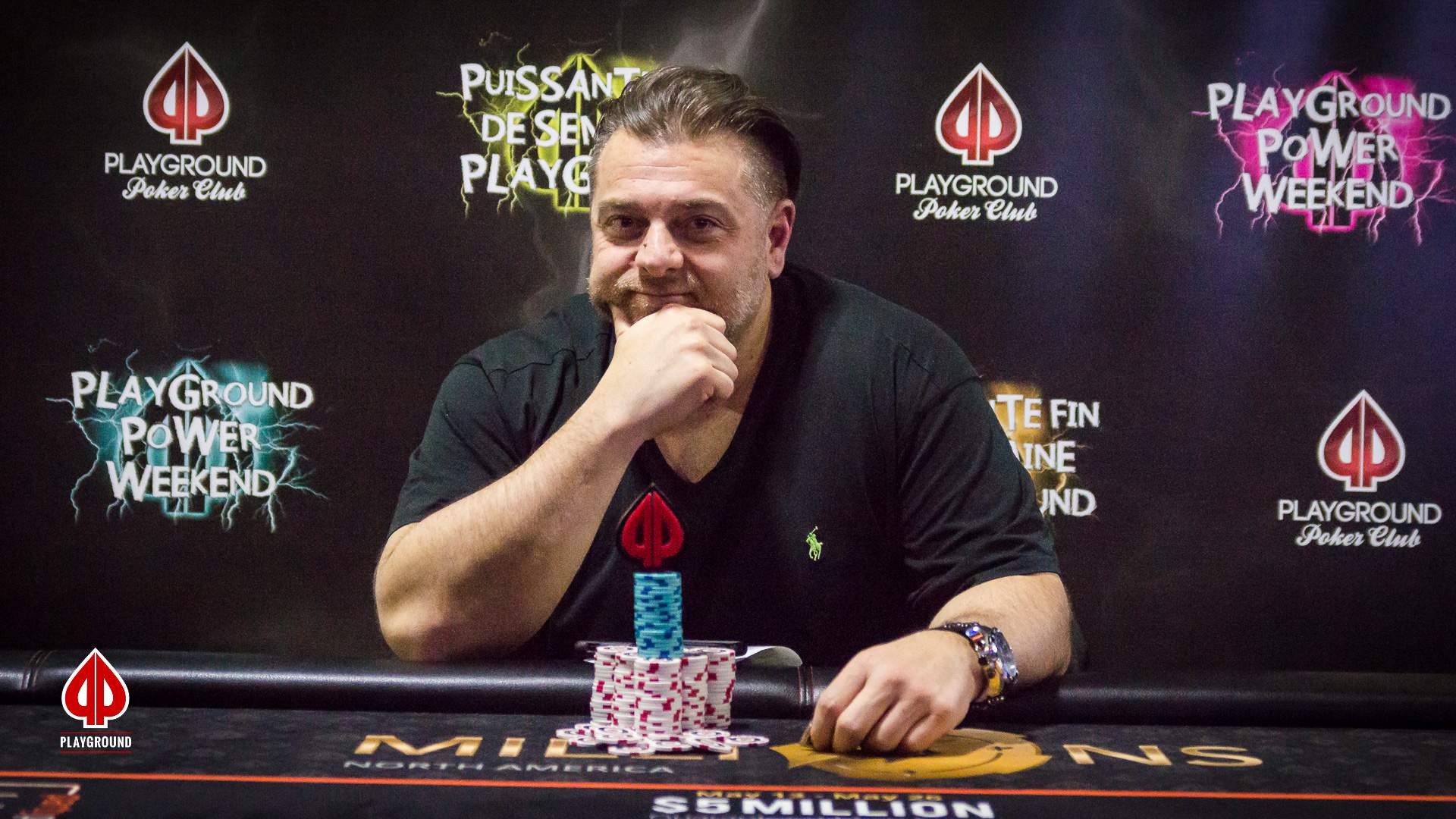 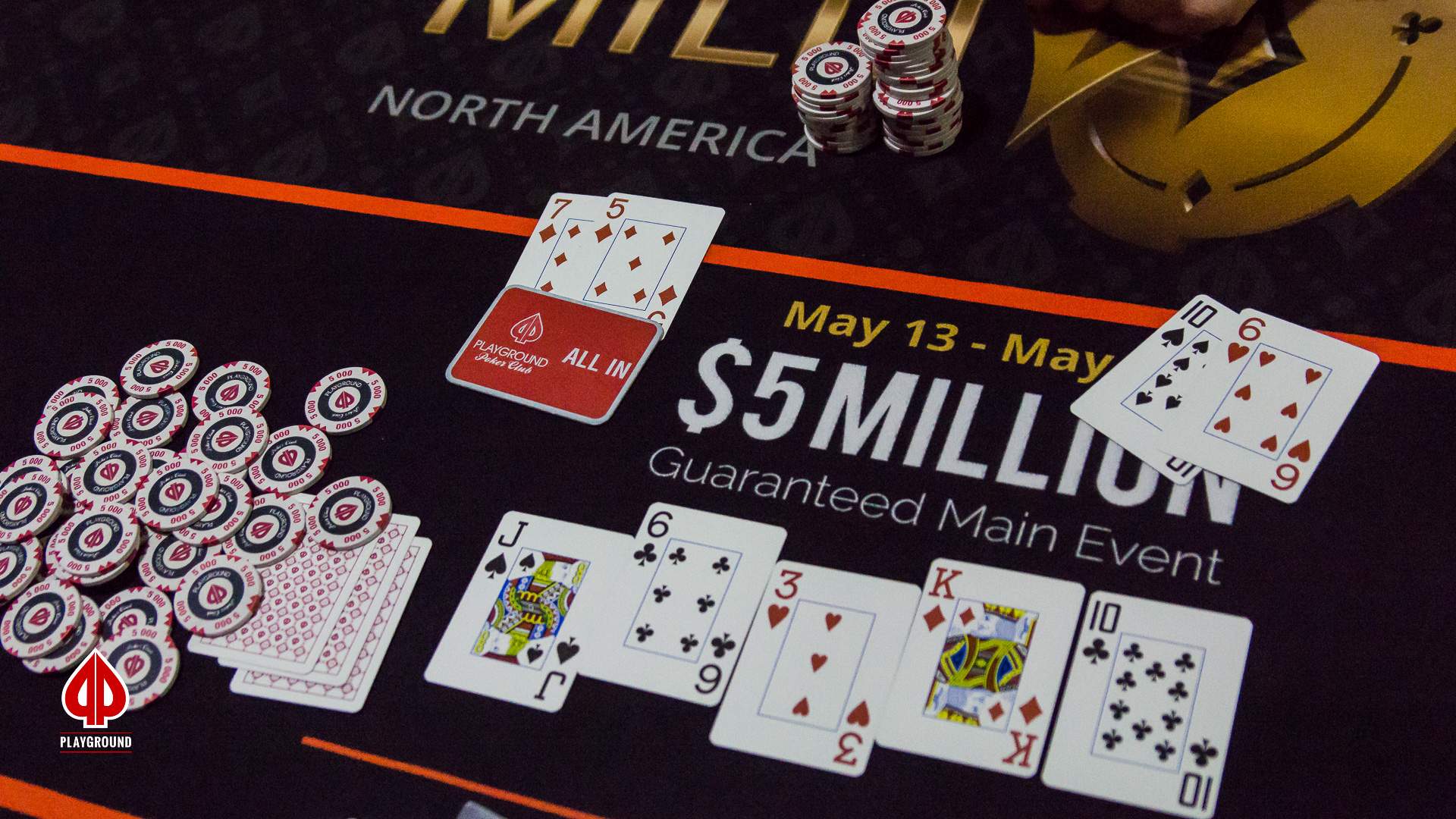 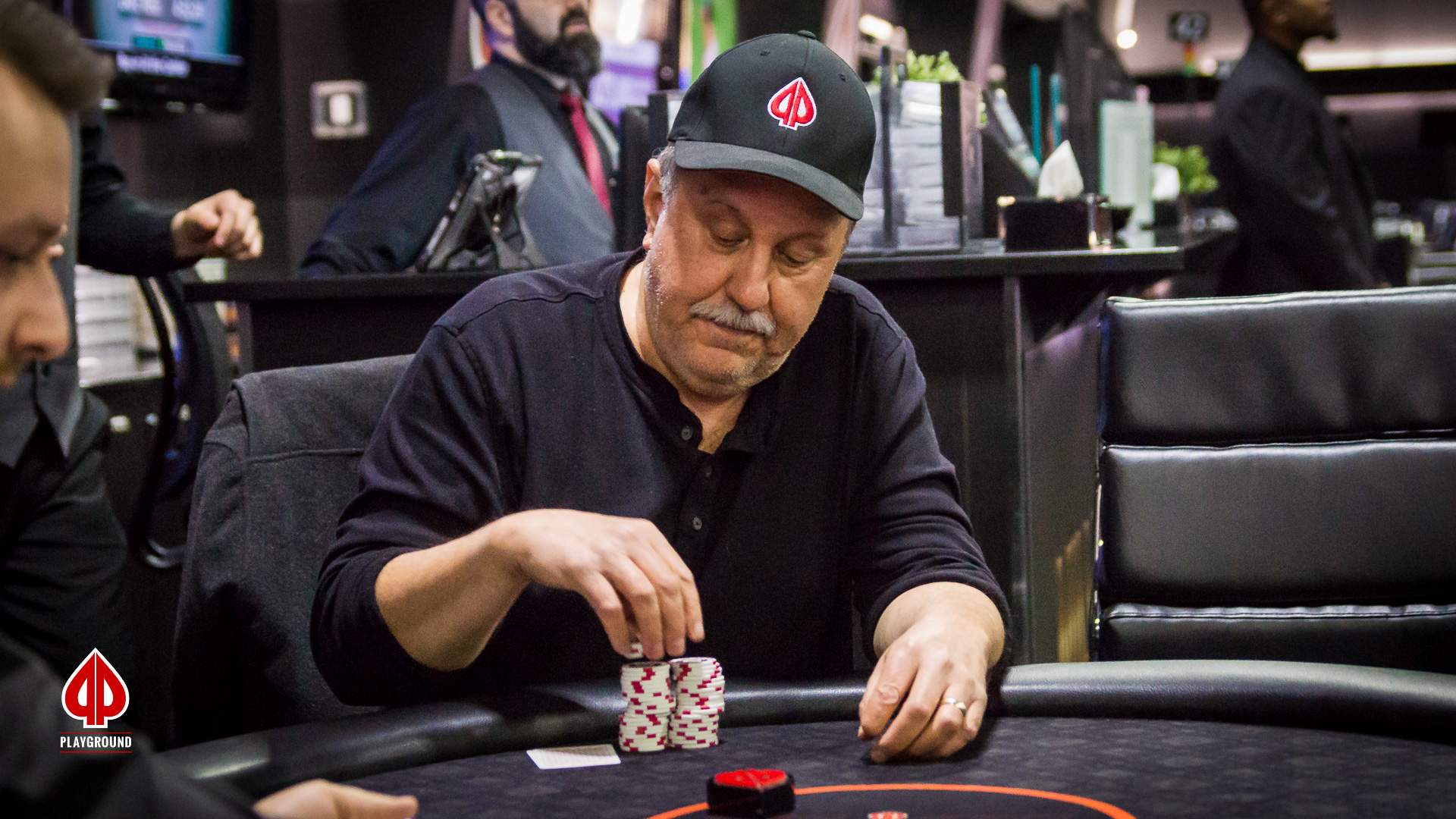