Everyone’s attention is on the WPT Montreal, but Playground has a lot more in store in the weeks ahead! There has been a great deal of focus on the Main Event, the WPT500 and the WPTDeepStacks, but players will have plenty of playing options, thanks to not only the $200 + $20 Playground 200 but also the single-day tournaments at the end of the series.

The Playground 200 is well known to Playground’s regular players, but its merits are worth revisiting. This three-day event features six starting flights including an online flight and a turbo flight, an unlimited re-entry format and a prize pool guarantee of $100,000. The modest price point, huge guarantee and player-friendly structure have made the Playground 200 a consistently popular tournament, one that makes a great warm-up for multi-day events like the WPT500 and the Main Event. The first starting flight for this edition of the Playground 200 starts online on partypoker this Sunday, October 20 at 4:00pm. You can qualify for the flight through $11 and $22 online satellites scheduled that day at 12:00pm and 2:00pm.

The first weekend in November will mean that the WPT is winding down, but Playground has made some additions to the regular tournament lineup to give players more of what they want- exciting tournaments and huge prize pool guarantees!

On Sunday, November 3 at 7:00pm, the $500 + $60 + $100 Big Bounty Re-entry will take over the tournament hall. Expect all the focus to be on the $500 bounty chips in play, as they will make up most of the $30,000 prize pool guarantee. This single-day tournament will start players with 25,000 in chips to play through as many 20-minute levels as needed to find a winner. Expect an action-packed evening, as many players are likely to take advantage of the unlimited re-entry format to go bounty hunting.

As you can see, tournament players have lots of options to choose from! Whether it is the Playground 200, one of the prestigious WPT events or one of the many single-day tournaments, you are sure to find the tournament that is right for you! 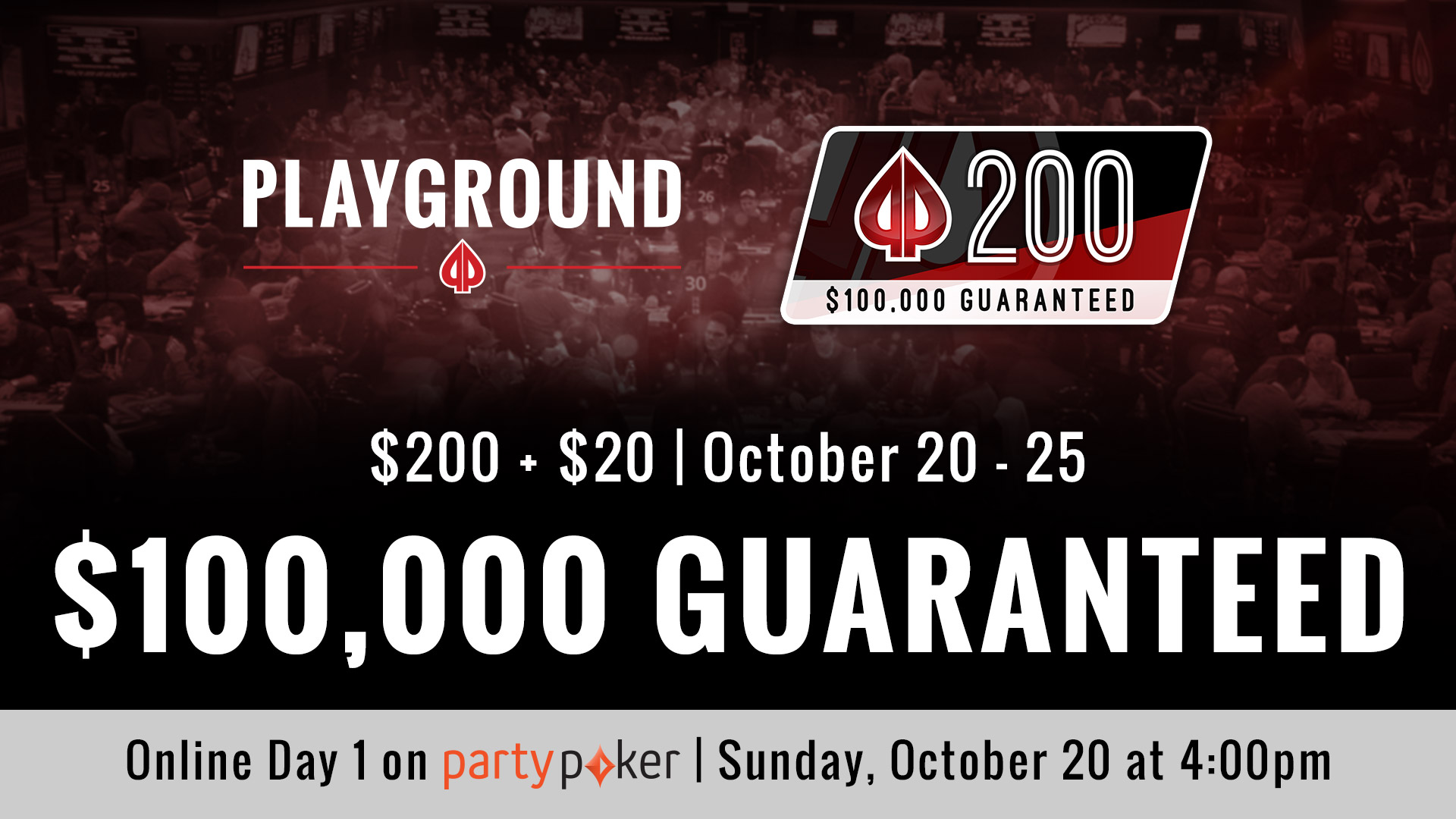