The premier event of the year, the MILLIONS North America, is on the horizon and the anticipation is building far and wide. Players from around the world are waiting impatiently for the May event to arrive, but none more so than the players who have already qualified for the Main Event at a fraction of the buy-in cost.

We look forward to bringing you the stories of a number of players who qualified early for MILLIONS North America through the STEP satellite system and sharing their excitement. There will be a series of features on early qualifiers rolled out in the coming weeks to let the poker community follow their journeys on the path to a chance at a life-changing score. Many qualifiers have advanced through the STEPs for as little as $90 and some are even free rolling!

The STEP satellites allow players to qualify for a small fraction of the direct buy-in cost. It’s a three-step system with three buy-in tiers to suit every player’s comfort level. Players can buy in directly to any STEP along the way or start their journey with a STEP 1 and play their way through. The upcoming March Power Weekend will feature a series of additional STEP tournaments, providing lots of ways to qualify. This Power Weekend offers two STEP 1 satellites, a STEP 2 satellite with a massive guarantee of 25 STEP 3 seats and a STEP 3 satellite that guarantees at least five Main Event seats. For a full list of STEP satellites, click here.

For anyone unable to make it to Playground to take advantage of the STEPs, there are lots of ways to play your way in on partypoker. They start with feeders that cost as little as $11 and culminate with a weekly Final Phase Direct Satellite held every Sunday that guarantees 5 MILLIONS North America seats. For all the details, click here. 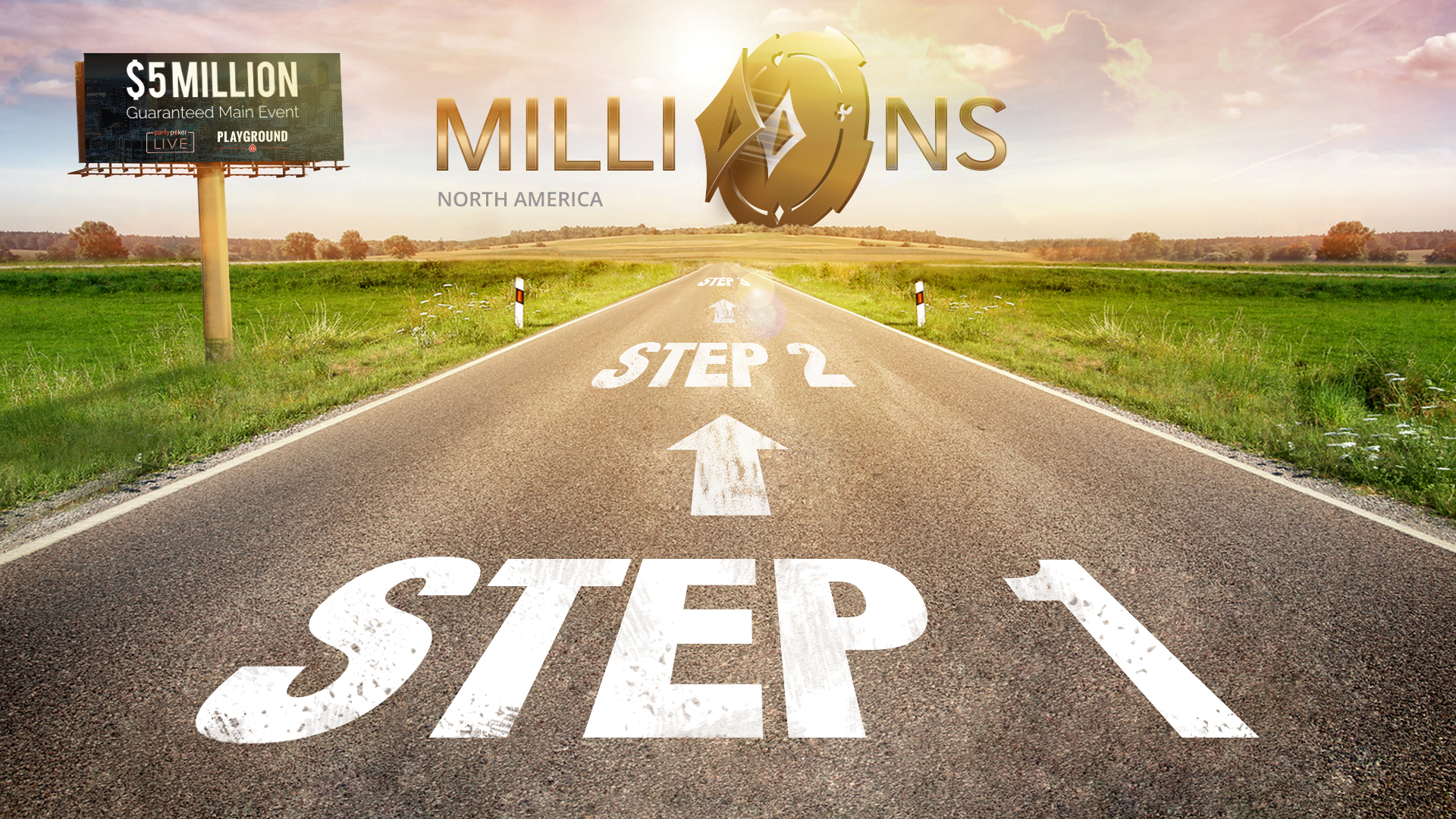