As the final installment in our mini-series on the most memorable, historic and influential moments in WSOP history, this article will give a quick rundown of how these top moments helped get the WSOP to where it is today, and of course, detail the most historic moment in WSOP history. 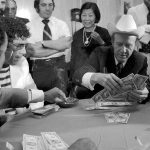 The year 1972 marked a major step forward in the evolution of the World Series of Poker with the birth of the marketable poker professional. Thomas Austin Preston Jr., better known as “Amarillo Slim,” won the Main Event and used his newfound notoriety to pitch poker to the general public.

The WSOP had made its first impression on mainstream America thanks to Preston. A CBS camera crew was present to film the event the following year and it has only grown in popularity since then. 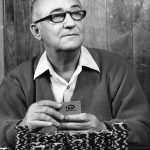 The World Series of Poker was first established in 1970 by the casino icon Benny Binion. The inaugural World Series of Poker was attended by a handful of elite players who were personally invited by Binion. They played for three days before a vote was taken by the players to determine who the best player was. Johnny Moss was seen as the top player by his peers, and he was awarded a pure silver cup; the first and last of its kind. Bracelets were issued the following year when Moss won it again. 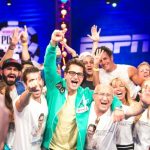 In 2012, 48 players posted $1,000,000 to play the Big One for One Drop. Organized by billionaire poker enthusiast and philanthropist Guy Laliberté, it raised more than $5.3 million for charity and also built what was then the largest first prize in the history of tournament poker: $18,346,673. Antonio “The Magician” Esfandiari emerged victorious from the field to become the all-time money leader in the history of tournament poker at the time.

Thanks largely to “Amarillo Slim” Preston’s national publicity tour, the 1973 edition of the World Series of Poker received an unprecedented amount of attention. Television cameras descended on Binion’s Horseshoe Casino to provide the first live coverage of the event, paving the way for the huge productions that poker fans have come to expect. 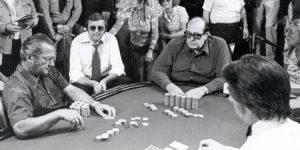 In 1976, Doyle Bunson took down the Main Event with

on a board of

. The “Texas Dolly” repeated the feat the following year when his “ten-deuce” connected with the flop, turn and river on a board of

to beat Gary Berland, who flopped two-pair with

This incredible sequence of events put Brunson on the path to becoming the living legend he is today and ensured that 10-2 would forever be associated with the Poker Hall of Famer. 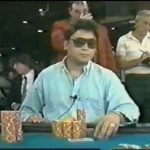 Chan had won the Main Event in 1987 and was looking to go back-to-back. Erik Seidel, a future Poker Hall of Famer, was a relative newcomer to the WSOP and looking to stop him.

In what would be the final hand of the tournament, Chan flopped a queen-high straight against Seidel’s top pair. Seidel raised Chan’s flop bet, which Chan only called, setting up the trap. Both players checked the blank turn.  Another blank fell on the river, and Chan checked to the aggressor, Seidel, who fell for the trap and moved all in.

“Will Erik Seidel fall for the bait?” the announcer asked. “Yes, he’s going all in, and Chan has him. Johnny Chan, the master.” 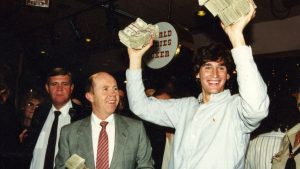 At the 1989 Main Event, all eyes were on reigning champion Johnny Chan. Everyone expected the “Orient Express” to cruise to his third consecutive victory. At the final table, the only player that stood in his way was the young, brash “Poker Brat” from Madison, Wisconsin – Phil Hellmuth Jr.

In the final hand of the tournament, Chan moved all-in holding the A♠7♠ and was up against Hellmuth’s 9♠9♣. The K♣K♦10♥ flop gave Chan some counterfeit outs, but neither the Q♠ turn nor 6♠ river helped Chan, and Hellmuth’s nines stood tall. 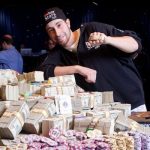 In 2010, Jonathan Duhamel became the first Canadian to win the WSOP Main Event. Duhamel overcame a huge field of 7,319 entrants in what was the second-largest WSOP Main Event in history (at the time).

Duhamel collected a whopping $8,944,310 in prize money. He was also presented with the widely-cherished and universally-revered gold and diamond-encrusted gold bracelet, representing the game’s highest achievement. 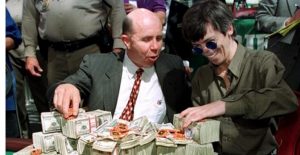 In 1997, Stu Ungar made poker history by winning the WSOP Main Event for the third time. It was one of poker’s most historic comebacks after he went back-to-back in 1980 and 1981.

A two-time WSOP Champion by the age of 25, Stuey “The Kid” Ungar was written off by the poker community after falling on hard times due to his addiction issues, but in 1997 “The Kid” added a third World Series of Poker Main Event title to his resume (his tenth win in the 30 $10,000 poker tournaments he entered in his lifetime) and in the process was given a new moniker, “The Comeback Kid.”

The WSOP Main Event has had lots of memorable moments over the years, creating household names and many millionaires in the process. But there is one moment that stands apart from the others. Thanks to its huge impact, lasting legacy and story book nature, out top moment in WSOP history is…

The 2003 edition of the WSOP ushered in a new era in poker. The Main Event received unprecedented levels of coverage on major networks, while the introduction of the hole-card camera changed the way people watched the game. And a previously-unknown online qualifier with an unforgettable name took down the biggest prize in the game and inspired a generation of poker fans. 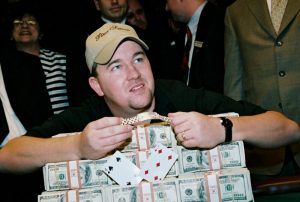 In retrospect, the confluence of events that took shape at the 2003 World Series of Poker is almost unbelievable. Not only did a 27-year-old everyman beat the stereotypical card shark Sammy Farha heads-up to win the title, but his name was also Moneymaker. Not only did the accountant from Tennessee win $2,500,000, but he did so after investing only $39 to play his way into the tournament through an online satellite.

Chris Moneymaker topped a field of 839 entrants in the Main Event that year at Binion’s Horseshoe in downtown Las Vegas. Since then, attendance at the Main Event has increased exponentially, tripling in 2004 and increasing by a factor of ten by 2006.

Just four years later, thousands of players qualified through online poker sites for the 2006 main event, which Jamie Gold – another surprisingly fitting name for a poker champion – went on to win to the tune of $12,000,000. There is no doubt that Moneymaker’s win sparked the poker boom of the early 2000s, infusing the game with new participants and fans who were inspired to believe that they could also do what Moneymaker had done.

The history of the WSOP is deep and rich, full of colourful personalities and memorable moments. And it continues to be written to this day, thanks to the ongoing success of WSOP and WSOP-C events. The next chapter begins on August 18, when the WSOP-C Playground kicks off. Running until September 2, there are seven exciting events with huge prize pool guarantees. With WSOP rings for each event champion, this event is sure to bring out huge fields of players and create many lasting memories in the process.