It was a dark and stormy night. But this Halloween did not bring spooks or chills, it delivered the treat every player hopes for: the Bad Beat Jackpot.

Table 39 was playing eight-handed 2/2 PLO, when the action was opened to $10 from early position. The raise picked up four callers, and the five players each checked on the

flop. The turn brought the

and another line check. The river was the

, and there would be no more checking. Peng Peng, the first to act, led at the pot with a bet of $50. Peng’s bet picked up a call before the action got to Chrishan Sivasundaram, who raised to $200. When the action got back to Peng, he quickly moved all in, which chased the initial caller out of the hand, before Sivasundaram made the snap call and triumphantly tabled his hand. He showed

, for flopped straight flush. Peng could hardly believe his eyes. Peng slowly peeled back his cards to reveal

; he did indeed turn quads and lost!

Peng will take the largest share of the $42,983 jackpot, third BBJ during the WPT Montreal. His bad beat was well worth losing his stack over because he will pocket $21,491. Sivasundaram will get $10,746 for his winning hand, while all the other players at the table will receive $1,791 for being in the right place at the right time. Congratulations to all! 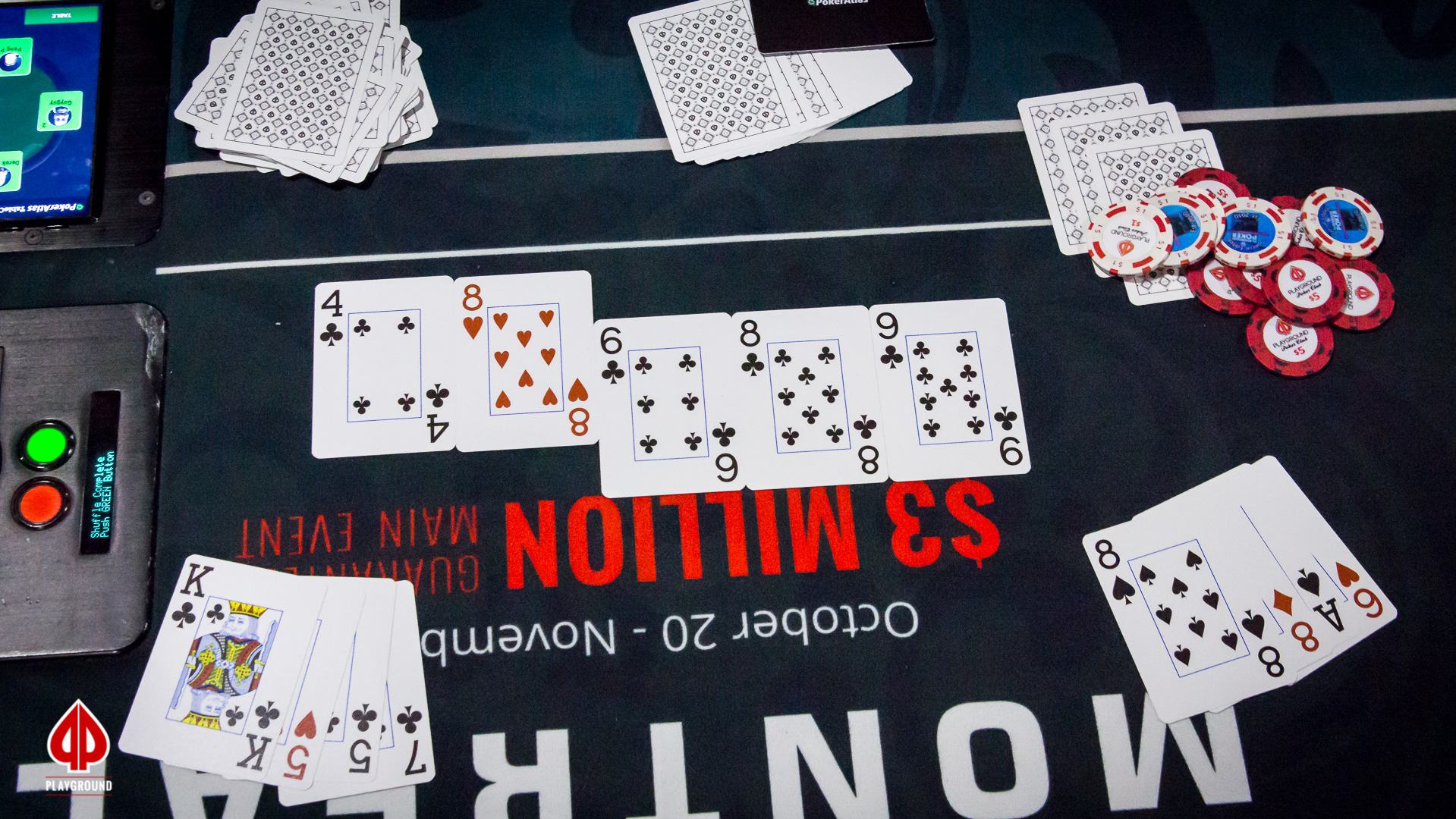