Just three days after a quad-over-quad BBJ hit, another group of players got their own BBJ experience! This one arose after a heads-up pre-flop showdown, as both players involved – two long-time Playground regulars – were holding some serious hole cards.

Just fifteen minutes after the table opened, the special hand started. Eric raised the pot to $10. The button made it $30 to go, and after Roland called from the small blind position, Eric shoved his whole stack. The player who placed the $30 3-bet reluctantly got out of the way, and Roland called for an effective $78.

The flop was very promising, missing only one card to unlock the Bad Beat Jackpot. That card appeared right away, allowing celebrations before the board was completed.

Congratulations to all winners! 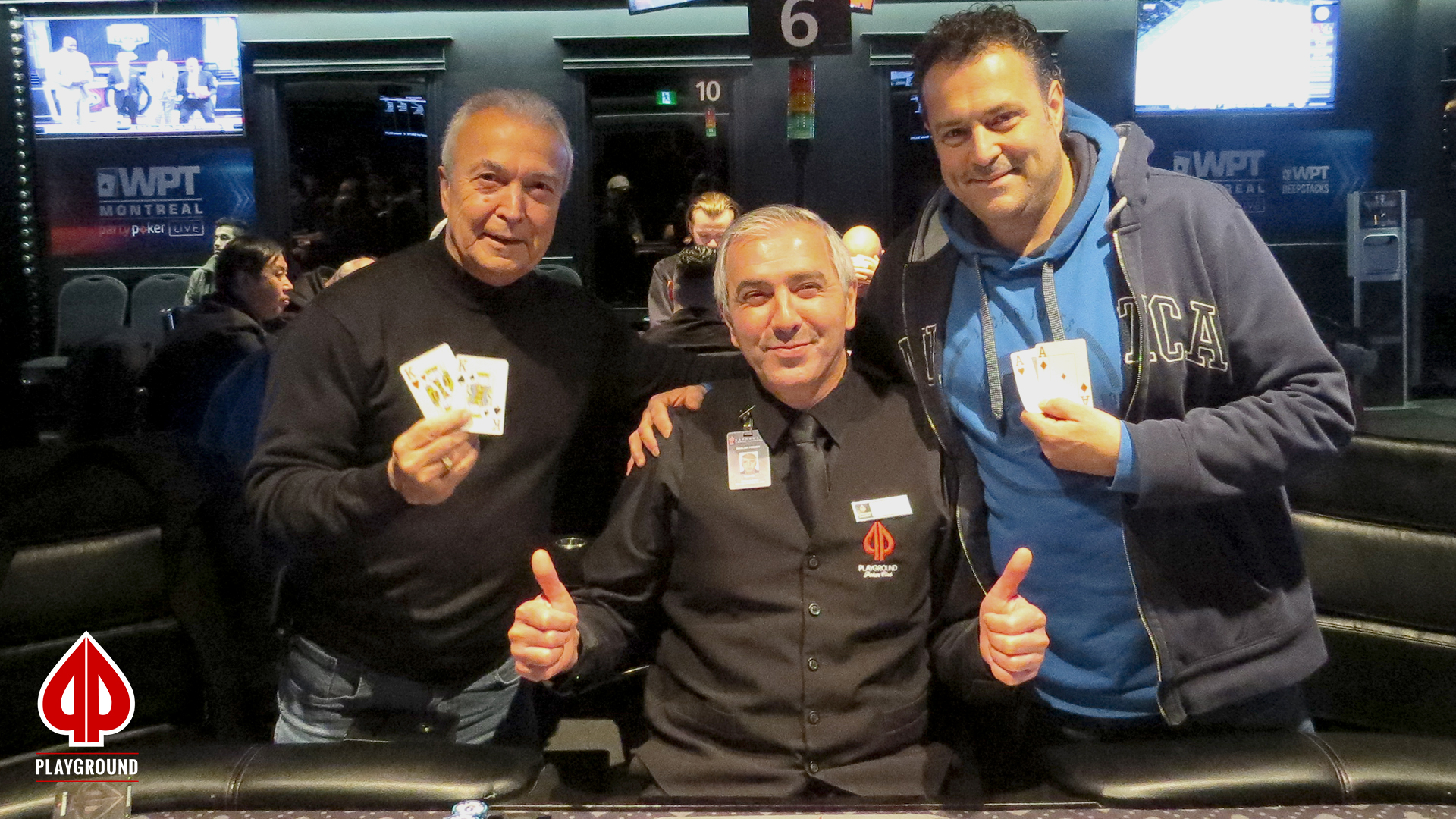 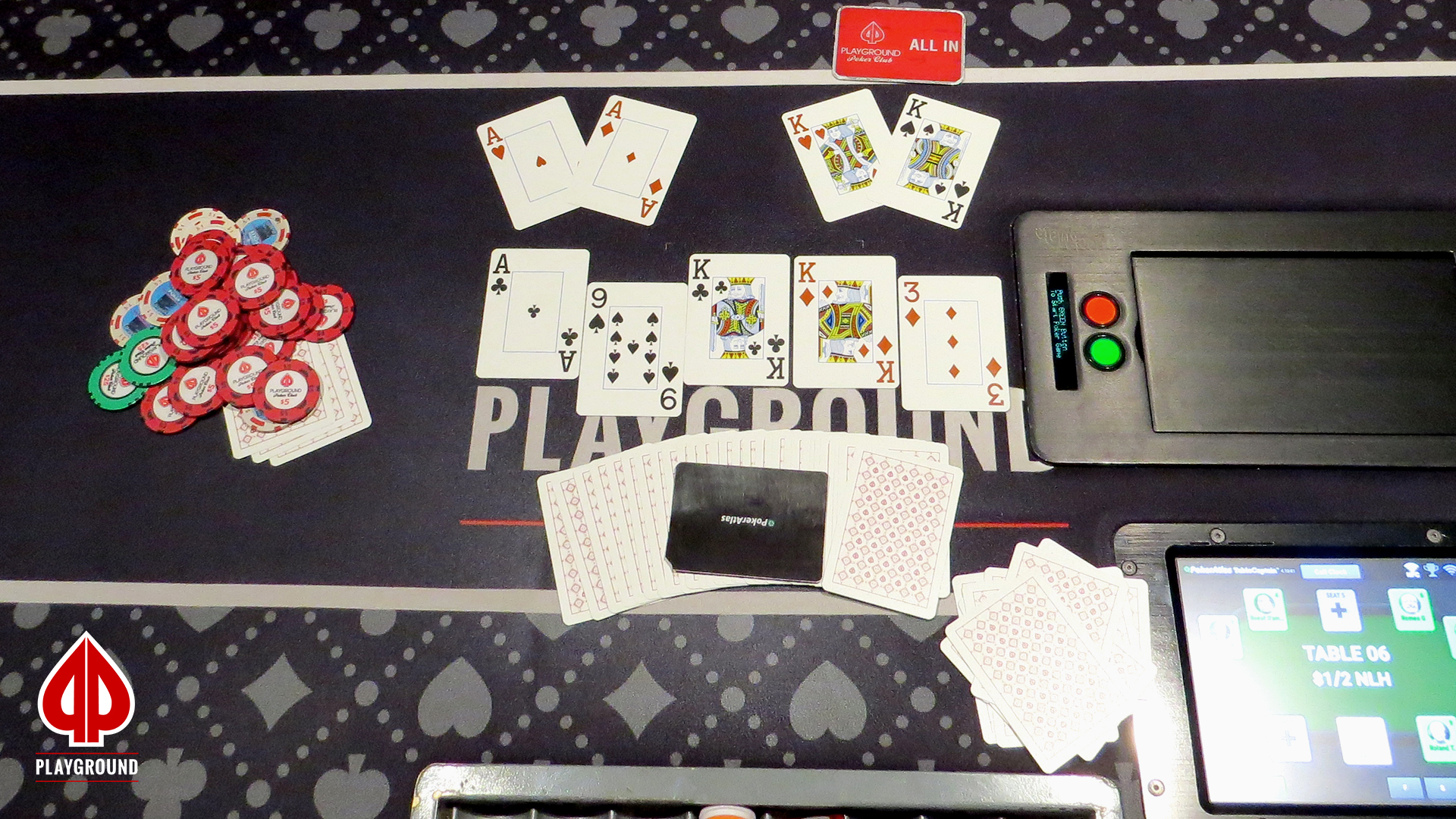 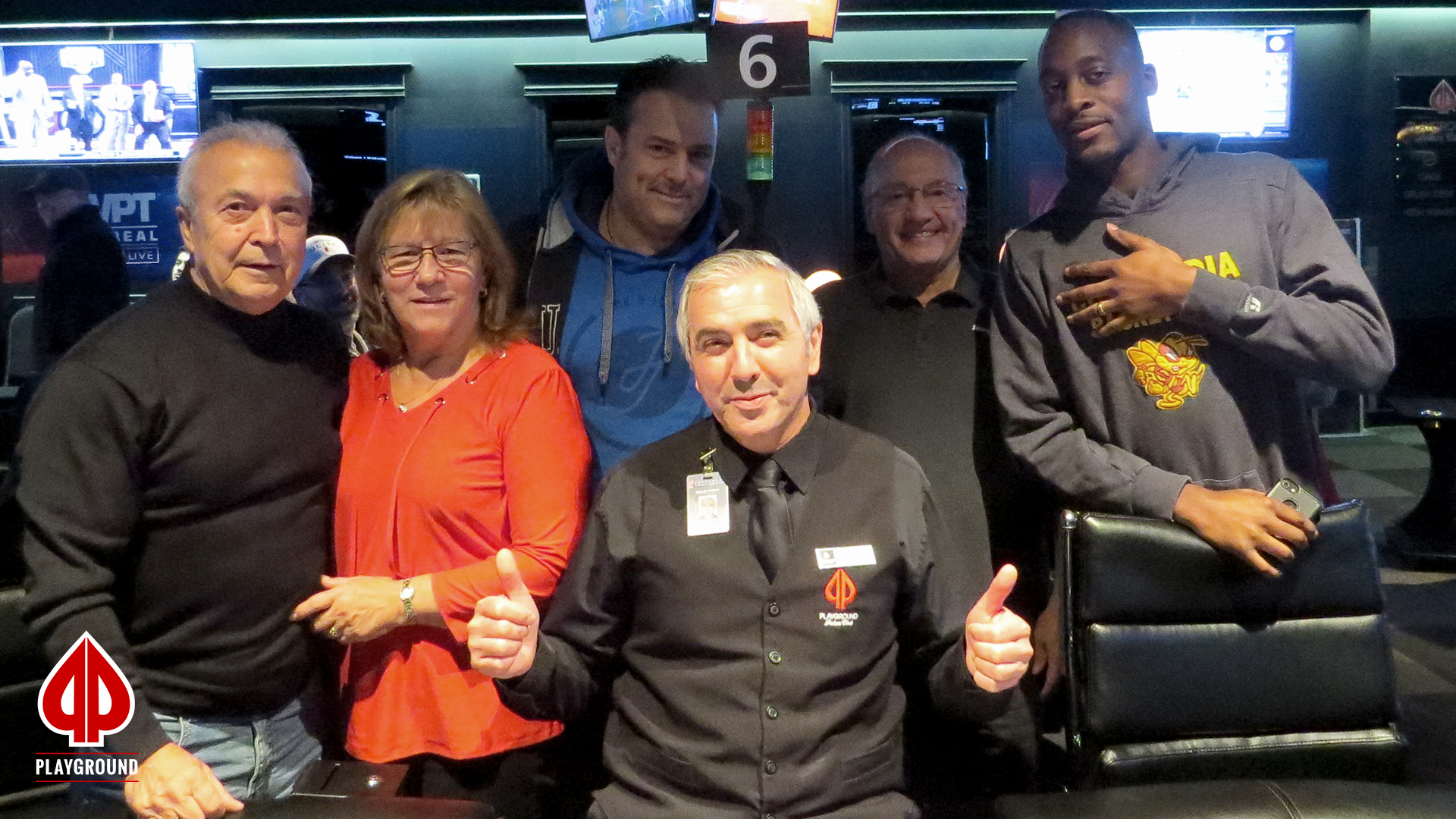