Last night at 11:48PM, our Bad Beat Jackpot Omaha was hit! The Jackpot had grown to a nice $69,999, more than enough to have a significant impact on the evening of all players on the $2/$2 PLO table where it happened.

The event took place on table 15, in the cashier section where most PLO games are played. Eight players were going at it straddle style, and this hand was no exception. The $5 straddle was called once before Danielle made it $20 to go. Nathaly was the first to call, and four other players did the same, creating a juicy pot of $120.

Five players checked, but Nathaly couldn’t give the crowd a free card. She threw in a modest $30 bet, and the action was folded around to Danielle who made the call.

Both ladies checked, seemingly projecting weakness, but the observers were still hoping. The

completed the board, and the time for checks was over. Danielle took the lead with a $155 bet, and Nathaly announced all-in. A fraction of a second later, the call was made, all the cards were face up on the table, Nathaly was jumping up and down, and everyone joined her in this moment of pure late-night joy.

Yes. Quad over quad made the day. After staff gratuity was withheld, $66,182 was divided among the 8-handed BBJ table, and the other two 7-handed PLO games that were running at the time. Nathaly took $26,472, and Danielle took $13,236, along with Nathaly’s stack who handed it over with great pleasure. The other six players on table 15 made $2,206 each, and the 14 other PLO players on site at the moment were more than happy to cash $945.

Another great celebratory moment at Playground. Congratulations to our friend Shrimp, and to all other players involved! 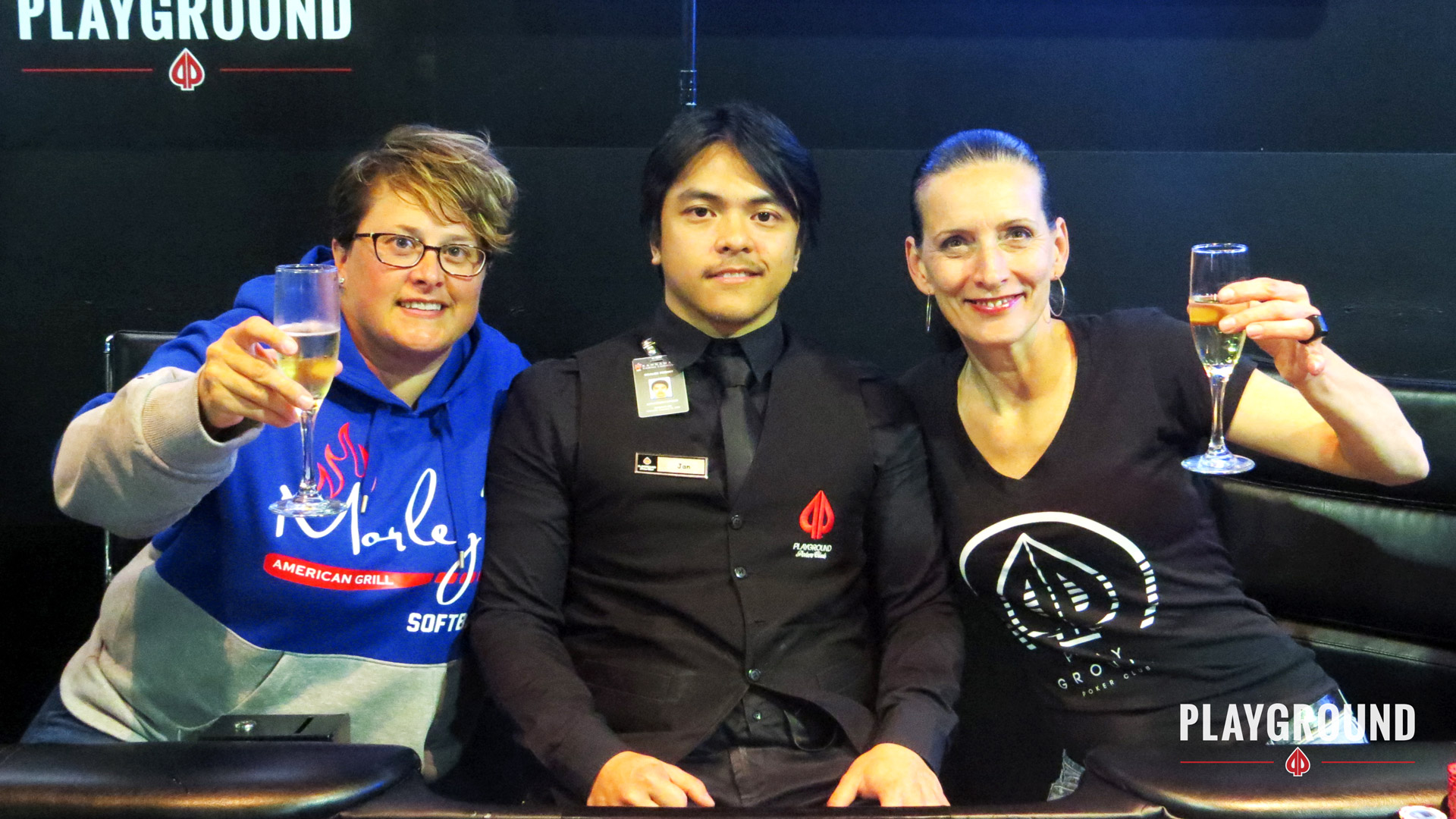 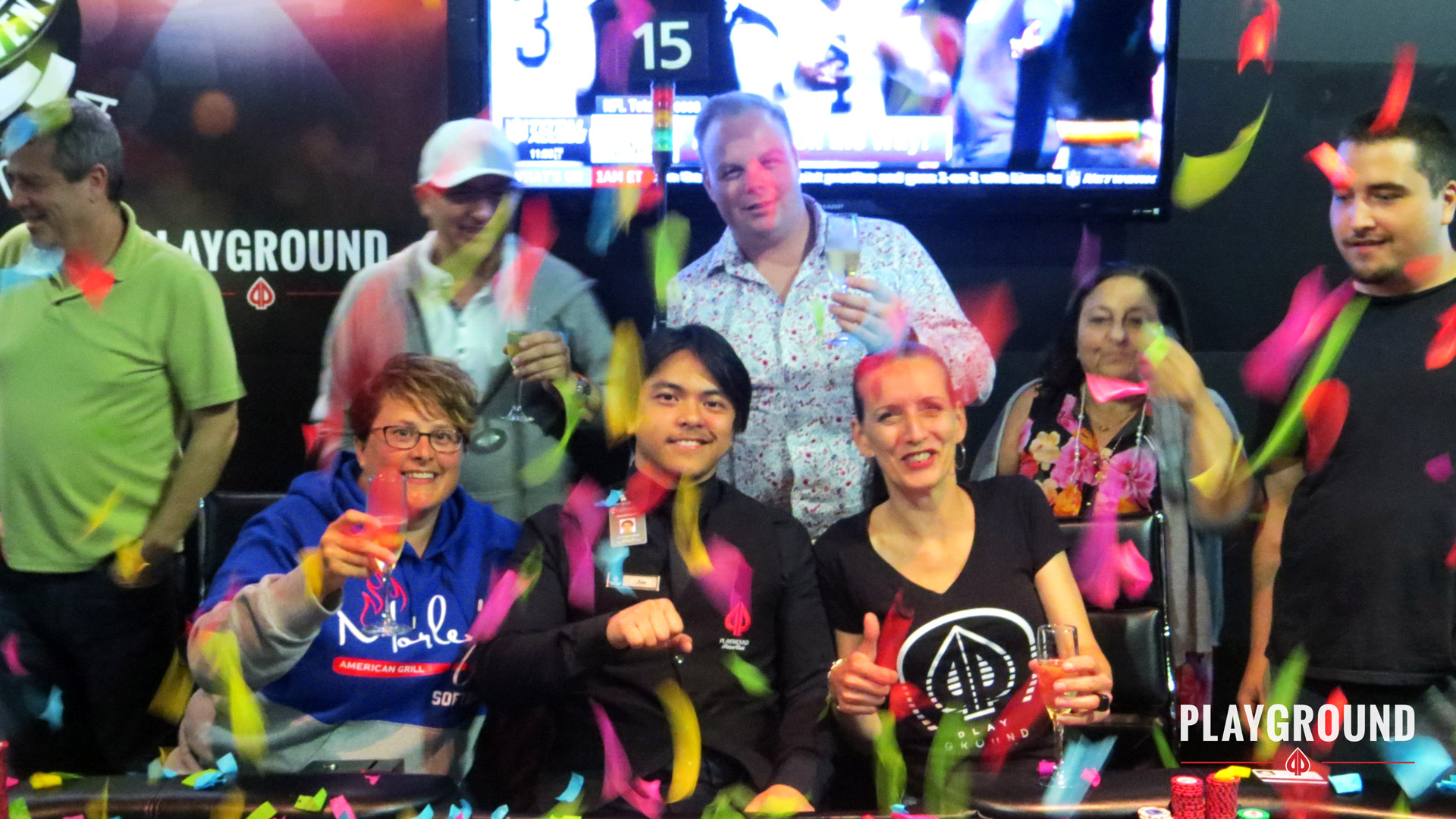 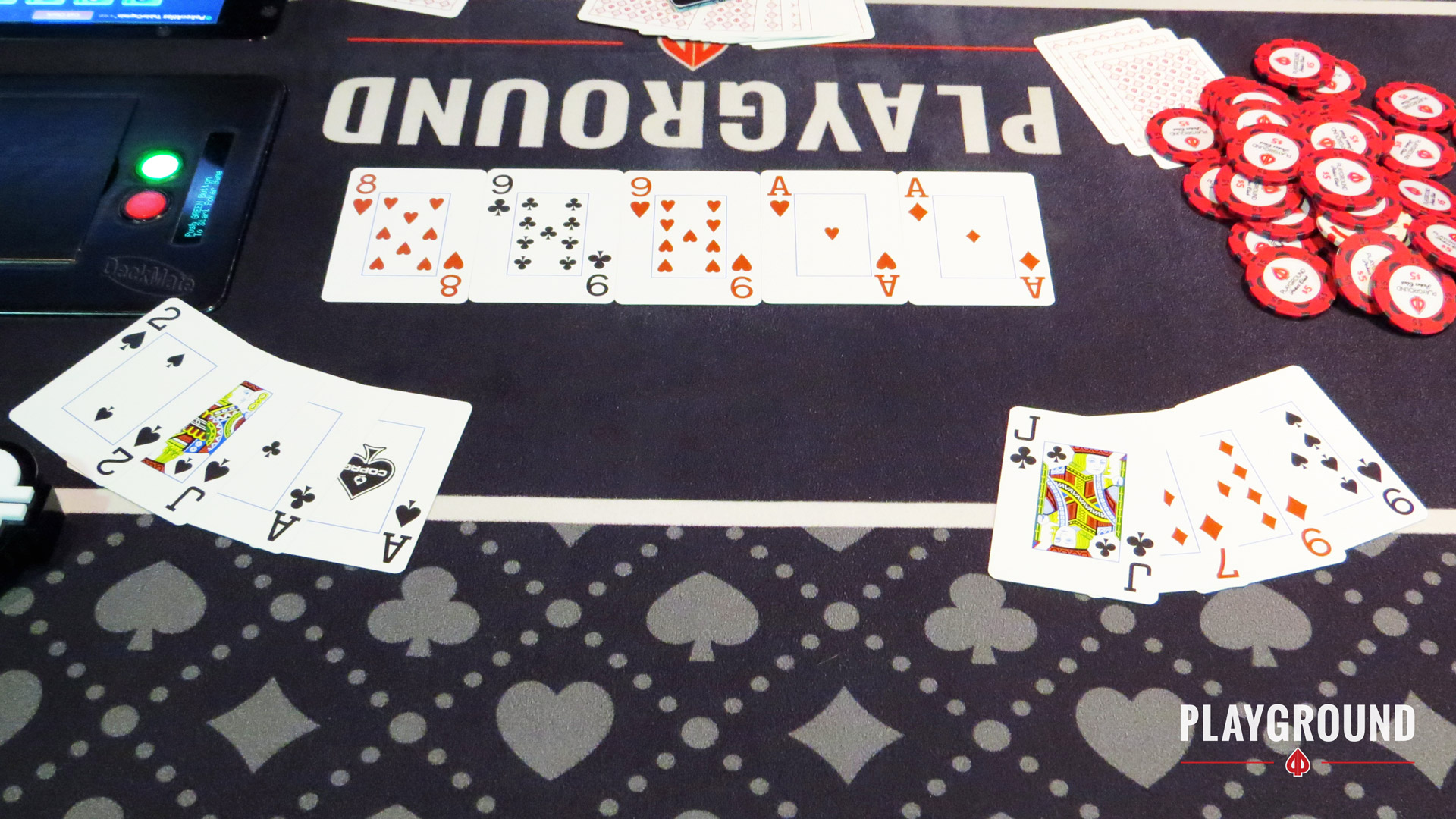