The Omaha Bad Beat Jackpot was hit! Saturday night, eight lucky players shared $54,040. Let’s have a look at the breakdown.

The $2/$2 Pot Limit Omaha game was held on table 15, and these events happened just after midnight. After three calls were made, the player on the button raised it to $10. Both blinds and all 3 limpers jumped in, creating a nice healthy pot of $60. All six participants checked the flop.

Board on the turn:

Three checks were announced, followed by a $25 bet, which was called by two spots only – THE two spots. The river came the

An all-in and a call ensued. Here the whole cards: 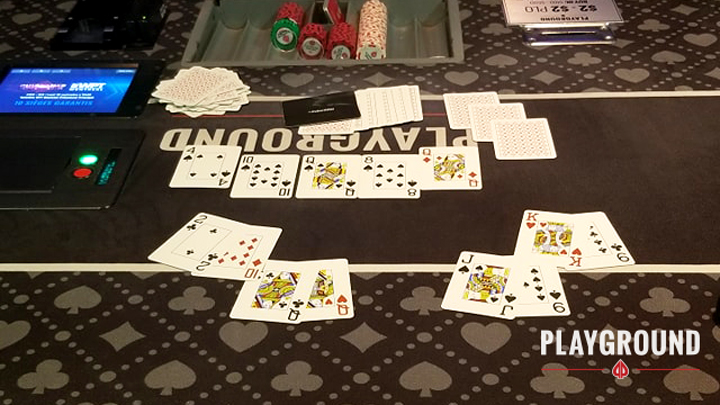