The heads up match between Charan Malhotra and Nicholas Soller lasted three levels.  The chips were exchanging hands every now and then, but mostly, both players were waiting for a decent hand.

Charan started with a sizable lead on Nicholas, who only had 900,000 of the total 3,575,000 chips in play.  Mid-way through the two-man contest, Nicholas doubled-up and Charan was badly hurt.  The two experienced players played back and forth for a while, never doing much harm to each other, and seemed to be quite content to play on, even after 10 hours of play.

Tournament structure in the late stages has an uncanny ability to put an end to the festivities: the blinds go up.  It is universal truth that all good things must come to an end; and heads-up matches are no exception.  Things started to get a little less comfortable when the blinds hit the 60K / 120K level.  With less than 30 bb’s on the table; there wasn’t much room to maneuver.

and that’s when Nicholas saw the opportunity to end it all, without too much of a risk, considering Charan’s stack.  He called and tabled:

.  From the flop to the river, nothing went well for Charan:

and Nicholas scooped all the chips with a pair of queens.

That’s a wrap for the March Playground Power Weekend! 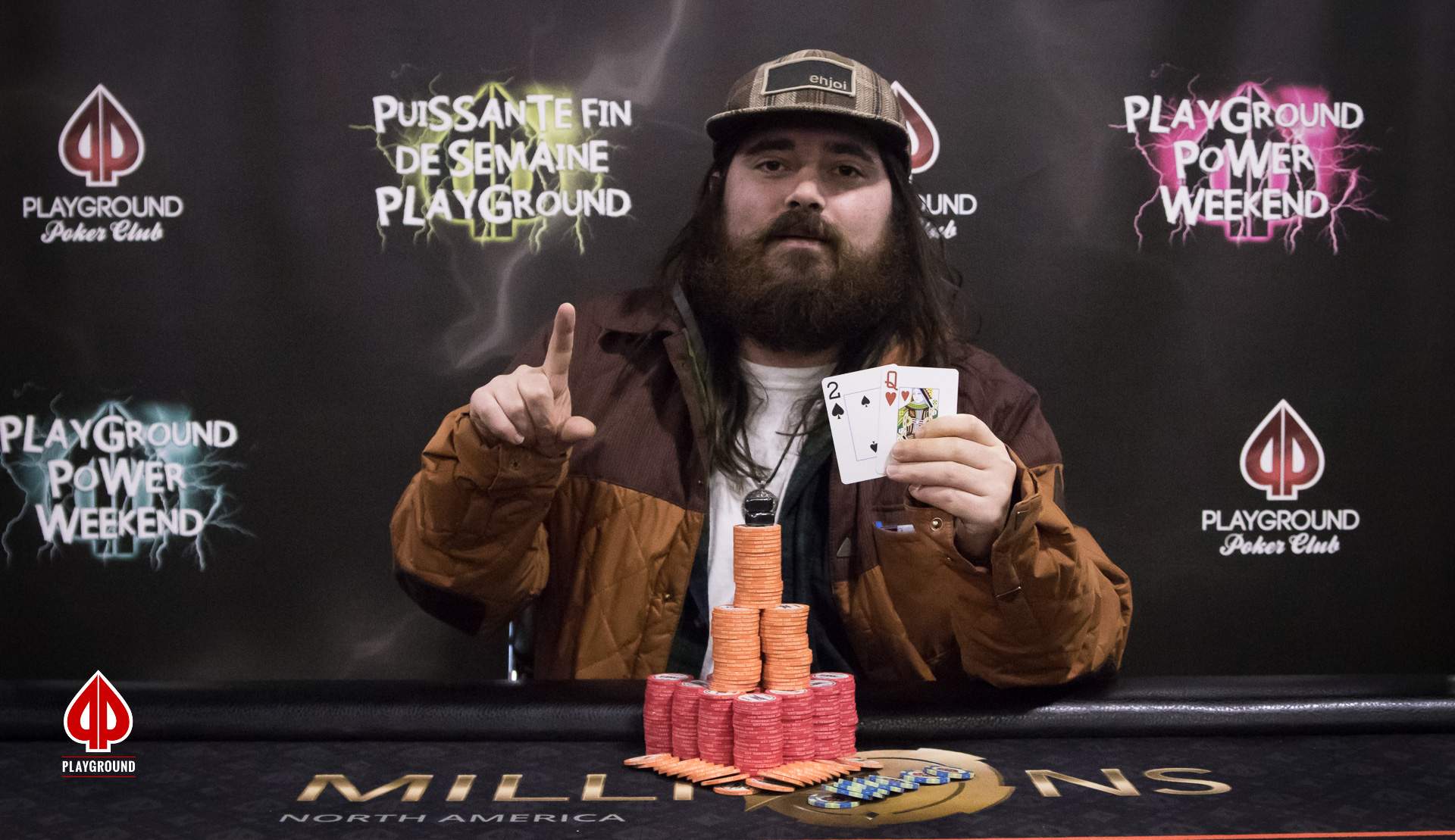 The Last Hand of Play 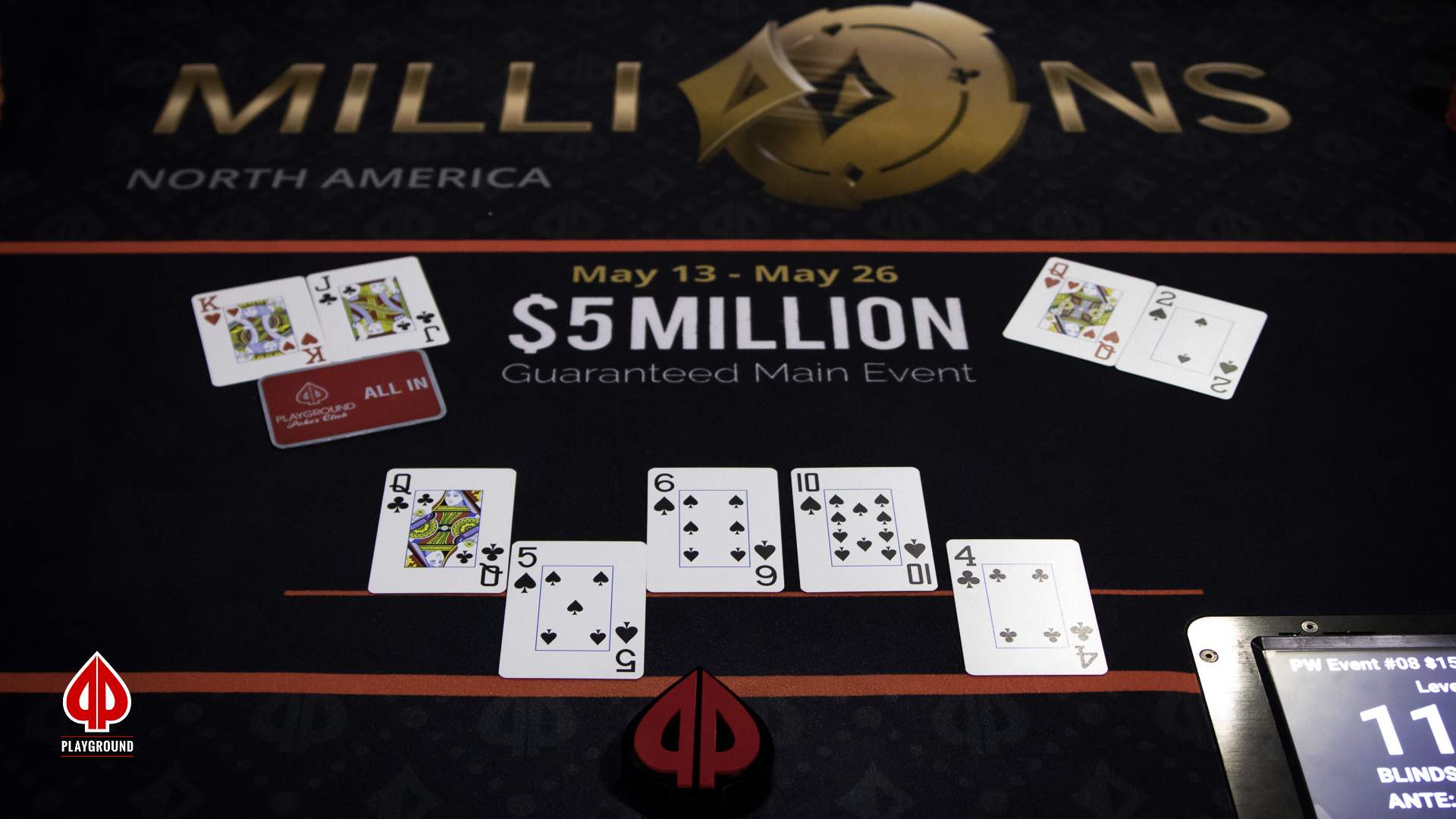 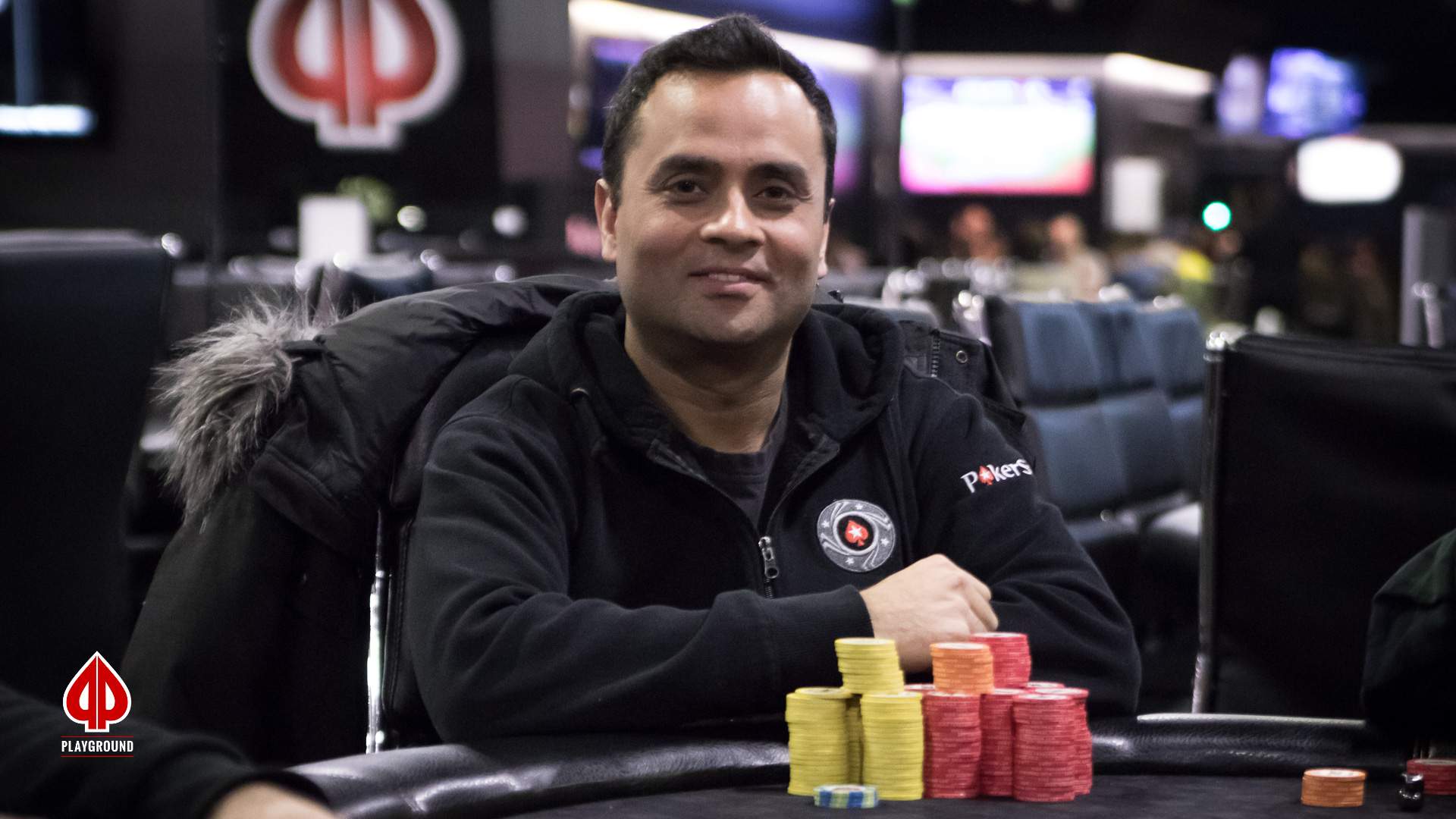