Event #2, the $300 + $30 Freeze, was the first single-day event of the WPT Montreal. There was a $30,000 guaranteed prize pool which ended up getting doubled with the 200 entries in tonight’s field. The top 25 places were paid, with a min-cash of $590 in 25th place, and $13,565 along with the champion’s trophy for the first place finisher. There was a lot of great talent in the field and the players enjoyed a great atmosphere along with some laughs along the journey.

Once play went three-handed, the players agreed to an ICM chop, and each of them locked up some hard-earned cash; the deal was as follows:

All three finalists agreed to the deal and play continued on. The players played down to a winner who would receive an additional $2,915.

Dsouza ended up busting in third place. Once play went heads-up between Christopher Chackal and Isaac Buswell, it didn’t take too long to reach the final hand of the tournament.  Chackal got it in with

and was called by Buswell with 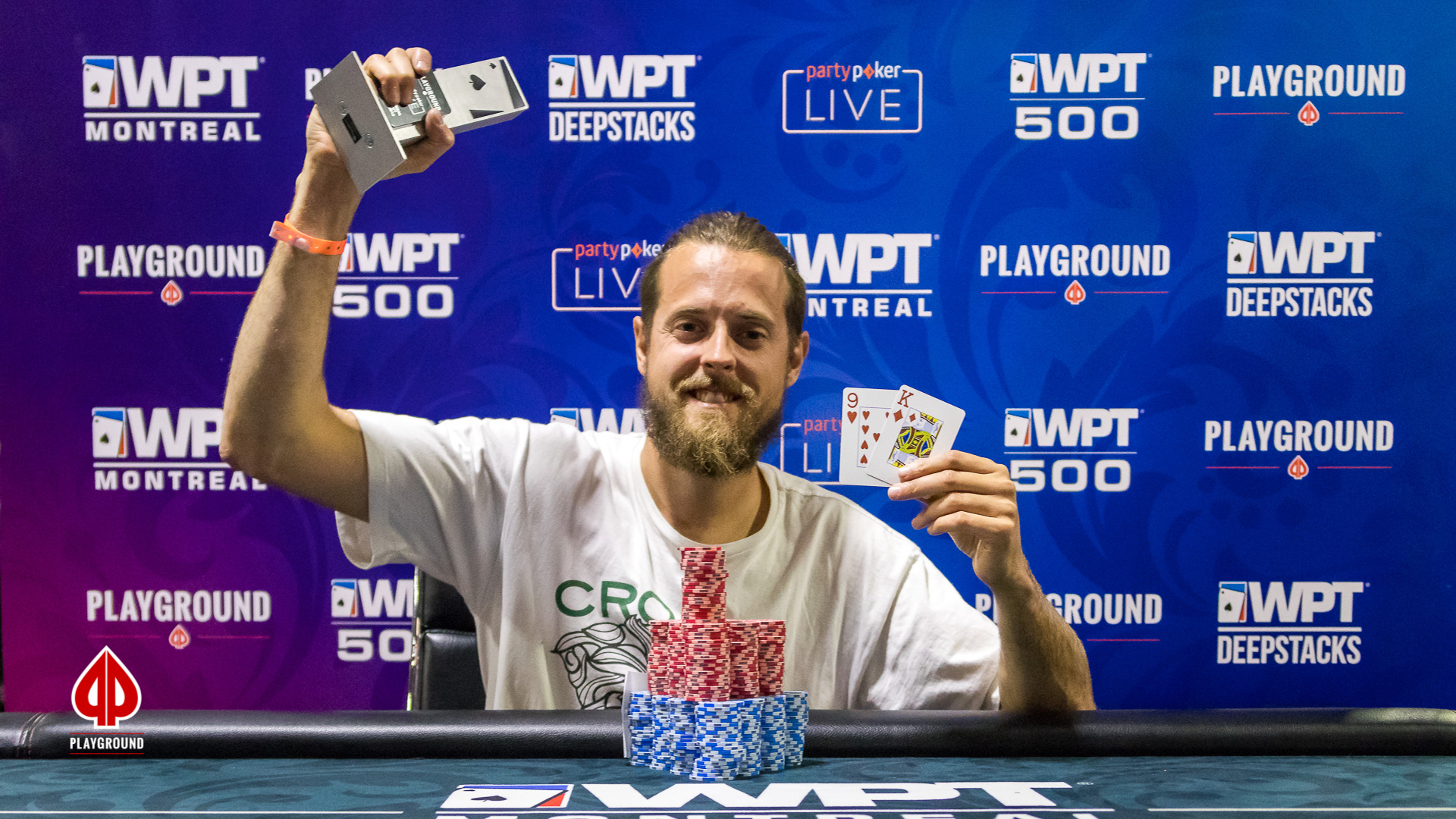 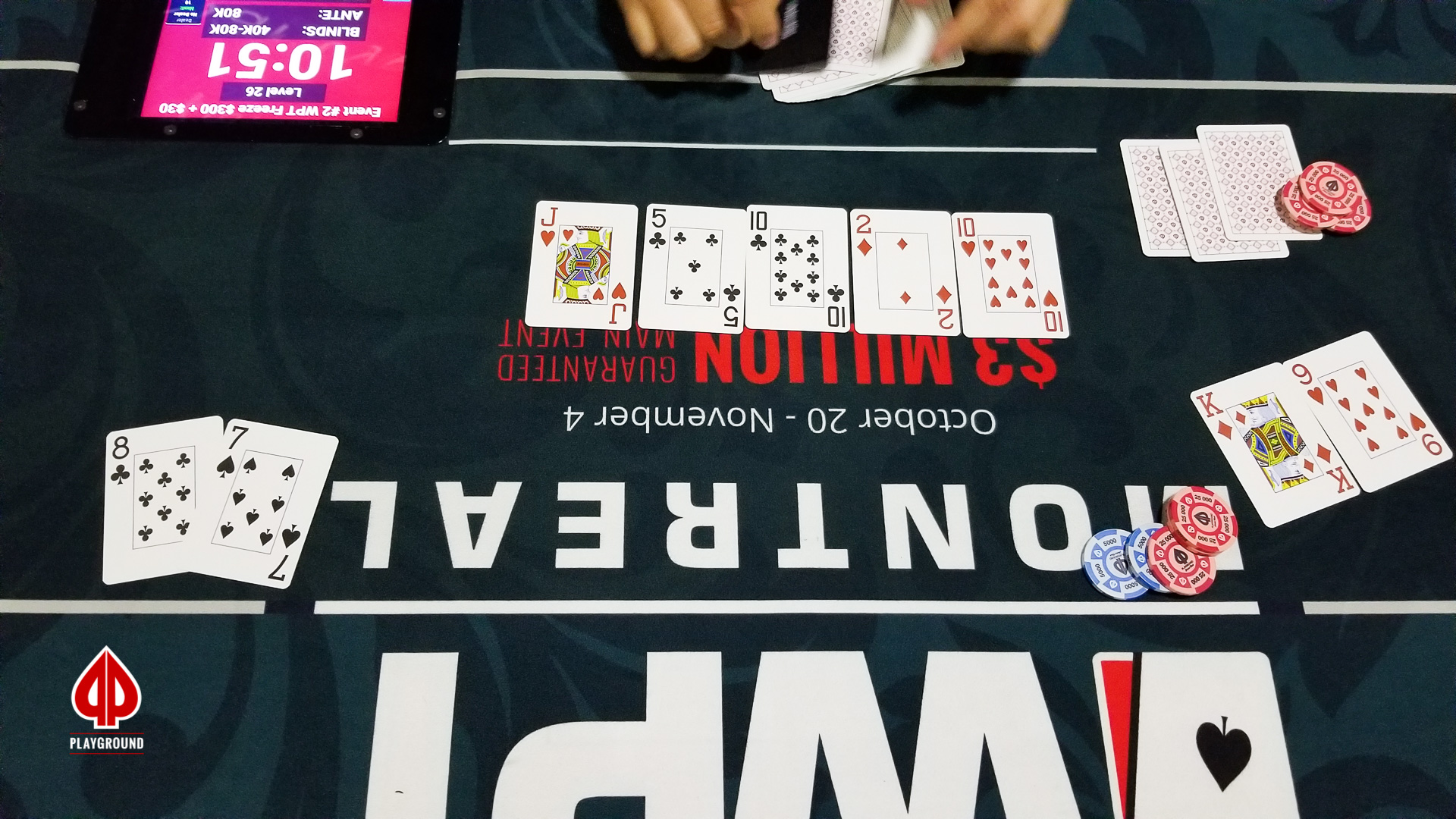 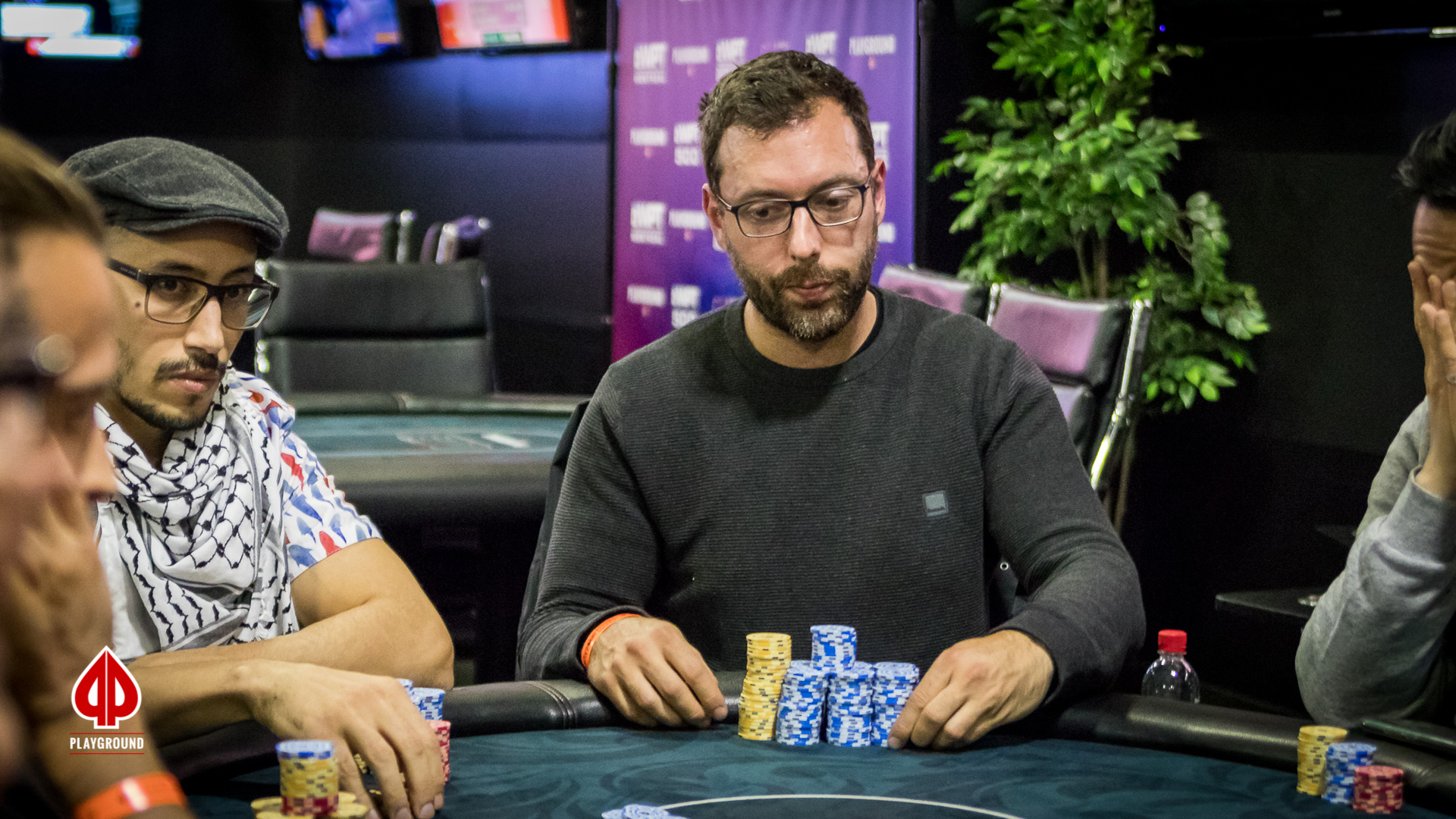 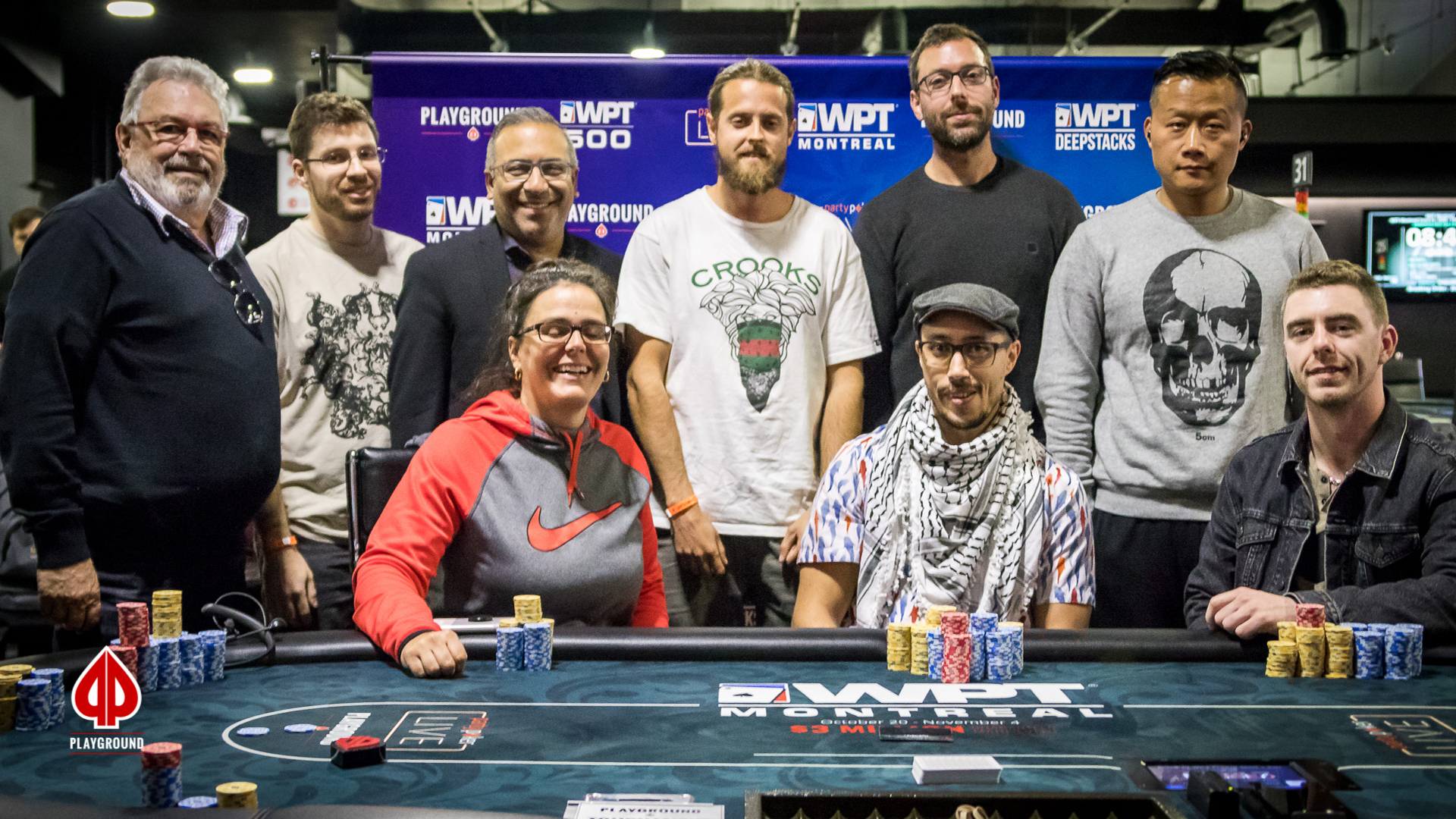 Jonathan Dsouza had a great evening of poker and was pretty much leading the entire field for most of the tournament. He knows how to play the game and the poker gods offered him some run good when he needed it. That worked out well for him, until play went three-handed.

and was called by Buswell holding

flop, and Dsouza really needed to hit a three to win the hand. He did pick up outs to a straight on the

turn, but there was no help for him on the

Dsouza went home with $8,540 for his evening of poker. A decent score for sure from his $330 investment. 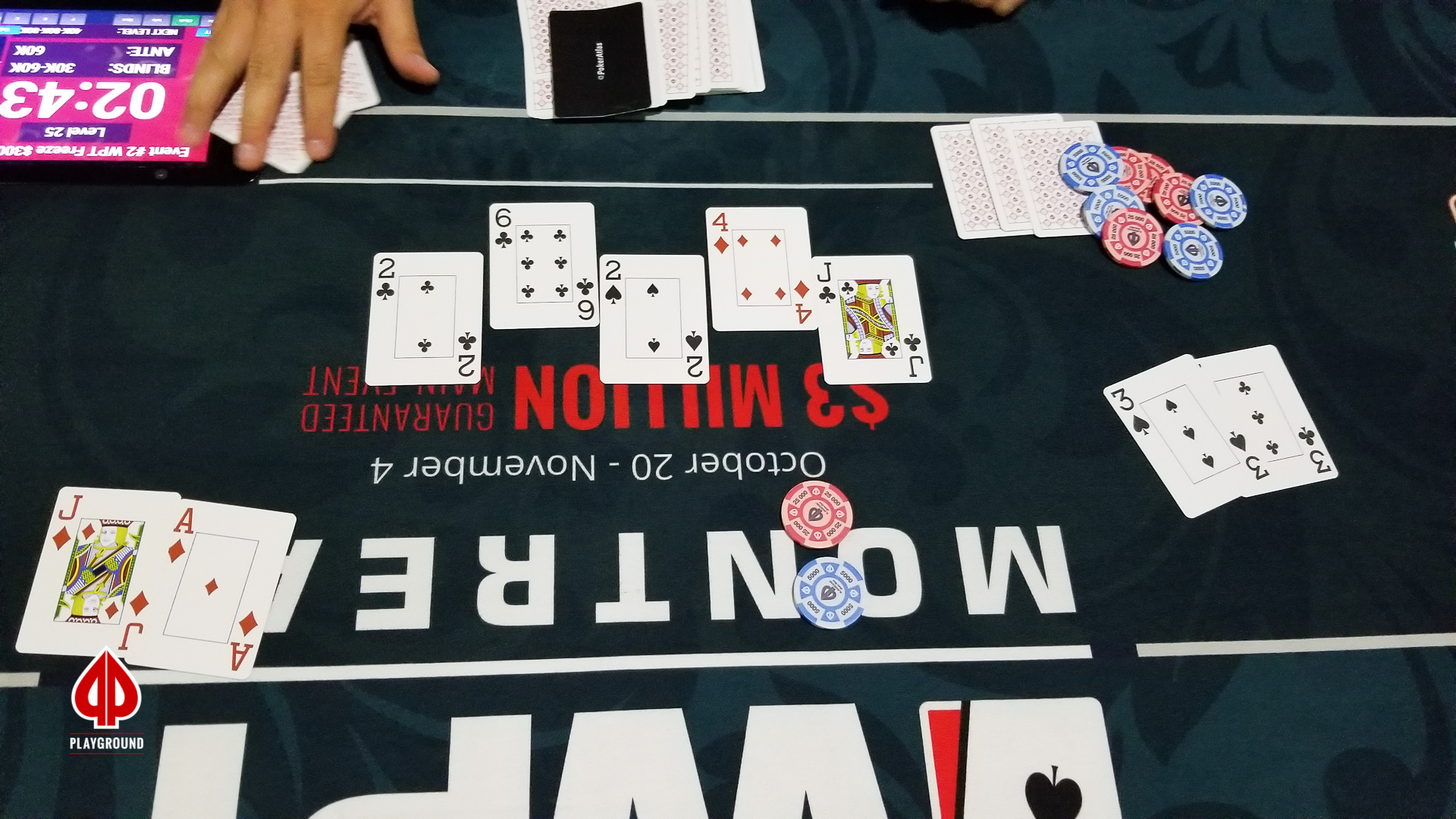 Once the play became three-handed, the clock was paused on the player’s request and the ICM numbers were worked out. The numbers were as follows:

In addition the above payouts, the players still play down to a winner who will receive an additional $2,915. All three players agreed to the deal and play continued on.

When it works, it works. In Isaac Buswell’s case, well, it really worked! He had the dominating stack and ended up getting involved with Robert Oullette and and Yassine El Faloudi and his timing was spot on.

and boom, Buswell flops a straight. The

river were just formalities and Buswell sends Oulette out in fifth place for $3,625 and El Faloudi out in fourth place for $4,840. 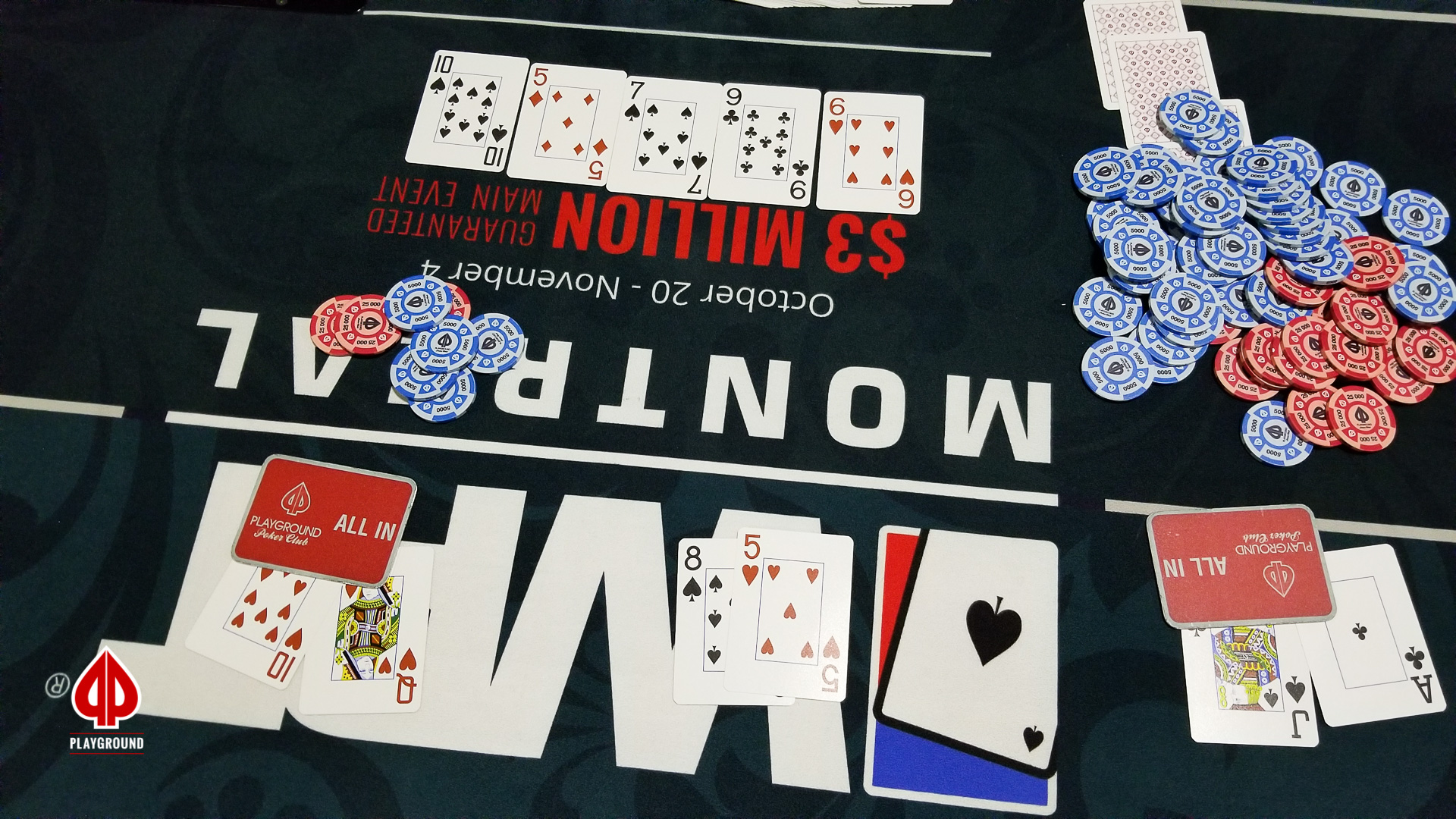 When the players returned from their break, Trevor Adams fell in seventh place for $2,145.

Following Adams, Rong Xu got it in with

and was called by Jonathan Dsouza holding

giving Xu an open-ended straight draw but the turn

were bricks and he went home in sixth place with $2,765 extra in his pockets. 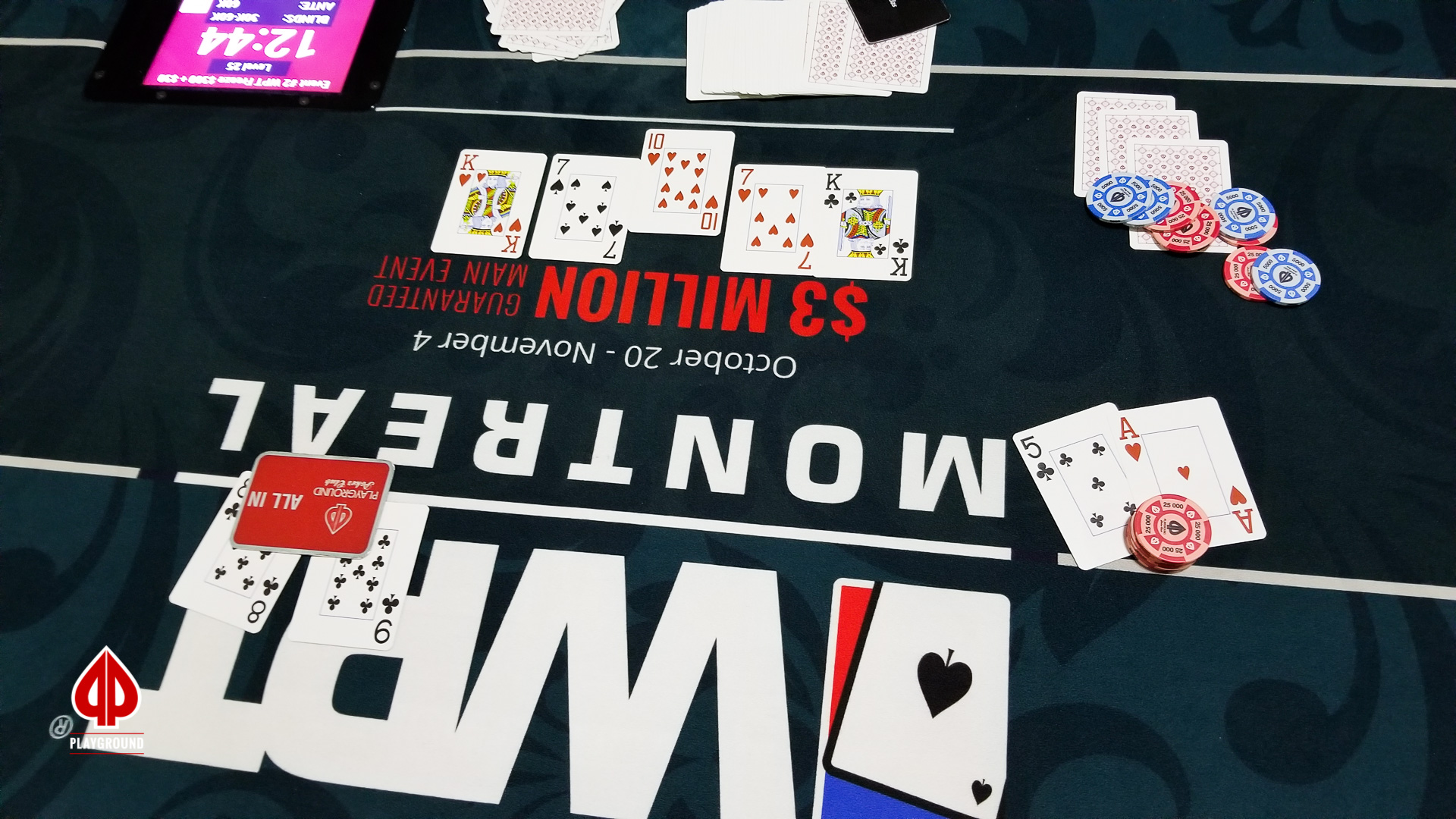 Here are the chip counts from the fourth break: 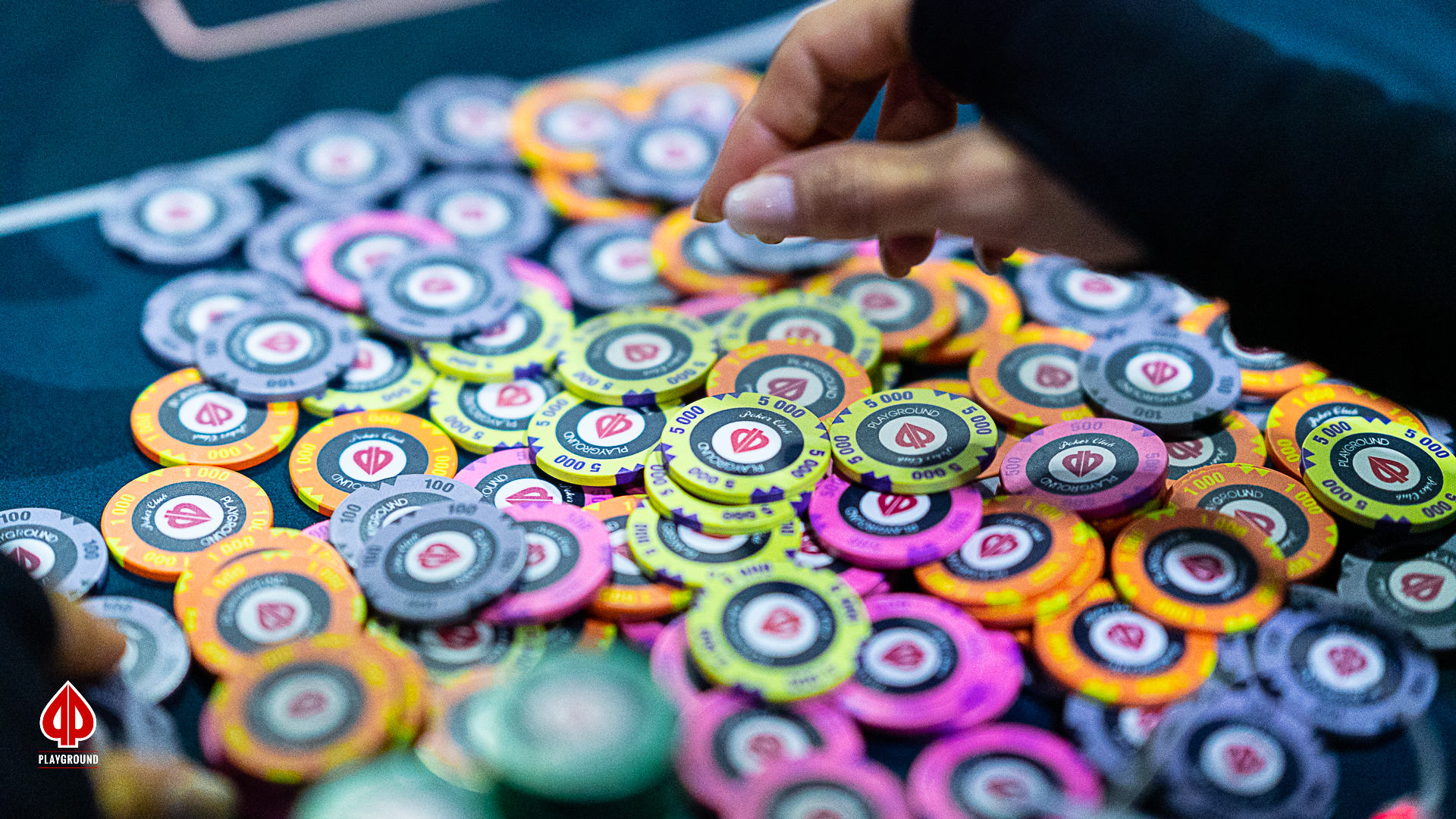 Elaine Rawn played a great game and was cautious on the final table, making sure to pick her spots wisely.

Dsouza has been running good all through the tournament and it continued for him on this hand. The flop came

which didn’t help him out, however on the turn the dealer put out the

, making a pair for Dsouza. The river was the

Rawn left in eighth place, collecting $1,690 for her day of poker.

Just after the final table started, Vladimir Georgescu-Mangiurea exited in ninth place for $1,355.

The nine-handed final table has just begun. The final nine players are:

The eliminations since the last post were as follows:

Once the bubble had burst the short stacks started to bustout quite rapidly. The new chip leader is Isaac Buswell with 950,000. Jonathan Dsouza is right behind him sitting on 828,000.

The following players have been eliminated in the money:

Gaofeng Zheng was getting short and when he looked down at an ace he decided to shove his stack, hoping for either a fold or a double-up. Isaac Buswell also had an ace and a huge stack of chips so he made the call.

Zheng was ahead until the dealer fanned out the

was of no help to Zheng who unfortunately exited the room just shy of the money.

There will be another break coming up which will allow us to put together a new leaderboard with updated chip counts.

Play has been hand-for-hand for the last 20 minutes as the tournament is on the stone cold bubble. There have been a few different all ins with a call but so far no eliminations have taken place.

A big hand just took place between Trevor Adams and Jennifer Hargreaves. On a

and action went check-check. The dealer put out the

on the river and Adams announced that he was all in. It took some time before Hargreaves finally decided to fold her hand. Hargreaves still has a healthy stack but the hand did not go the way that she had hoped for.