Play was action packed all night long and throughout the room you could hear the dealers on the different tables continuously announcing “all in.”

When play was down to just three tables, there was literally an all in every hand along with an elimination. All of the sudden, before you could blink an eye, the seven handed final table was formed.

Upon reaching the final table, the players requested the ICM chop numbers. After watching how fast the last 10 eliminations took place, the players figured that it might be in their best interest to chop. Once the players received the ICM payout numbers, they quickly agreed to the chop. Due to exceptional circumstances, the tournament director allowed this event to “chop and stop.”

Here are the final table payouts according to the ICM calculator and each of the player’s chip stacks:

Eddie Daldalian, the longtime tournament chip leader, controlled the largest stack in play at the time of the deal to become the 6-Max Bounty champion. Congratulations! 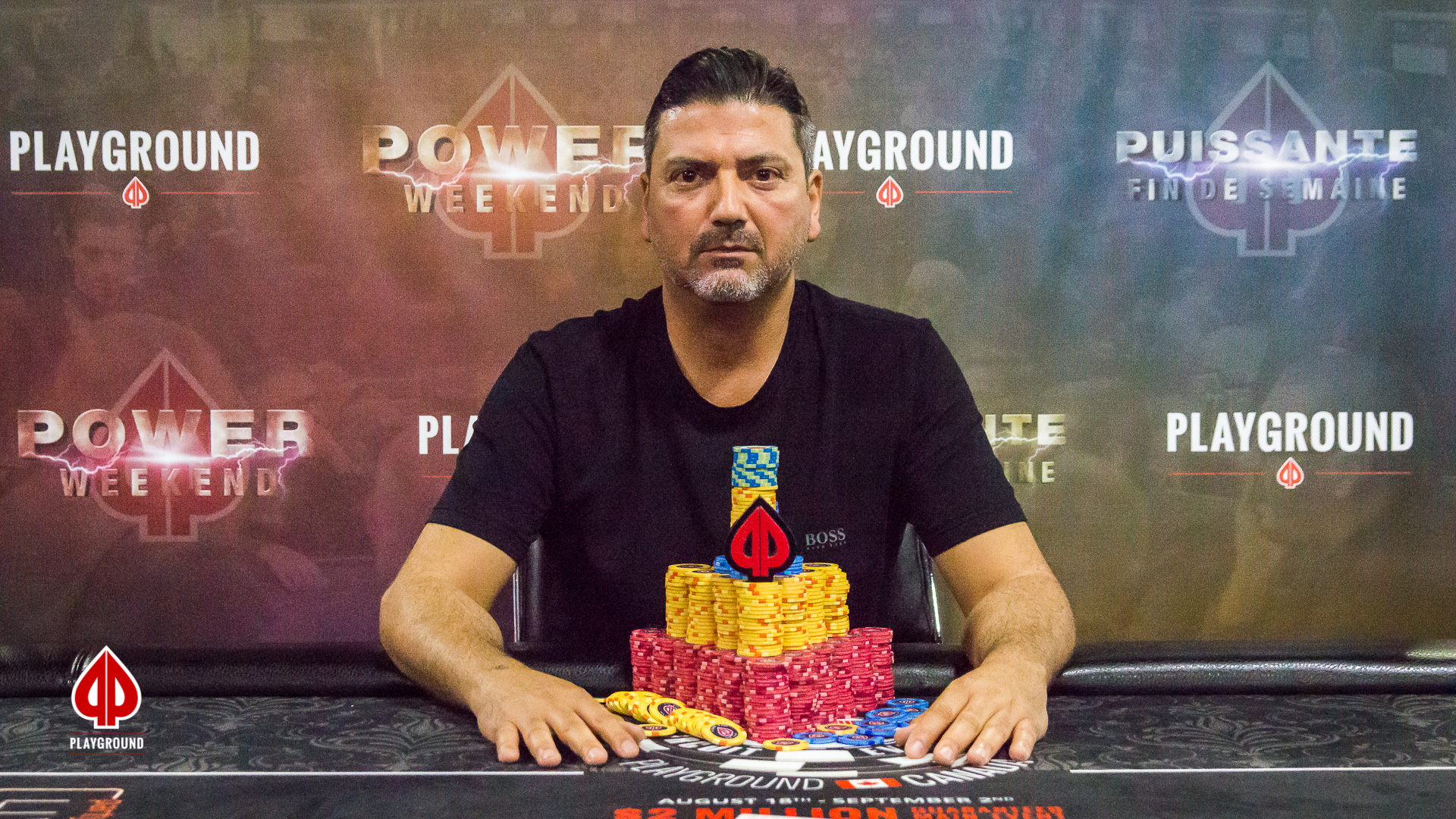 The players just returned from another break and the new chip leader is Dany Madri. Here is the newest leaderboard:

Play went hand-for-hand once the field dropped to 23 players as the top 22 players would be in the money. A hand played out between Frankel Sylvestre and Marc Lemire that seemed like it might be the one that takes the field into the money. With the blinds previously at 8,000/16,000, the board showed

and Sylvestre checked. Lemire put in a bet of 27,000 and Sylvestre went deep into the tank. He then asked Lemire to see how much he had left behind. Lemire had another 45,000 after having put in his bet. It seemed to take minutes before Sylvestre decided to fold. Lemire looked at him and said “good fold” and then he decided to show his hand. He opened the

, showing that he hit his ace on the flop and then ended up going runner-runner for a full house. It was obviously the right fold by Sylvestre.

A player on another table then asked the others if they would take $10 off of each payout to pay the bubble, and, allow the tournament to get back into gear. Everyone agreed and all of the sudden, the remaining players were all in the money. 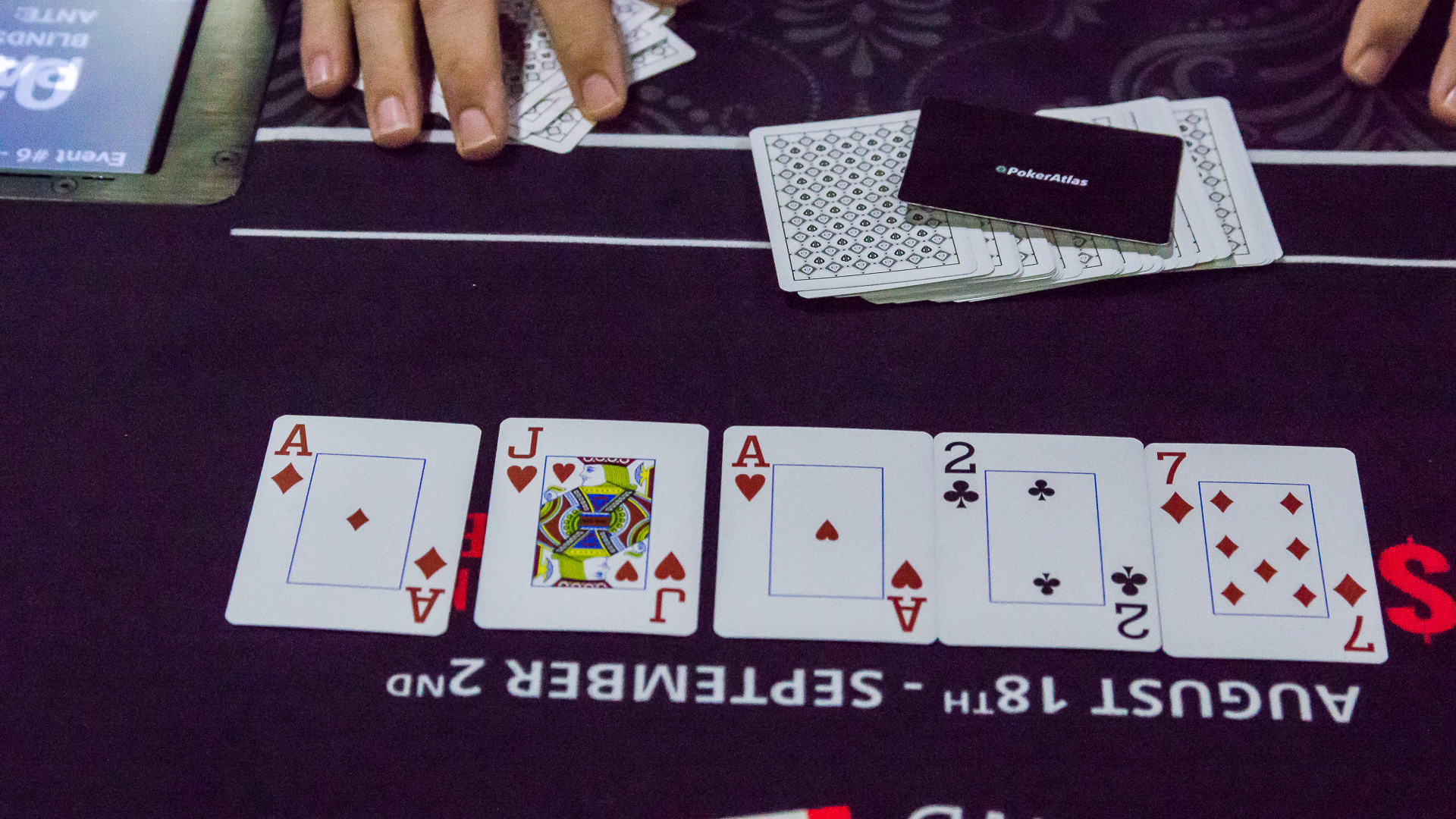 Here some of the players still battling it out on the felt as the tournament is approaching the money bubble (the top 22 will be paid):

The field is now down to 44 players and the average chip stack is just under 100,000. The top stack in play is from local grinder Nick “Shooter McGavin” Soller, in the lead with almost triple the average, sitting on 284,500 chips. Eddie Daldalian, the chip leader at the first break, is still on the leaderboard with 184,000, however three others have now surpassed Daldalian. 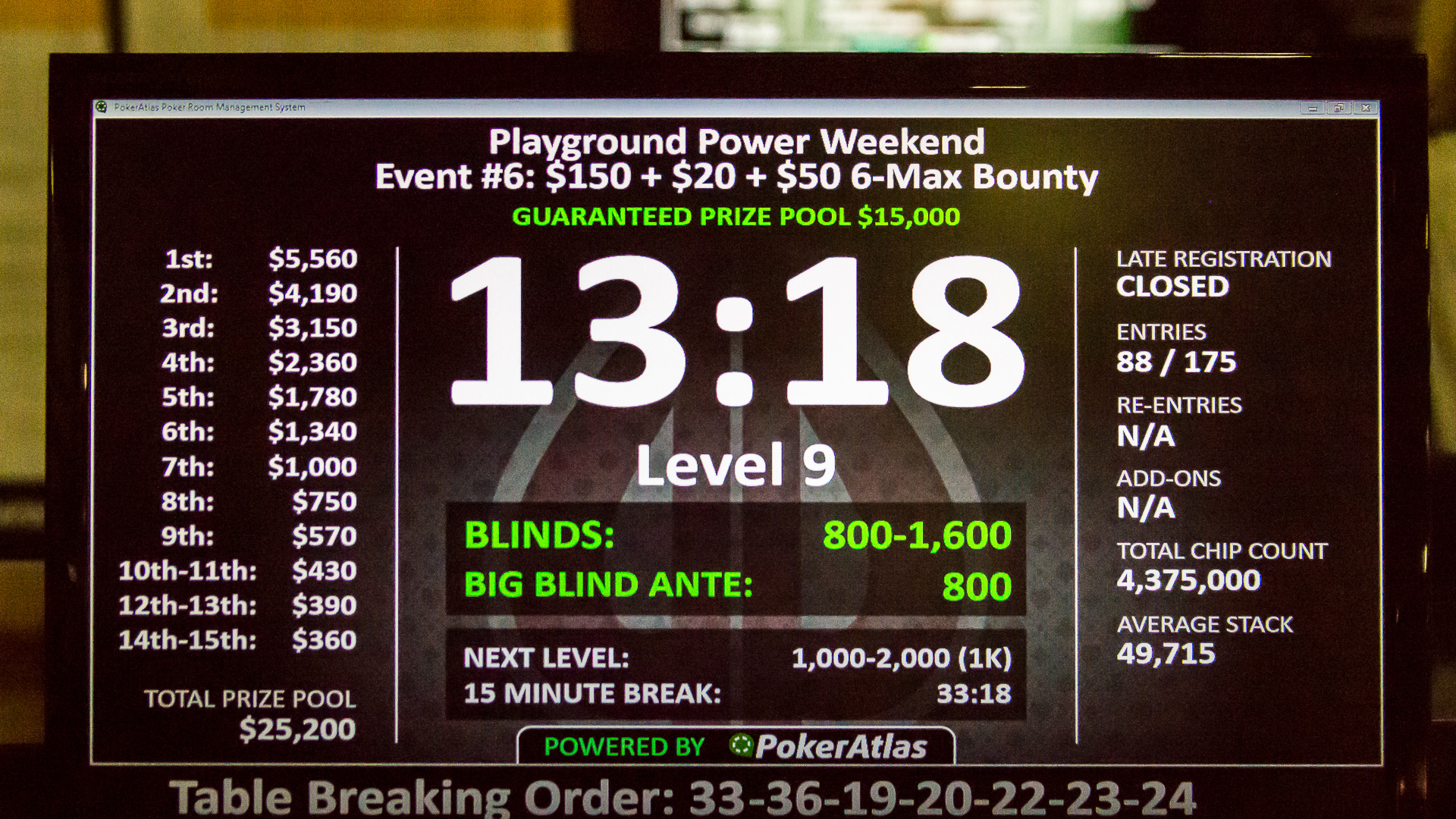 With the average stack in the area of 38,700, one player has managed to soar above the rest and has amassed an incredible 142,800 chips! That is approaching almost double the second place runner, Anderson F. (86,900) and the third place stack belonging to Albert Nguyen (84,900).

Here is the leaderboard after the first break:

Tonight, some Playground dealers who had the evening off jumped into the action to have some fun bounty hunting with the clientele.

On table 37, with the blinds at 400/800, Zacharie Desautels, a Playground dealer, raised it up under the gun to 1,700, and was called by Rong Xu from one seat over to his left. The other players folded their hands and go out of the way.

and Desautels checked. Xu bet 800 and was called by Desautels . The

fell on the turn and the action went check-check. The river brought the

and this time Desautels led out for 1,500. Xu stood up and started laughing, as he was trying to figure out what to do. He looked at Desautels and asked “are you bluffing?” Desautels smiled back and replied “I’m never bluffing.” Xu laughed and after giving it a little bit more thought, he made the call. Desautels opened up

for a rivered full house. Xu shook his head and paid off the river bet as the chips were sent to Desautels.

There are now 167 entries with still another 35 minutes left to go in the late registration period. Here are a few of the players involved in the action:

There are already 129 players entered into the tournament and so far four players have collected $50 bounty chips as the bounty hunters are hunting.

and Alexandre led out for 2,500, Erica called. The turn was the

and this time Alexandre threw in his bounty chip signalling that he was all in. Erica asked for a count and the dealer replied that it was 14,600. After tanking for a minute or so Erica called the clock on herself until eventually she open folded her cards, showing a pair of pocket jacks. Jean Francois never showed his cards.

Welcome to the last tournament of the July Power Weekend, the $150 + $20 + $50 6-Max Bounty, traditionally the last event of the Playground festivals, and, typically, the most fun of all of the events. Players start with 25,000 chips and play on six-handed tables through 20 minute blind levels, and there is a $50 bounty on each player’s head, meaning that the action is sure to be fast and furious. This is a freezeout event, so the players will have to pick their spots wisely. There is also a $15,000 guaranteed prize pool but with 92 players already seated at the tables, the prize pool will likely be much larger.

Late registration is open until the start of level 7 (9:15pm) meaning there is still another two full hours to come on down to join in on the action.

The floor has just announced: “dealers, shuffle up and deal“; the fun has just begun! 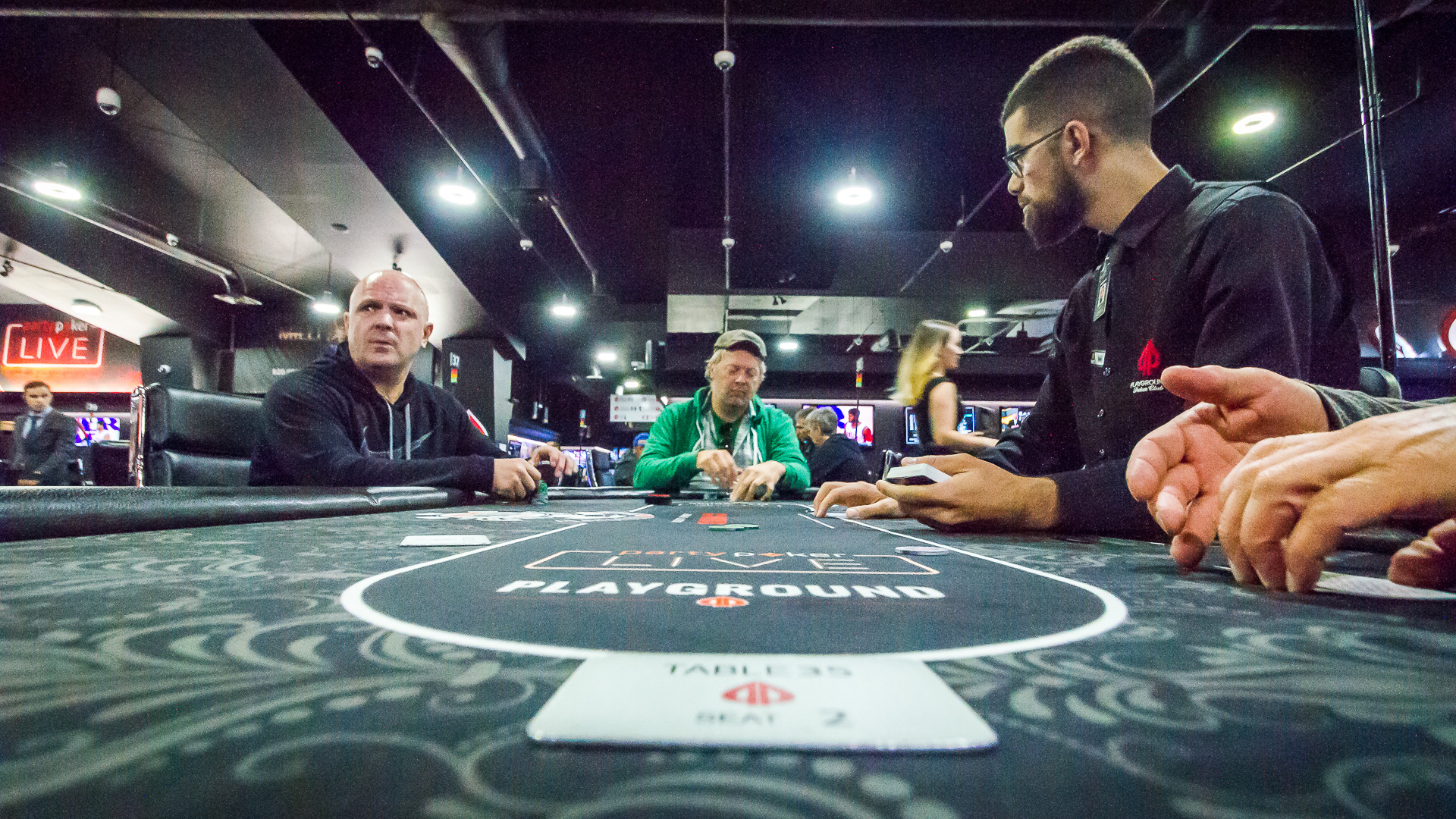