The Playground 100 was a multi day event that started with one online Day 1 flight and another five live Day 1 flights. Players started with 20,000 chips and played through 20 minute levels on Day 1 until 10% of the field was reached, at which point the players bagged their chips for Day 2 and would come back to play knowing that all were already “in the money.” The tournament featured a $50,000 guaranteed prize pool however with the 1,054 runners who entered the event, the prize pool swelled to over $100,000!

Day 2 saw many of the short stacks exit the tournament early from failed shove attempts to double-up. There were many solid players who chipped up nicely but in the end, one by one, many of them were sent to the rail and would not see the final table. Once the final table was reached, play began ten handed and within the first level of play, there were two bustouts. Once play went four handed the players tried to reach an ICM chip chop deal but it was ultimately refused. Then when play became three handed an ICM deal was finally reached between the trio.

Heads-up play between Paul El-Khouri, a very skilled cash game regular here at Playground, and George Rombotis, a skilled tournament and cash game player, lasted for at least a full 30 minutes. El-Khouri had most of the chips but Rombotis refused to die easily. They went all in many times and Rombotis kept doubling up, until the eventual last hand of play came to be.

On the last hand, Rombotis got it in with

, and was up against the

of El-Khouri. The flop came

, and one more time, Rombotis hit the flop, catching a five. El-Khouri just smiled. Then came the turn, the

, and all of the sudden El-Khouri jumped into the lead. The river was the

, which changed nothing, and just like that, the Playground 100 crowned a champion, Paul “PK” El-Khouri. 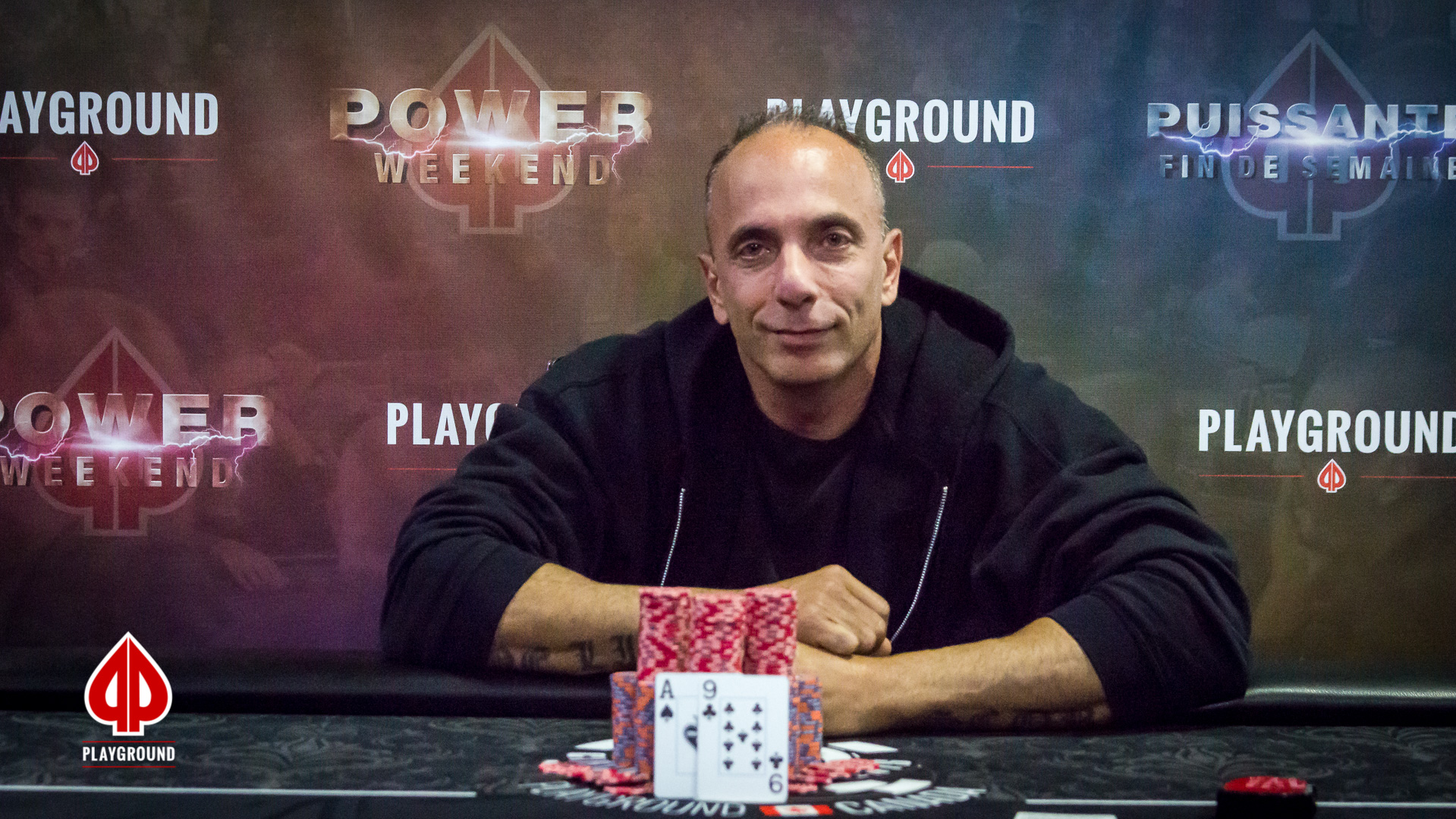 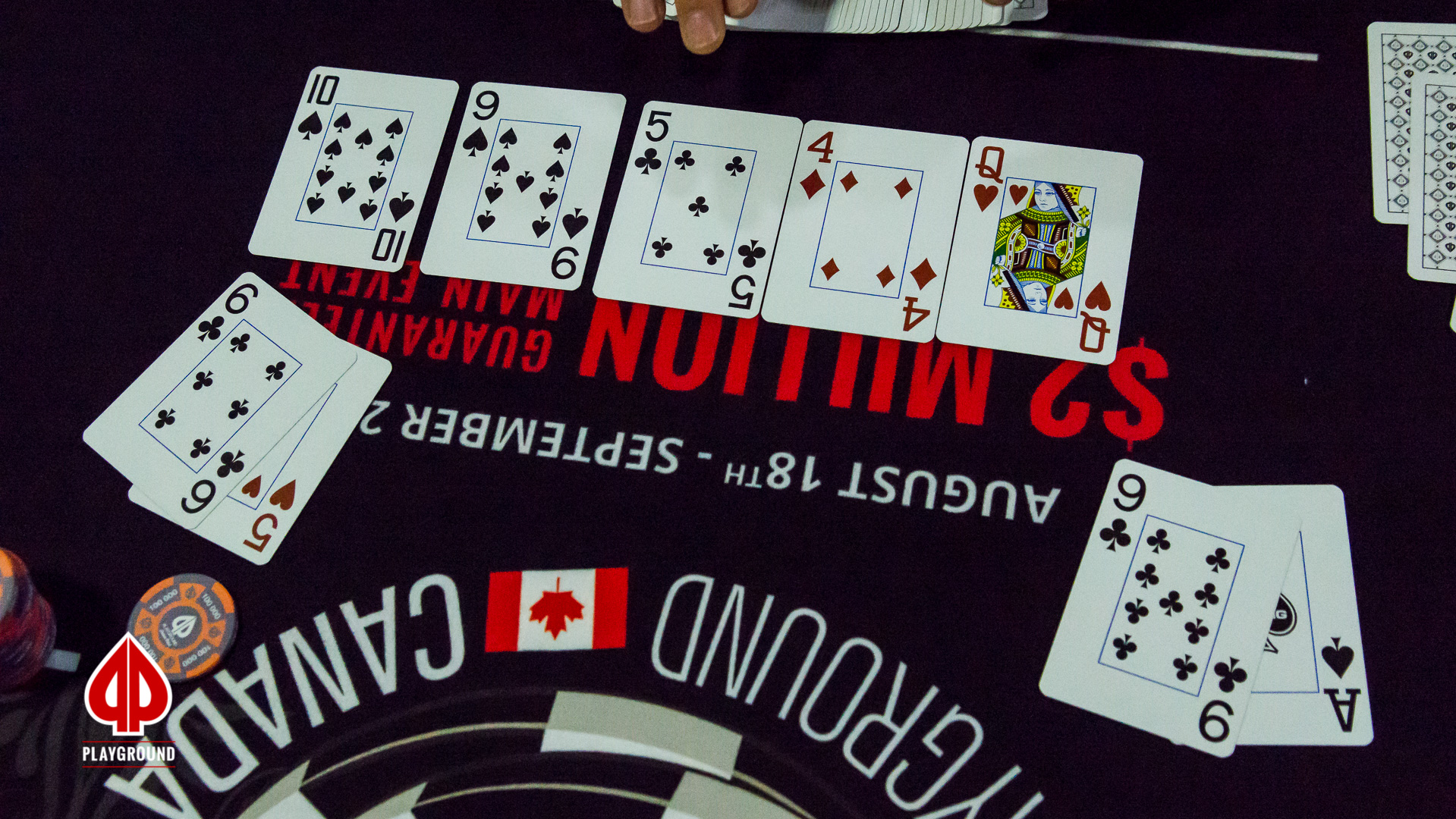 When the field was down to three players, they asked to stop the clock and work out the ICM numbers. Here are the numbers:

In addition to the ICM chop, the players would play down to a winner who would receive an additional $2,100. All three players agreed to the deal.

and Fournelle-Brisbois was sent to the rail in third place for $10,590. 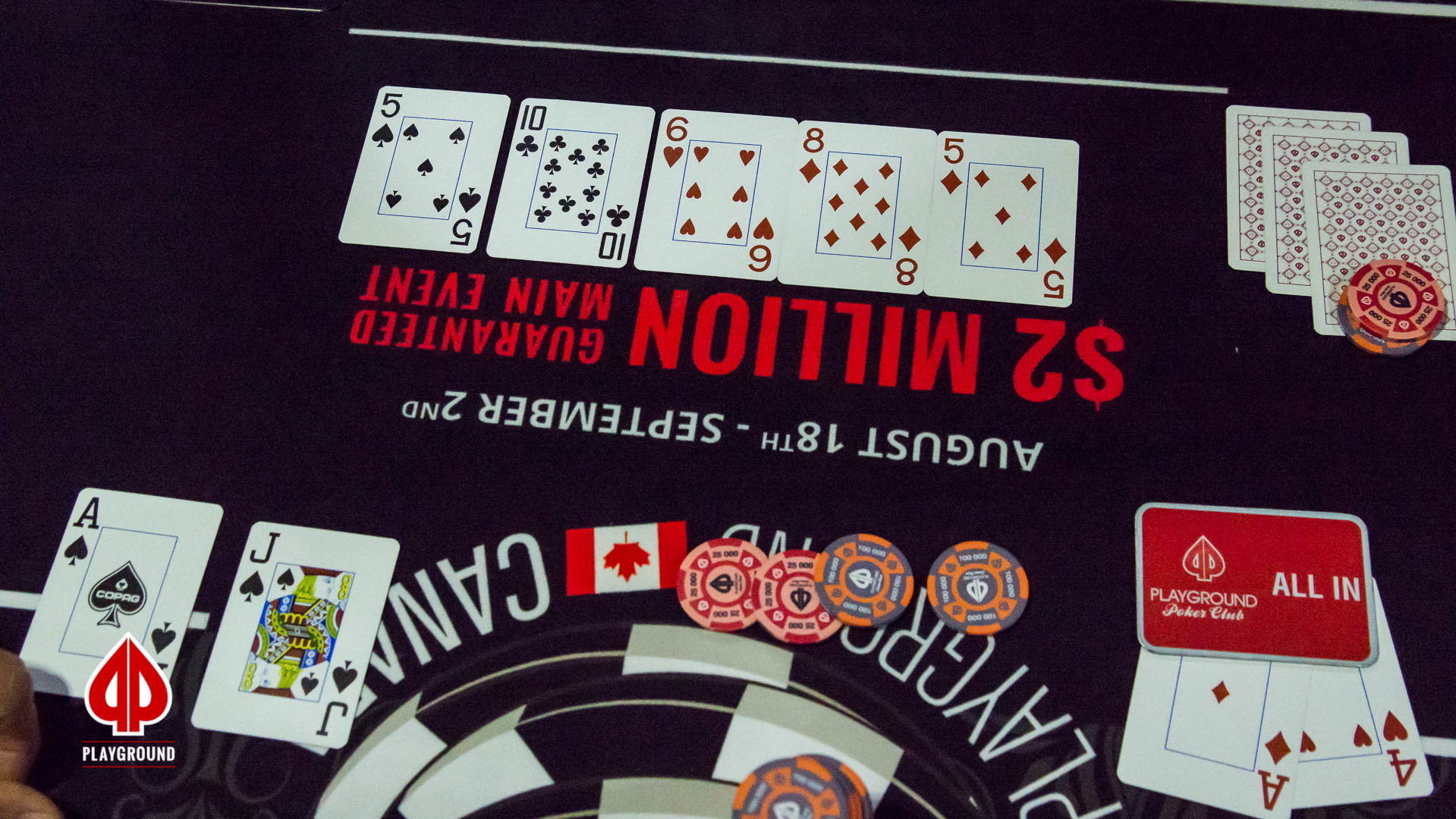 The players asked the floor to pause the clock so that they could discuss a deal, however, they could not reach unanimity so play continued.

A few hands later action folded to Lajoie who announced that he was all in. El-Khouri snap called and the hands were opened.

, and just like that, Lajoie’s tournament run came to end in fourth place, with a payout of $6,040! 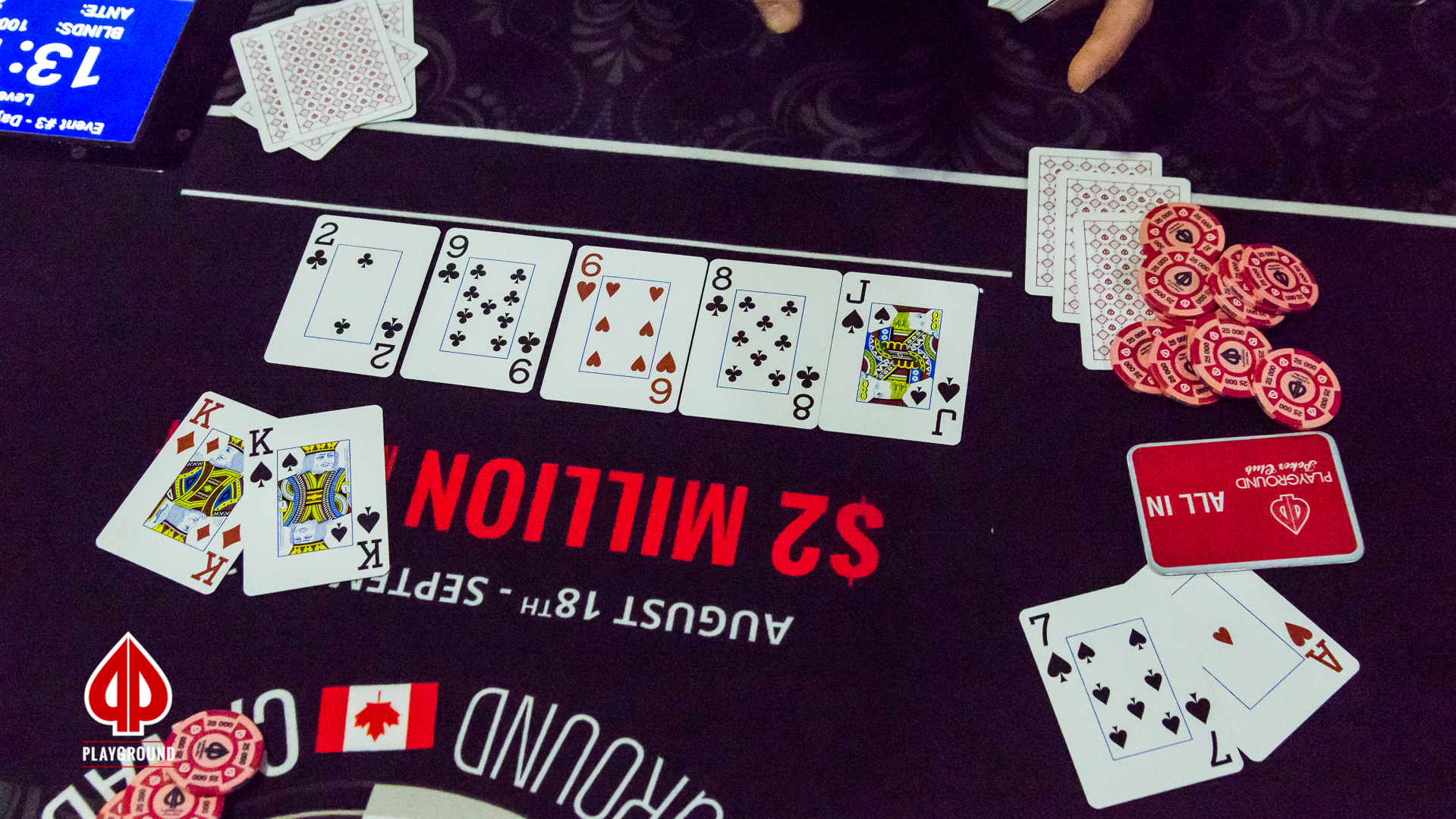 Mykyta Kurilenko opened for 350,000 and then Jeremie Fournelle-Brisbois shoved over the top for 1,025,000. Alexandre Lajoie tanked in the small blind but in the the end, he let go of his hand. Kurilenko made the call and the hands were opened.

As the flop was about to be fanned out by the dealer, Lajoie announced that he folded a pair of pocket sevens! Jeremie was delighted to hear that news, though, Kurilenko was obviously not so happy to find out that he was almost drawing dead.

and Fournelle-Brisbois had a huge double up, while Kurilenko was left crippled. 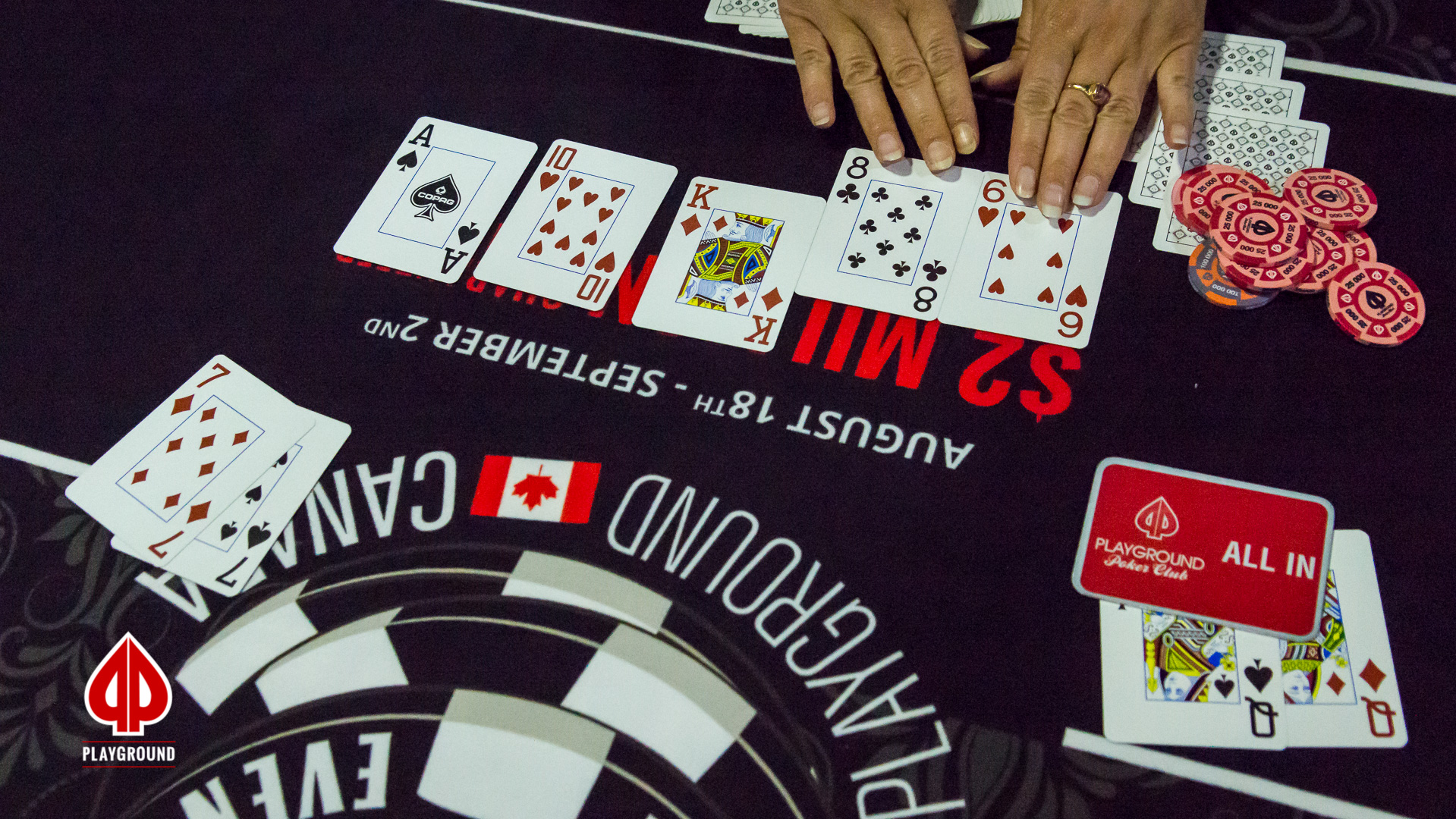 A couple of hands later Joel Berard shoved 1,225,000 and Fournelle-Brisbois re-shoved. The others folded and the hands were opened.

which was clean for Fournelle-Brisbois who did a happy dance as he added more chips to his stack. Berard left in sixth place collecting $3,650 for his efforts.

A few hands later Kurilenko busted out in fifth and was sent to the cage to collect $4,590. 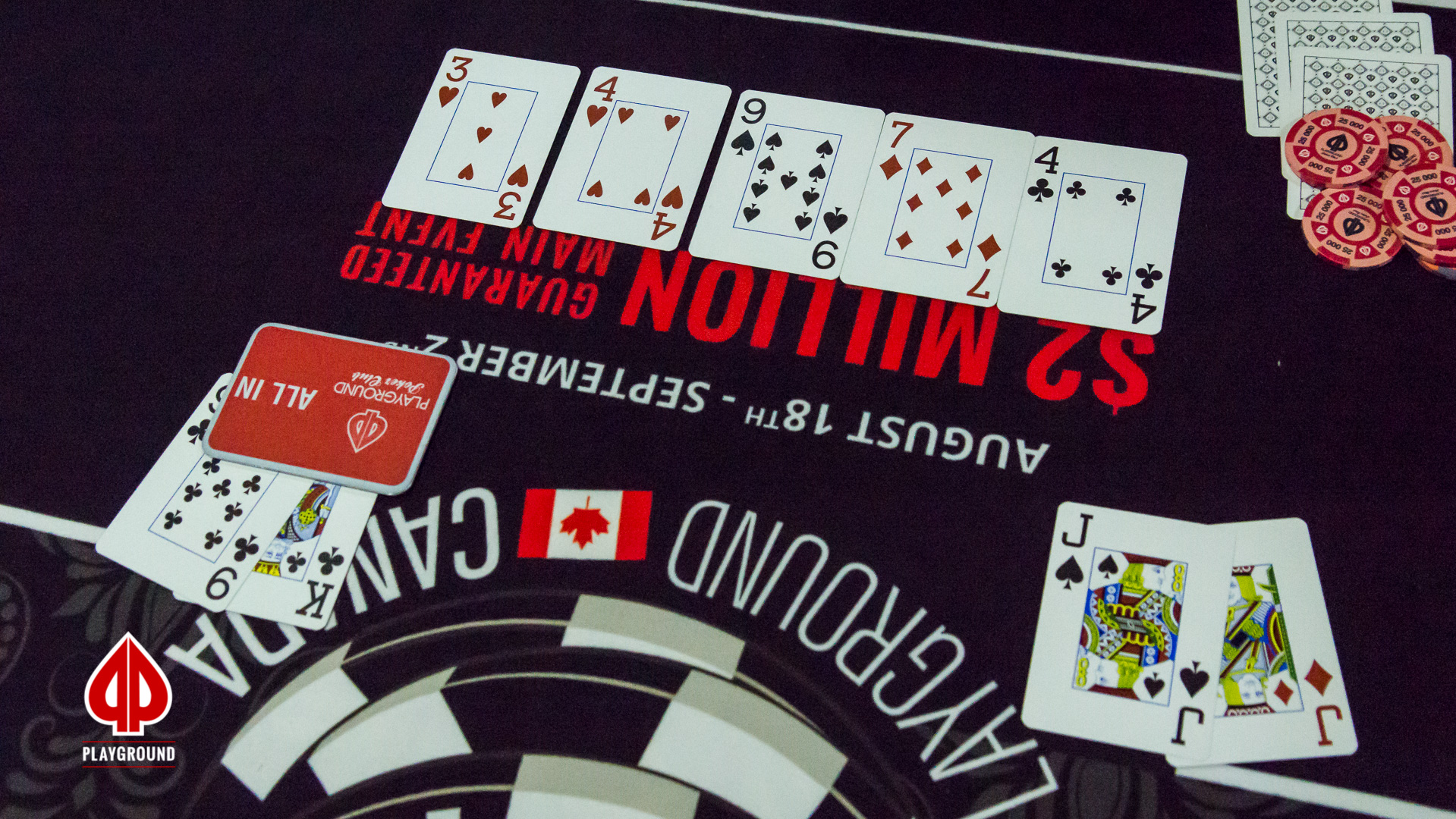 Action folded to Ron S. on the button who moved all in. El-Khouri made the call from the blind.

Ron S. had picked up two broadway cards which looked pretty sweet, but unfortunately for him, El-Khouri woke up with the big slick (AK) and was way ahead. The board ran out

which was no help at all to Ron who was sent to the rail in seventh place for $3,020. 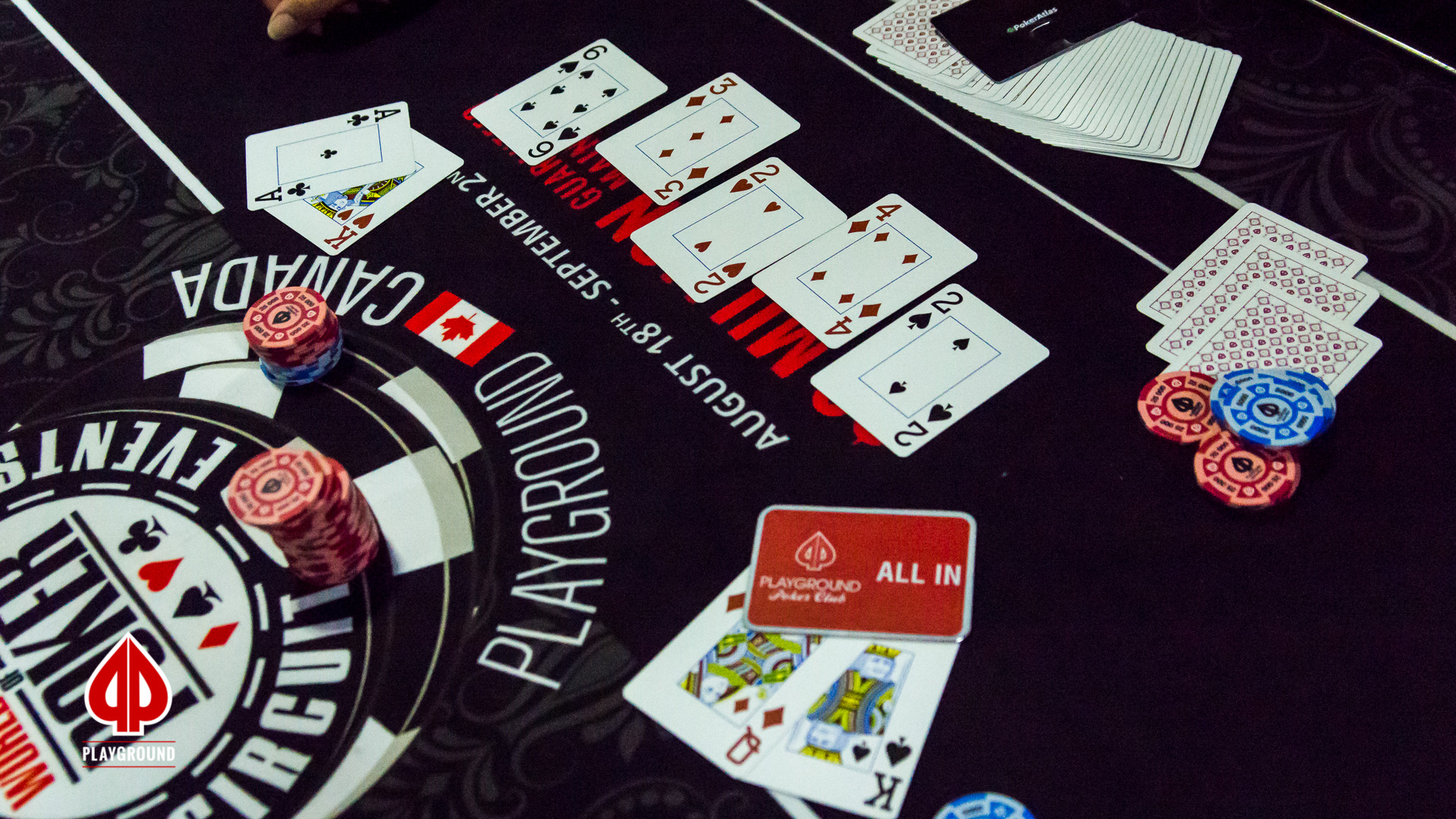 flop and to hit his king. The turn

was a blank and the 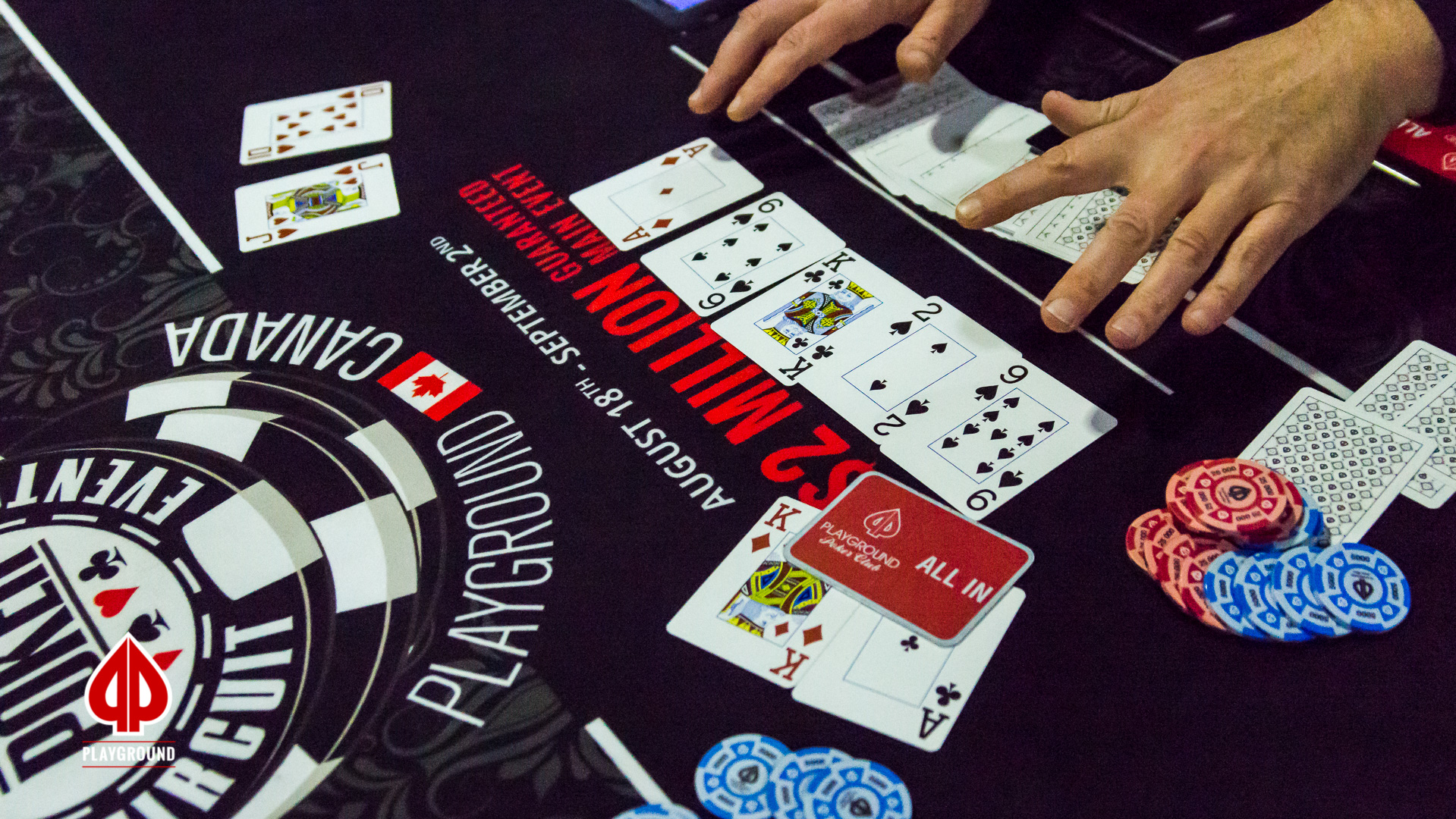 Ron S. limped UTG and it folded around to Alexandre Lajoie in the small blind who completed his option. William Pauze checked in the big blind. The flop came

and Lajoie checked, followed by a raise by Pauze to 900,000. Ron S. folded his hand and Lajoie shoved. Pauze made he call and the hands were tabled.

Lajoie had hit top pair and Pauze had two over cards. The turn was the

and Lajoie scooped the pot while eliminating Pauze in eighth position for $2,400. 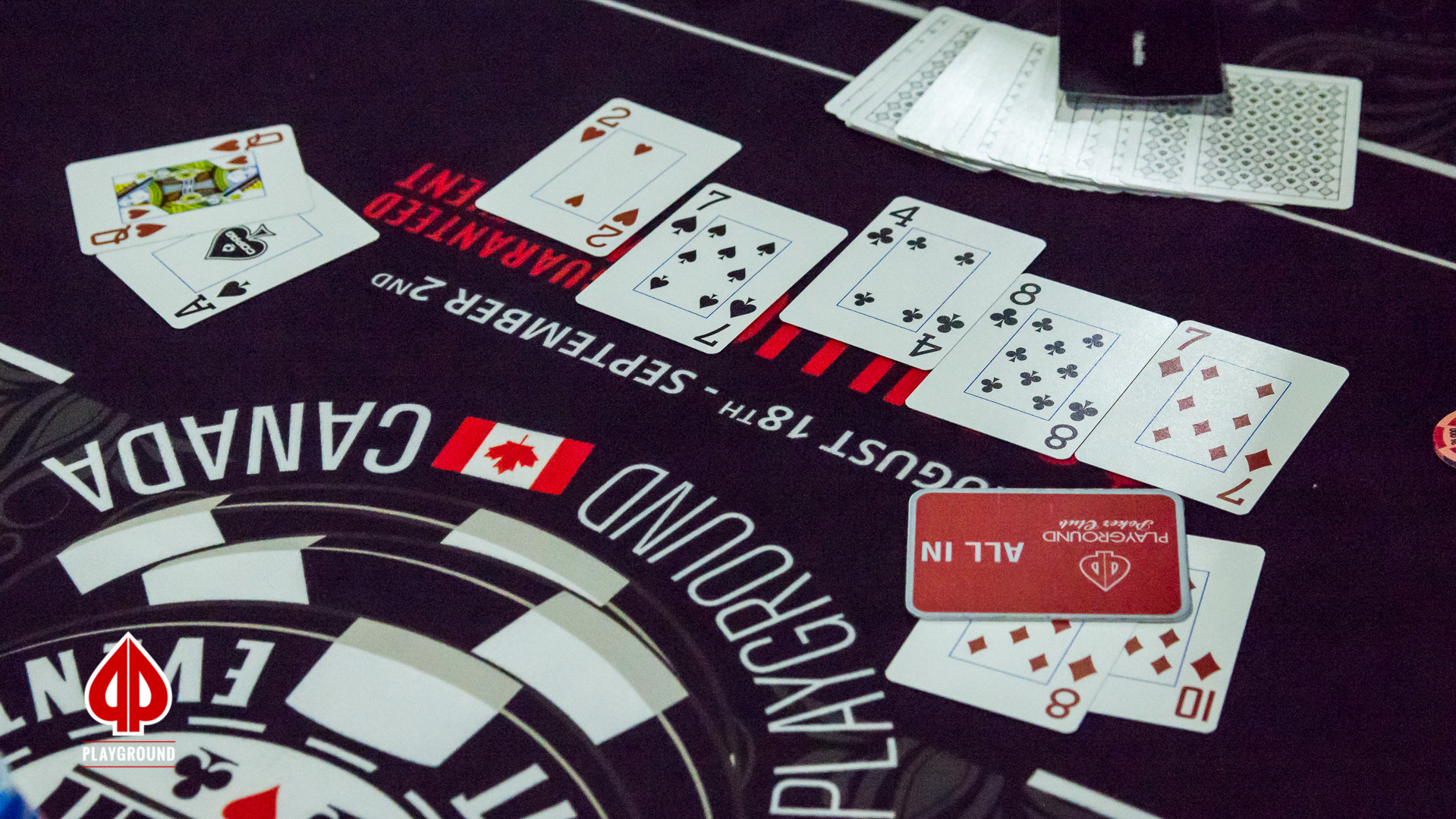 There have already been 2 eliminations on the final table: Eric Hoevenaars finished in 10th place, collecting $1,480, and, Charli Azoulay exited in 9th for a payday of $1,800.

The pay jumps will start to become substantial so play is expected to tighten up as everyone will be thinking about the ICM considerations. here are the remaining prize payouts: 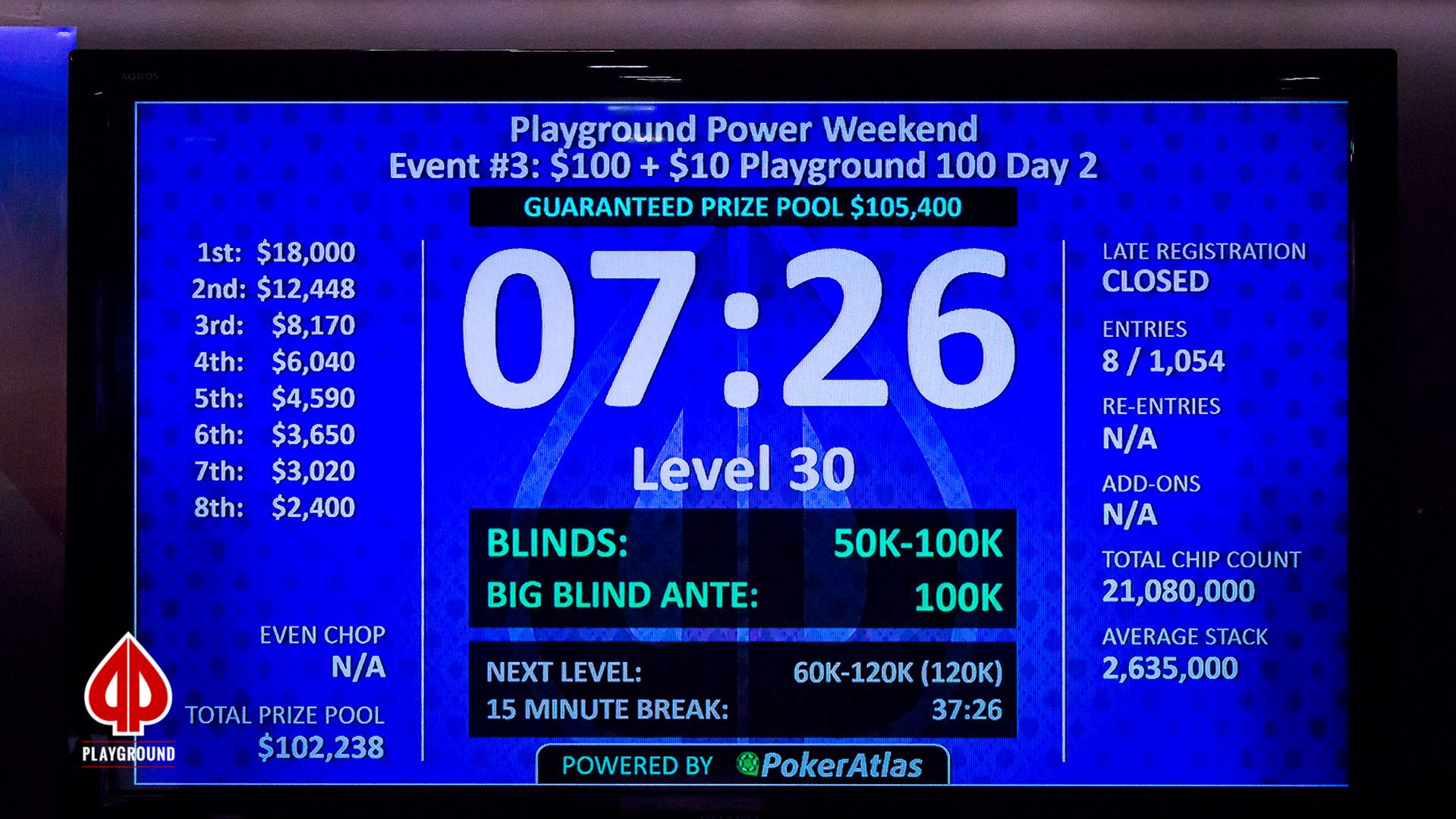 The final table has just started and although play has been nine handed today, the final table plays out ten handed. Alexandre Lajoie has taken the lead, but with the blinds now at 40,000/80,000, the lead could change at any given moment. Here are the final ten players:

The field is thinning out and some of the big boys are now gone as the chips have been moving back and forth over the last few levels.

Here are some of the remaining players still fighting for the $18,000 first place money:

The players just returned from another break and with the chip average hovering just under 850,000, we now have six millionaires. The leader of the pack is local cash game grinder Paul “PK” El-Khouri who is sitting on a cool 1,570,000. Jeremie Fournelle-Brisbois has moved into second place with 1,450,000, and Dave Bonneau is right behind with 1,389,000.

Here is the full leaderboard of the millionaire club:

The upcoming WSOP-C Playground will be an action-packed event with millions in guaranteed prize pools. And tonight is your chance to qualify early for the WSOP-C Main Event!

Starting at 8:00pm, tonight’s satellite provides excellent value for the $150 + $15 buy-in because it guarantees 15 $1,000 + $100 Main Event seats! The Main Event boasts a guaranteed prize pool of $2,000,000 so you will not be able to find better value than by playing your way in through tonight’s satellite. The satellite permits unlimited re-entries and late registration will be available until 9:45pm. Don’t miss out!