Every Sunday from January 12 to March 1, Freeway Frank will return to host Bust the Bank. It was a hit with players the first time around, and the 2020 edition promises to be even more spectacular.

Players can qualify for Bust the Bank through weekly raffle draws where every 250 points earned through EGD play gets you an entry. Also, points earned on Tuesdays will get players five times as many entries.

Each Sunday will feature five draws, with four winners per draw. Three contestants will be selected from the raffle drum and one contestant will be randomly chosen via hot seat draw from all active EGD players at the time. That’s 20 winners per draw day for a total of 165 winners during the Bust the Bank promotion!

Once all four contestants have been selected and are at the stage area, they will play a mini-game in order to identify who will move on to play Bust the Bank. This is getting exciting, isn’t it?

On Sunday, March 1, busting the bank will be more lucrative than ever. One special Golden Ticket draw will be conducted after each $100,000 Bust the Bank game, which will give 5 players a chance to Bust the Bank for $1,000,000 later that day at 9:00pm! Golden tickets can be won by either qualifying for Bust the Bank through the weekly raffle draws, winning a Wednesday Special Golden Ticket Hot Seat draw or finding one in a $150,000 Hot Seat Giveaway envelope. Click here for all the details.

With bigger prizes and more ways to win than ever before, Bust the Bank will help lots of winners start the year in style. Make Playground your Sunday destination so you can be one of them! 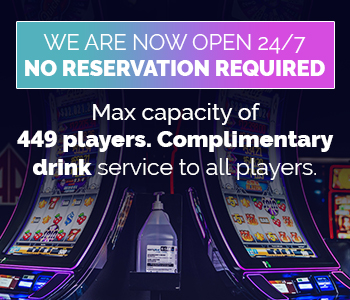