One-time release whisky, signed hockey pucks and the chance to meet Larry Robinson and Guy Lafleur: There is a lot in store in the weeks ahead for EGD players!

As Playground Examiner readers will recall, Playground’s Director of Charitable Initiatives, Larry Robinson, was recently on site signing bottles of his limited edition whisky. And now EGD players have the exclusive opportunity to take home a bottle of J.P. Wiser’s The Alumni Larry Robinson One-Time Release whisky thanks to this upcoming EGD promotion.

Playground will be holding raffles on August 17, 24 and 31 as part of this massive giveaway. On those days, each of the five hourly drawings will award five lucky players their very own signed bottle of J.P. Wiser’s The Alumni Larry Robinson One-Time Release whisky. This means that on each of those Saturdays, there will be 25 signed bottles given away!

Players can earn ballots for these drawings through EGD play in the week leading up to the draw. For every 200 points accumulated through EGD play, players will receive one raffle entry. This promotion goes above and beyond the Playground Rewards system so players do not have to spend their points on raffle tickets. Just visit the EGD cashier or Player Rewards desk to have your ballots printed, and you can save your points or spend them as you see fit on anything Playgrounds Rewards has to offer. Click here to see all the rules and regulations.

On August 18, EGD players will have the chance to meet hockey legends Larry Robinson and Guy Lafleur. Larry and Guy will be in the EGD room from 11:00am until 3:00pm to meet and take photos with players. They will be handing out 500 signed hockey pucks, making this a great opportunity to get your hands on a piece of limited-edition memorabilia. Larry and Guy will be distributing the signed pucks on a first-come, first-served basis, but they will not be signing any items brought in by players. They will also be making the rounds of the EGD room to give away 25 signed bottles of J.P. Wiser’s The Alumni Larry Robinson One-Time Release whisky to randomly selected people who are playing EGDs at that time. Click here to see all the rules and regulations.

There is a lot to look forward to in the month of August. Take advantage of Playground’s EGD space to make the most of these promotions. This is your chance to meet some living legends and take home some priceless collectibles. Don’t miss out! 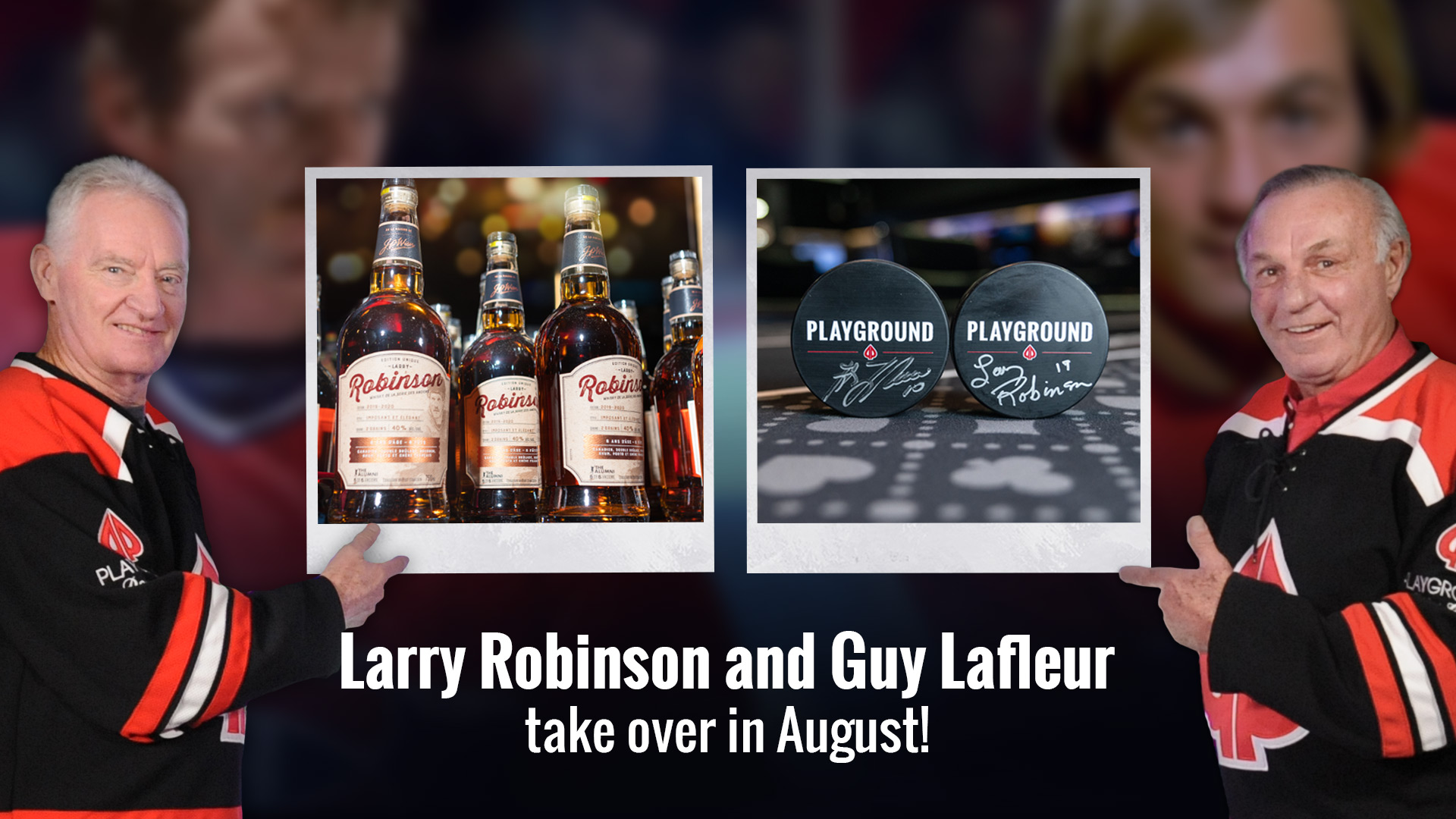