Last week, the online community rejoiced when a repeat of the $20,000,000 guarantee was announced for MILLIONS Online, which will conclude the 2019 MILLIONS tour as it did last year. This time, however, the massive tournament will double its buy-in to $10,300 and sit as the centrepiece of a full poker festival, with a proper set of side events!

Last year’s MILLIONS Online blew all previous online prize pool records out of the water. Here is a list of previous records:

As you can see, the amounts are rather close, allowing the assumption that the size of the online community dictated some kind of prize pool cap.

partypoker, however, did not assume any of that. The decision to put up a $20,000,000 guarantee was a bold one, to say the least. The poker world was shaken up. As history reveals, 4,367 entries contributed to surpassing the number by almost $2,000,000. Four players emerged millionaires. A resounding success.

We now have confirmation that the 2019 edition of the online tournament will hail from December 1 to December 10 and put up an identical guarantee of $20M. The buy-in, however, to get in line with all 2019 partypoker LIVE MILLIONS Main Events, is doubled to $10,300. Get ready for a full roster of daily feeders and satellites of all price points, allowing the whole community to write history as one!

At Playground, home of MILLIONS North America, second of five stops on the 2019 MILLIONS tour, we keep an eye out for any development regarding the MILLIONS Online side events. Stay tuned! 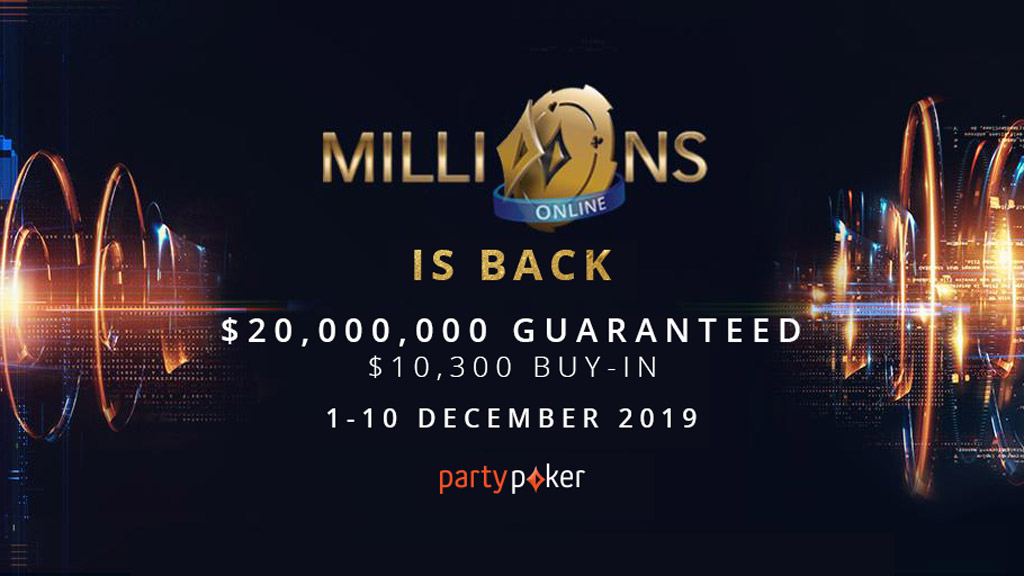